Spring travels brought me to the Middle Eastern country of Jordan on the days of May. Jordan is located between Israel, Syria, Iraq and Saudi Arabia, small but strangely charming. One of the most impressive and majestic place I’ve been to in Jordan was Wadi Rum desert which dubbed The Valley of the Moon — A must-visit destination of Jordan. So, what to do and how to plan a perfect budget trip to Wadi Rum Jordan (Wadi Rum desert) for the first-time? Let’s check out my Wadi Rum travel blog (Wadi Rum blog) through my field Wadi Rum trip with the ultimate Wadi Rum Jordan guide (Wadi Rum guide) from how to go from Petra to Wadi Rum, Wadi Rum what to see, what to eat and top things to do in Wadi Rum to find out the answer! 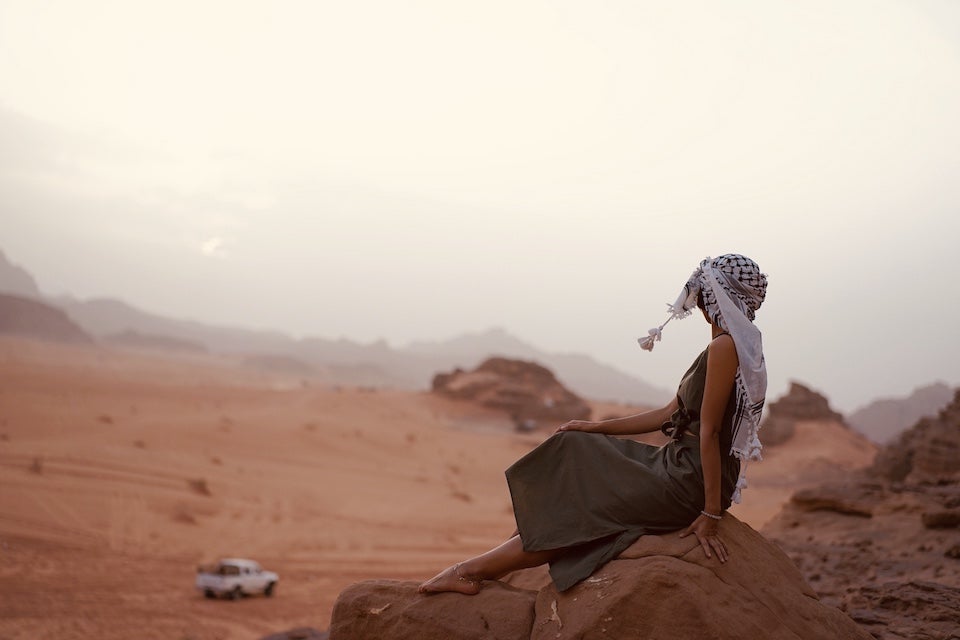 Closing my eyes, my mind was filled with a silvery color of sunlight covering the desert strip that had witnessed thousands of ups and downs. Jordan brings its own a beauty of the aridity, the fierceness of the sun, the wind, and the mystery of the past thousands years. We can only stand still and contemplate, engrave each moment in our souls and empathize with our fluttering hearts. More than anywhere else, I was lost between a civilization that had once reached its peak and wild nature. The two extremes seem to be opposites, but they are an unexpectedly harmonious entity.

Wadi Rum travel blog: The Valley of the Moon

Wandering along the “King’s Highway” from North to South of Jordan, after a few days’ stop in the ancient city of Petra, I came to Wadi Rum, the “Valley of Sand” in Arabic, also known as the “Valley of the Moon”. Wadi Rum belongs to the southern desert region and was also my last destination. Every time I think about it, it’s not Petra but Wadi Rum that makes me miss Jordan so much. Therefore, every line I write to Wadi Rum is a hasty scribble, as if I fear the beautiful memories of this strip of land will be like fine sand flowing between my fingers and flying in the whirlwinds.

Wadi Rum is unlike any other desert I’ve been to. This is not a faded white desert, dotted with dusty cacti. Not the golden sand dunes under the boring blue sky. I love this place because of its breathtaking, powerful and generous beauty, wild but gentle. The sandstone strips surrounding the valley in various shapes and shades, changing color according to the angle of the sun are the hidden secret to the charm of this place. Vertical cliffs, multicolored, as if rising from nowhere, majestic and mysterious. Interspersed with are long strips of sand in red, yellow, white, then yellow again, intertwined as if there was no end. Here and there, the patchwork huts of Bedouin nomads and a few camels huddled in the shadows of rare acacia trees, reminded me of human life in that quiet space.

Wadi Rum’s majestic and surreal landscape is frequently chosen by Hollywood filmmakers as a backdrop for sci-fi movies such as “Prometheus (2012)” by Ridney Scott, “Red Planet (2000)”, “Rogue One: A Star Wars Story (2016)”… or more recently, “The Martian (2015)” with the acting of Matt Damon. But perhaps the most famous foreigner to ever mark this place is a British archaeologist, military officer T.E. Lawrence, the main character in the classic 7 Oscar-winning film “Lawrence of Arabia (1962)” which recreated his life and the Arab uprising of 1916-1918. Colonel Lawrence described a “vast, echoing, divine” desert, and 100 years later, Wadi Rum is still the same, making me unable to refuse.

If you look down from above, Wadi Rum is like a picture printed on an old postcard, you’ve seen it hundreds of times, then lost it all the time. Then one summer afternoon, I found that card in a book, curled, faded, and this time, with a picture of me standing in the distance. When we’ve traveled enough, we know in every destination we’ll find a meaningful something. Coming to Wadi Rum, I felt like I found myself.

Wadi Rum is an alternating sequence of calm and intense. I was fortunate to be able to admire those shades. During the days I was there, the sun wasn’t as warm as one would expect. Wadi Rum in me is the storm. One afternoon, clouds layer upon layer, drawing pictures in front of each other. Thunder rumbled and lightning flashed, the tornado came and swept away the thin scarf, as if a thunderstorm was about to fall. But then in the blink of an eye, everything disappeared into nothingness. Another day, the rain really came. Rare drops of rain are pressed against the car window, brushing dust and sand in a stream. Then hail fell on the hut where I was staying. The ice cubes were the size of a chicken egg, pounding on the red sand. And suddenly, the dark cloud pulled away as quickly as it came, leaving me dumbfounded.

Sunrise and sunset are the two most glorious moments of the desert. Amidst the rains, the setting sun descended below the last layer of clouds. The space suddenly lit up one last time, like a miracle. Warm pink, then red, quiet in space but strong in emotions.

With weather like that, I can’t go according to any plan. The young boy Farar led the way, taking me to shelter from the rain at his relative’s hut. Between the two tornadoes, he told me to climb a mountain to take advantage of the view, then quickly called me down when another tornado suddenly hit. The inhabitants of Wadi Rum are only a few Bedouin tribes, everyone knows each other and everyone seems to be cousins. Farar belongs to the Zalabia tribe. He proudly led me to the source of water where many years ago, his grandfather first set up camp and since then he had settled down. I love listening to him tell stories about the life of a nomad along with a cup of tea with herbs. Bedouin tea is totally different from Moroccan or Turkish mint teas. They boil black tea with fragrant leaves available in the desert. Most are sage leaves and thyme, mixed with a little sugar, slightly sweet and fragrant. In the middle of the desert, the dry grass splintered under the teapot, sending red embers into the dark night.

In the night, I heard the echo of the desert as clearly as if it were a reflection of my soul. The surrounding is completely quiet, the sand lies quietly. Everything was so quiet that, if this weren’t a desert, I might have heard the plants sprouting. Then I jumped into the old car with no headlights, hummed, and plunged into the deep night.

Wadi Rum Jordan guide: How to go from Petra to Wadi Rum?

The mini bus from Petra to Wadi Rum runs at (approximately) 6 am. You should ask the receptionist to book a car from the day before, then in the next morning you go to the hotel door to wait. The car will go through all the hotels booked to pick up guests. This ride has a fare of 10 JOD/person.

The bus will only run when it is full, so if you should spend time to wait the bus to avoid rush.

From Petra, you can easily find a taxi to Wadi Rum for about 40 JOD / 1 trip for 4 people.

Wadi Rum blog: How to buy a tour in Wadi Rum?

Wadi Rum is the desert region of Southern Jordan, with breathtaking scenery. Although it is not very large, it is completely wild and has no roads. Therefore, you should buy a tour from a local to avoid getting lost. Tours usually start at 9-10 am at Wadi Rum village, ranging in length from 1 to 3 nights. You should choose tour agencies that have tents located in the valley for convenient transportation and watching the sunrise and sunset as well.

The 2-night tour costs about 120 JOD/person. If want to add a camel ride of about 1 hour, then pay an additional of 20 JOD / 1 person. You can book the tour via Rum Star (http://www.rumstars.com). Read our previous article to know how to book, price and joining a Wadi Rum here.

Some best day tours, trips, activities and transfer services, tickets in, from and to Jordan, Petra, Amman you can refer to 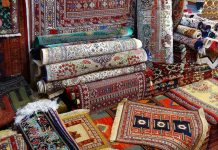 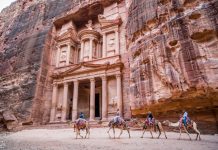