If you have plans to see the entire world in all its grandeur, UNESCO’s official list of World Heritage Sites is a good place to start. UNESCO’s list of protected locales are as stunning as they are diverse.

This sacred collection consists of 1,052 locales across the globe – historical and cultural, natural and manmade – that meet some very lofty criteria, including this: They have to be “of outstanding value to humanity.”

This week, the World Heritage Committee’s annual meeting came to a close with a bevy of freshly-inscribed World Heritage Sites. And with the committee’s extreme standards, we can be sure that this impressively curated list includes places that are as diverse as they are breathtaking and significant.

From a chain of ancient, partially submerged volcanoes in the Pacific to deep caves where neanderthals once lived, say hello to UNESCO’s 21 newest members of the World Heritage List – one of the most important travel bucket lists of our time.

While some of these wondrous spots are located in countries that the State Department has warned American travelers from visiting, you can take a virtual trip with the photos below.

Also known as the “City of 1,001 Churches,” Ani was a once-thriving medieval city that was devastated by an earthquake in 1319.

2. The Ahwar of Southern Iraq

The Ahwar is made up of seven sites: the remains of Mesopotamian Cities cities of Uruk, Ur and Tell Eridu and four wetland marshes. These sites are some of the world’s largest inland delta systems that exist in an extremely hot and arid environment.

This harbor is made of Georgian-style structures tucked away in a narrow bay on Antigua island. The highlands surrounding the narrow bay offered protection from hurricanes.

This site consists of three megalithic tombs – the Menga and Viera dolmens and the Tolos of El Romeral – and two natural monuments known as the Peña de los Enamorados and El Torcal mountainous formations. As UNESCO notes, these dolmens are “one of the most remarkable architectural works of European prehistory.”

This walled city, founded in 356 BC by the Macedonian King Philip II, was developed as a “small Rome“ and later became a center of the Christian faith following the visit of the Apostle Paul in 49-50 CE.

Architect Le Corbusier was a pioneer of modern design. The 17 sites chosen by the World Heritage committee were built over a half-century. His work reflects “the solutions that the Modern Movement sought to apply during the 20th century to the challenges of inventing new architectural techniques to respond to the needs of society.”

This ancient qanat system consists of 11 underground tunnels used to carry water from the heads of valleys to rest areas or water reservoirs in the arid regions of Iran.

There are four caves tucked away inside the Rock of Gibraltar which have provided evidence of Neanderthal occupation over a span of more than 125,000 years. These caves have allowed researchers to better understand Neanderthals and their cultural traditions.

This site consists of 99 artificial islets constructed by humans off the coast of Pohnpei between 1200 and 1500 CE. Now, these islets contain the remains of stone palaces, temples, tombs and residential areas – but are also listed by UNESCO as “in danger” due to climate change and coastal erosion.

There are dozens of examples of rock art on the steep cliffs in southwest China, and they are the only remains left in the world that reveal what life was like for the Luoye people, who date back to around the 5th century BCE to the 2nd century CE. These drawings have been interpreted as portraying south China’s once-prevalent bronze drum culture.

This ancient university, comprised of a monastic and scholastic institution, dates back from the 3rd century BCE to the 13th century CE. Now, there are only remnants of stupas, shrines, vicars and art made of stucco, stone, and medal.

One of the largest mountain ranges in the world, Western Tien-Shan, reaches altitudes of more than 14,700 feet and includes exceptionally rich biodiversity.

This listing combines some 30 sites across several countries all containing these distinctive medieval tombstones known as stećci. These cemeteries date back to the 1100s are are mostly carved from limestone.

This quirky cultural center, built in 1940 around an artificial lake, was designed by renowned architect Oscar Niemeyer in collaboration with other artists. The space includes a casino, ballroom, Golf Yacht Club and the São Francisco de Assis church.

These four remote islands are part of a submerged mountain range, with each peak representing the peaks of volcanoes emerging from the sea. They’re a critical habitat for seabirds and marine life, with an abundance or large pelagic species including manta rays, whales and sharks.

Between June and October, this arid subtropical area is swept by strong winds, which transport sediment and cause aeolian erosion on a colossal scale. Consequently, the site presents some of the most spectacular examples of aeolian yardang landforms.

These rugged sea cliffs are named after the frequent fog that blankets the rocky coast, blinding sailors from the hazards near the shore. This shoreline also contains some of the oldest known assemblages of large fossils in the world, with some dating back to 560 million years ago.

These two sites protect ancient forests in central-eastern China and is home to some of the country’s rarest animal species, including the Chinese Giant Salamander, the Golden or Snub-nosed Monkey, the Clouded Leopard and the Asian Black bear.

A collection of valleys, lakes, glaciers and snow-capped mountains are tucked away in the heart of the Himalayan range in northern India. These incredible features also include the world’s third largest peak, Mount Khangchendzonga, which comes with its own set of caves, rivers and lakes, which are worshipped by the area’s indigenous people.

Years and years of water and wind erosion have sculpted this sandstone into stunning canyons, valleys, natural arches and pitons. Thousands of images have been painted and carved into the rock surface of caves, canyons, and shelters, presenting one of the largest ensembles of rock art in the Sahara.

Siem Reap itinerary 4 days — What to do in Siem Reap in 4 days? 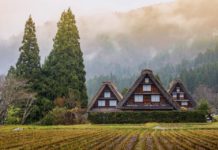 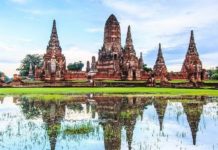 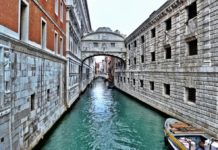