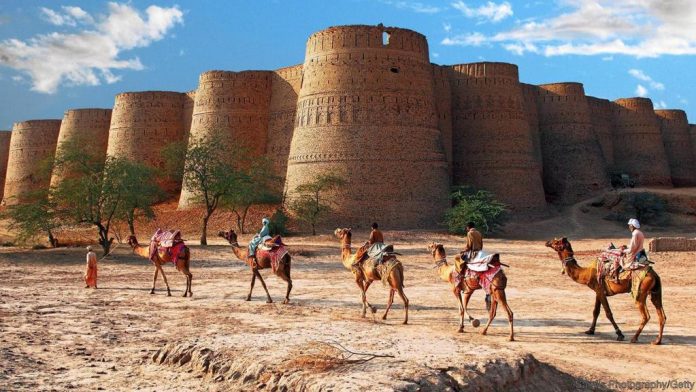 Forget the Taj Mahal and the Colosseum – some of the world’s most impressive structures remain out of the public eye.

We’ve all heard of the Colosseum, the Great Wall of China, and the Taj Mahal. But what about the world’s undiscovered architectural wonders: the man-made marvels where most crowds don’t stray?

To uncover a few of those hidden structures, we turned to question-and-answer site Quora, asking “What are some lesser known architectural landmarks in the world?”

Palace of the Parliament, Romania

The world’s largest, most expensive and heaviest civilian administrative building, Bucharest’s Palace of the Parliament is truly an unknown wonder. “Built by hated communist dictator Nicolae Ceausescu… the building is so huge that it is difficult to take a photograph that does its scale justice,” said Quora user Jann Hoke, a lawyer who worked in the palace in the mid-1990s.

Built in 1984, the neoclassical building has 12 stories (with eight additional stories underground), and some 3,100 rooms covering 330,000 sqm. The project cost an unprecedented 3.3bn euros, but it also cost the people of Bucharest much of their city. To build the Palace of the Parliament, one-fifth of central Bucharest was razed, including most of its historical districts, more than 30 churches and synagogues and some 30,000 homes.

“The patterned carpets on the main level, which run through hundreds of yards of wide corridors, were woven inside the building during construction,” Hoke said. “Weaving them outside and bringing them in was not feasible due to their sheer size.”

Built in 1907, the Great Mosque of Djenne is the largest mud structure in the world, constructed almost entirely of sun-baked earthen bricks, sand and a mud-based mortar and plaster. It is considered one of the greatest achievements of the Sudano-Sahelian architectural style and was designated a Unesco World Heritage Site in 1988. 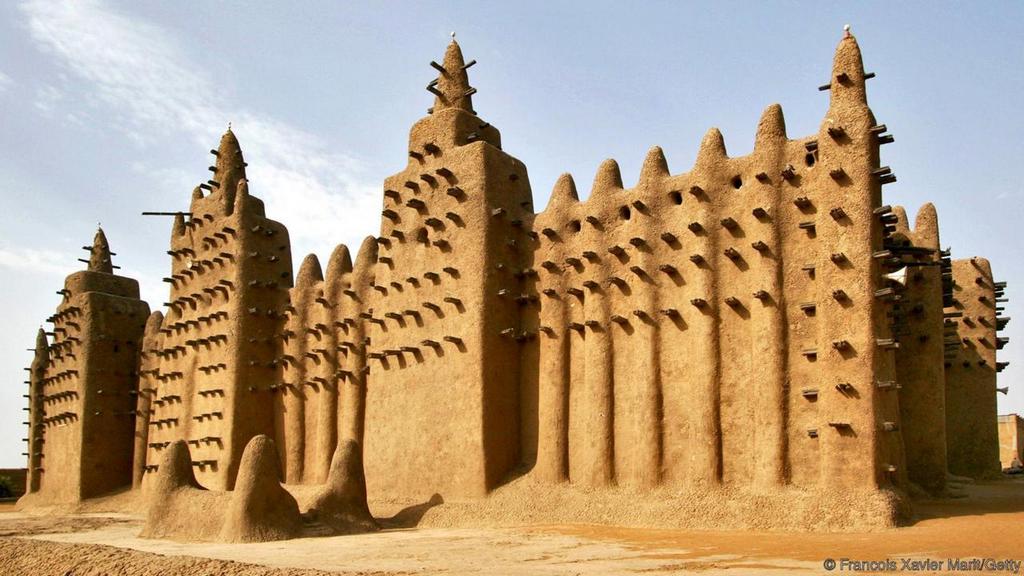 The mosque’s three minarets are decorated with bundles of rodier palm, which double as scaffolding for the annual repairs – a tradition that’s become a local festival in April and May.
“The brutal North African summers bring out cracks in the mud and weaken it over time,” said Quora user Abishek Lamba. “Before the yearly rains that follow, the locals get together and re-coat the entire building with clay from a dried up pond.”

A fortress of monumental proportions, Derawar’s 40 stunning bastions rise from the desert in a striking square formation. Combined, the fort’s walls form a circumference of some 1,500m and stand some 30m high. 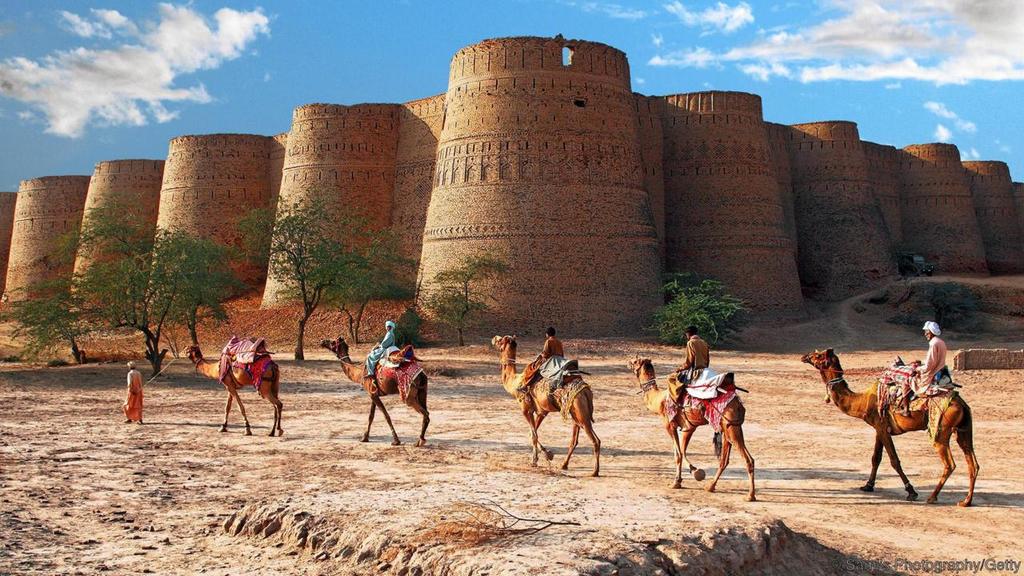 “This is a magnificent structure in the middle of the Cholistan Desert,” said Quora user Faisal Khan. “Many people don’t know about the Derawar Fort. Even most Pakistanis don’t know of it.”

And for good reason: to get to the fortress, visitors must hire a guide with a four-wheel drive vehicle to make the day-long trip from the city of Bahawalpur, Pakistan through the Cholistan Desert to the fort, where special permission from the amir, or local leader, is needed to go inside.

One of the most overlooked landmarks in India, Rajasthan’s Chand Baori is a spectacular square stepwell, 13 storeys deep, with walls lined with scores of double staircases that descend some 30m to the bottom of the well, where a pool of emerald green water awaits.

The mesmerising maze of symmetrical steps “appears to form a never ending path deep underground,” said Quora user Vipul Yadav. With its 3,500 steps, Chand Baori is “one of the deepest and largest of its kind in the world”.

Built by King Chanda of the Nikumbha Dynasty between 800 and 900 AD, Chand Baori was designed to be as practical as it was pretty. Due to the structure of the well, the bottom of it remains cooler than the surface, critical in the hot, arid landscape of Rajasthan.

If every great architectural landmark has a story, Bosnia-Herzegovina’s Stari Most has a comeback story.

“The Old Bridge, or Stari Most as it’s called by locals, was built of 456 blocks of local stone in 1566 by the Ottoman Turkish architect, Mimar Hajrudin,” said Quora user Haris Custo. “It was the heart of our city for 427 years.” 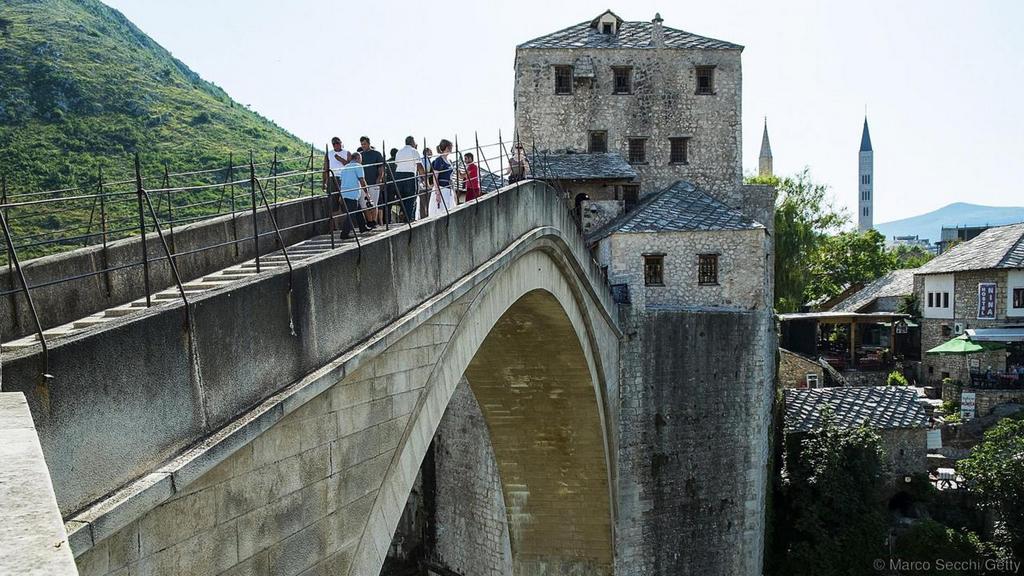 The hump-backed bridge is located in the city of Mostar, where it crosses the Neretva River. At 4m wide, 30m long and 24m high, it is one of the country’s most recognisable landmarks and is one of the finest examples of Islamic architecture in the Balkans.

But in the 1990s, the bridge was destroyed by Bosnian Croat forces during the Bosnian war. After the war, the city – and the bridge – began rebuilding. “It took almost 10 years to make that idea come to life, and in July of 2004 a new ‘old bridge’ was open again,” Custo said.
While the bridge has changed since its reconstruction, one long-time tradition remains: locals still dive off the bridge into the icy waters of the Neretva to show off their bravery and skill.

“We have all heard of the Great Wall of China, but few know that India also has its own Great Wall, which has been long overshadowed by its neighbour to the East,” said Quora user Ayush Manu.

The Great Wall of India, also referred to as Kumbhalgarh, is the second-longest wall in the world, after the Great Wall of China. Located in Rajasthan, the wall is 4.5m thick in some areas, extends for 36km and has seven fortified gates. 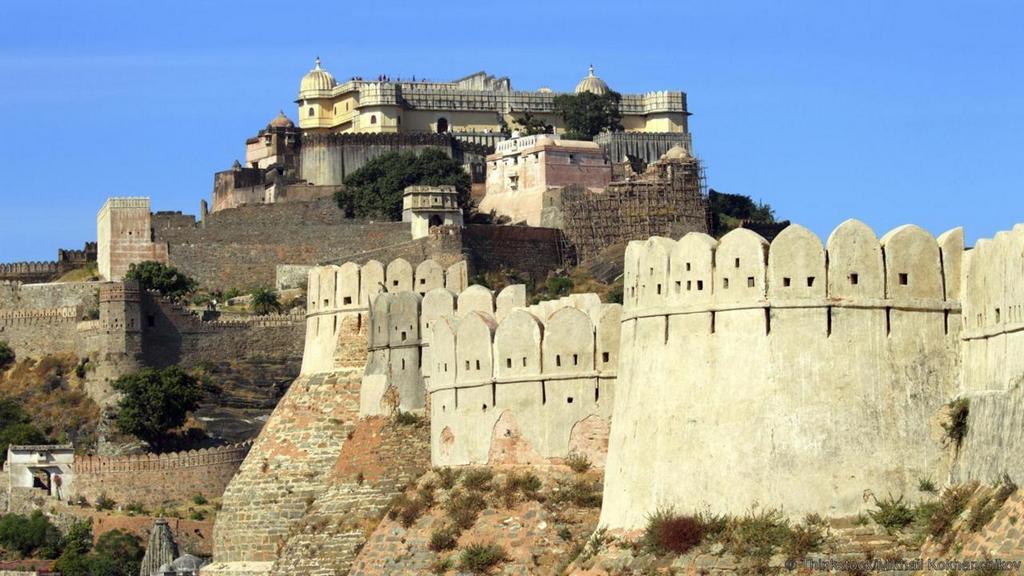 Rana Kumbha, a local ruler, commissioned the wall in 1443 to protect his fort, situated on a hill above.

“Legend has it that despite several attempts, the wall could not be completed,” Manu said. “Finally the king consulted one of his spiritual advisers and was advised that a sacrifice be made, and a volunteer offered his life so that others will be protected. Today, the main gate stands where his body fell and a temple where his severed head came to rest.”

The wall was enlarged in the 19th Century and now protects more than 360 temples located within its walls, but it remains an unknown treasure to most of the world.

Located in Naghsh-i Jahan Square in the city of Isfahan, the stunningly elegant mosque was built between 1603 and 1619 during the reign of Shah Abbas I. It is named after the ruler’s father-in-law, Sheikh Lotfollah, a revered Lebanese scholar of Islam.

The mosque is unusual in that it features no minarets or courtyard. “This was probably because the mosque was never intended for public use, but rather served as the worship place for the women of the shah’s harem,” Khatam said.

As such, the prayer hall is reached through a long, twisting, underground hallway, and the decoration on the mosque is extraordinarily exquisite. 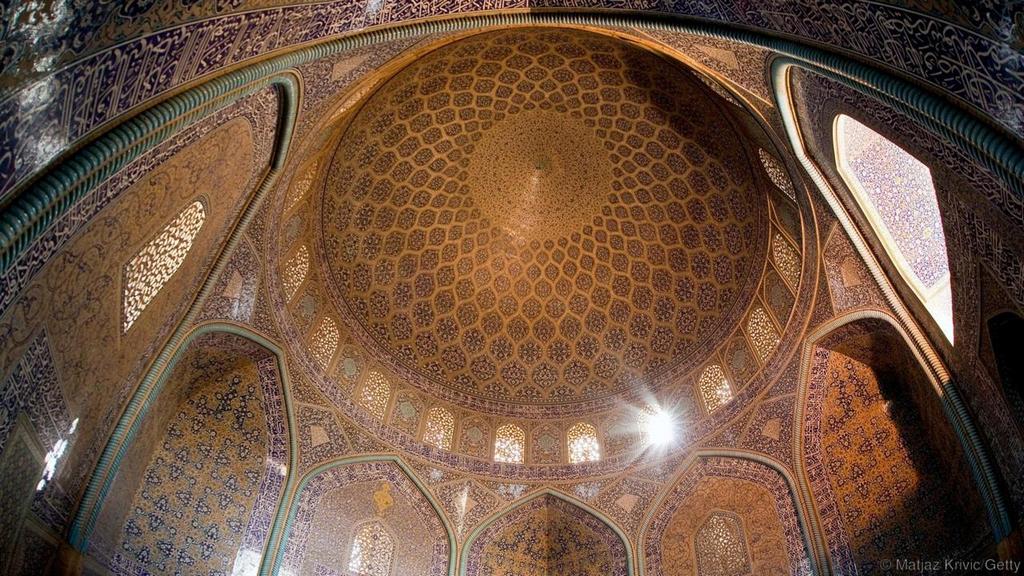 “The dome makes extensive use of delicate tiles that change colour throughout the day, from cream to pink,” said Khatam. “Inside the sanctuary you can marvel at the complexity of the mosaics that adorn the walls and the extraordinarily beautiful ceiling, with its shrinking, yellow motifs. The shafts of sunlight that filter in through the few high, latticed windows produce a constantly changing interplay of light and shadow.”