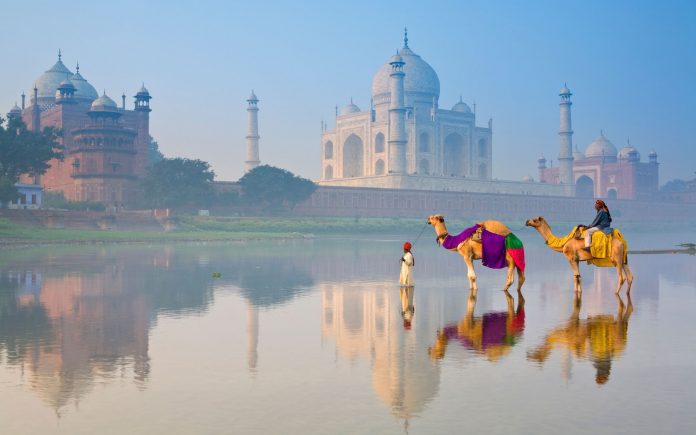 The Taj Mahal, in Agra, India, is revered the world over as the ultimate symbol of love and passion. After all, it took the Mughal emperor, Shah Jahan (translated as ‘King of the world’) 17 years, from 1631 to 1648 AD, to create this mausoleum for the love of his life, Mumtaz. In this article we will share with you 5 Taj Mahal fun facts and secrets, some interesting facts about Taj Mahal, Taj Mahal facts, Taj Mahal facts and history and Taj Mahal facts and information that you probably didn’t know.

The queen tragically passed away in child-birth, in 1631, and the grief-stricken emperor left no stone unturned to perpetuate her memory—and centuries later, we’re still talking about them.

While you may think everything has been said and read, here are some hidden facts about the Taj that few people know. Here’s a little bit of context for your next trip.

Taj Mahal facts and information: It Achieves Perfect Symmetry (except in one spot).

It’s the face of India on postcards and a monument so glorified that it should be destined to let you down. But then, it doesn’t! No matter how many times I’ve glimpsed the Taj—my first visit was at age 9—I come away in absolute awe. It’s a surreal sight: the all-white structure rises from the Earth with nothing but a clear sky in the background (the Supreme Court of India prohibits any construction around the Taj Mahal that may obscure that view). Make sure to arrive in time to catch the sunrise, when the semi-translucent structure is enveloped in a warm glow.

As you enter the vast Mughal garden that houses the Taj, the magnificent structure is reflected in the still waters of the rectangular pool up front; on each corner the Taj is flanked by minarets; two identical structures in red stand-stone—a mosque and a guesthouse within the complex—lie equidistant from the monument. Go around it, and you’ll find all four facades to be identical, with vaulted arches, and quotes from the Quran inlaid in jasper onto marble. It’s this perfect planning that makes the Mahal flawless. Before machines, the architects achieved the impossible: bilateral symmetry along a central axis line.

The Mughals considered symmetry to be symbolic of balance and harmony in their empire. Ironically, the only asymmetry comes from the maker’s tomb—Mumtaz’s crypt occupies centre-stage, while Shah Jahan’s breaks the rules. Local legend (sans evidence) has it that Shah Jahan wanted to build ‘The Black Taj’ for himself, but didn’t get to it in time, and so his burial spot was almost an after-thought.

Some interesting facts about Taj Mahal: She’s A Survivor

A total of Rs. 32 million was spent (today that equals a whooping Rs. 53 billion or USD 827 million): makrana marble was brought in from Rajasthan; lapis lazuli from Central Asia; turquoise from Tibet, among other precious materials, and over 1,000 elephants were used in transportation. With such visible opulence reflecting off its walls, the collapse of the Mughal Empire in the 18th century put the Taj at risk. The Jats (a Hindu community from North India who were at odds with the Mughals) looted it in 1764, stripping off two silver doors. More tragedy followed when British colonizers plundered the hand-woven carpets and precious gems. Lord Bentinck, the first governor-general of India, even hatched a bizarre plan to sell it for marble-scraps, which fortunately fell through.

Later, the Taj morphed into a party-palace for Englishmen. In the early 19th century the Raj replaced the gold finial with one of copper-bronze. Thankfully Lord Curzon, viceroy to India (1899 – 1905), ordered the restoration of the site and gardens. Incidentally, the viceroy also gifted a massive chandelier that recently made it to the news when it came crashing down in August 2015, and is now being restored.

Today, the real danger comes from industrialization. As Agra grew economically, the side effects were seen in the form of yellowing of marble. A Supreme Court directive ordered industries within the Taj Trapezium Zone (in the 10,400 sq. km vicinity), switch to natural gas or relocate.

The Taj was also given a beauty-treatment where Fuller’s Earth was used as a cleansing agent. Better known in India as ‘Multani Mitti’, it’s a mud-pack that many Indian women, myself included, have use to cleanse their skin. The Taj had a layer applied to her, which was washed off with warm water after 24 hours. It helped to bring back her sheen. 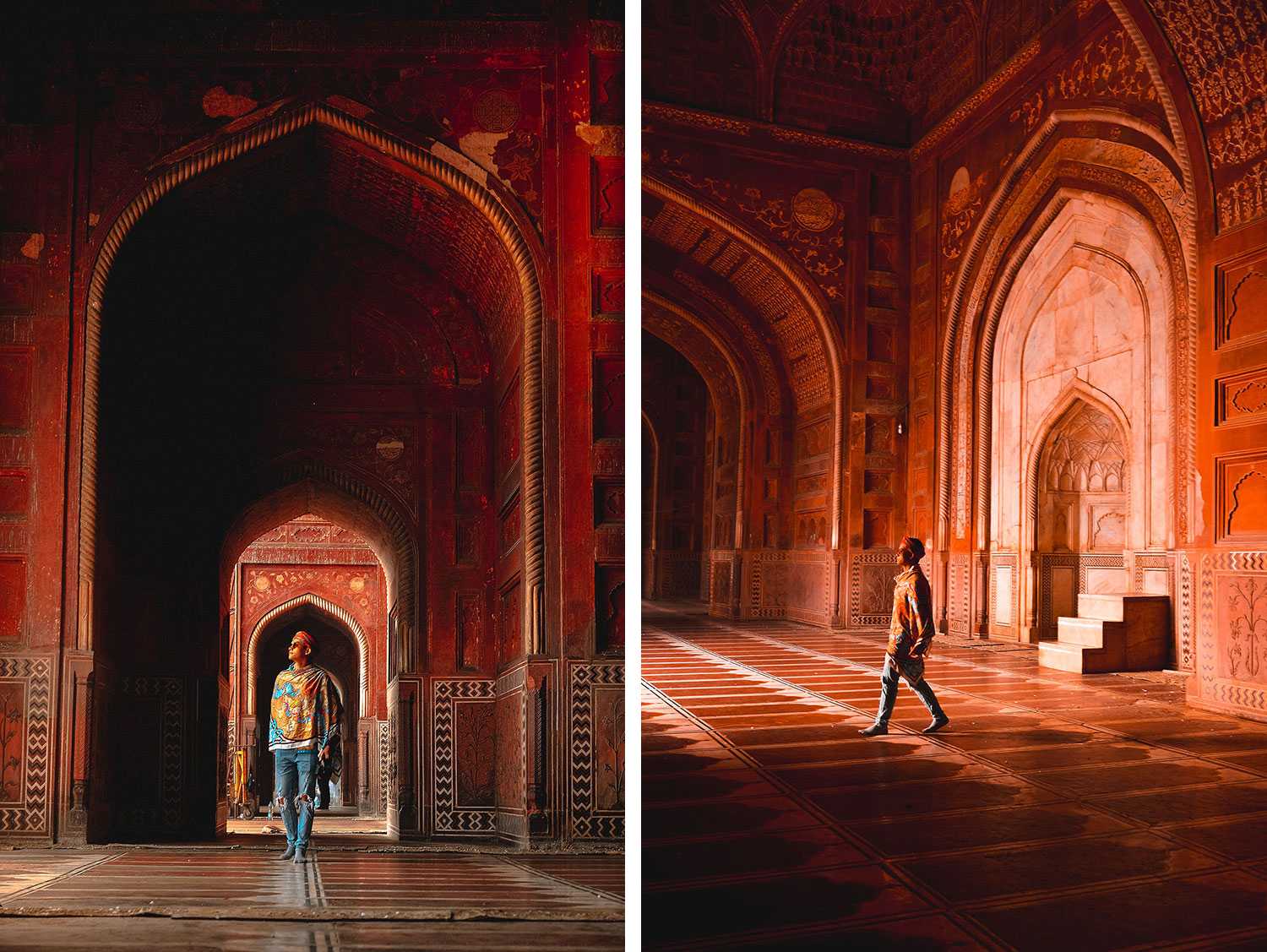 Taj Mahal facts and history: The Craftsmen’s Hands Weren’t Cut Off, Nor Were Their Eyes Gouged Out

There’s a popular myth doing the rounds: Shah Jahan ordered that the chief artisans who worked on the Taj be maimed and blinded so that the beauty couldn’t be replicated. While historians have found little support for this macabre theory, there is a grain of truth in that the workers often suffered deformities. The plausible explanation is that over years of intricate, back-breaking work, many suffered bone disease, rendering them handicapped; and those who crafted the immaculate inlay did so at the cost of their sight.

The Taj Was Sold, Thrice

It’s a national monument, a UNESCO heritage site since 1983, and yet some thought it was up for sale. A notorious conman, M.K Srivastava a.k.a Natwarlal found trusting tourists, not once or twice, but three times over, and sold the Taj Mahal for a reasonable sum; only a few lakhs (a hundred thousand rupees) for this piece of history ought to have been their first cue. Yet, in the tourists’ defense, Natwarlal was a lawyer and drafted up rather official-looking sale deeds, and also posed as a government official with a fake ID to complete his look.

Natwarlal had over 100 cases built against him. He was arrested and fled imprisonment several times—the last in 1996, as an 86-year-old in a wheelchair. He was being transported from prison to the hospital when he escaped. He was never spotted again, not even at the Taj. 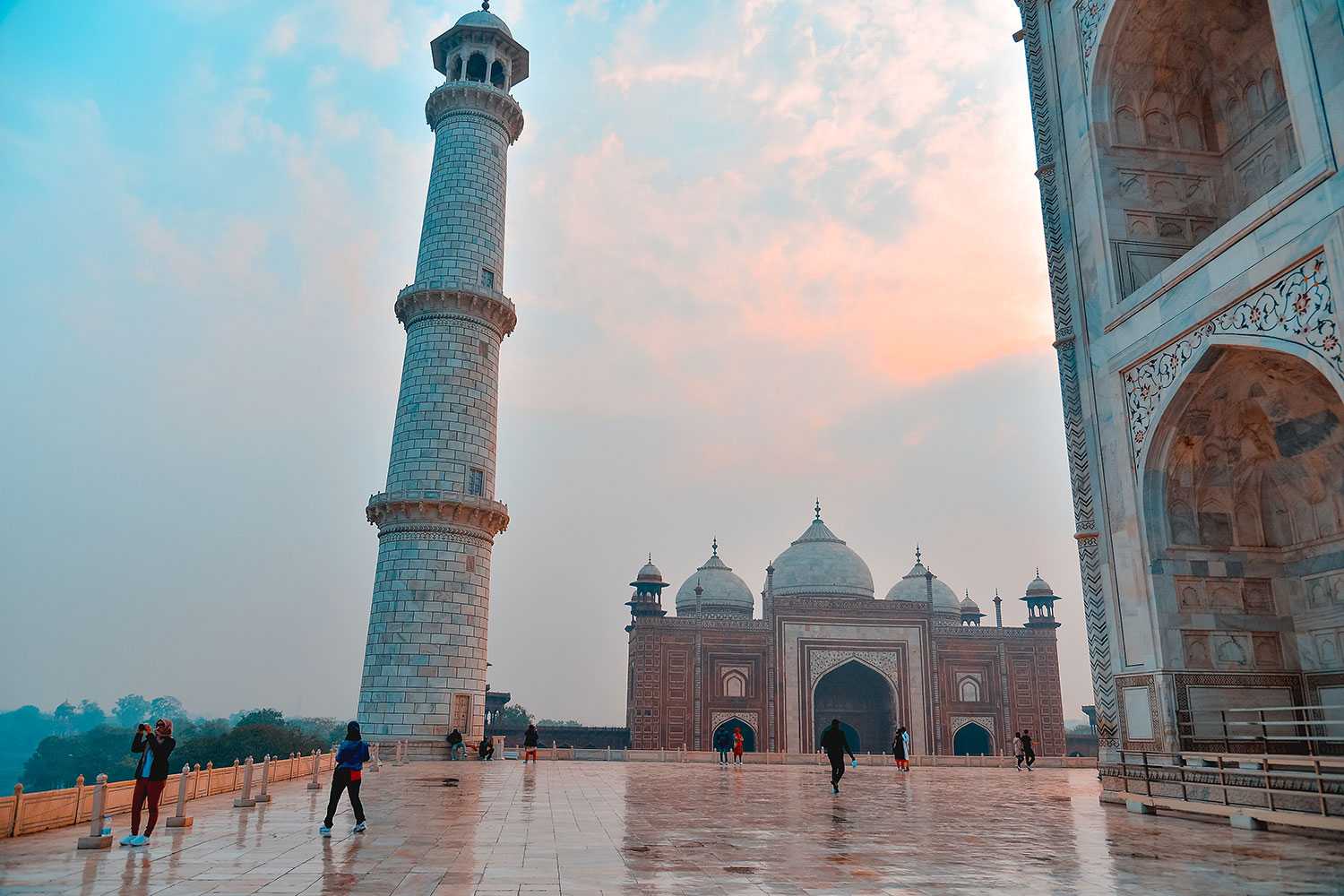 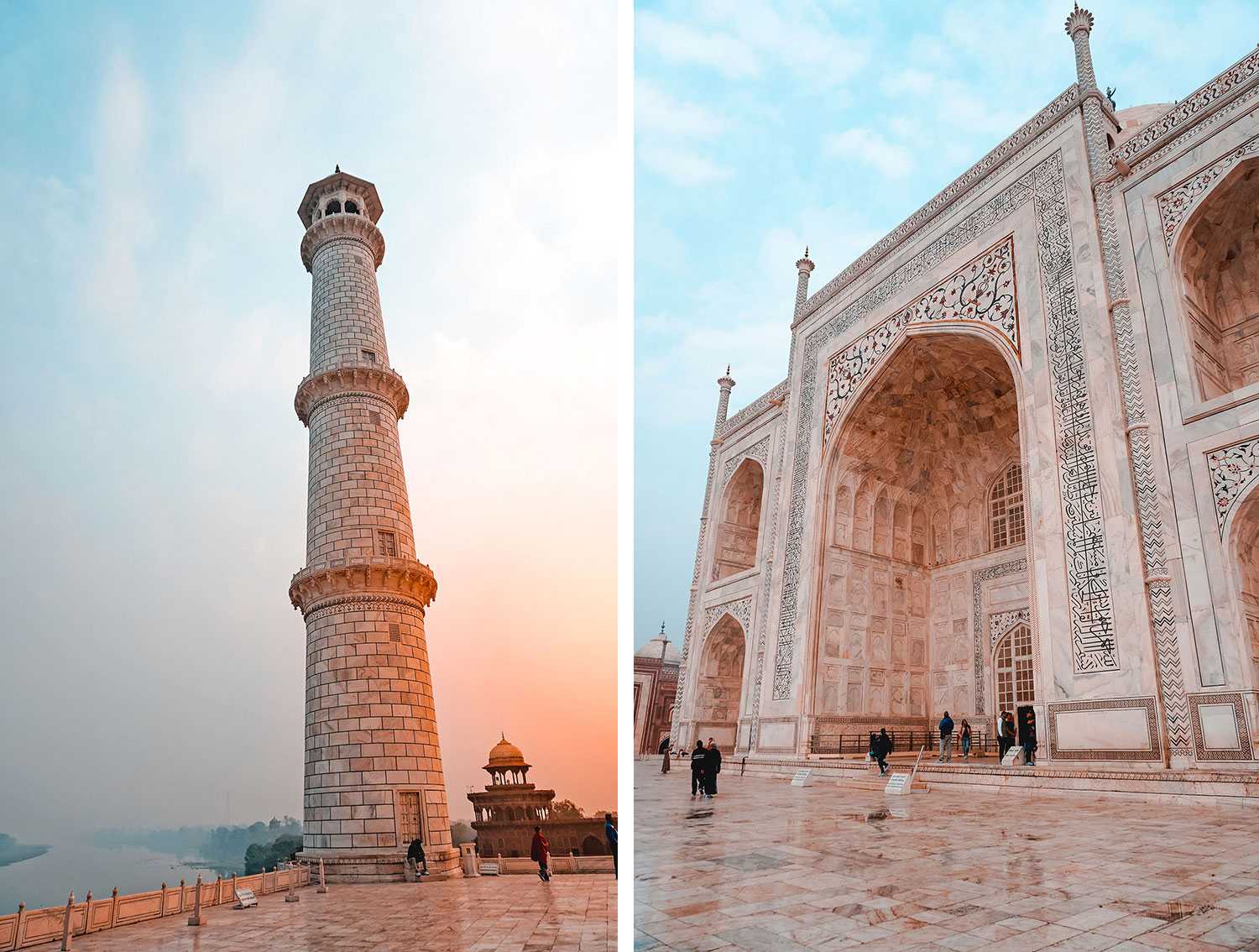 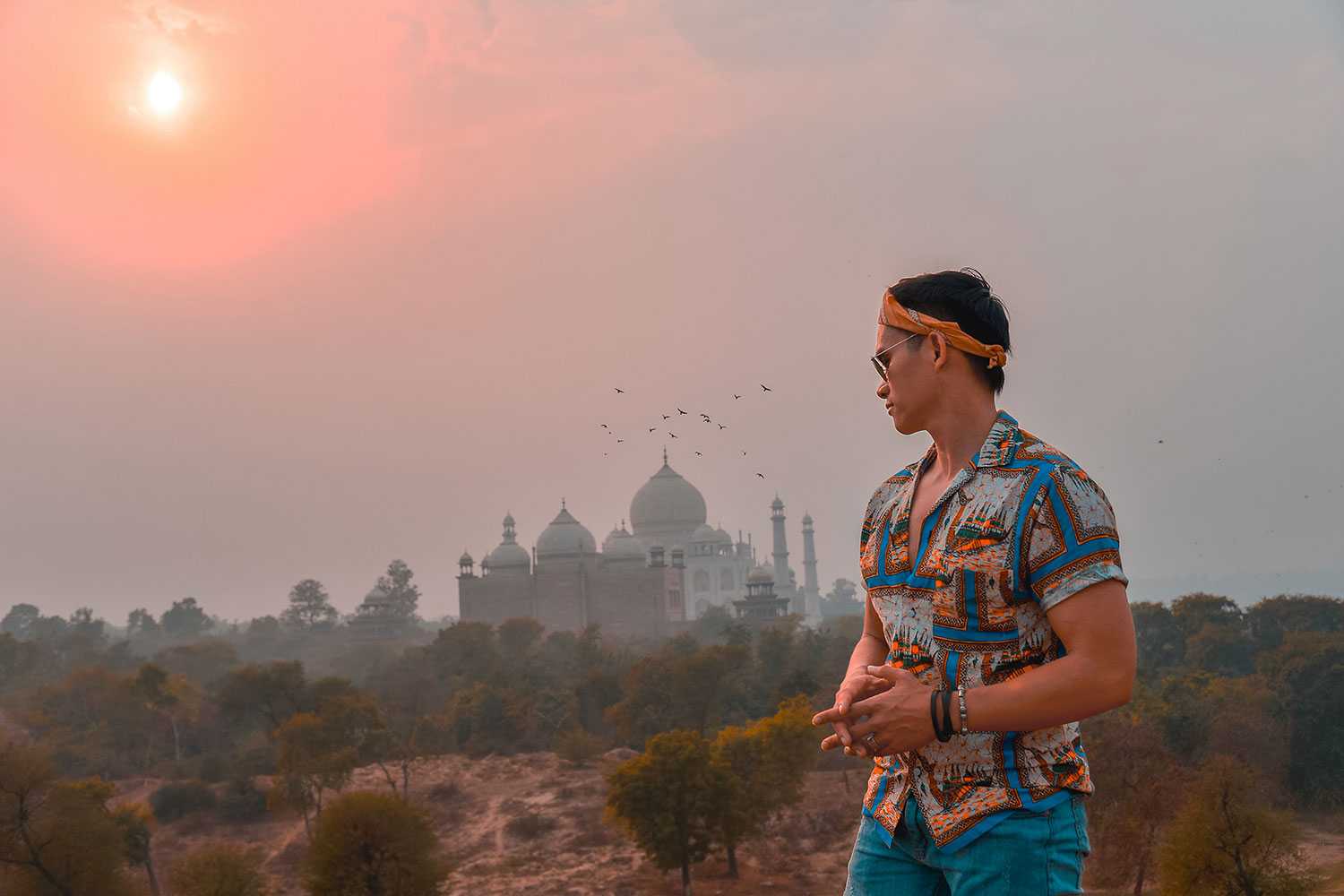 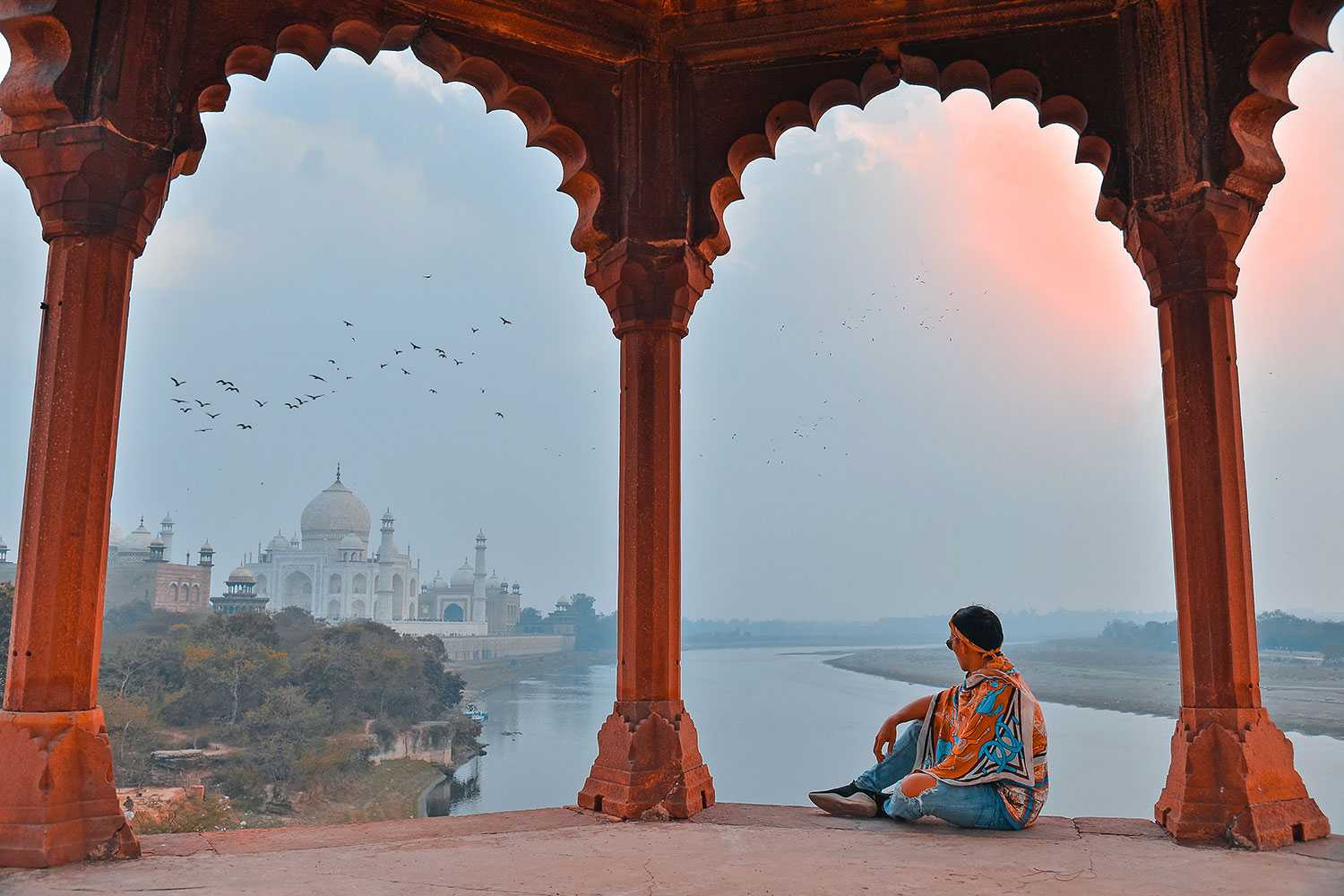 Some best day tours, trips, activities and transfer services, tickets in, from and to Taj Mahal and Agra you can refer to 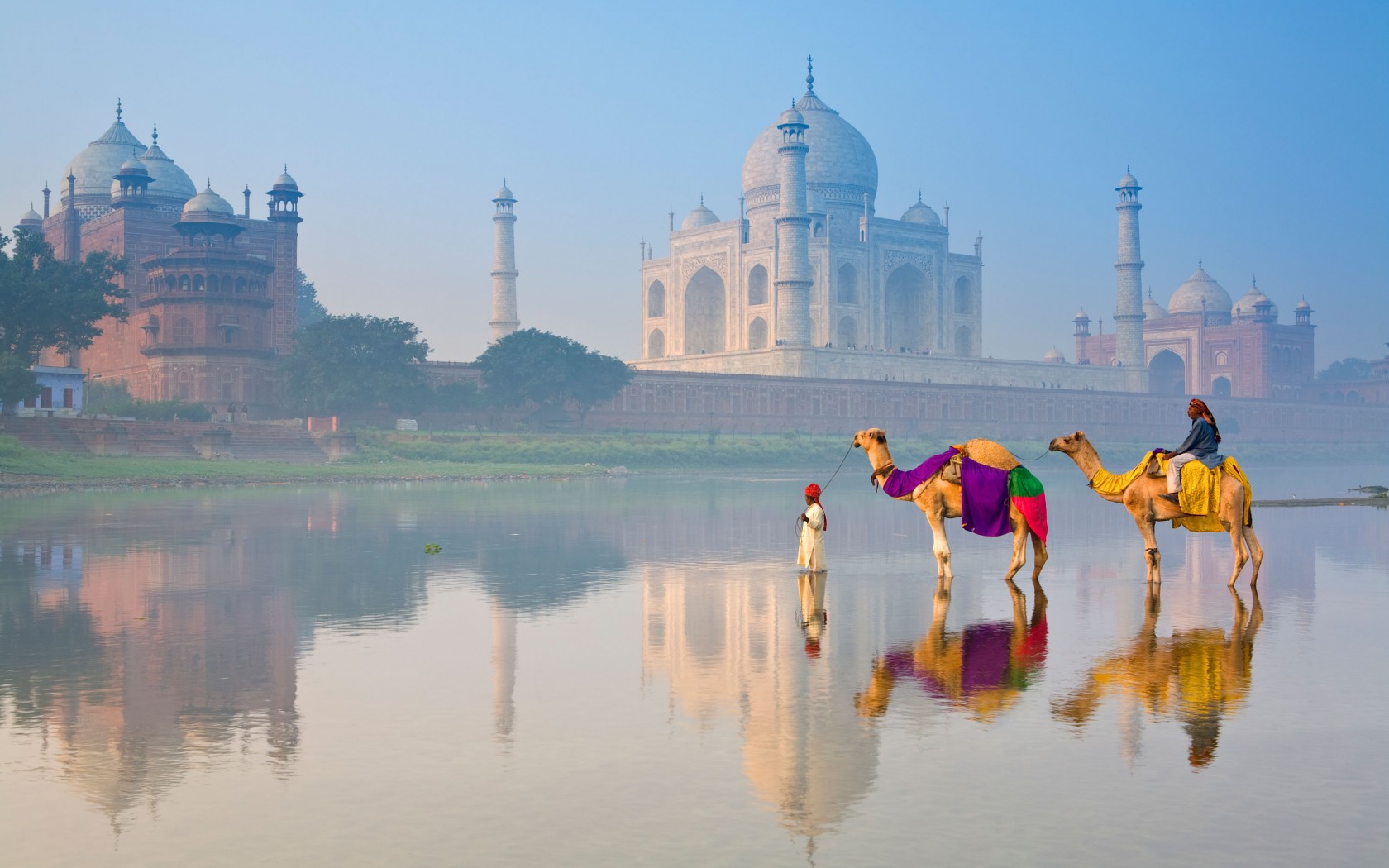 Read more: Agra travel blog — The fullest Agra guide, itinerary & what to do in Agra for 3 days? and India guide here.