Hollywood filmmakers for ‘Kong: Skull Island’ came to Vietnam earlier this week, bringing along a sense of professionalism that local Vietnamese rarely experience.

Though not the first time a Hollywood film crew has picked Vietnam as a shoot location, it certainly has been a while since the Vietnamese last got up close and personal with American-style filmmaking.

This may explain the media hype surrounding the event, with dozens of reporters and paparazzi flooding the outdoor film set in Phong Nha National Park, a town in the north-central province of Quang Binh.

The tranquil town, with a population of around 1,000, became lively overnight when hundreds of locals abandoned their daily work to catch A-list stars Tom Hiddleston, Brie Larson, and Samuel L. Jackson in the flesh.

Locals say the lake being filmed, which until now has only served irrigational purposes, is exotic even to Vietnamese people, and tourists are rarely seen visiting the attraction despite its beauty.

Tuoi Tre (Youth) newspaper reporters followed Giang, a local official, to the film set but were stopped 1km from the scene by a group of security guards.

The reporters were only allowed to stay on the condition that no recording devices were to be used.

There have been previous cases, Giang said, where security has had to seize onlookers’ phones to erase clips and photos they took of the film set.

There are three separate security checkpoints, says a head of one security team. The checkpoints lie at 1,000m, 400m, and 100m from the scene.

“The filmmakers put confidentiality at the top of their priority list when negotiating the contract with us,” said a guard when asked for permission to get closer to the set. “With a budget of hundreds of millions of dollars for the film, a minor leak about its content can cost the producers a fortune, so we can’t take the risk.”

The film set is not the only thing being kept secret. All information regarding the film crew is also confidential.

An official at Quang Binh’s Department of Culture, Sports and Tourism said the producers of ‘Kong: Skull Island’ demanded complete confidentiality about the film, including the specific place each actor and actress stays.

The Tuoi Tre reporters, hoping to get more information about the film, went inside a hotel where one of the crew’s vans was parked outside, but it was in vain.

“We have signed a confidentiality contract with the crew,” a manager told them.

Rain started Tuesday afternoon on the second day of filming, but the crew showed no sign of worry as they quickly grabbed plastic sheets to cover equipment. Meanwhile, the cast wore raincoats and continued filming.

A Vietnamese chauffeur hired by the crew told the Tuoi Tre reporters on Wednesday how impressed he was by the intensity of their working schedule and the effort and responsibility each member put into their job, regardless of their position.

Parked near the set were dozens of mini-trucks and trailers carrying the crew’s tools, as well as an ambulance ready to respond to on-set emergencies.

Among the fleet were three costume trucks with washing machines, two trucks reserved for make-up, one for hairdressing, and three others carrying fuel, water, and food.

Some of the trucks are refurbished to look like mobile homes on the inside, with all the necessities required for the filming process.

All these thorough logistical preparations are to help the cast focus on their job without being distracted by trivial matters, said Leann Emmert, the crew’s director of settings.

The scene takes place on an island undiscovered by humans, she added, so everyone on the crew had to follow certain paths when moving around the set so as not to disturb its primitiveness and ensure the film’s logic.

The crew stopped for a buffet lunch around 1:00 pm, with a wide choice of dishes from Western to Vietnamese cuisines.

Marketing executive Gregg Brilliant said it was an immense amount of work preparing food for hundreds of people at the same time, but the cooks were working their hardest to ‘re-energize’ the crew.

“I’d also like to speak on behalf of my colleagues,” Brilliant said, “that your country is truly a beautiful and ideal place for both filming and working. We are filming scenes that have never been known to the world. Compared to Hawaii and Australia, where we filmed prior to coming here, Vietnam has scenes that nowhere else does.”

“We have never witnessed such professionalism!” Ho An Phong, director of Quang Binh’s Department of Culture, Sports and Tourism, exclaimed upon observing the film set.

‘Kong: Skull Island’ tells the story of a group of adventurers who set foot on an uncharted island in the Pacific Ocean – one so breathtaking that people consider it unreal. Little did they know they just walked into the territory of the legendary King Kong.

The film, produced by Legendary Pictures and distributed by Warner Bros. Pictures, is expected to hit cinemas in March 2017. 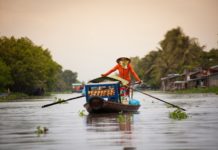 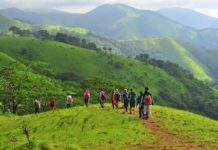 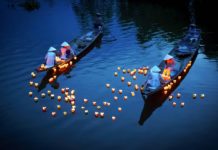 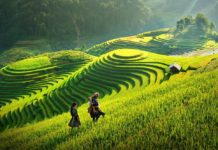 Sapa trekking — The fullest guide for your trekking in Sapa, Vietnam