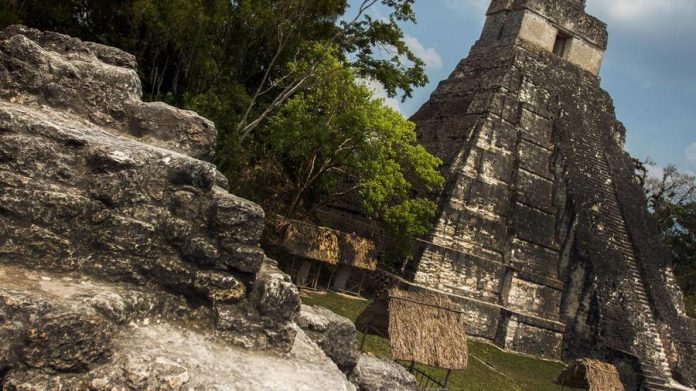 It’s long been one of ancient history’s most beguiling mysteries: Why did the Maya, a remarkably sophisticated civilization, suddenly collapse? Jodi Ettenberg explains.

When you visit Tikal, with its long trail into the canopied jungle and winding paths between ruins, it is hard to imagine the city as it once was. Today, tourists meander between temples and tombs, and stop to take photos or crouch to see fading calendars that once ran the day-to-day of a powerful kingdom. The limestone ruins and stone carvings that tower over the trees are evidence of what was once an incredibly advanced society, with complex mathematical, agricultural, and astronomy-based learning.

Tikal, located in the Petén region of what is now Guatemala, was a major hub for Mayan civilization. While archeologists have unearthed thousands of ancient cities built by the Maya, Tikal remains one of the largest in what was formerly Mesoamerica. Others are spread across the Yucatan, Guatemala, and Belize.

While those other urban clusters rose to prominence within the Maya’s reign, Tikal was one of the first, starting as a smaller settlement that capitalized on natural resources and a very strategic location to grow into a superpower of 130sq km (50 sq mi), with a population estimated to be as high as 70,000–100,000 people. Recent archeological research has revealed a sophisticated water management system to carry the city through temporary droughts. 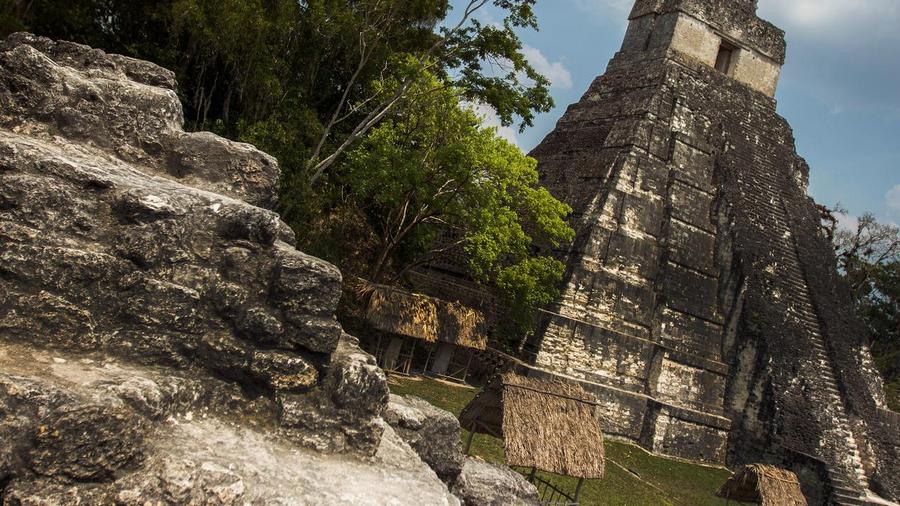 At its peak, in what historians refer to as the Late Classic Period (682-909 AD), Tikal included two-dozen huge pyramids soaring toward the sky. Construction of the earliest pyramid began around 2000 years ago, and that structure was slowly modified until 4AD, when it was finished at a height of 30m (98 ft) off the ground. Known as mundo perdito, the “Lost World” complex, it is just southwest of Temples I and II.

When exploring Tikal National Park, which was declared a UNESCO World Heritage site in 1979, we have access to only a small portion of the original city-state. The “central” portion that we can view today, which includes the main plaza and North Acropolis, is a full 15.5sq km (6 sq mi). The rest of the city is still buried under the jungle.

In high school, when I was taught about the Maya, they were painted as a peaceful, astronomy-based society and Tikal a spiritual capital dedicated to the stars. It wasn’t until later, when I read Breaking the Maya Code, that I realized the picture was incorrect. Author Michael Coe explains in his book that this mischaracterization can be attributed to archeologist J. Eric Thompson, who argued that Maya were peaceful, and also suggested that Tikal was sparsely populated. We now know that both of these points were not true.

The Maya wrote with glyphic characters, carved into stone or painted onto bark of trees. While the bark text has long since disintegrated, the stone carvings remain and many can be seen at the base of Tikal’s structures today.

The hieroglyphs began to be translated in the 1960s and the picture was… just a bit different. Far from peaceful, Mayan art and writing demonstrated a shocking bloodthirstiness, with stories of battles, sacrifices, torture, and pain. As the Smithsonian Magazine notes in a piece about Tikal:

“Far from being peaceful, the Maya were warriors, their kings vainglorious despots. Maya cities were not merely ceremonial; instead, they were a patchwork of feudal fiefdoms bent on conquest and living in constant fear of attack.”

The hieroglyphs were also abundantly detailed, such that archeologists were able to thread together a cohesive historical arc for Tikal itself. This narrative included the names of the rulers and the battles fought with such surrounding city-states as Caracol or Calakmul.

What took so long to learn the true history of the Maya? When the Spanish swept into Central America and Mexico at the time of Maya’s fall, they were able to seize and destroy almost all of the Mayan books, making translations and interpretations extremely difficult.

In addition, the jungle had reclaimed the glyphs and the ancient city of Tikal long ago.

Reclaimed by the jungle, then rediscovered

As with other ruins that were known to locals but not explorers, Tikal was a part of local lore — just not discussed in colonial writing. Its location did make it hard to visit. Despite the isolation, the occasional brave traveller made their way there in the 1800s, which required days of trekking in the jungle. Modesto Méndez, the governor and magistrate of the Petén province of Guatemala, wrote the first official report on Tikal in 1848 after a six-day “first official visit” from the Guatemalan government. At the time, the entire Tikal site was covered by a thick jungle coating that had grown for more than a thousand years from the time it was abandoned by the Maya.

In the 1950s, a small airstrip was built near the ruins, and intense archeological excavation began. The University of Pennsylvania began working at Tikal in 1956, staying all the way through 1970, when the Guatemalan government began its own research at the site. It was the largest excavation endeavour in the world at that time, and went throughout the calendar year, becoming a live classroom for a generation of archeologists in America and Guatemala. (You can see a wonderful archive of photos over at the Tikal Access Project.)

The name “Tikal” was bestowed upon the ruins in recent times, from the Maya word Ti ak’al, meaning “at the water hole.” During Mayan times, the city was known as Mutul (Hair Knot) or Yax Mutul (First Hair Knot), which we know via translation of hieroglyphic texts. Source

The modern name is fairly ironic given that, as I write below, historians now think that Tikal was wiped out by drought.

The fall of Tikal

Most of the Mayan kingdom, including the city of Tikal, crumbled around 900 AD. The mystery of Mayan decline is still a subject of hot discussion, partly because the Spanish conquerors burned almost all of the Maya’s books. Recent evidence, combined with analysis of the trading routes used by the Maya, suggests that a combination of severe drought and seafaring trade’s rise were behind the fall of Mayan rule.

When the conquistadors came to take over Central America, they found that while the Maya survived, many of their cities had not. The people had abandoned many of the critical metropolises, despite the mathematics and astronomy that went into their strategic construction.

The BBC suggested in a piece from February 2016 that records show devastating droughts starting in about 820 AD, which lasted for decades. This drought primarily affected the southern edges of Maya kingdom, what is now Guatemala and Belize. The cities to the north, like Chichen Itza were not abandoned.

A recent study in the United Kingdom demonstrated that the northern Maya kingdoms were also affected by climate change in the 9th century, bowing under the weight of drought. The last stone stela at Tikal was put up in 869 AD.

But the same drought wiped out the Maya’s southern cities. It took a second wave of drought, one the BBC refers to as a “megadrought” of the 11th century, to finish what the initial natural disaster started:

“The simplest explanation for the Maya’s fall is that year-upon-year of low crop yields, brought on by the droughts, may have gradually diminished the Maya’s political influence, eventually leading to full-on societal disintegration.”

Some scientists also suggest that the effects of the drought were exacerbated by the extent of environmental manipulation in Maya cities: canals, deforestation, and more.

Regardless, beginning in that megadrought of the 11th century, the Maya undertook a huge diaspora in search of water, to the coasts and the islands and away from their inland structures.

It’s hard to say what will be discovered next. In June 2016, archeologists and GIS specialists made huge advances in understanding the staggering breadth of Angkor Wat in Cambodia using LIDAR laser technology. What emerged was multiple, previously undocumented medieval cities not far from Angkor Wat, including elaborate water systems that were thought to exist only later in history.

Applied to Tikal and the rest of Tikal National Park, who knows what will emerge?

Jungle of Stone: The True Story of Two Men, Their Extraordinary Journey, and the Discovery of the Lost Civilization of the Maya, by William Carlsen. The book tells the story of American diplomat John Lloyd Stephens and British artist Frederick Catherwood, who sailed from New York to Central America documenting the remains of the Maya and writing a book that Edgar Allen Poe called “perhaps the most interesting book of travel ever published.” Based on Carlsen’s own research and travels to the region, Jungle of Stone is part travelogue and part history book.

Breaking the Maya Code (3rd Edition), by Michael D. Coe. This is an incredible book spanning history and language; it changed the way society thought of the Maya as a people. Coe compellingly explains why it took so long to crack the hieroglyphs, and how the person responsible wasn’t J. Eric Thompson, but a Russian citizen isolated behind what was then the Iron Curtain. Great read.

The Maya (9th edition), by Michael D. Coe and Stephen D. Houston. This book is a very thorough introduction to the Maya, covering not just Tikal, but the full Mayan empire and its political structure.

Documentary of Cracking the Maya Code, from PBS’ NOVA program.

Some photos of Tikal ruins 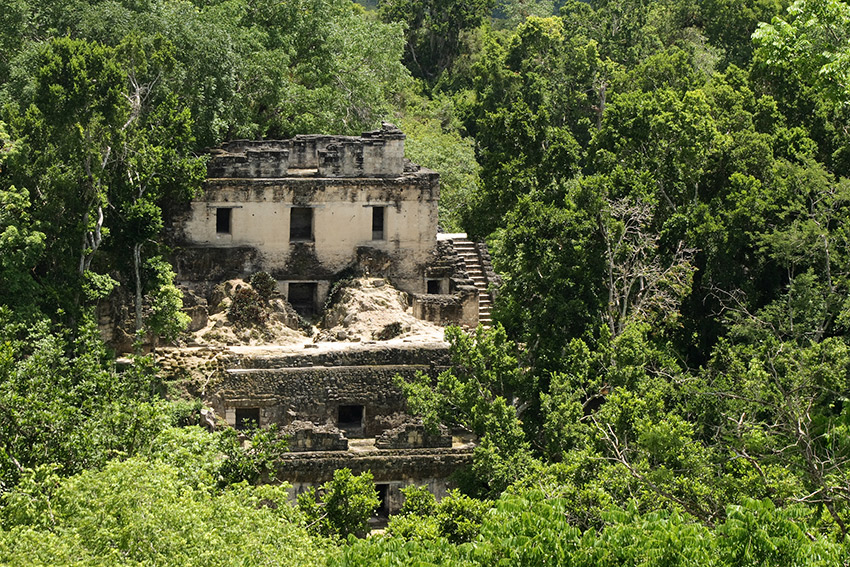 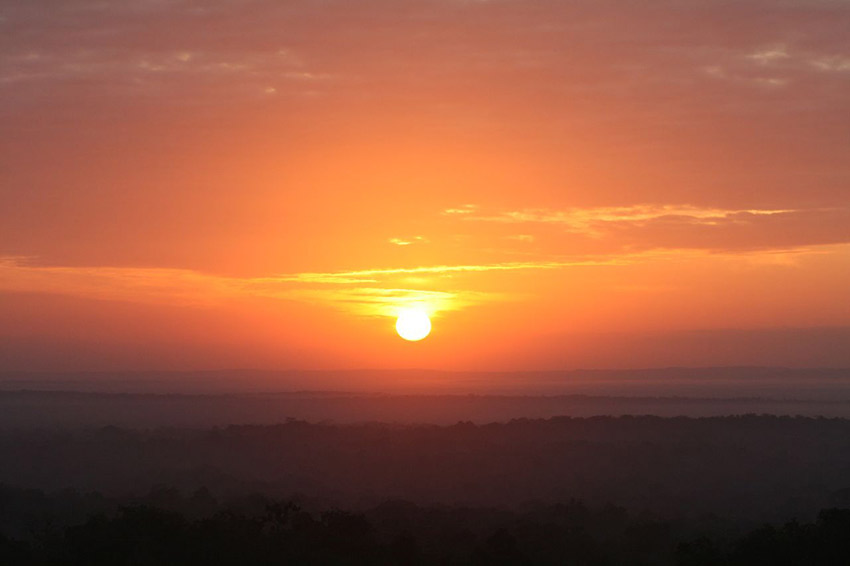 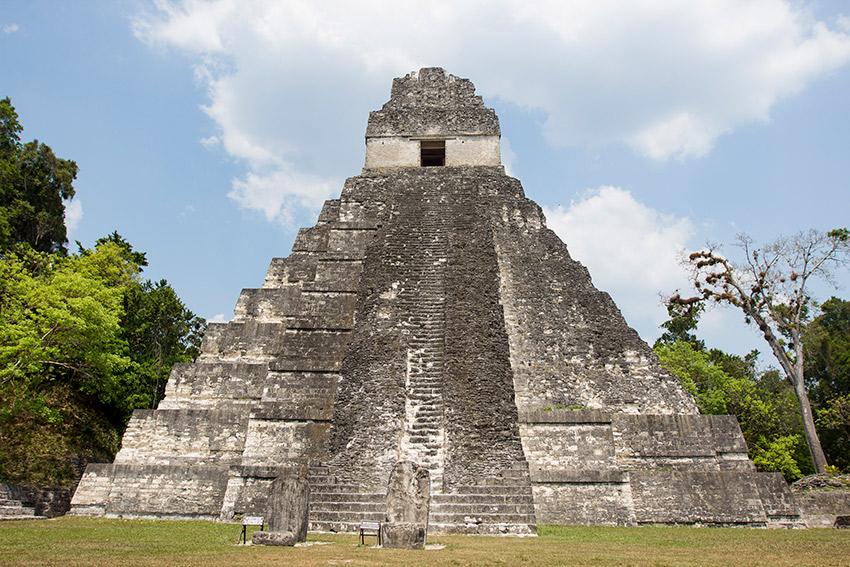 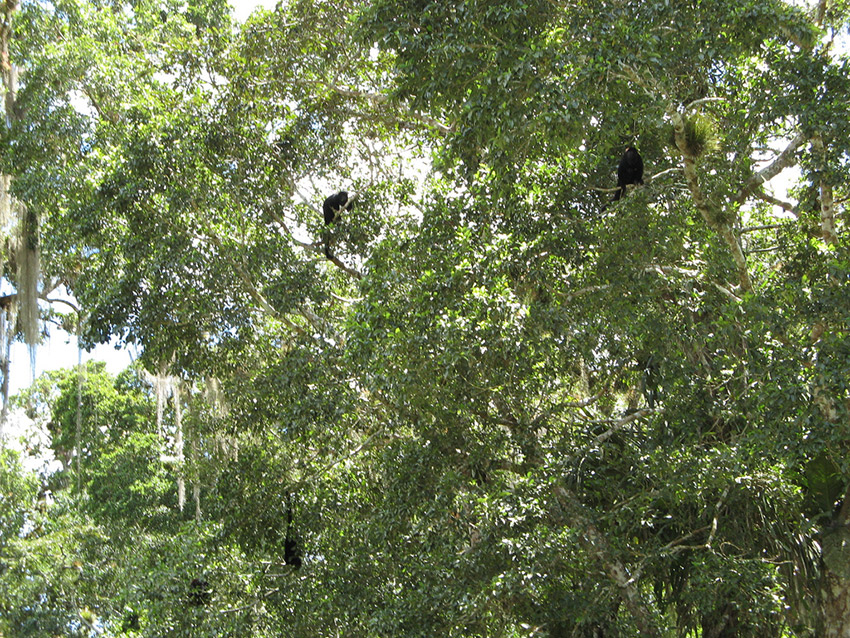 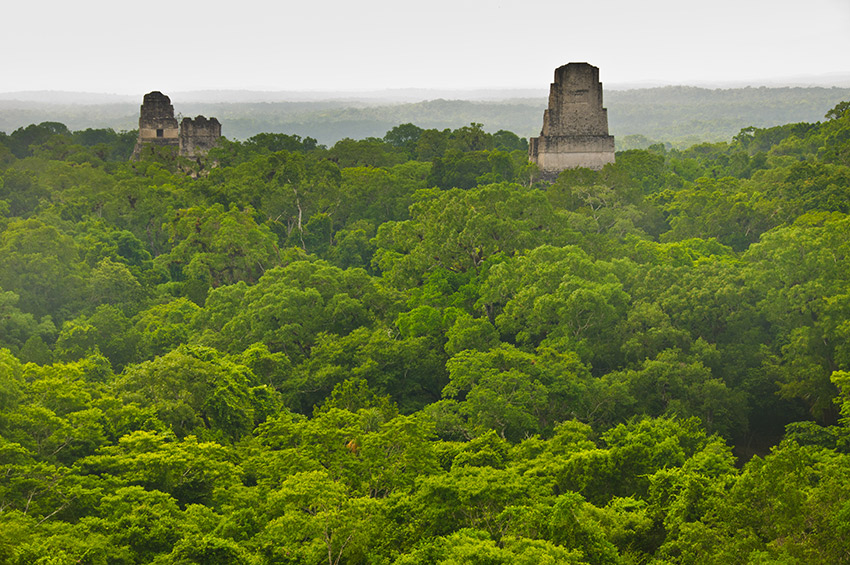