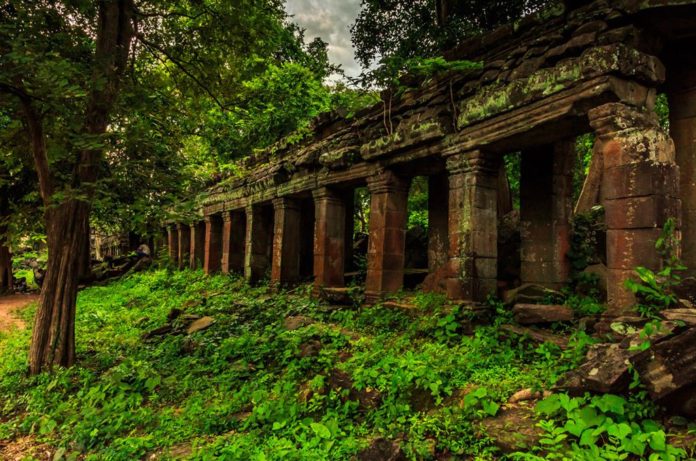 Banteay Chhmar Temple had the long time form 12th century, was one of the greatest temples of the Khmer empire, and then it was abandoned, creating a mysterious, mysterious scene. 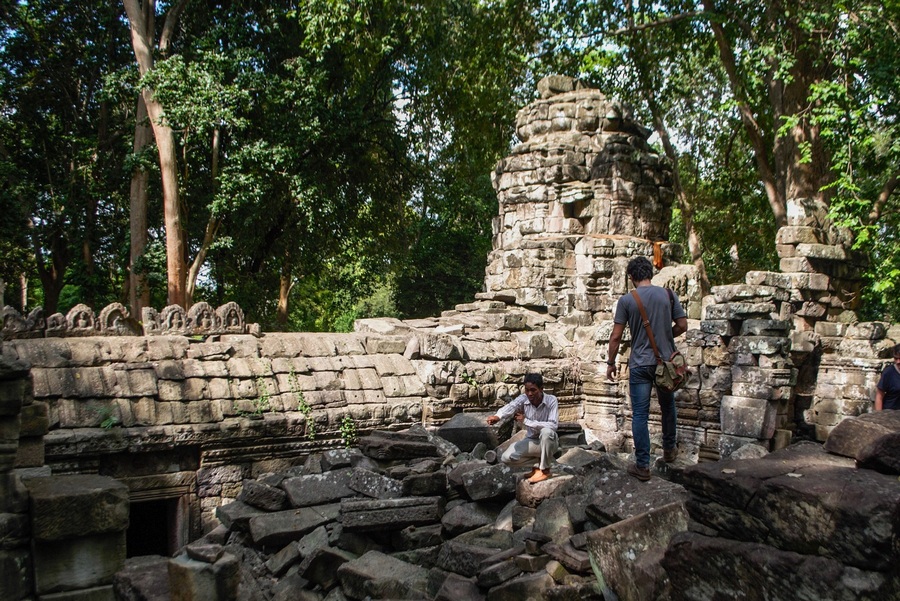 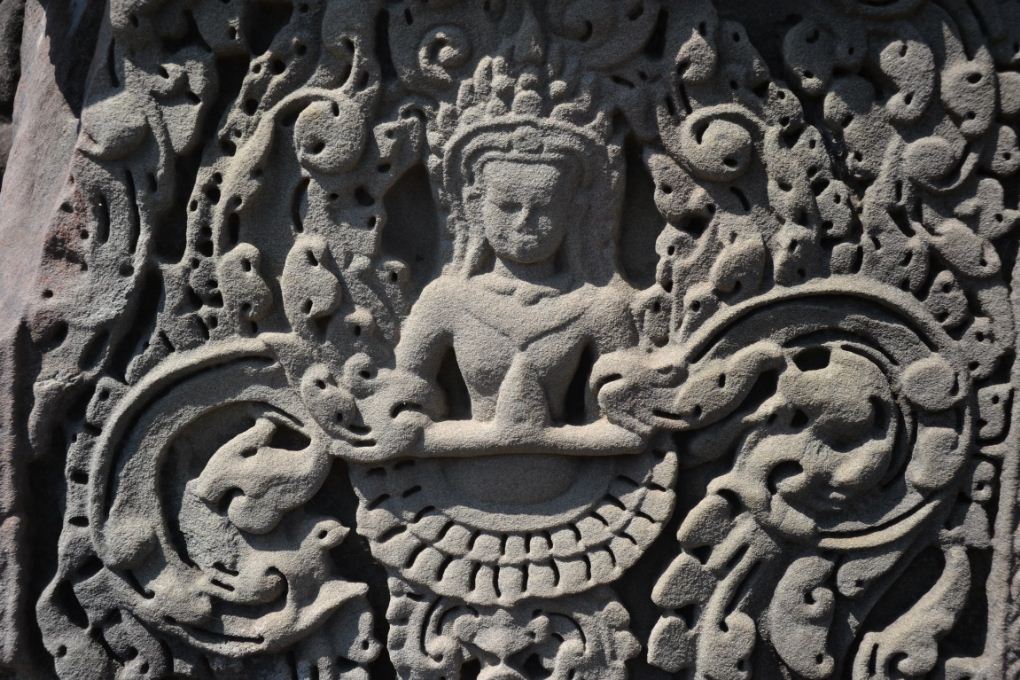 Banteay Chhmar temple history: Dating back to the 12th century under King Jayavarman VII – one of the greatest monarchs of the Khmer empire, this mysterious temple was abandoned nearly 800 years ago. Due to the impact of time, looting … this area fell into a near collapse. The temple complex was added to the UNESCO list in 1992. Since 2008, the World Heritage Foundation and the Cambodian Government have started efforts to preserve and develop the community. After a long time, Banteay Chhmar temple population area has opened for visitors. 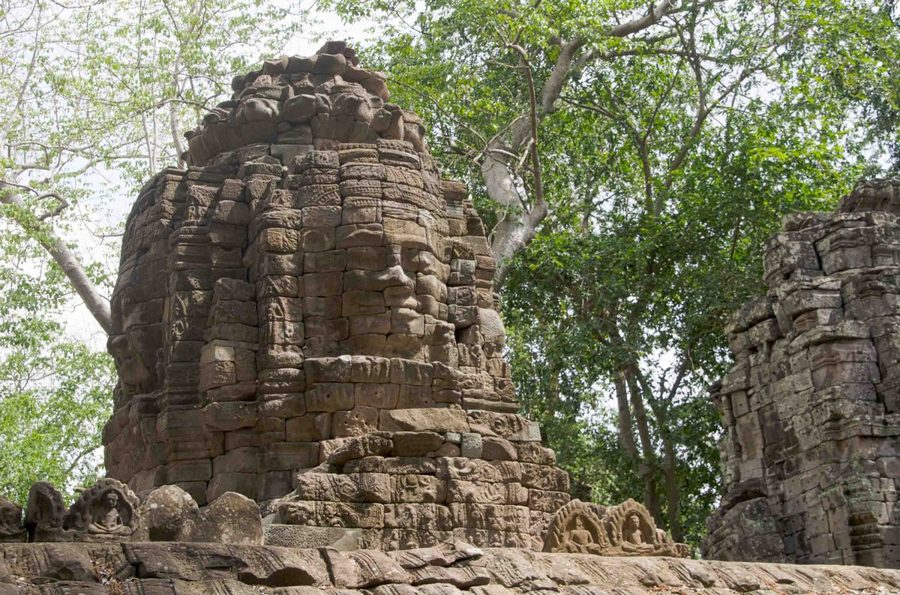 It was considered one of the most important Khmer temples in the heyday of the empire, Banteay Chhmar was built to honor Jayavarman VII’s son – Surya Kumar and four military generals 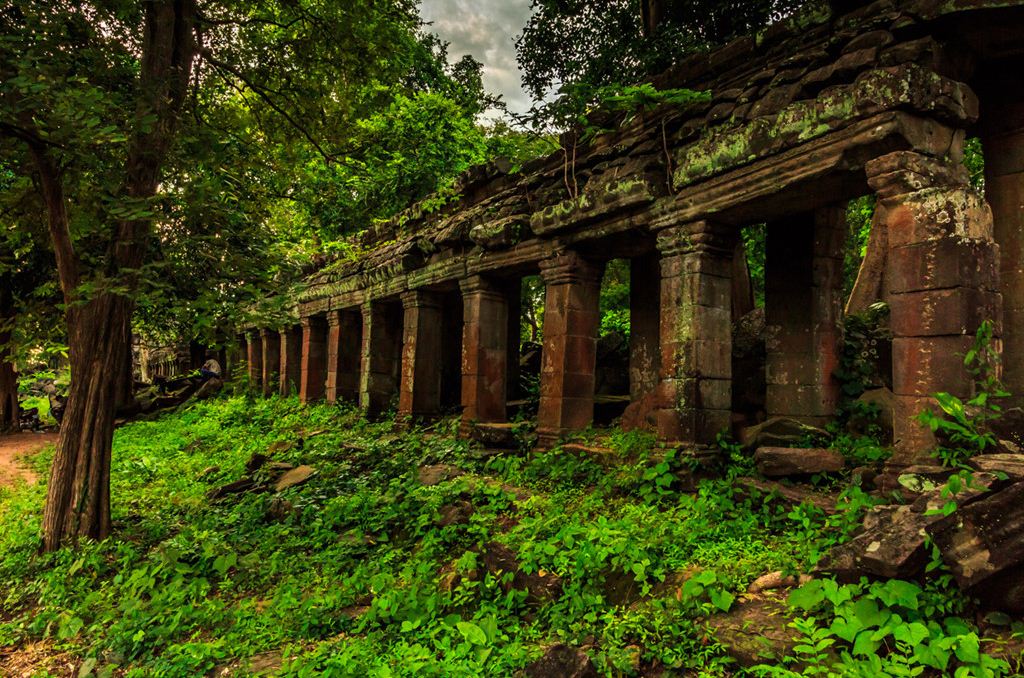 It is amidst jungles and boulders, including eight temples and the highlight are the stone towers engraved with mysterious faces. They are described by depict Jayavarman or Buddhas. There are also delicate sculptures that tell the story of religion and war 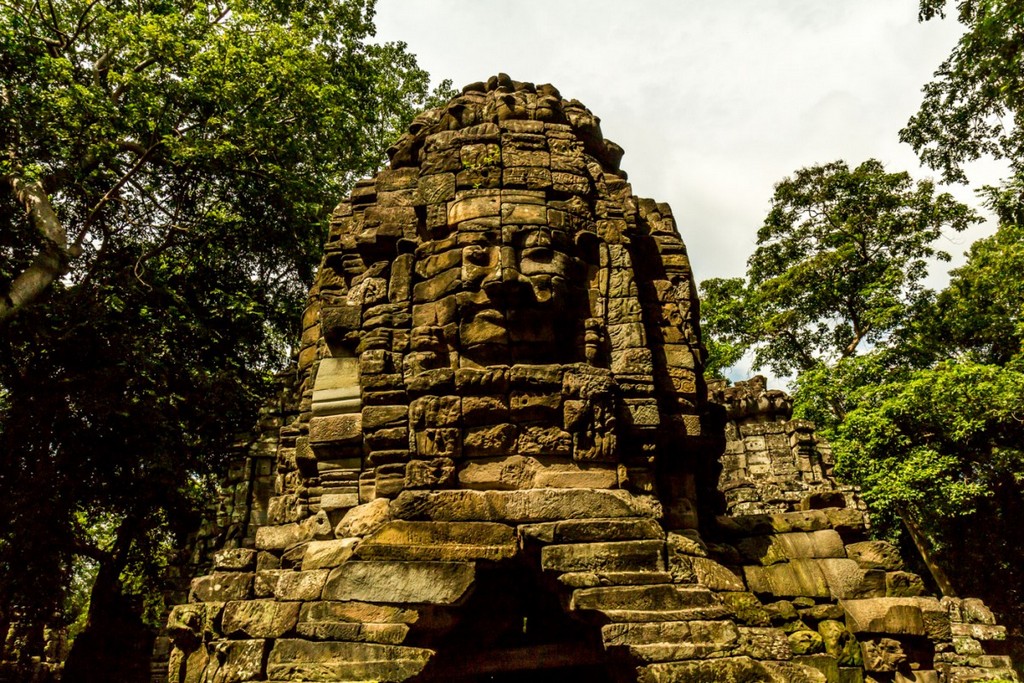 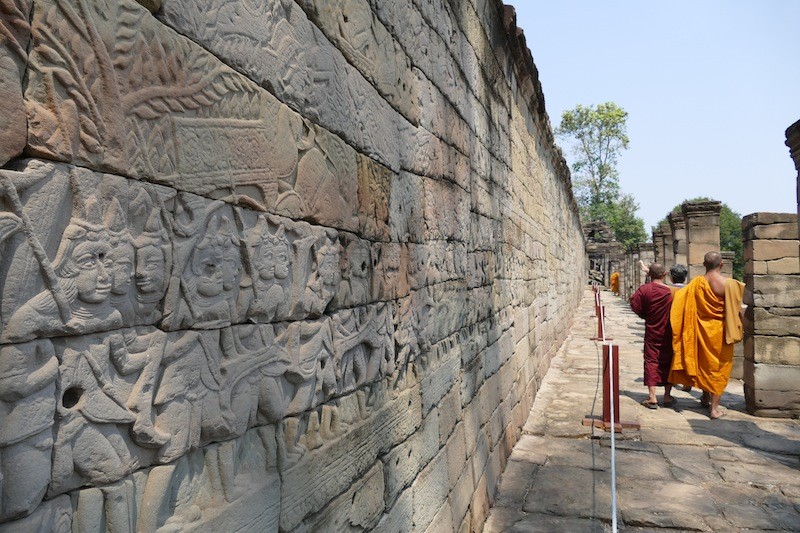 Here is a sculpture of the famous Bodhisattva Avalokitesvara in Banteay Chhmar. Stone preservation expert – Simon Warrack, who has studied the temples in Cambodia for more than 20 years, estimates that hundreds of meters of a carved wall have collapsed by many periods, leaving a mysterious puzzle for historians and archaeologists. He compared the atmosphere at Banteay Chhmar is similar to the Angkor Wat populations in the 1990s, as tourism was still new appearance. With millions of people arriving in Siem Reap each year, Warrack claims that the “mysterious and adventurous feeling” is associated with Angkor Wat has disappeared. 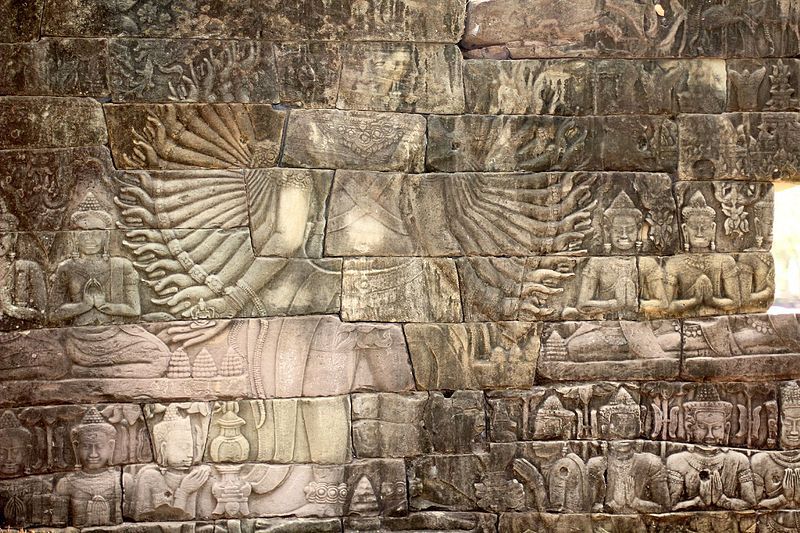 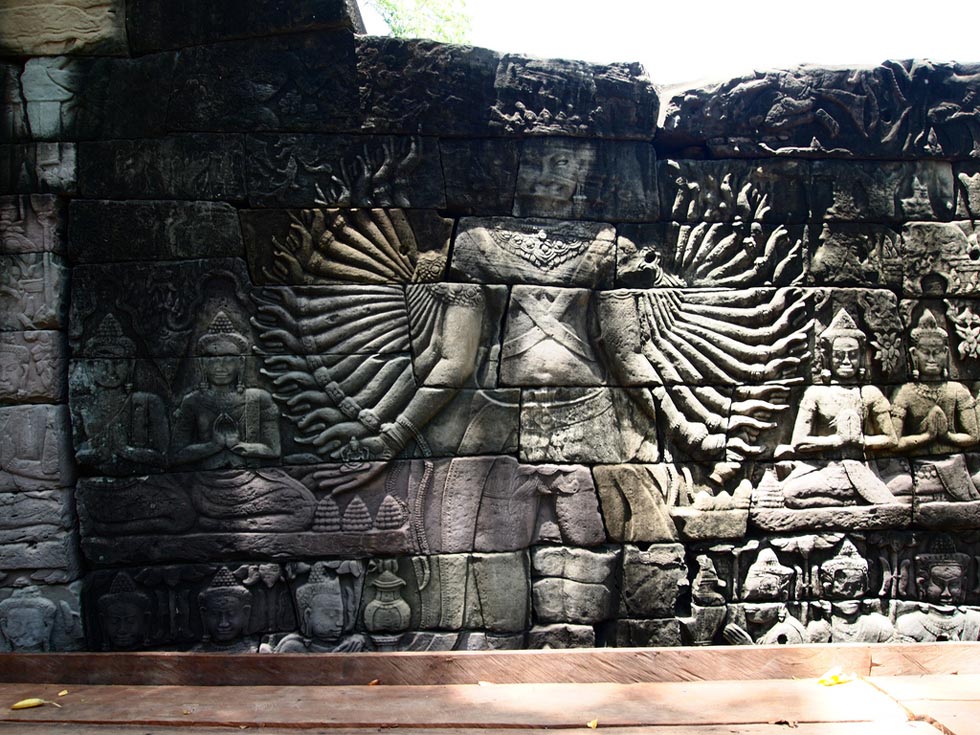 However, Banteay Chhmar, a few hours away from Angkor Wat and attracts only 1,500 visitors per year, still offers a great spiritual experience. “The discovery of the temple is like going back to another era and experiencing unique interaction, just like the battle between culture and nature,” Warrack said. 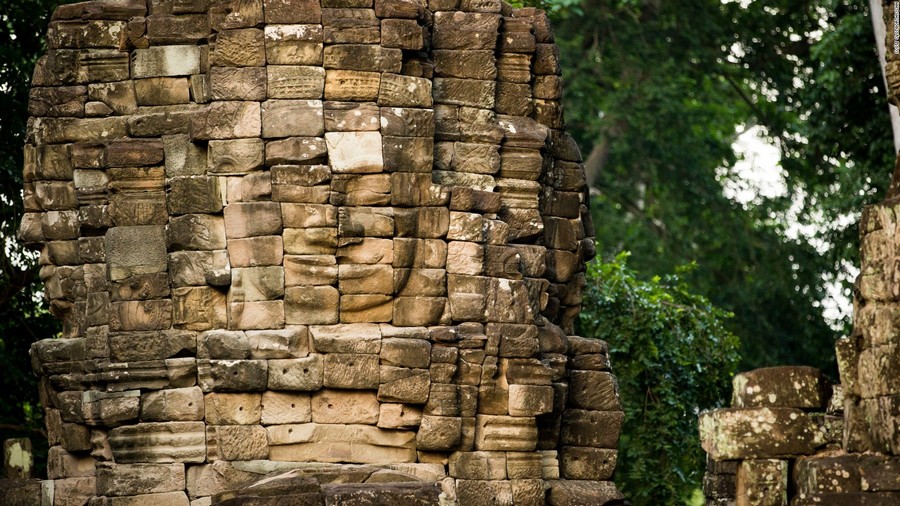 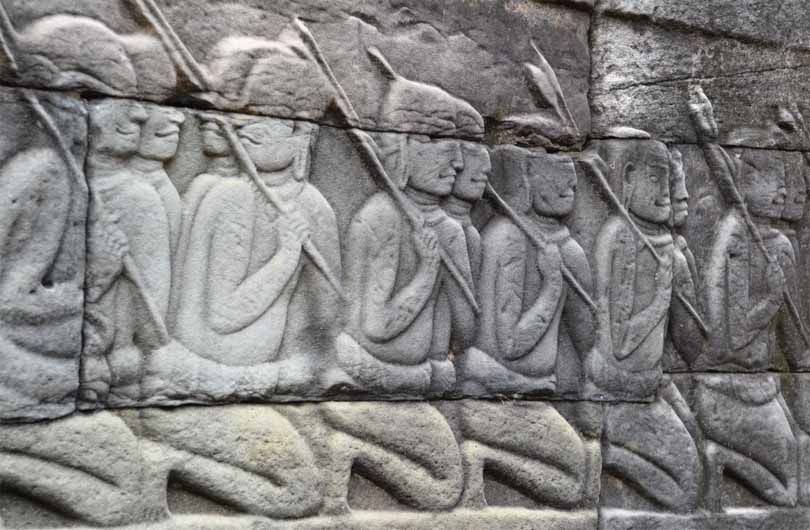 Based on the scene, nature seems to have won. The roots of the old trees clinging to the walls are still standing, like the harmony into a structure. The vines spread over the nooks and crannies, covered with stones carved with ancient carvings. But the most remarkable thing about the Banteay Chhmar temple is the almost complete silence; it is broken by the sound of motorbikes from the far distance, the fluttering of insect wings and birds singing.
For the people here, the temple is not only an archaeological and cultural wonder, but it also brings the economic benefit. Currently, 23 percent of the population in Banteay Meanchey province, where the temple is located, they are still living in poverty. However, this issue has gradually improved thanks to the tourists visiting. From 2008 to 2016, the number of visitors to Banteay Chhmar gets 112%, from 774 to 1,575, according to World Heritage Fund data”. 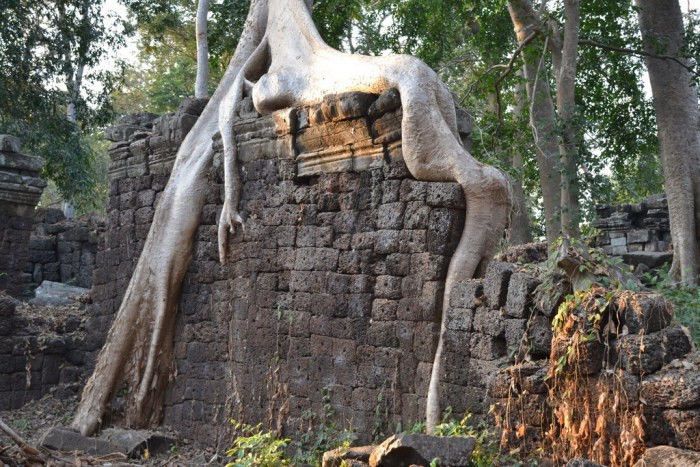 If we do not open this temple, there may not be any tourists coming here. At present, all villagers can earn extra income by opening homestay, cooking and selling handicrafts, “said Mao Sy, president of the Banteay Chhmar Tourism Association to CNN. Nil Loeun – a local people – 67 years old has benefited from the development of tourism, thanks to the opening of the homestay near the temple. “When visitors come and stay at my house, my family life is getting better,” she said. 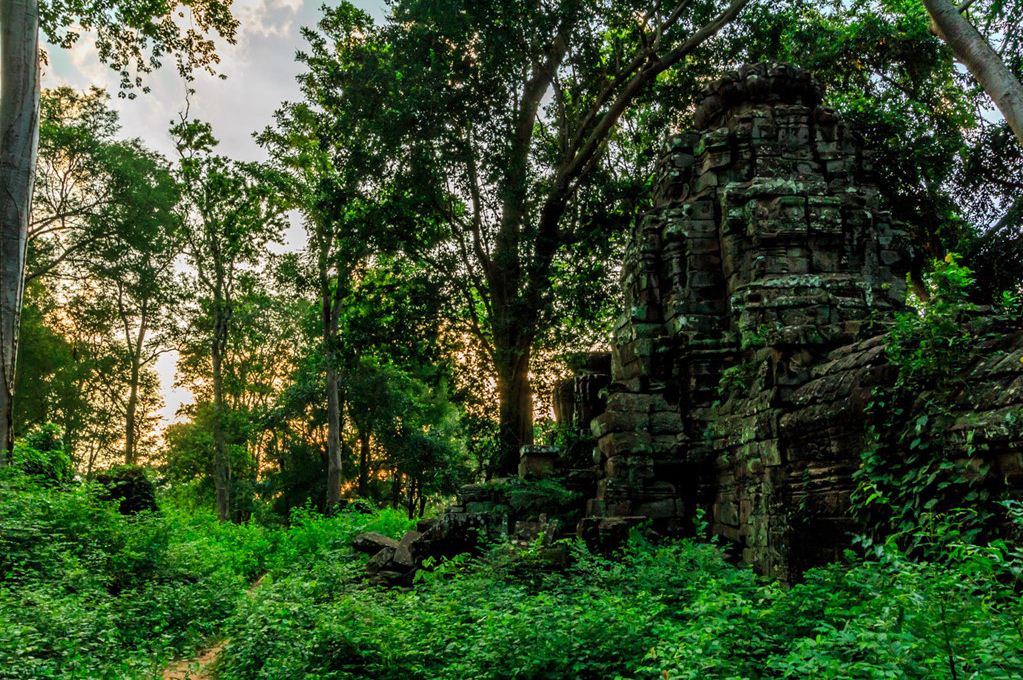 With the support of the World Heritage Foundation, Banteay Chhmar is striving to reach a balance between conservation needs, sustainable access and economic development, and the interests of the local community. Warrack doesn’t worry about the rampant tourism that will affect Banteay Chhmar as in the case of Angkor Wat. “The people who come to Banteay Chhmar are usually tourists who come to Cambodia’s temples for the second or third time. They will become enamored and want to explore,” he explained.