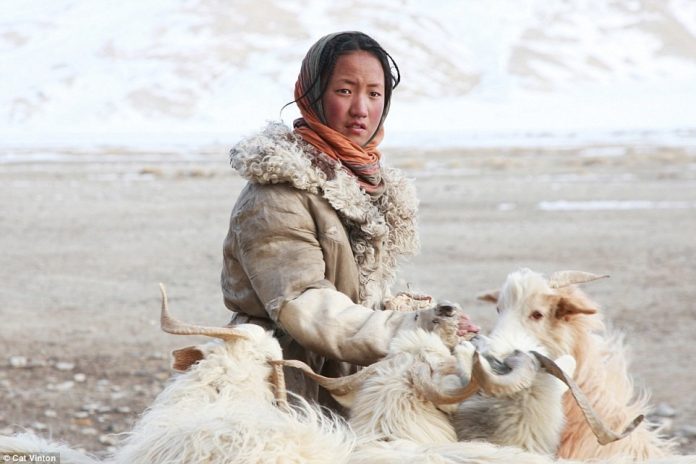 Photographer Cat Vinton had her two-month adventure mingling herself in the wild, rustic, and centuries-old life of the nomadic Chang Tang-Pa tribe on the Tibetan-Indian border spending their time finding food for their herds high in the frozen Himalayas.

She got to know Jimmai. Born into a family of nomads who live high in the Himalayas on the Chang Tang plateau, Jimmai is a part of a way of life that’s dying out. 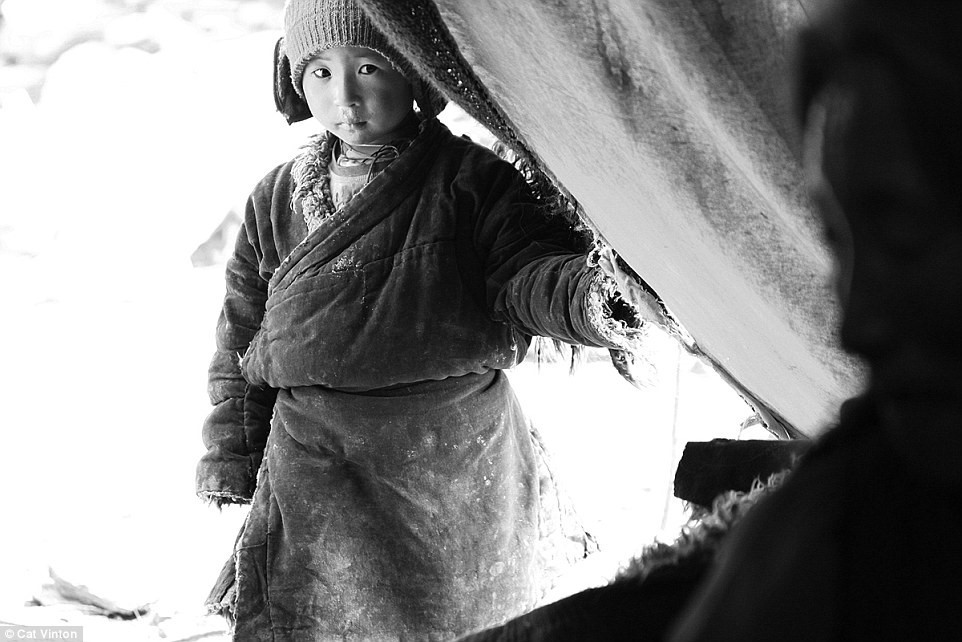 Photographer Cat Vinton was welcomed among Jimmai’s tribe – the Chang Tang-Pa – and spent two months learning of their unwavering determination to preserve their nomadic lifestyle. She lived with a family and slept in their tents of yak skins. 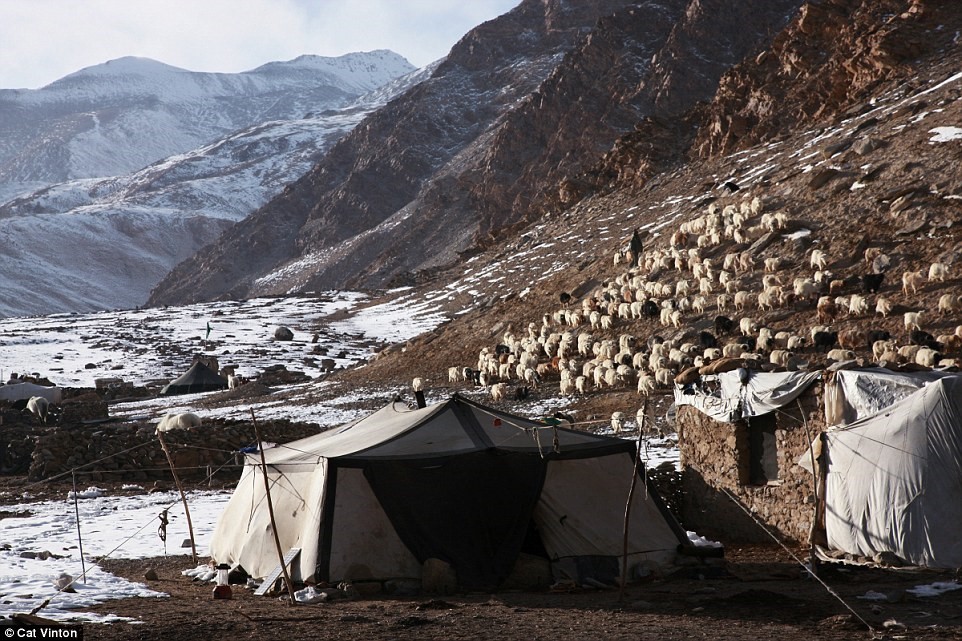 Vinton was welcomed into Gaysto’s family, they were pictured here. His 12-year-old daughter Sonam is on the right, son Karma at the front and wife Yangyen on the left. 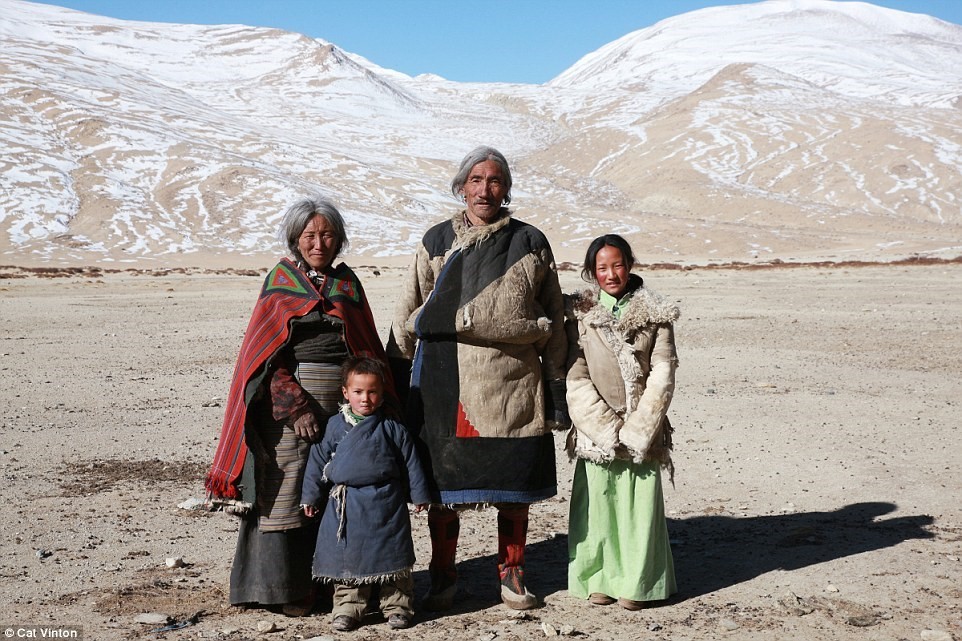 The little 12-year-old girl, Sonam, is responsible for ensuring the youngest members of the flock get milk and food – a tough mission when most grazing land is below a thick layer of snow. 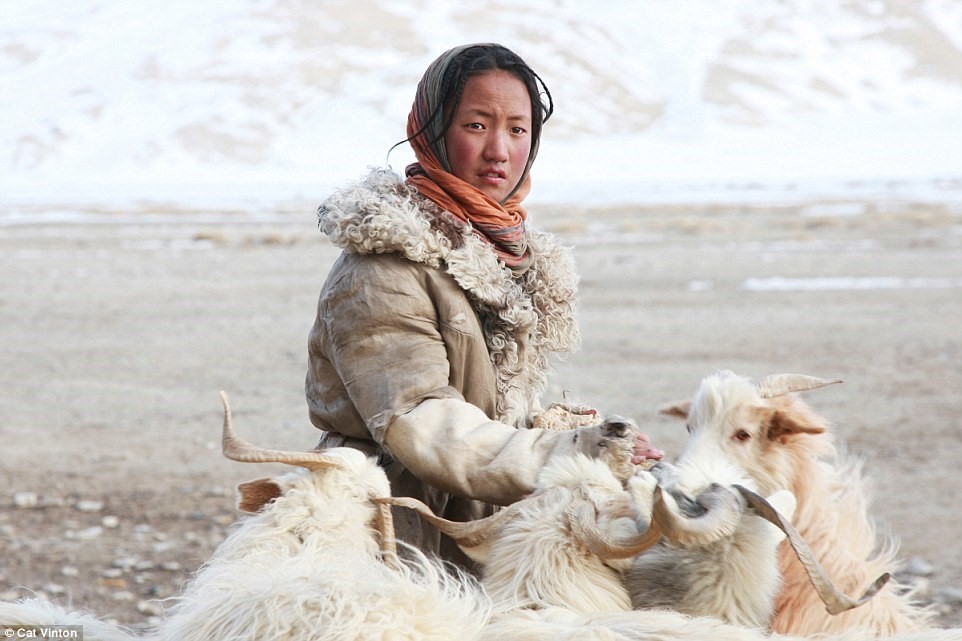 These hardy nomads don’t have any money or technology and survive on an old trading tradition of exchanging goods (most are goats or products from goats). 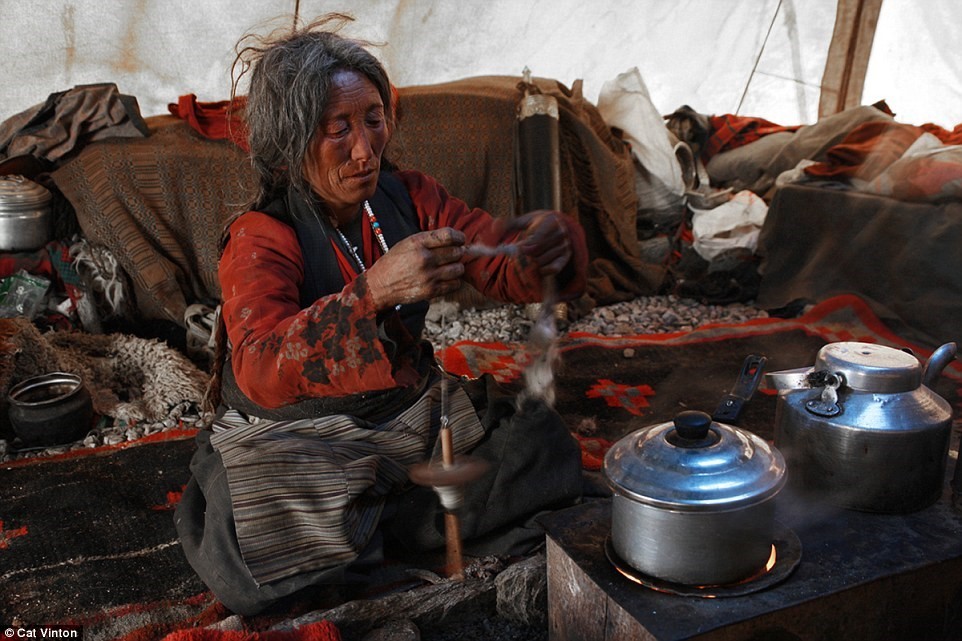 Ms. Yangyen and Karma shared cozy moments in the house. Of course, they have little in the way of modern comforts – no technology and very little means by which to communicate with the outside world and they live a simple existence centred around living off the earth. 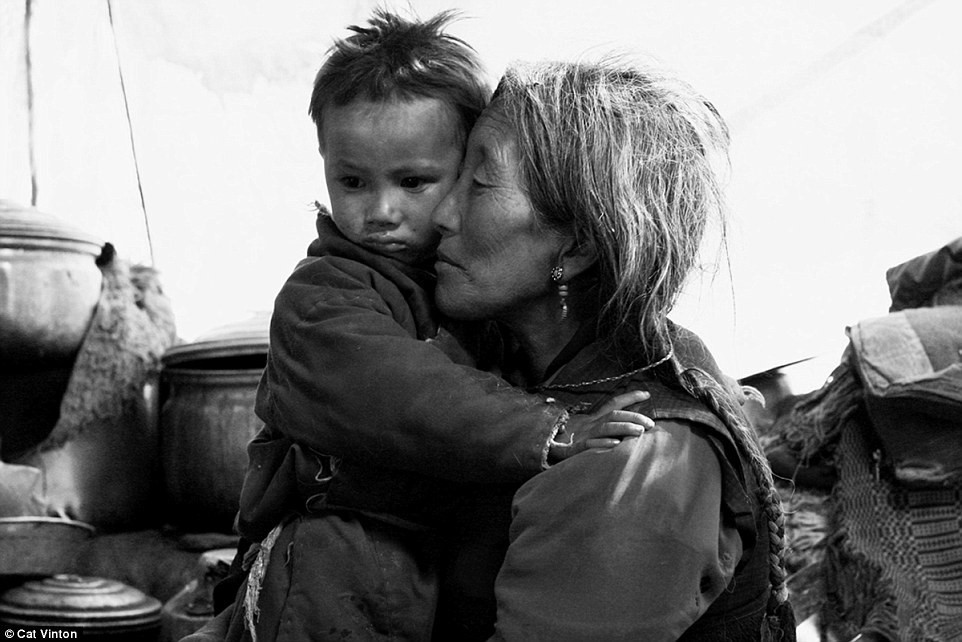 Their lives are entwined with their goats. Sonam would sing to her animals and venture across the mountains for days on her own looking for new pastures for them. 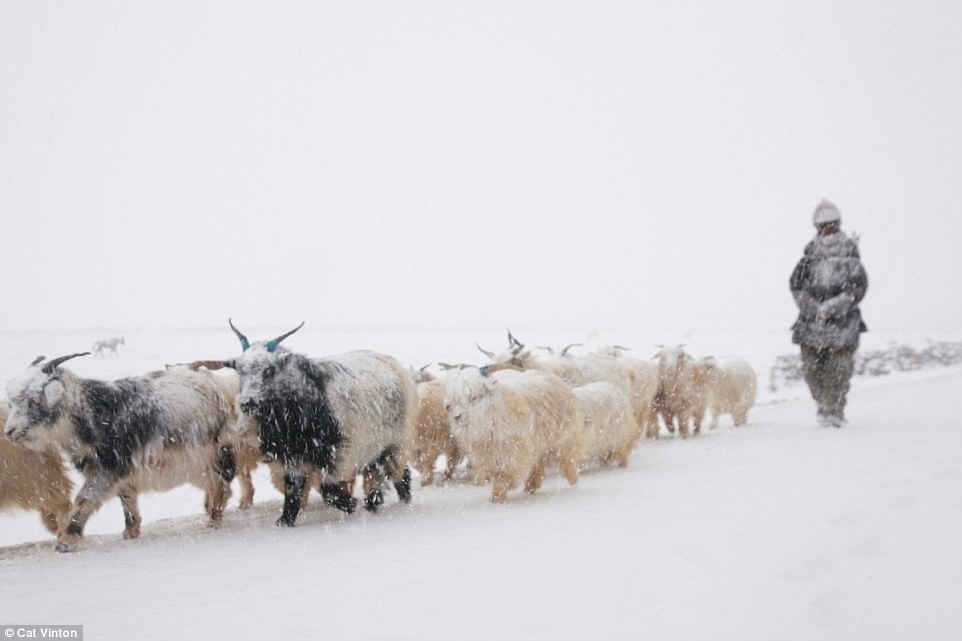 Ms. Yangyen is doing tsampa – a Tibetan sort of flour – from roasted barley. 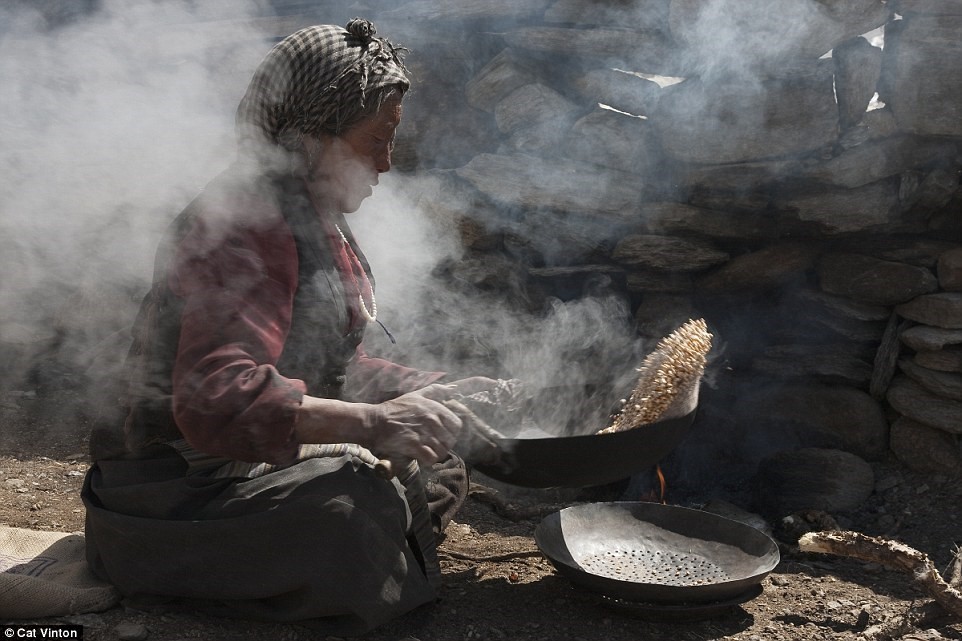 When Gaysto’s family headed to the grazing area for the next season, they left the foundation of the old module tents. The following year, his family would return to this place. 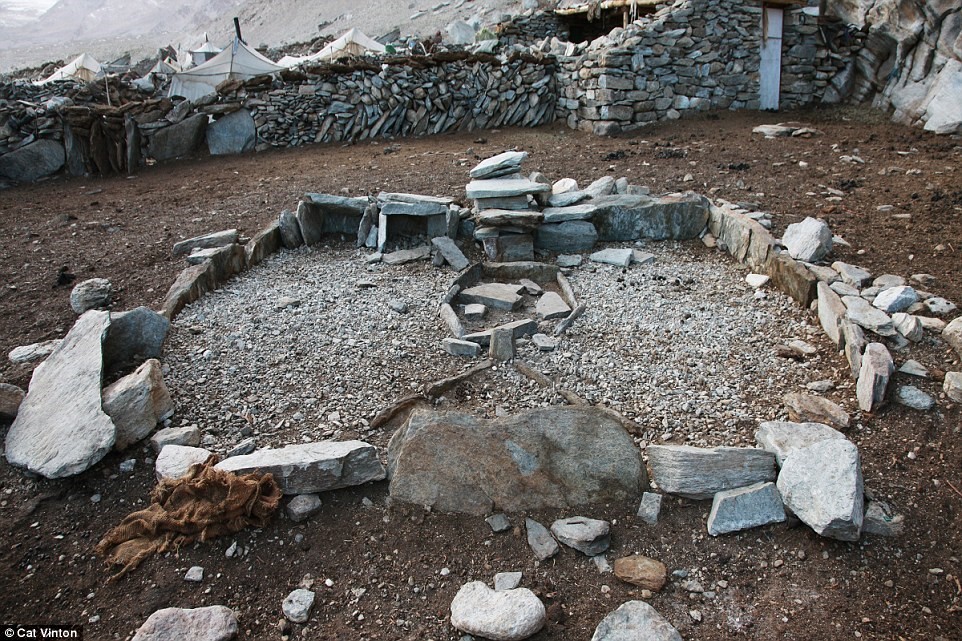 The families live a devout Buddhist lifestyle and Vinton says she witnessed them chanting Tibetan prayers in the early morning sunlight. 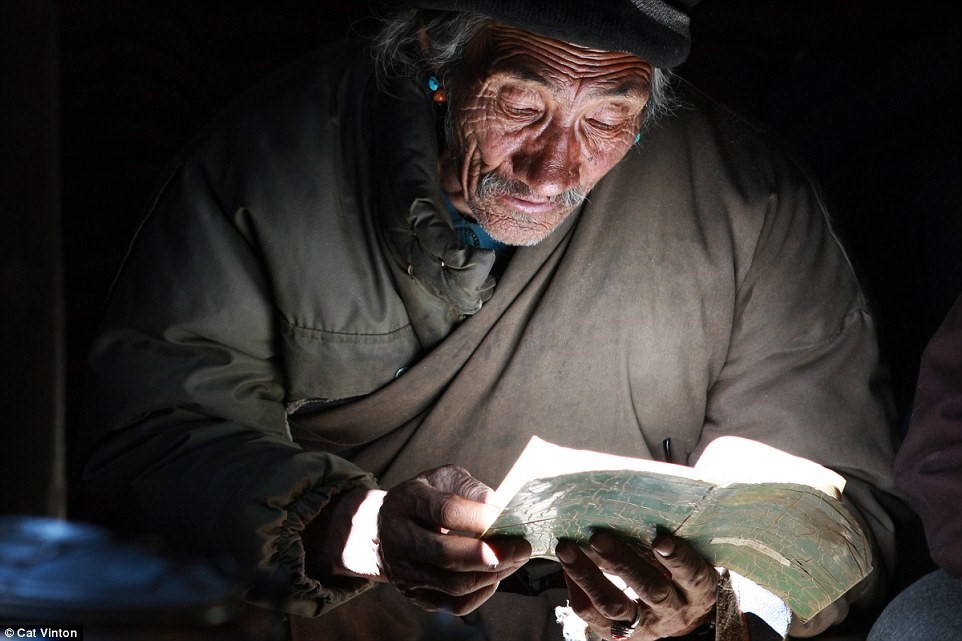 Gaysto is now 55. He and his tribe remain the rhythm of an ancient way of life, pure survival on the slopes of the vast Himalaya! Their whole life is free amongst the nature with yak-skin tents and herbs. 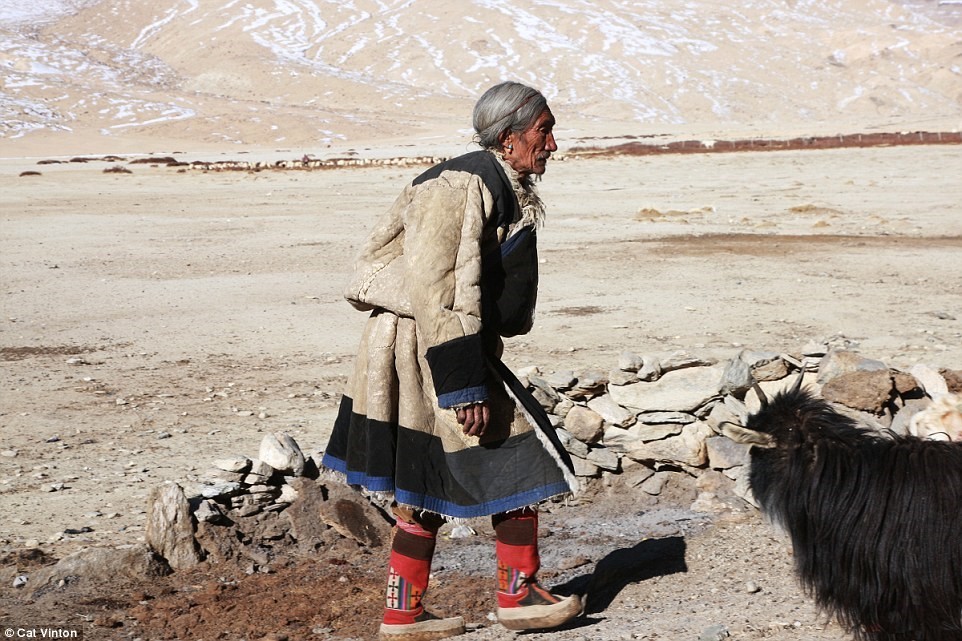 Vinton says that the future of this Chang Tang-Pa tribe seems to be very shaky, their culture is about to diminish amongst the snow covered peaks. 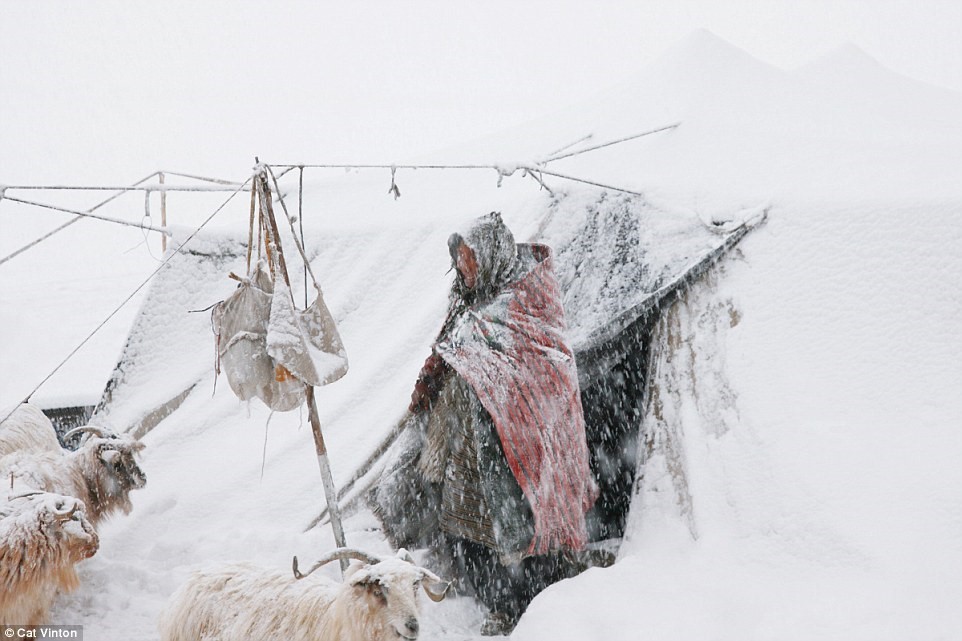 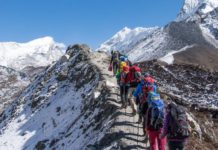