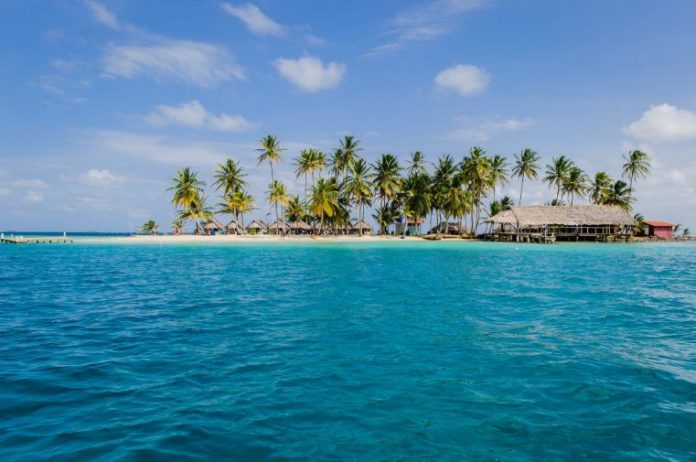 If you only know Panama through the Panama Canal or “Panama Papers” scandal, you have missed a golden spot in the world for tourism.

Vietnamese citizens had visa-free or visa on arrival access to Panama, where there are dozens of reasons for you to prepare money and time to backpack. Here are the reasons why you should visit Panama at least one in a lifetime.

Although Panama is a small country, about the size of South Carolina, it has a great variety of world-class attractions: exotic tropical rainforests, beautiful mountain refuges, two coasts for the Caribbean and pacific style beaches, more than 1000 islands, six living Indian cultures in their own reservations.

It is hard to think of any other destination in the world that has such a variety of attractions so close by and so easy to get to.

In today’s economy people are looking for tourism bargains. Normally the kind of pristine natural beauty Panama offers has a hefty price tag on it. However, because Panama has just begun to promote itself as a tourist destination, its prices are some of the best in exotic travel.

Within Panama City, taxis and meals and hotel prices in all categories are particularly pleasing. In fact, the Economist just published a study that found Panama City to be one of the ten least expensive cities in the world!

Panamanian business establishments accept US currency because the Panamanian currency is the US dollar! The great thing is you can buy goods and services at a reasonable price.

3. Panama is world-class for adventure

Panama offers many choices for both the hard and soft adventure seeker. International experts rave about river running in Panama, including rafting and kayaking.

You can take an ocean-to-ocean hike across the Isthmus through dense jungle, live with ancient Indian tribes experiencing their culture or surf on the world famous Santa Catalina beach. Canyoning, trekking and river and sea kayaking are excellent.

Panama is a great tourist destination for those want to adventure.

Panama is one of the safest countries in Latin America for tourists. Tourism crime especially is low.

You won’t have to be constantly on your guard for pickpockets or purse snatchers like in other countries in the region. The incidence of daylight robbery and dishonest taxicab drivers are really rare.

Foreign residents will tell you how safe they feel in Panama compared to other countries in the region and it is only getting better.

5. Panamanians are friendly and hospitable

When you get here you will find that Panamanians are some of the friendliest people in the world You don’t need to learn the Spanish language in order to communicate with Panamanians.

English has become the second language among the local residents, so you won’t encounter difficulties in instances wherein you need instructions for directions. The locals are very friendly and helpful so don’t be shy when you are in need of help.

Since Panama has historically been an international crossroads, Panamanians understand, appreciate and enjoy Americans and other foreigners.

Not to mention Panama uses the U.S.dollar as its main currency, so you won’t have to be a mathematical genius to figure out what that meal just cost or how much to tip the bellboy and if you are American, you won’t have to exchange your currency at all.

6. Panama is the best place for nature travel and ecotourism today

Panama has the most accessible exotic nature in the world. Its position as a narrow land bridge connecting two continents endowed it with some of the worlds’ most pristine and bio-diverse rainforests, with national parks covering more than 2 million hectares.

There is a local saying: “In other countries, you have 20 tourists looking at one bird while in Panama you have one tourist looking at 20 birds.”

A key indicator of its bio-diversity: Panama has 944 recorded bird species, more than the U.S. and Canada combined. Importantly, all that great nature is very accessible- some of the best locations are less than an hour from Panama City!

7. Panama has a first world infrastructure

Panama has a first-world infrastructure starting with a US style capital city with high-speed internet, the second largest Free Trade Zone in the world, a banking sector with 90 banks, tap water you can drink first rate hotels and restaurants and the best shopping in Latin America.

The highway infrastructure, medical care, telecommunications and business services are excellent comparable to the USA as noted in the ARRP’s Modern Maturity magazine.

8. The best place for ornithologists and birdwatchers

Panama City is nestled right next to the only rainforest within city limits in the world, the Metropolitan Park, as well as the Panama Canal rainforest where some of the best day trips are.

Pipeline Road, the scene of a world record (350 bird species counted in one day) is scarcely a half an hour from Panama City.

In Panama, you can get very close to the best of tropical nature without traveling long distances, giving up your creature comforts or putting yourself in any kind of danger.

Panama has world class fishing spots in a number of places on both the Pacific and Atlantic coasts. One place in Panama, Piñas Bay, holds 170 world fishing records.

10. Get to visit indigenous Indian cultures

There are about six indigenous Indian tribes residing in Panama. These tribes have been featured on major networks such as National Geographic and Discovery Channel.

Definitely, you will get to see them in person and maybe get to know their culture as well. The good thing is, these tribes are really friendly to visitors and are happy to share their culture and their way of living.

What are you waiting for? Come to Panama!