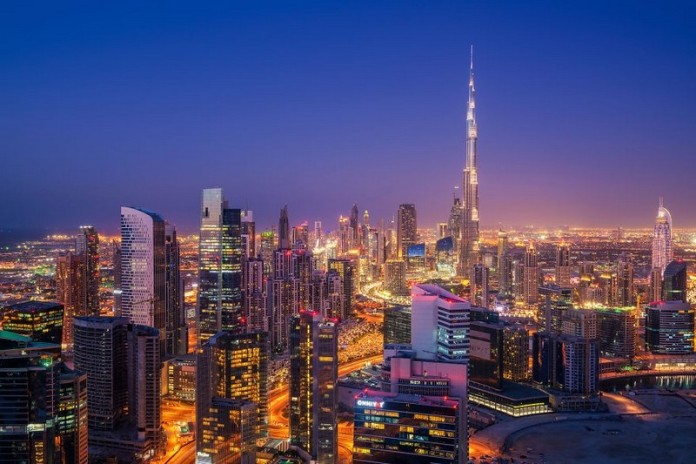 With spectacular buildings, Dubai becomes stunning in the lights at night, bringing tourists the feeling of getting lost in a city in a science fiction movie. 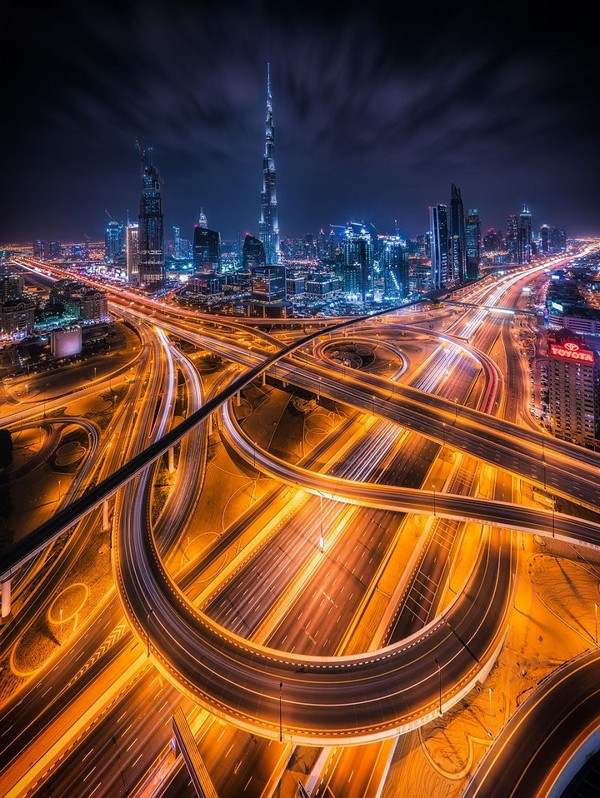 From a poor fishing village, Dubai has had massive development just in a short period and become a deluxe destination of the world. The highways crossing each other and interchanges appeared all over the city with the impressive skyscrapers. 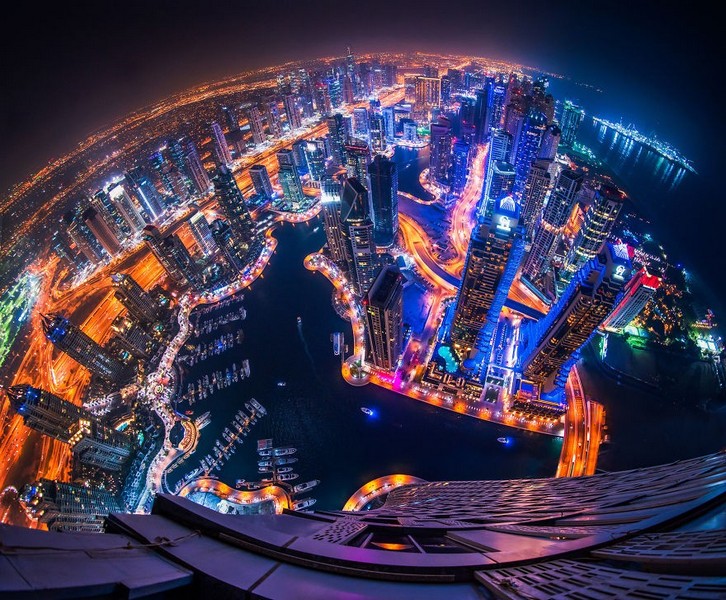 Dubai harbor, the parking space of luxurious yachts, is surrounded with sparkling buildings in colorful light. Standing high above and looking down, visitors will feel as if they were in the future world. 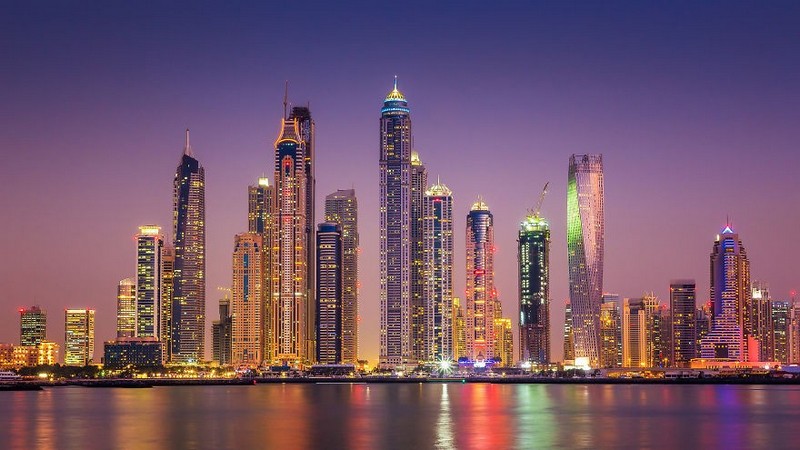 Skyline view from Dubai harbor can reveal the huge scale of the buildings. 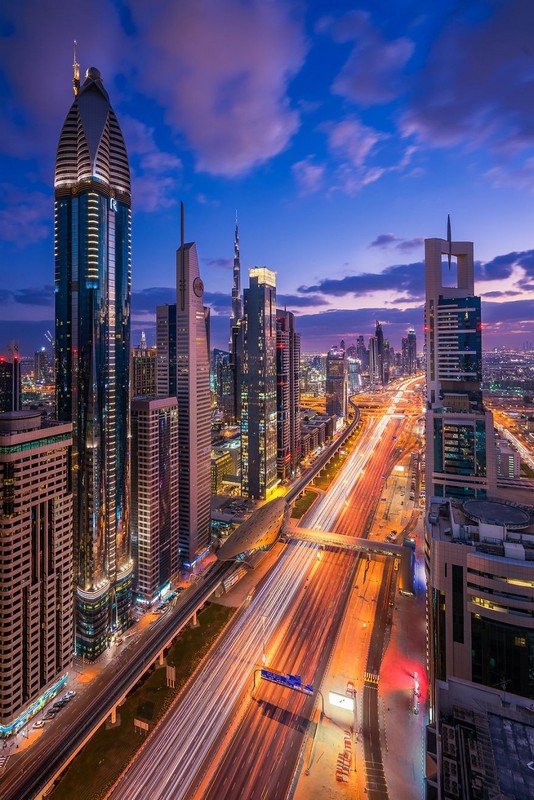 This scene looks no different like in the sci-fi film Blade Runner. 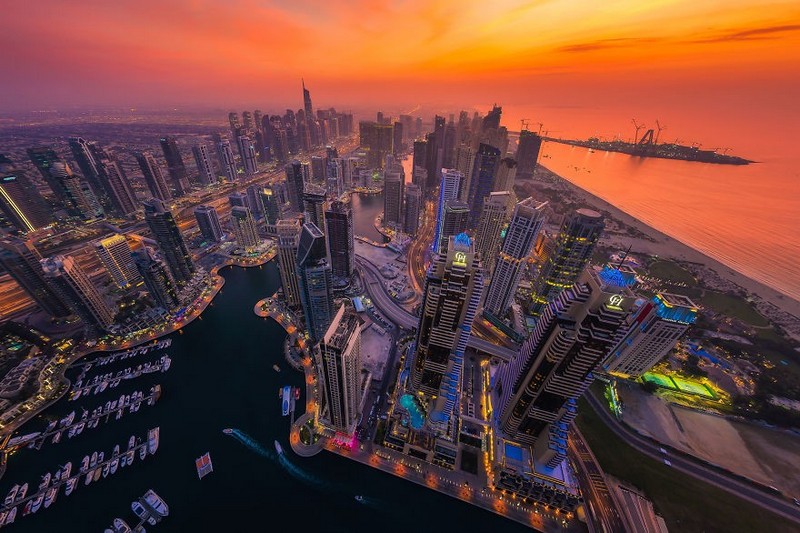 The buildings in downtown area of Dubai, and many other ones are under construction. 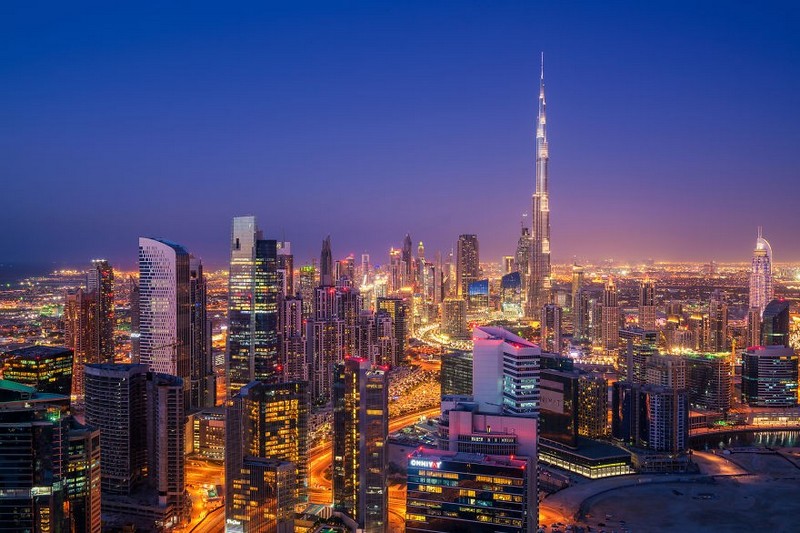 At night, in the sparking colorful light, the city’s scene becomes breathtaking and it makes you feel like the city never sleeps. 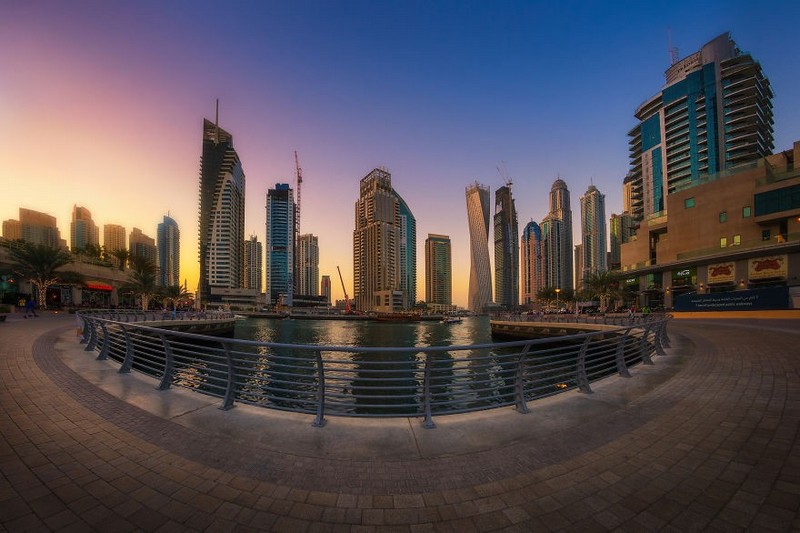 With the spectacular sunset, the city still does not lose its own mystery. 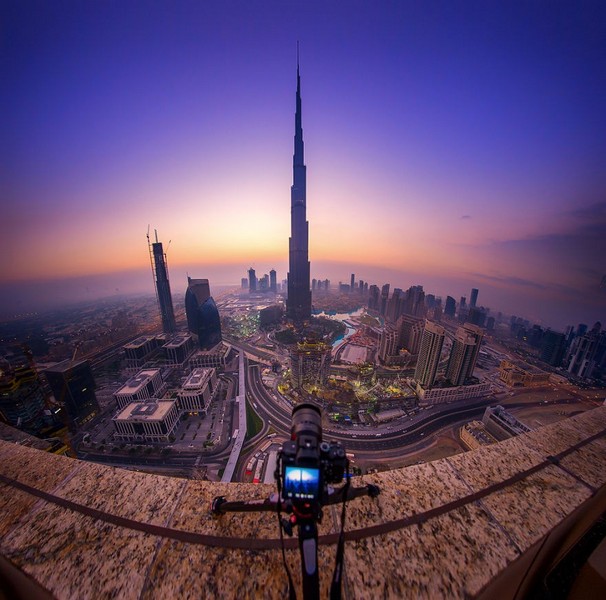 Khalifa tower – the tallest building in the world (829.8 meters) – is the center and one of the most famous icon revealing the ambition of Dubai. 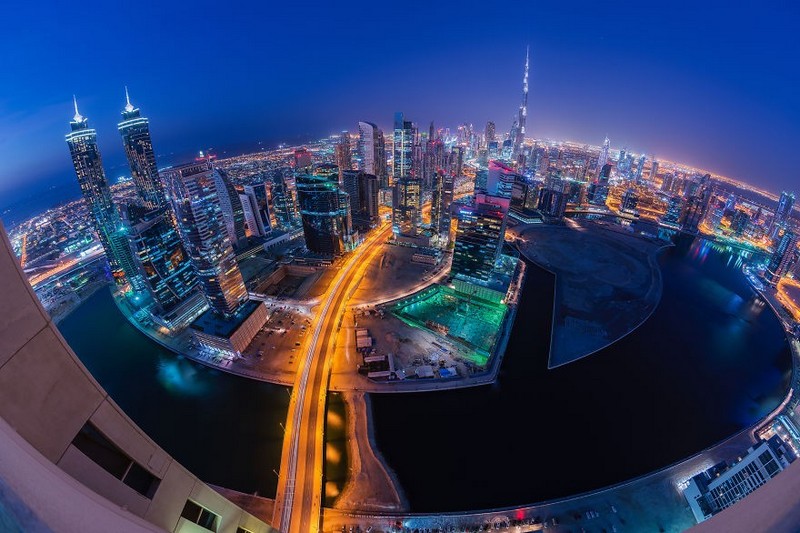 The view of the whole ciy is lit up at night. 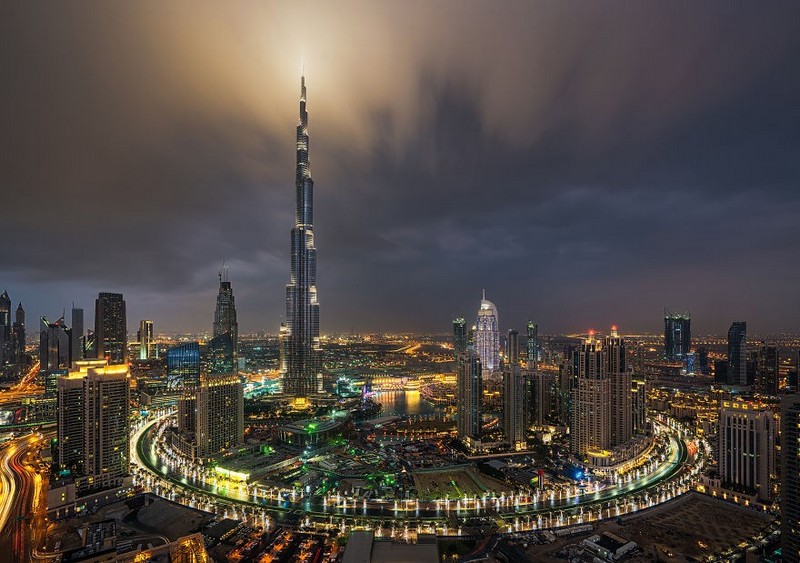 Khalifa looks like a structure in a sci-fi film.

The photos are from the Dutch photographer Albert Dros. 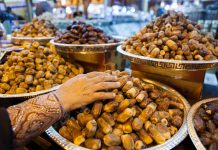