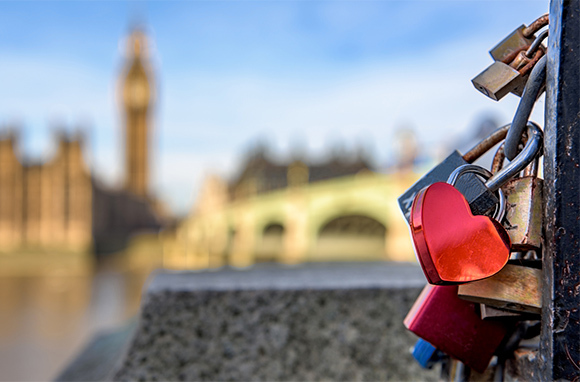 Whether we’re single or dating, many of us use Valentine’s Day as an excuse to get away. But more often than not, we wind up giving in to overpriced food and accommodations in some of the world’s most touristy destinations. Don’t be like that this year. Steer clear of these seven destinations that aren’t worth visiting on the most romantic day of the year.

The Las Vegas Strip is the most visited tourist attraction in the world, drawing in nearly 40 million visitors a year. And last year, it also happened to be the most popular destination for celebrating Valentine’s Day, despite hotel rates surging by 62 percent according to a report by Hipmunk.

My advice? Skip the casino chaos and costly hotels, and road trip to one of Nevada’s smaller, cheaper, and less congested towns where you can still find plenty to do.

Where to go instead: With mountains as its backdrop, Pahrump, Nevada, is a small desert town on the California-Nevada border, an hour west of Las Vegas. Here, you can enjoy wine tastings at Pahrump Valley Winery and the Sanders Family Winery, the only two wineries in Southern Nevada, go for scenic hikes, and eat in eclectic restaurants. And if you’re looking for a taste of Vegas, you can gamble in the Pahrump casinos, which are far less crowded.

From ice skating and Broadway to all-star restaurants and comfortable cafes, New York City is one of the most romantic destinations in the country. And, considering that it’s home to two of the three most visited tourist sites in the entire world—Times Square (number two) and Central Park (number three)—it’s also one of the busiest.

New York City is one of the top five destinations people consider visiting on Valentine’s Day, and among its tens of thousands of hotels, roughly 60 percent are designated “romantic” by Hipmonk—a classification based on neighborhood, dining scene, and amenities like pool, spa, and balcony. Anyone looking to spend February 14 in one of these properties can expect to pay up to 70 percent more.

Where to go instead: Boston also has a lively nightlife, top-notch restaurants, unique neighborhoods, and many free attractions. And while Boston can be busy and pricy, too, you’ll still save money if you choose it over the Big Apple.

Food in Boston is 8 percent cheaper than in New York City, according to Expatistan, a website that compares cost-of-living and transportation expenses. Getting around in Boston, which includes cab fares, public transportation and gas, costs 27 percent less than New York. And, if you’re looking for a hotel in Boston on Valentine’s Day, hotel rates in average $184 per night compared to $273 in New York City.

It doesn’t get any dreamier than Paris. Lovebirds gather from all over the world to soak in the city’s classic architecture, iconic monuments, bridges and parks, world-class dining and theater. Paris is romantic year round, but even more so in the spring and summer, so save it for another time when you can dine outside and wander along the Seine.

Where to go instead: Ditch Paris (just this once) and head to Dijon, the capitol city of the Burgundy region, less than a two-hour train ride away. Full of cultural sights, old-world charm, marvelous restaurants and shopping, and some of the country’s best wineries, Dijon is a lively city that’s also much more affordable.

Romantic strolls along the Thames, cruises, cozy pubs, panoramic city views, and iconic sites are only some of the reasons why lovers flock to London. And given that it’s one of the world’s most visited cities and one of the biggest tourist magnets, it’s safe to assume that Valentine’s Day in London is one place you don’t want to be.

Where to go instead: You can find plenty to do in the hip seaside city of Brighton, situated on the south coast of England just 50 minutes outside of London. It offers the perfect mix of city life and laid-back beach lifestyle and boasts many year-round food, art, and music festivals; a scenic waterfront; and tons of shops and pubs along Brighton Pier. This up-and-coming destination is a cheaper and a far less crowded alternative to the bustling city of London, and it even made it onto TripAdvisor’s list of Top Destinations on the Rise for 2016.

Niagara Falls is the fifith-most visited tourist attraction in the world with 22.5 million annual visits, according to Travel Weekly. And sure, the famous falls are impressive. Admiring them with your significant other might even be deemed romantic, but don’t drive out of your way just to visit, because that romantic high won’t last long.

Big crowds are a certainty on Valentine’s Day, and hotels close to the falls become very pricy. Plus, there’s nothing romantic about the fast foods joints, arcades, and tacky souvenir shops all around the falls

Where to go instead: Take in scenic water views in the charming lakeside town of Canandaigua, less than a two-hour drive from Niagara Falls, and just 45 minutes west of the Finger Lakes. Here, you can walk the pier along Canandaigua Lake; stroll through the Sonnenburg Gardens and Mansion Historic State Park; and enjoy wine tastings, art exhibits, and some peace and quiet.

Reno is a popular “anti-Valentine’s Day” destination, known for its long running Vampire pub crawl (for “those who think Valentine’s Day sucks”). But ironically, it’s actually the most marked-up location in the U.S. to book a hotel over the holiday.

Where to go instead: Head south of Reno and take a 75-minute drive to the small town of Markleeville, a popular stop for hot spring seekers and recreationists. Mountain-style lodging, eclectic restaurants, and warm hospitality are only a few of the things you’ll experience here. With Grover Hot Springs State Park located just four miles west of the town, you can also cross-country ski, snowshoe, hike, and warm up in the hot springs at the park’s winter campground.

Winding canals, romantic gondola rides, waterfront restaurants, and postcard-perfect architecture make Venice the quintessential couple’s getaway. But while a Venetian-style Valentine’s Day sounds like it would be nothing less than magical, the city is also overrun by tourists, making it difficult to even maneuver about the city.

Where to go instead: Save yourself from the congestion and head to Bassano del Grappa in the Veneto region of northern Italy. Here you’ll find more romantic bridges and canals, just an hour train ride from Venice. Bassano del Grappa is far less crowded and expensive than Venice, and it’s equally scenic. Set on the Brenta River beneath the Venetian Prealps, you can soak in mountain and water views, enjoy authentic Venetian cuisine, and stroll through this medieval city’s many historic sites. 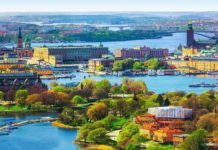 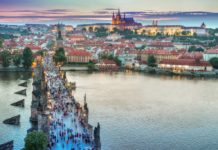 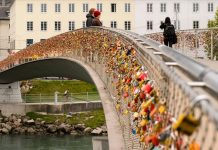 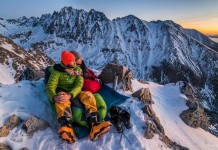 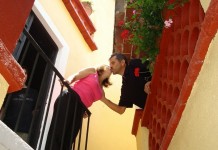 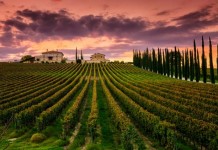 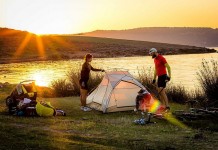 Meet Jen & Dave — The couple who loving traveling and blog