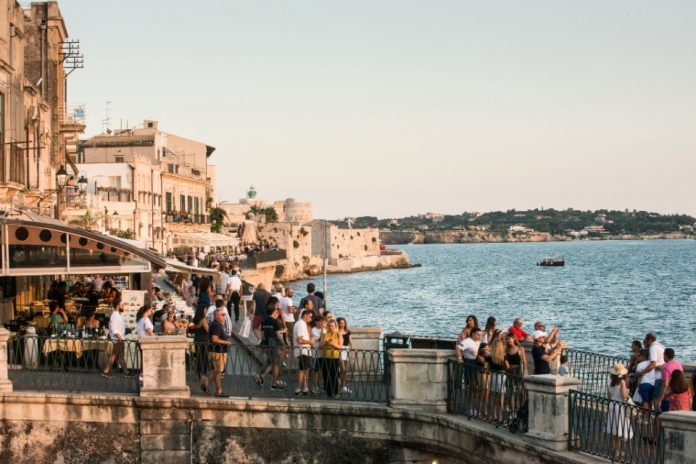 I have visited Syracuse several times. Although it is not a particularly vibrant or bustling destination with many interesting activities, it always calls me back to the mind of a visitor who has fallen in love with the quiet, gentle of an ancient soul of a city now asleep. Or perhaps it was because the image of the beautiful but pitiful Malena had romanticized the city to an extraordinary extent in me. So, is Syracuse worth visiting, what to do in Syracuse and how to plan a perfect budget trip to Syracuse for the first-time? Let’s check out our Syracuse blog with the fullest Syracuse travel guide (Syracuse city guide, Syracuse visitor guide) from how to get there, where to stay, Syracuse what to see and top things to do in Syracuse to find out the answer!

Syracuse is the birthplace of the mathematician Archimedes

The ancient Greek mathematician and scientist Archimedes was born in Syracuse. He is known as one of the greatest mathematicians and physicists of the ancient Greek civilization. Some of his most famous discoveries include the relationship between the surface and volume of a sphere, and the invention of the Archimedes screw, a device used to lift water from a depression into an irrigation ditch.

In this article, I will share a little of my experience of visiting Syracuse.

Syracuse blog: What to know before visiting Syracuse?

Syracuse is a seaside town, part Sicily and part Ortigia, with a walled city wall offering immense views. Traveling to Syracuse, renting a room in Ortigia side is the most convenient because this is the central part.

Although beautiful, Syracusa doesn’t particularly have much things to do. The city is very quiet and not very active. Nightlife is rarer. Come here to relax or to visit some of the surrounding beaches. But if you want to go to the beach, Sicily really has a lot of parts with much more beautiful seas… Like Cefalu, Taormina, beaches near Trapani, San Vito lo Capo, Belastrate, Zingaro reserve, etc. So, in my opinion, if you not have time in Sicily, Syracuse itself needed only a day is enough. Take a day trip from Catania is quite suitable. 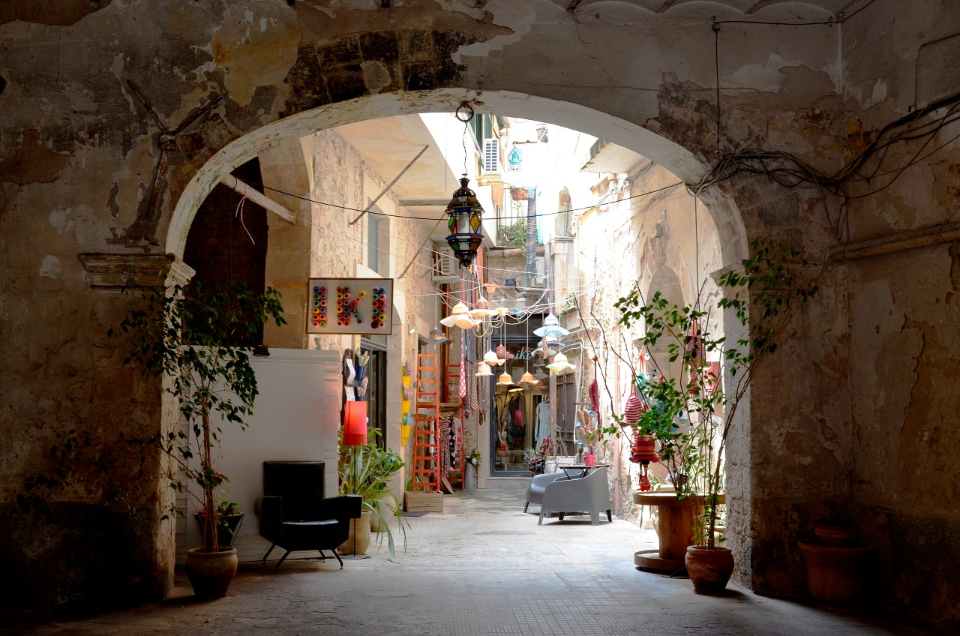 Syracuse is especially famous for its ancient Greek theater, where many performances still take place today.

If you want to get to Syracuse, the most convenient starting point is Catania with about 2 hours by train. Note: the train station itself is about a 20-minute walk from the island of Ortigia. If you take the bus, the bus will drop you closer.

Syracuse travel guide: What to do, see and things to do in Syracuse

Wandering around the lovely nooks and crannies of Ortigia

The old town of Ortigia itself is lovely and extremely peaceful even in the peak tourist season. Besides the silent grandeur of Syracuse architecture during the day, the brilliance of the lights at night is also irresistible. Wandering in Syracuse, seeing the temple of Apollo now in ruins, then resting with aperitivo in one of the bars in the main square overlooking the cathedral of Santa Maria delle Colonne in the sunset is truly nothing more better. The church itself dates back to the 7th century. But the architecture and style is distinctively Baroque. (What is Aperitivo? See also: Tips to visit Italy like a local). 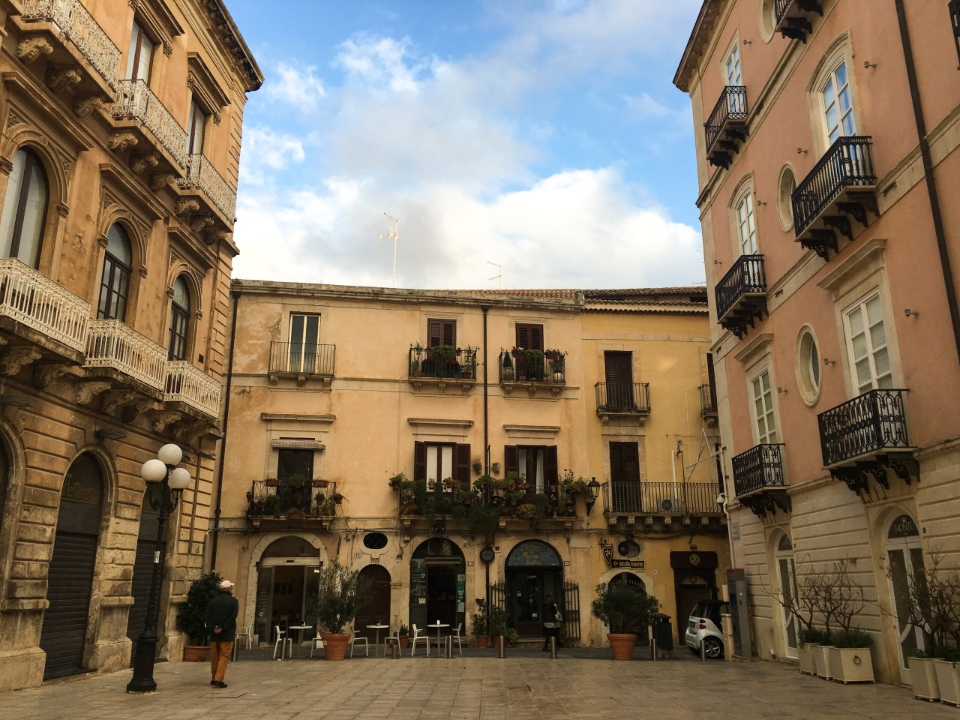 Castello Maniace is a large citadel and castle built in 1240 by Holy Roman Emperor Frederick II. During its heyday, the castle played an important role in controlling the harbor and protecting the island of Ortigia. The ruins of the castle have been well maintained and are a fascinating spot to stroll and learn about history, as the castle passed between various rulers and empires. 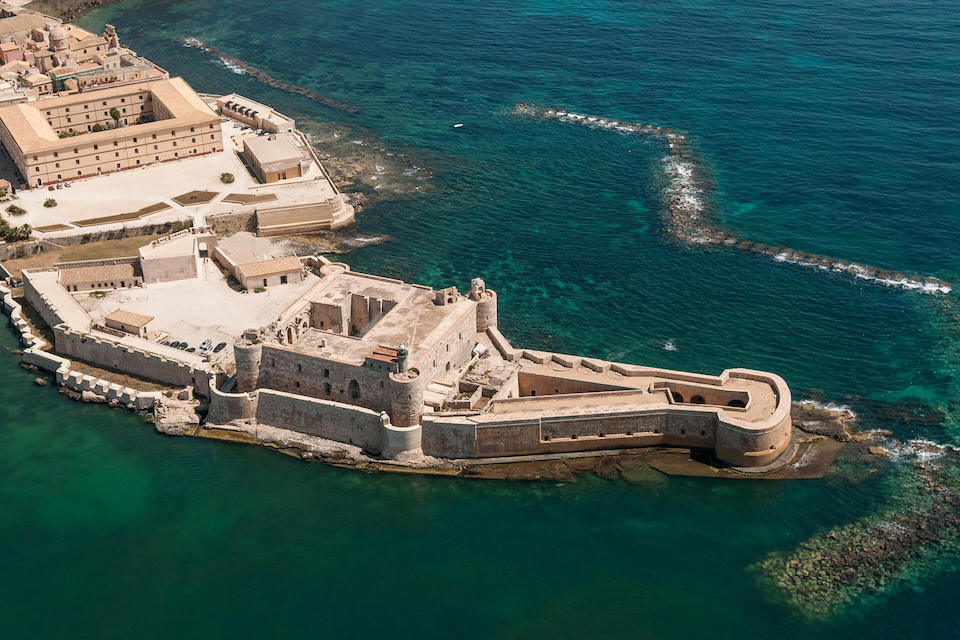 In 1704, Castello Maniace was severely damaged by a storm. It was rebuilt in the following years. Castello Maniace remained in use as a military defense until the 1970s when it was demilitarized. It was restored and became an Italian tourist attraction. 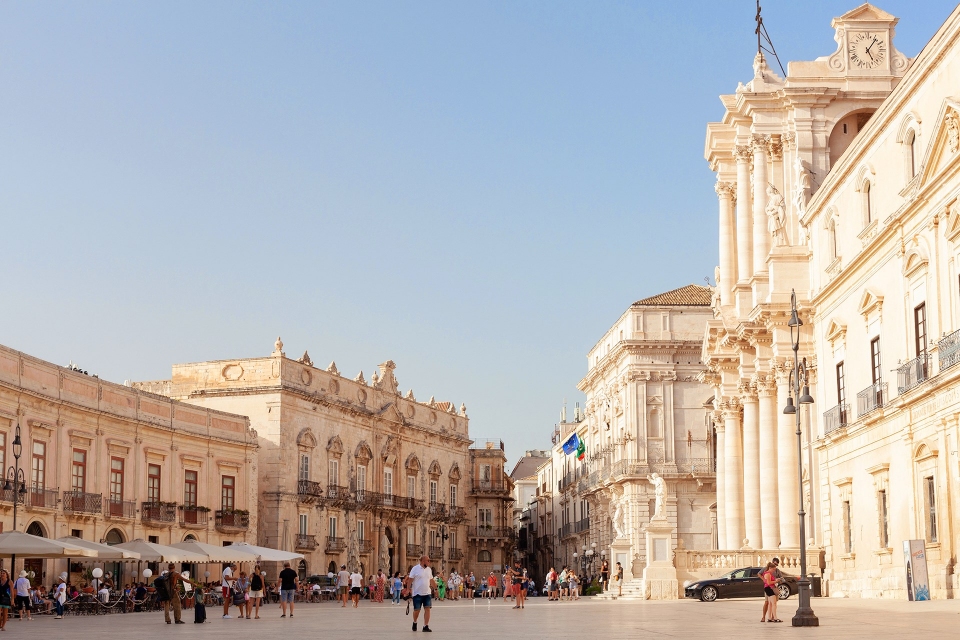 Piazza del Duomo is arguably one of the most beautiful Baroque squares in Sicily. The square has undergone extensive restoration and is surrounded by quaint aristocratic palaces and the Baroque Duomo. The Duomo was built in the ancient city of Syracuse. Although little of the original Acropolis remains today, on the side of the Duomo there are pillars built in the ancient Greek Acropolis style. 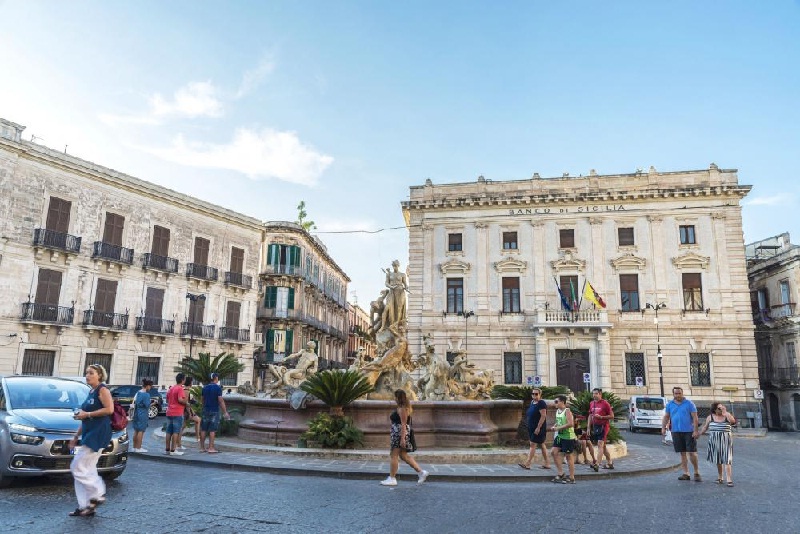 Piazza Archimede was built in homage to Archimedes. The square is surrounded by medieval buildings dating from the 14th and 15th centuries. In the central part of the square there is a beautiful fountain considered a masterpiece of art. The fountain is built in an art nouveau style and its motifs are by the goddess Arethusa (the patron goddess of Syracuse), who was transformed into a spring by the goddess Artemis. If you want to discover more of the most ancient places while traveling in Europe, visit the ancient city of Plovdiv in Bulgaria or the city of Trie in Germany.

If you are a history buff, when coming to Syracuse, you should definitely not miss the Syracuse Archaeological Site (park). This site is located outside Ortigia, in the Syracuse part of the island, about 20 minutes walk from the station. The park embraces both Greek theater and Roman amphitheater.

Besides two monumental ancient historical buildings, the park also has a very cool garden, inside there is a cave called the Ear of Dionisius and there is a section of the park with animals. If you go all the way here, you will also find a small workshop specializing in making papyrus paper according to ancient technology.

For me, almost no visit is complete without a visit to the local market. It can be seen that the local market is always the place to feel the most local atmosphere. Syracuse market is small, nice, bustling enough, where even locals love and shop. However, you should go a little early to avoid crowds. Inside the market everything is extremely fresh. Sellers especially like to give items directly to customers to try before buying. Go around, maybe full!

Inside the market, there is a family-owned store specializing in cured meat, cheese and sandwiches that is very very well-known with both locals and tourists, named Caseificio Borderi (Address: Via Emmanuele de Benedictis, 6, 96100 Siracusa SR, Italy / Hours: 7AM–4PM/Sunday: Closed/Phone: +39 329 985 2500). This shop specializes in homemade cold cuts and cheese. Their mozzarella is fresh hand made every day. Borderi’s Mozzarella is probably one of the best Italian mozzarella I’ve ever tried! In addition, the owner – a bread artisan will creatively demonstrate sandwich styles according to taste and requirements, which is very interesting.

However, due to its popularity and quality as well as extremely reasonable prices, this store always crowded (even when we visited during the pandemic). So the advice is to avoid the time either too early or too late. We came around 10am and it was busy enough but still served quickly. If you just want to buy sandwiches and go, then queue up in front of the counter. As for me, I advise you to sit down at the small tables right next to and order a cheese / cold cuts.

Right opposite the sandwich shop is the biggest seafood store in the market – Fruitti di mare del popolo. Seafood here is fresh every day, reasonable prices. Shrimps are usually especially fresh, firm and thick. If you do not intend to go out to eat, buying food here is a right decision without worries. As for the common standards of fruits and vegetables, most of the stalls are of very good quality.

Things to do in Syracuse: Go to the beach! Why not?

Obviously, going to the coastal towns, you have to swim in the sea. However, Syracusa is not famous for its beaches around the city. In Ortigia, there will be two or three small beaches, each of which can hold dozens of people and is cramped. Tiny sandy beach right next to Fonte Aretusa. Going a little further, there will be a rocky beach at the foot of the wall. We swam here. But really, both of these beaches are not ideal places to relax. The sand beach was too small and the rocky beach was too painful!

So, if you want to swim in the ocean, consider getting out of Syracusa. Beyond Syracusa, there are many beautiful beaches. The nearest beach Arenella is about 20 minutes by bus. This is the most famous beach. But we took a train to Fonte Bianche beach. This sandy beach is quite long, very beautiful, and the water is clear. In the epidemic time, it was not particularly crowded, cool atmosphere but not crowded at all. But normally it will definitely be crowded. Go early for a perfect day at the beach.

How to get to Fonte Bianche?

To get to Fonte Bianche, there is a train every hour from the main station. Note: Syracusa train station in addition to the main bins also has Ovest bins to get to the nearest stations in the region. These two Ovest bins are located a bit hidden, at the other end of the station. Pay attention to the sign.

From Fonte Bianche station to the beach, you have to walk about 15 minutes. When returning, there are trains and buses. The last train runs about 6:30pm or 7pm. And the bus has more trips. But the bus stops are all unsigned. So if you take the bus back, ask the locals specifically, so you don’t stand in the wrong place. Buses from Fonte Bianche to Syracuse are routes 22, 23. Watch carefully and catch it.

Of course there are more beaches in the province of Syracusa than there are Arenella and Fonte Bianche. If you stay longer, you can refer to Tripadvisor to choose a beach that suits your interests.

This is an activity I especially enjoy when I visit Syracuse. As a lover of the sea, walking right next to the immense sea has an incomparable attraction. It’s best to start the journey at sunset to avoid the harsh sun, starting from Aretusa springs, walking along to a small fishing village (now mainly restaurants) and so on as far as you can go!

Tip: Also, in the small square overlooking the sea right next to Fonte Aretusa. In the summer, there will be a beautiful souvenir market. From this square, it is very nice of the sea!

Syracuse blog: Where to stay?

In case you want to spend a night in Syracuse, we suggest some best and top hotels in Syracuse for you refer to below. 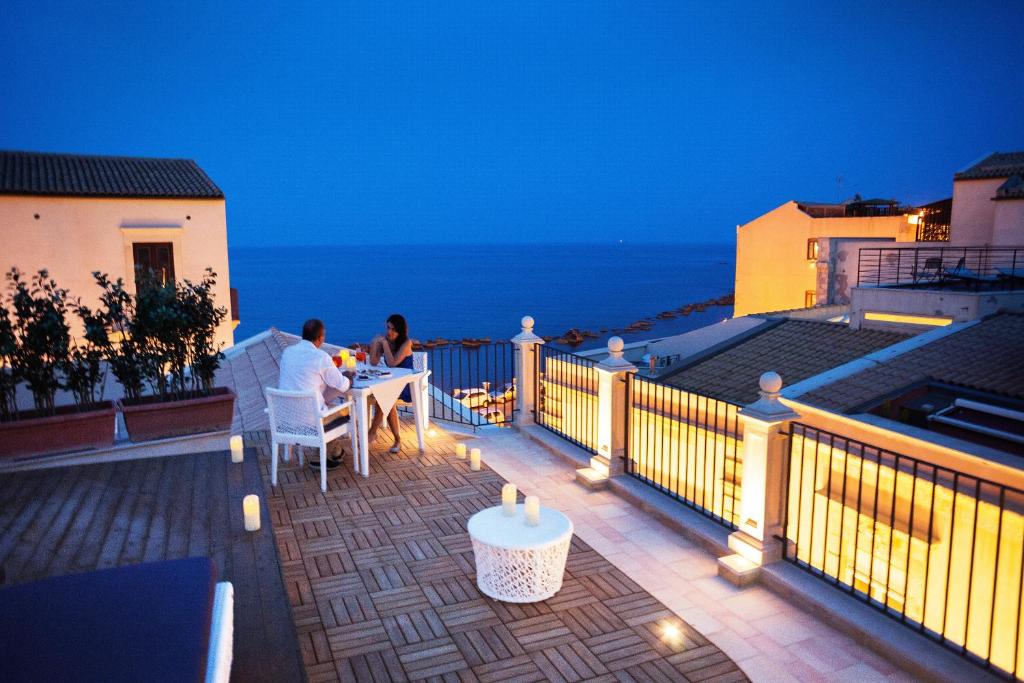 Check out more good hotels on Agoda.com or Booking.com.

Syracuse is definitely a Sicilian hidden gem, although not as popular as other dazzling beach destinations. Don’t hesitate to spend time in this peaceful yet friendly town!

For more information about Syracuse, plz refer to this site.

Some best day tours, trips, activities and transfer services, tickets in, from and to Sicily you can refer to

Are you looking for more top things to do in Sicily: Tours, activities, attractions and other things? Let’s check it out here. And Italy travel guide here. 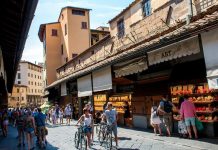 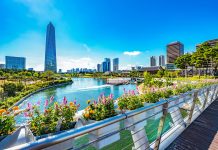 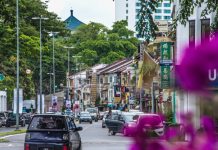 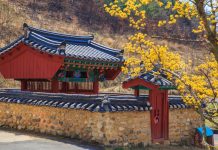 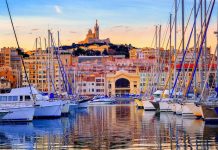 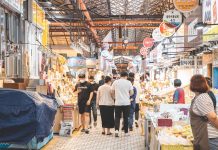 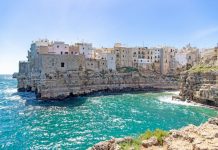 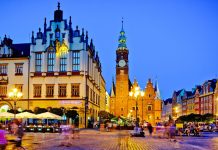