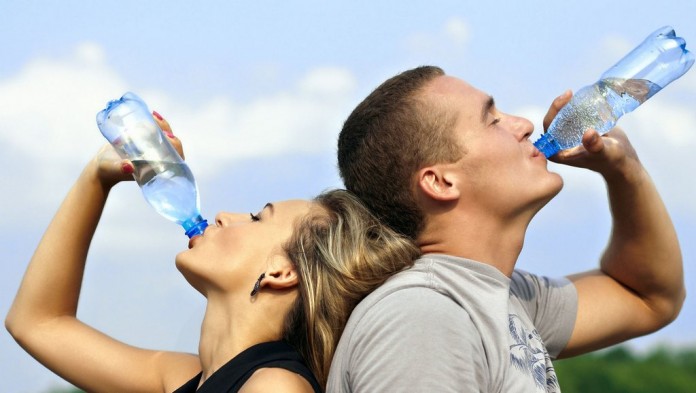 If it seems like you pay for every plane trip with about of cold or flu, you’re not far off. Research has found that people consistently report higher rates of cold symptoms after plane travel, with 3 to 20 percent complaining of symptoms a week after a two and a half hour flight in one study.

While recirculated air is most often blamed when people get ill after a flight, the researcher’s conclusions were much more surprising. The prime culprits: Dry air and the body’s physiological response to lack of humidity top the list, followed by “small cabin space per person,” then limited air circulation. But instead of spending your time in transit worrying whether germs lurk in every corner, take steps to protect yourself. Here’s a seven-step plan to arm yourself against cold and flu viruses while you’re in transit.

Most commercial planes fly at elevations between 30,000 and 35,000 feet, where humidity is well below the 15 percent required to keep nasal passages moist. When the mucus membranes of the nose and throat get dry, it inhibits the natural drainage system that carries any viruses or bacteria encountered down to the stomach to be flushed out. Drinking water keeps the mucus membranes in the nose and throat moist and better equipped to fight germs.

What helps: Drink a bottle of water before you get on the flight, so you start your journey well hydrated. If you hate buying bottled water, carry an empty water bottle through security and fill it as soon as you’re through.

According to the National Institutes of Health (NIH), airborne germs are one of the top-two sources of cold virus infection. You can’t make sure the limited amount of air on a plane is germ-free, but you can try to prevent the germs from getting to you.

What helps: Use a saline nasal solution or nasal mist to keep your nasal passages moist (just follow the directions on the bottle), which effectively boosts your body’s own germ-flushing action. Or try applying a small amount of Neosporin or petroleum jelly just inside the nostrils (use a Q-tip if your hands aren’t freshly washed). Experts say the antibacterial action of Neosporin is unlikely to present much of a barrier when used in this way, but it never hurts to moisturize the inside of the nose.

The steam from hot drinks, like tea, coffee, and hot chocolate, is also an effective way to keep the mucous membranes moist. If you’d rather avoid caffeine so you can sleep on the plane, a great solution is to carry your own decaf or herbal tea bags and just ask for hot water.

3. Be on guard against food-borne bacteria

Although you may like the convenience of in-flight meals on shorter flights, those served on longer flights and in first class may not be the perk they appear to be. In 2010 the FDA issued a warning about food-borne illness from airplane food, reporting that cockroaches, ants, flies, and debris had been found during an inspection of the Denver facility of the world’s largest airline caterer, LSG Sky Chefs, which provides 405 million meals a year worldwide for more than 300 airlines. The FDA also detected the deadly bacteria listeria in samples taken from a kitchen floor.

Since then, LSG Sky Chefs says it has taken measures to remedy the problems. But such information isn’t exactly reassuring, and FDA inspection reports show that unsanitary and unsafe conditions have been found in many of the catering operations that have provided food to airlines in the last two years.

What helps: Since heat kills most food-borne bacteria, pay close attention to whether your airline meal is served piping hot. If you see evidence that a meal wasn’t heated thoroughly, such as a still-frozen or cold spot in the center, send it back. Make sure all snacks and sandwiches are served in plastic. Better yet, bring your own food from home.

The bad news: One person with the flu who’s coughing and sneezing can infect others. The good news: You’re generally only in danger of catching the flu if you’re within two rows or seat lengths of the sick person, according to new research. In a study conducted after the advent of H1N1 flu in 2009 and published in the Centers for Disease Control (CDC) publication Emerging Infectious Diseases, passengers were found to be at a 3.6-percent increased risk for flu if they sat within two rows of someone with symptoms, and the risk jumped to 7.7 percent for those who sat within two seats of the sick passenger.

What helps: If you suspect a fellow passenger to be a germ dispenser, ask the flight attendant if you can move. You can either be truthful about the situation or try another tactic, such as volunteering to be in an exit row, asking to be closer to the bathroom, or offering to switch places with someone who wants to sit closer to children or other family members.

If moving isn’t an option, take steps to protect yourself. If someone behind you is coughing or sneezing, don’t tip your seat back, which brings you closer. If the person hacking away is in the row in front of you, tip your seat back; gaining even a few inches can be protective. And when possible, travel with a face mask – available at any drug store – and put it on when you have no other options.

According to the National Institute of Allergy and Infectious Diseases, the rhinoviruses that cause the common cold can live up to three hours on shared surfaces such as armrests, tray tables, and bathroom door handles. And the seat pocket in front of you? The passenger before you may have put his used tissues or discarded napkins there.

What helps: Pack disinfectant wipes, and use them to wipe down tray tables, seat arms, remote control devices, and TV touch screens. Try not to stash personal items such as eyeglasses and Kleenex in the seat pocket. Instead, keep them in your carry-on. For public surfaces you have no choice but to touch, such as bathroom door handles, use a tissue or paper towel between your hand and the object. And always wash your hands before touching your eyes or your nose; experts say this is the most common route for cold and flu transmission.

This is one case in which being paranoid is just common sense. Germs are all around you, and when you’re trapped in a tiny airline cabin, there’s just no way you can get a lot of distance from them. But you can keep them from invading your defenses by being on guard. Even if you go through your daily life with hardly a thought about cold and flu viruses, it’s a good idea when flying to take extra steps to avoid them – or to kill them before they can do damage.

What helps: There’s no substitute for hand washing as a first line of defense against all types of illness. Wash your hands before and after you get on the plane, using a paper towel to turn off the faucet so you don’t pick up more germs before you’re out the door. And don’t forget to scrub under the nails; a recent study found that this is where up to 70 percent of germs hide.

Carry an alcohol-based hand sanitizer for use when you can’t get to the bathroom to wash. Also, avoid touching your eyes or nose with your hands any more than you have to, and wash them before you do.

7. Fight for your right to fresh air

While you might be tempted to close that air vent blasting an icy breeze, don’t. The lack of circulating ventilation is one of the main reasons airplanes are safe havens for germs, according to studies of cold transmission on planes. Actively recirculated air is filtered, so planes equipped with good ventilation systems have lower cold and flu transmission rates than those that don’t. And the blowing air can help push away the germs that might float into your space from a nearby passenger.

What helps: Beware of any situation (such as a delay on the runway) in which you’re held on a plane with the ventilation system turned off; there have been documented outbreaks of flu on airlines under these conditions. In one infamous case study many years ago, 72 percent of passengers who were delayed for three hours before takeoff because of engine problems became ill within two days – and the researchers traced the flu strain back to one sick passenger. Planes have improved since then, but any time people are confined in close quarters for long periods of time breathing stale air, the result is increased exposure to airborne germs.

FAA rules require that passengers should be removed from an aircraft within 30 minutes of shutting off the ventilation system, but they’re not always enforced. If you’re on a delayed flight and you notice the air go off, watch the time, and remind flight attendants that regulations require that the ventilation be turned on. 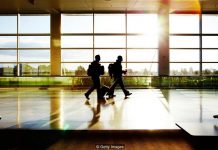