The smallest and most densely populated of all Central American, El Salvador (literally ‘The Saviour’) has never piqued travel interest quite like its neighbours.

A civil war that dominated the nation’s headlines in the 80s and early 90s probably hasn’t helped – nor has a lack of traditional Caribbean coastline – but are these any reason to leave El Salvador off your Central American itinerary? We say ‘El no.

It has to be said, El Salvador does lack the white-sanded, turquoise-watered hedonist hubs you’ve come to expect from The Americas. You won’t find anything remotely resembling Tulum’s glitz, Varadero’s glamour or Cancun’s gaudiness along El Sal’s coast. But for my part, El Tunco’s mellow stretch of volcanic sand and super surf trumps Cancun’s manicured mayhem any day.

Then again, it all really depends on what you’re seeking in a Central American sojourn. If it’s lobster buffets, coconutty cocktails and clubs that refuse entry to the locals, El Salvador is likely to disappoint. If it’s a country where tourists are still a relative anomaly and life moves at a different pace, this might just be The Saviour you’re seeking. Here’s what you can expect from a jaunt through the only country in the world that doubles as a noun.

The cheesy goodness of Pupusa

Trust us, before you go, learn the Spanish for ‘One more please’. Image Rene Mayorga, Flickr
Refried beans and melted cheese squished into a fried wad of cornmeal may not sound like much, but kicking this El Salvadorian intro off with anything other than a tribute to the country’s most iconic dish would be verging on sacrilege. Fast, filling, cheap, and all-too-easily encountered on any street corner, these little parcels of don’t-mind-if-I-do are an addiction waiting to take off. Different regions champion their own Pupusa variations, and fierce debate persists over whether maize or flour makes the best base. Pupusa-mania has also caught on in Mexico, where folk are perhaps more prone to calling things as they see them. There they’re called ‘gorditas’ – literally, ‘little fatties’.

Never mind what maps might have to say on the matter, according to El Salvadorians their country does have two coasts. There’s the ‘west coast’, which runs west from beneath San Salvador; and then the ‘east coast’, which extends in the other direction. The west is where most travellers (and locals) tend to do their beaching, basically because the surf is stupendous and some mellow little bar and bungalow scenes, plus a smattering of spectacular cliff top resorts, have sprung up in response.

Colloquially referred to as ‘the Wild East’, the East Coast serves principally as exploring grounds for surfing fanatics who consider three boards in the water two too many. The whole area is far less developed than the west, with the lovely, laidback beaches of El Cuco the closest you’ll get to anything resembling a beach resort.

El Salvador has the kind of volcanoes you travel a long way to see, rather than the ones you try to get away from at speed. The number of mountains that have blown their top at one stage or another is currently pegged at 22; but only two, San Miguel and San Izalco, have been active in recent years. Izalco is arguably El Sal’s most spectacular volcano, San Vincente the toughest to climb and San Miguel (Chaparrastique) the most rumbling. Those passing through the country’s capital San Salvador, will also get a good glimpse of volcano, as the city’s founders decided to build it on the slopes of one. Should San Salvador Volcano ever erupt, the fall-out from this decision will likely be bad. In the meantime, the crater’s a handy place for sticking in city TV and radio antennas.

Whether its through laziness or a distinct lack of pretension, you’ve got to give El Sal points for its no-nonsense approach to naming places. Pore over a map of the country with a Spanish dictionary and you’ll find a national park that translates to National Park of Green Forest, a city called Society, a beach called Water, some islands called Islands and a river called Big River. In the country’s western half you’ll also find a 36 km stretch of road called Ruta de Las Flores. In Spanish this translates to Route of the Flowers, and is a pretty good indication of what to expect: from October to February the surrounding hillsides erupt in a bright blooms in all directions. Even if your visit doesn’t happen to coincide with this time of year, don’t pass up a pilgrimage. This is coffee-growing country and it’s full of quaint little artisan towns, cheery weekend festivals, colonial-style architecture and adrenaline pumping activates for the adventurous.

Unfortunately and unfairly, the most common image of El Salvadorian people are the heavily tattooed, white-singlet wearing gangs that sprung up in LA during the early 90s (and were then transplanted back to Central American soil by the US government). While there’s no disputing that gangs are a huge problem in some parts of the country, as a tourist it’s very unlikely that you’ll encounter any. Gang neighbourhoods are regions unto themselves and not somewhere you’ll unwittingly wander into.

El Salvadorians as a rule are some of the most helpful, hospitable and genuinely friendly locals that you’re ever likely to meet. Home and family are everything here, and an open-armed welcome is often extended even to those who don’t yet belong to either. Because so many locals have family in the states, or have spent time there themselves, Westerners are graciously received and plenty of El Salvadorians speak at least a little English. They’re overwhelmingly thrilled and flattered that you’ve managed to look past their country’s infamy, and grateful for any chance to dispel it. 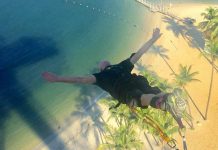 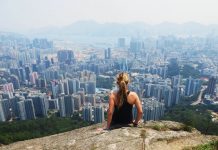