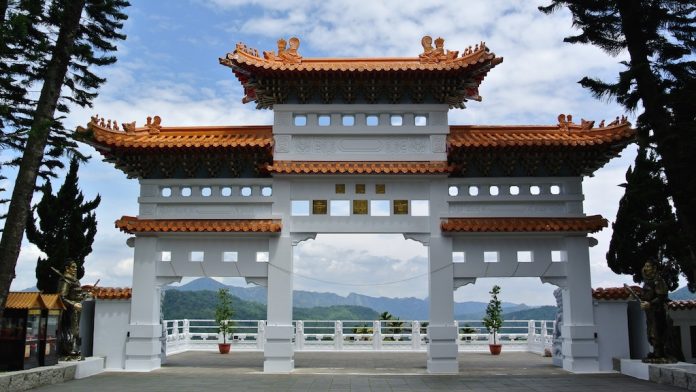 Today, I will share with you an interesting story that when I visited Sun Moon Lake (Nantou County, Taiwan), I followed the group of friends strolling around the lake, then stopped by Xuanzang Temple (Xuanzang Temple Sun Moon Lake). This is the temple to worship the Buddhist monk Tang Sanzang (Hyun Tsan, Hhuen Kwan, Hiuan Tsang, Hiouen Thsang, Hiuen Tsang, Hiuen Tsiang, Hsien-tsang, Hsyan-tsang, Hsuan Chwang, Huan Chwang, Hsuan Tsiang…) who is very famous in the novel of “Journey to the West” and is a real historical charactor. This temple in English is Xuan Zuang Temple (or Xuanguang Temple, Syuentzang Temple). So, how to get and what to do in Xuanzang Temple? Let’s check out my trip to Xuanzang Temple and explore the sacred worshiping place of Tang Sang (Xuanzang), the master monk in Tang Dynasty to find out the answer!

There are many temples that worship the master monk Xuanzang, but this temple next to Sun Moon Lake (Taiwan) is more famous because it’s keeping his relics (Śarīra). The relics (Śarīra) of Master Xuan Zang here is a small piece of his skull. The previous article about Sun Moon Lake was too many pictures and details, so long and spent much effort to read, so I split a separate article to write about this Xuanzang temple. You can read the Sun Moon Lake article here. 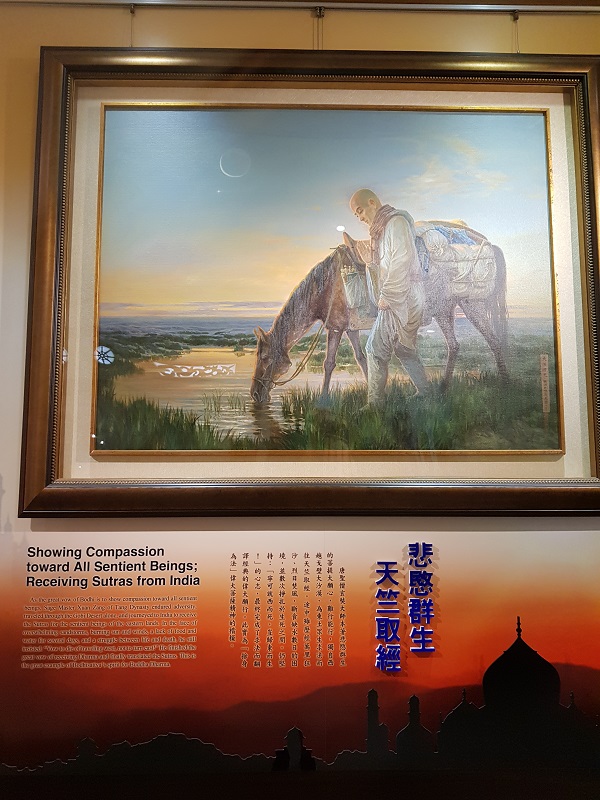 Thank goodness thanks to me taking a lot of photos, so now looking at them, I remember in very detail. Otherwise, my goldfish brain will forget all about it, haha.

Here I linger a little to see the indigenous people sing some their folk songs. While watching, it was pouring rain, so I was dragged away by my comrades. After enjoying Taiwan’s specialty “egg tea”, the 6 of us walked together along a trail through the forest. Because there are signposts available, it’s easy, just go.

I personally find a special feature of these trails through the forest in Taiwan, Japan or Korea are built by the government. Therefore, the pavement is usually built with concrete or wood. It is a beautiful road. If there is a slope, they will make more stairs.

The path is easy to go, the rain is a bit slippery. The two sides of the path are still green trees, tangled vines. Different from the concept of “trail” in Vietnam, LOL. “Trail” in Vietnam is a true trail.

Because the friends in my group are all trekkers or joggers, or backpackers, so they move with … the speed of light :)). When I stop to take pictures in a moment, but when I raise my face, I can’t see my comrades, it’s really scary, haha. The path is surrounded by mountains and forests, many vines, all kinds of trees. I like mountains and forests, so it feels like I’m released home :)).

After moving for a while (about 45 minutes), I got to the main road. 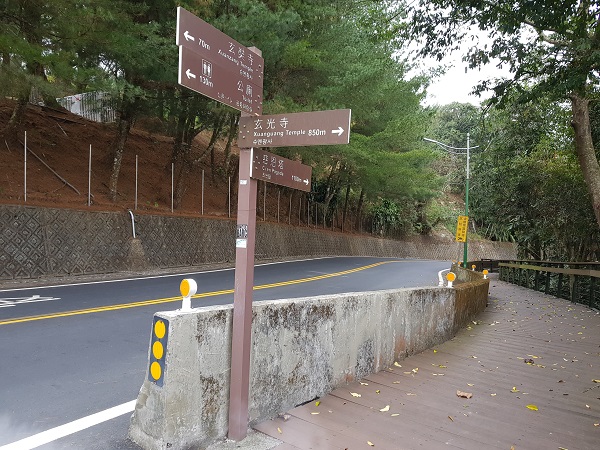 Standing in front of me is a very beautiful (jogging / cycling) path and Xuan Zuang Temple. 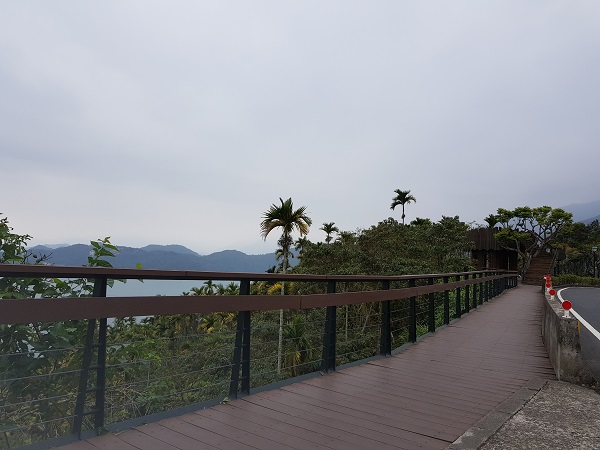 Here, I caught a rented bicycle from someone left, probably he went to the temple to visit. 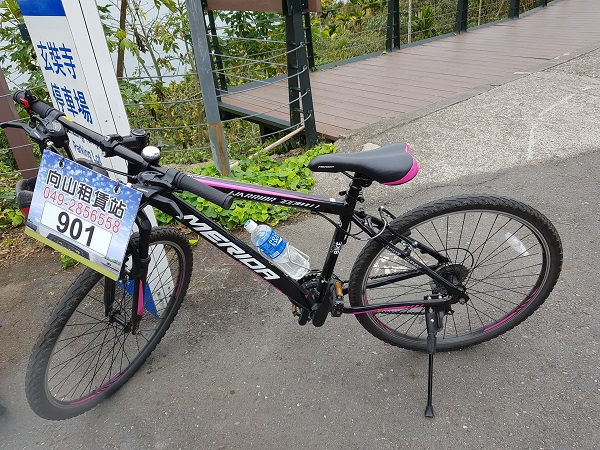 At this time, my companions entered the temple first. Well, then I have to self-discovered. 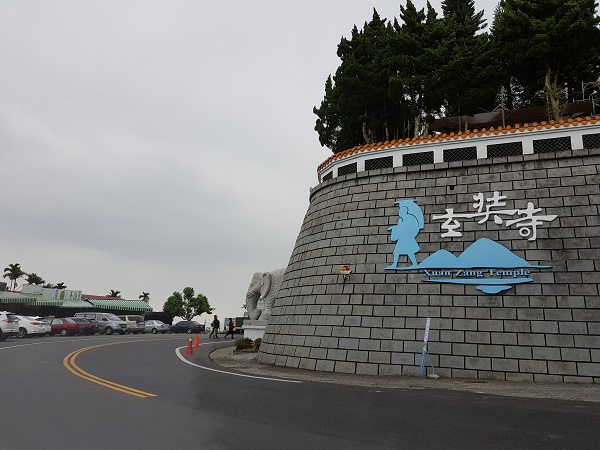 Here are some information and pictures in the temple: 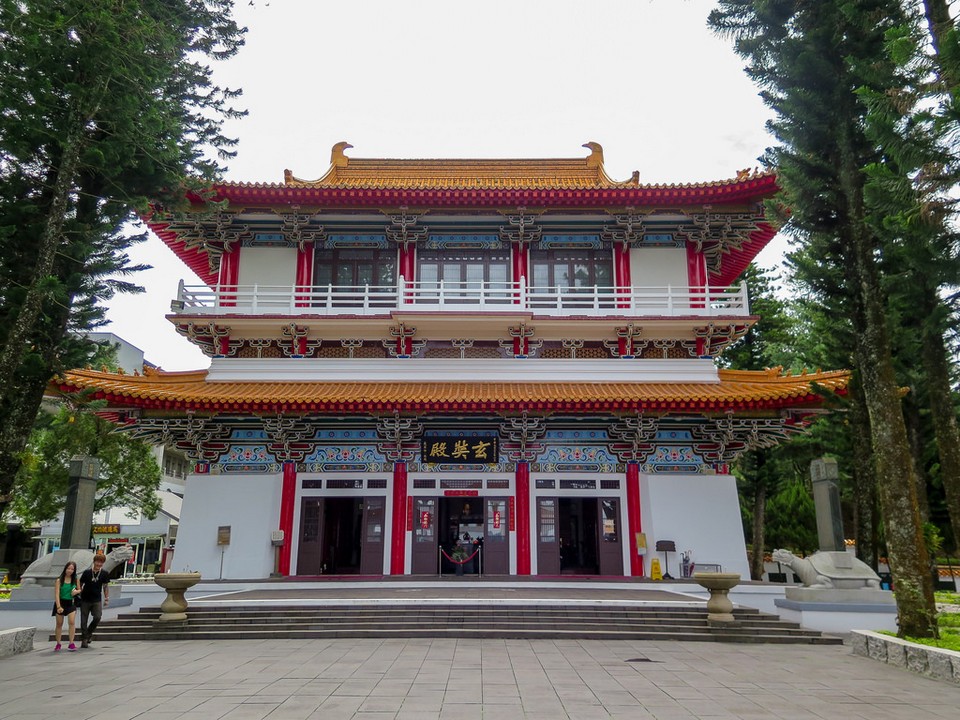 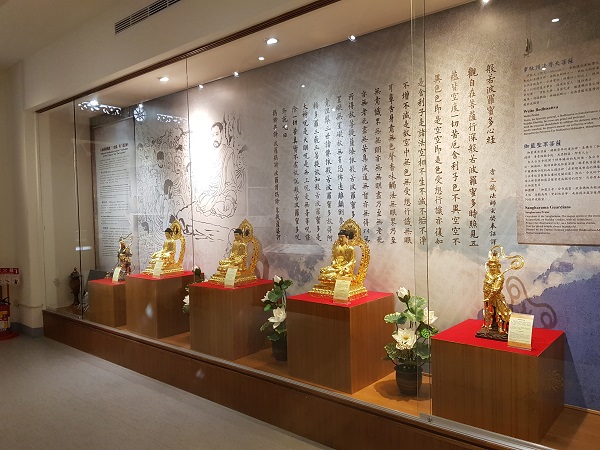 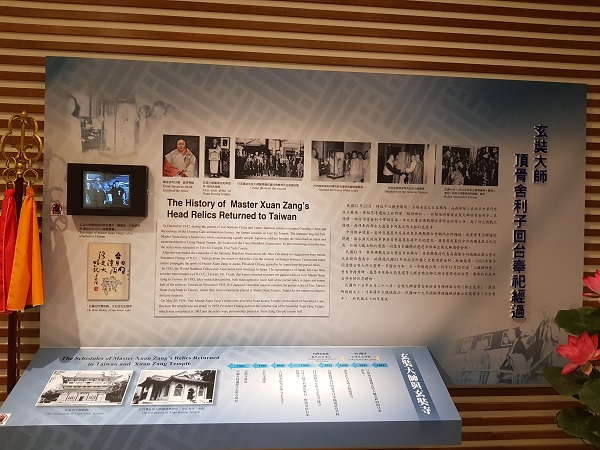 The temple architecture was built in the halls and rooms in the Tang Dynasty style. Xuanzang Hall is the main hall of the temple. In the temple, there is the relics (Śarīra) of monk Hiuen Tsiang as well as keeping his works. 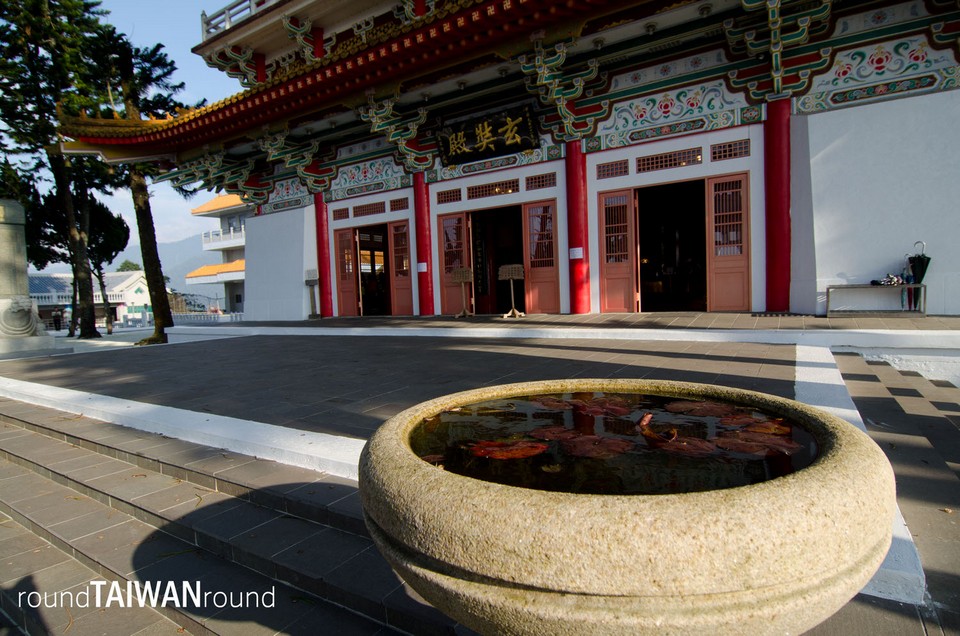 About the life of the Master monk Xuanzang

The great master monk Xuanzang was a famous monk during the Tang dynasty and made a great contribution to the Buddhist community. This is a real historical character, because of his expertise in Buddhism as well as his reputation that Master Xuanzang is called the “Tang Sanzang” (Tang Dynasty Tripiṭaka Master).

The master monk Xuanzang was born in 600, leave one’s home (become a Buddhist monk) and dedicated for upasampāda at the age of 21.

During his study of the Dharma, he found that each different Buddhist school in China explained Buddhism in each different way. There are many conflicting issues, the Buddhist sutras (scriptures) are translated from different sources and are not clear. So, he decided to make a journey to Buddha land in search of the original sutras in Sanskrit. Later, the famous journey is called “Journey to the West”.

Master monk Xuan Zang is one of the four largest translators in China. He often translated books himself from Sanskrit. After 17 years’ journey to the West to receive Buddhist sutras, he spent the next 19 years translating the number of sutras he received. In which there are a total of 74 books.

In addition, he also left a travel book called The Great Tang Records on the Western Regions. It leaves an unrivaled resource on the geography, society, and customs of Central Asia and India in the 7th century.

With his great journey and merits, he became the inspiration for the notable novel “Journey to the West” of Wu Cheng’en. In particular, the Dragon Ball comic is also inspired by the story of the master monk Tang Sanzang receiving sutras.

How to go to Xuan Zang Temple 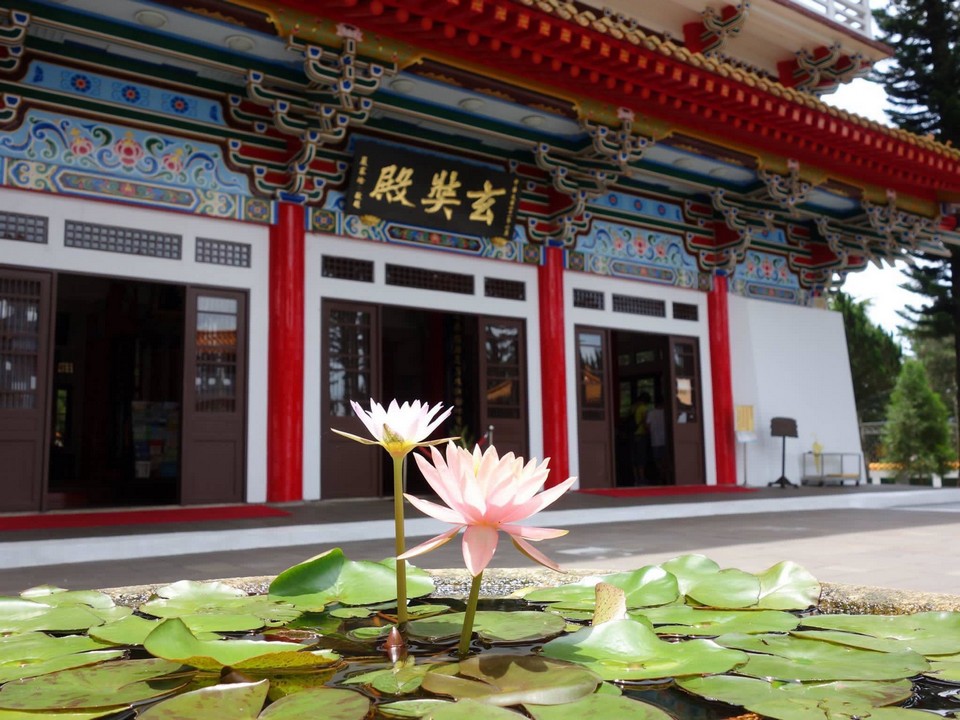 After researching again, I found that, in addition to walking along the trail from Sun Moo Lake to the temple like my own way, there was another way. You can take a bus / bike to reach the temple.

In case of cycling, you can rent a bike at Sun Moon Lake. In the case of a bus ride, the bus will depart at the Visitor Information Center and park at Xuan Zang Temple. 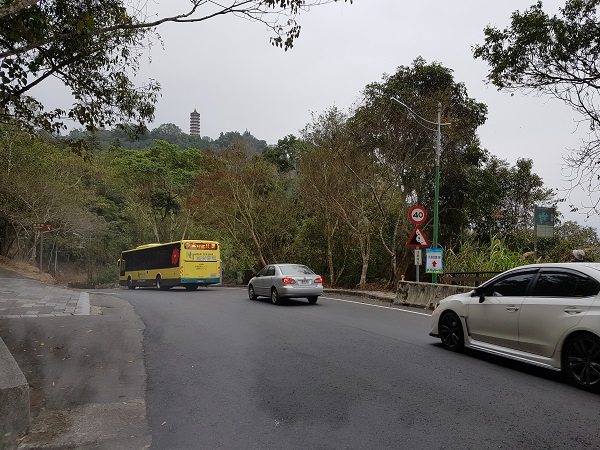 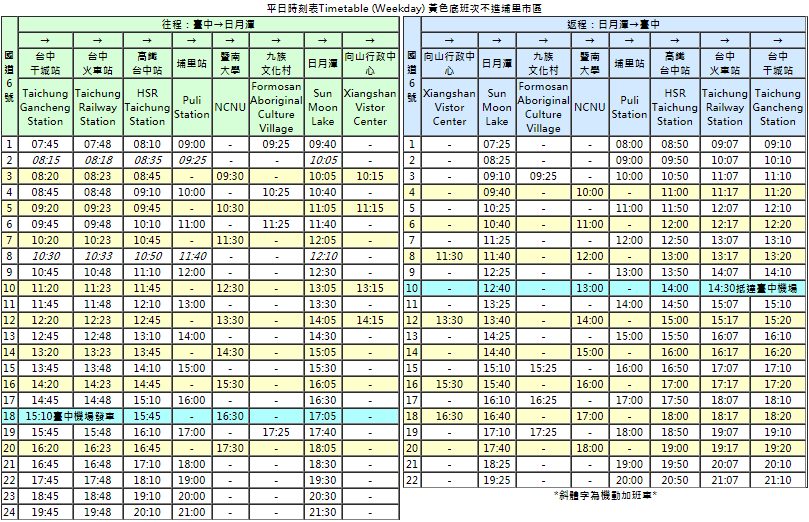 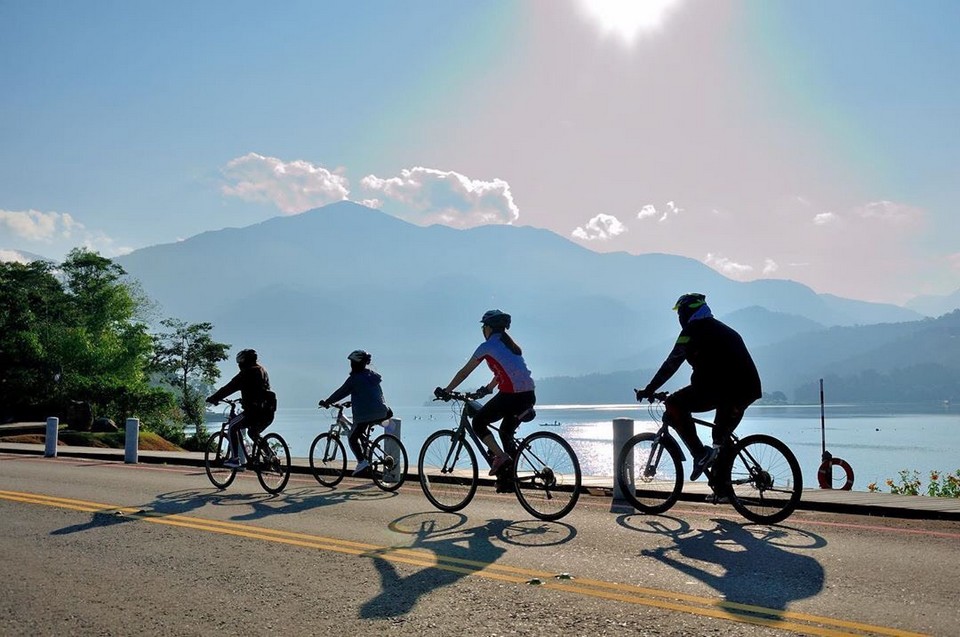