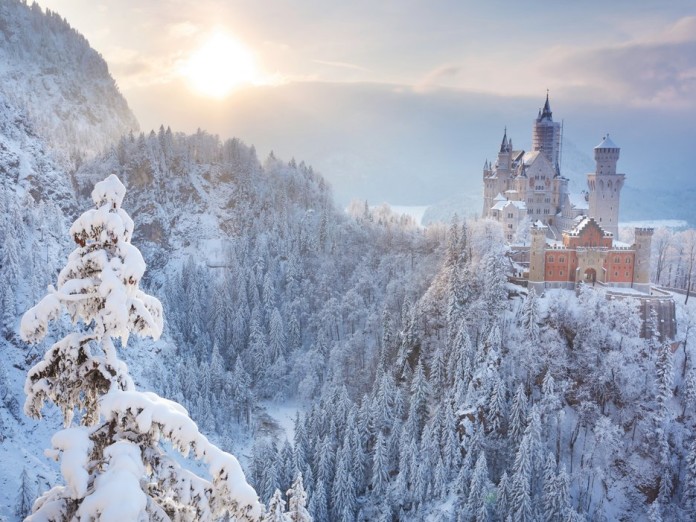 With stunning scenery and majestic fortresses, these are the cold-weather climes we actually wouldn’t mind visiting

Initially built at the behest of reclusive King Ludwig II as a private retreat, Neuschwanstein today is one of the most popular of palaces and castles in all of Europe. It’s easy to see why: majestically built, the castle sits atop a cliff ridge and has ornate, historic rooms. Look familiar? Sleeping Beauty Castle at Disneyland Park is based on this very fortress.

Originally built in the 1660s as a series of interconnected rooms, corridors, and porches, this wooden palace was later demolished due to dilapidation. In 2010, it was rebuilt by the Russian government a half mile south of its original location, and today is a popular destination for travelers hoping to learn more about the tzar’s life.

A “hirajiro,” Matsumoto Castle is one of Japan‘s rare castles built on a flat area rather than a mountain or hill. Come spring, the castle’s blossoming cherry trees surround its moat and make it a popular place for strolling.

Situated atop a 768-ft. bluff in the foothills of the Swabian Alps, this picturesque castle is more than just nice to look at: With its many towers and fortifications, it’s considered a relic of 19th-century military architecture, too.

Also known as Prague Castle, this castle complex—one of the largest in the world—dates back to the 9th century and houses lots of precious cargo. Chief among them? The Bohemian Crown Jewels and the President of the Czech Republic, for starters.

Dating back to the 1260s, this estate was once the home of the Clan Murray, and is fittingly nestled in the Scottish Highlands.

The Norwegian Royal Family’s residence in Bergen since 1927, Gamlehaugen is a mix of fortress and castle, and is surrounded by a beautifully landscaped park.

Situated at the highest point in Cappadocia, Uchisar provides—unsurprisingly—a spectacular panorama of the surrounding area. But unlike many castles atop bluffs or jagged outposts, Uchisar’s rooms, stairs, tunnels, and passageways are actually carved from the rock.

Originally constructed in 1537, Inuyama is one of the twelve original castles built before the Edo period still in existence, and is often claimed to be the oldest castle in Japan. Resting atop a small hill next to Kiso River, Inuyama today hosts cultural and historical artifacts of the city.

Rasnov is located 650 feet above its namesake town, where it served as a fortress as far back as 1331. Rasnov wasn’t just built for military purposes, however: originally comprising houses, a school, and a chapel, the fortress was intended as a place of refuge for lengthy periods of time. 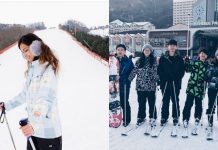 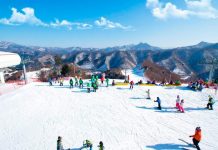 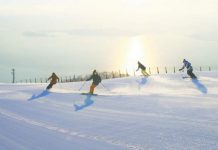