Buildings may be some of the most impressive works of art we have. After sinking untold sums of money into their construction, we can walk through the finished products and even live inside them. We have selected 30 brilliant architectural masterpieces that push the boundaries of structural expression. We think you’ll love them.

The oldest building we know of is Göbekli Tepe in present-day Turkey. Built somewhere around 9500 B.C., archaeologists aren’t certain of its function, but it was probably religious.

Since then, humans have built some pretty rad structures. In the past year, we’ve seen futuristic openings like the Fulton Center in New York …

… and the Penleigh and Essendon Grammar School in Melbourne, Australia.

The Las Lajas Sanctuary in Narino, Colombia, is equally mystifying. It looks like it defies gravity.

The modernist architect Antoni Gaudí didn’t live to see his Sagrada Família completed — in fact, it’s still being built. The exterior looks like something out of Narnia …

… and the interior is even more surreal.

… as was the moody Woolworth Building, which was the tallest building in the world from 1913 to 1930.

In Onomichi, Japan, couples frequently turn to the Ribbon Chapel for their wedding ceremonies — and understandably so.

Also surrounded by green is the Light of Life Church in Seoul, South Korea.

On the inside, the church looks completely different.

Chicago’s Marina City apartments are, to say the least, uniquely designed. Built in 1964, they were one of the first mixed-use buildings and the first to be built with a crane in the US.

But not all buildings need to scrape the sky. The Temppeliaukio Church in Helsinki is built into a rock underground and still gets lots of sunlight.

The Church of St. George in Lalibela, Ethiopia, was carved out of a single stone in the 12th century.

Some of the most beautiful buildings integrate into their landscape. The Turninn building in Reykjavík reflects the wild beauty of Iceland.

The modernist master Mies van der Rohe used minimal lines and open space to create buildings that seemingly float in the air around them, like the Neue Nationalgalerie in Berlin, built in the 1960s.

Berlin is also home to the Mecca of electronic music: the brutalist masterstroke Berghain.

Integrating into the environment is one of the oldest ideals of architecture. The old Japanese capital Kyoto features the breathtaking Golden Pavilion …

The Great Mosque of Djenné in Mali is the largest mud-built structure in the world — it can hold 3,000 worshippers.

The whimsical Pompidou Center in Paris is a postmodern masterwork: It gleefully displays the guts of the building.

Built around 1200, the Chartes Cathedral in northern France is a primary example of Gothic architecture. Notice the ornate “portals” that you enter into the building through …

… and the stunning organ inside.

Perhaps the only house of worship that can match its grandeur is the Blue Mosque in Istanbul, built in the early 1600s at the height of the Ottoman Empire.

The Golden Temple in Amritsar, India, is a stunning structure that seems to have been dropped right in the middle of the Amritsar River.

The Golden Temple in Amritsar, India, is the center of the Sikh Faith, and it’s lustrous at night.

Trinity College in Dublin is a gem of a university.

It has the prototypical library, the most stunning section of which is called, fittingly enough, the Long Room.

The Imperial Palace — aka the Forbidden City — is the ultimate form of high Chinese architecture.

… as do the details.

Today, some of the most experimental modern architecture in the world is being built in Beijing, like the CCTV Tower, locally known as “The Trousers.”

With Hong Kong Polytechnic University, the late Zaha Hadid did what she could only ever do — turn the hard, clean lines of modernism into something organic.

Perched high in the Peruvian Andes, Machu Picchu is the best example we have of Incan architecture.

Archaeologists say it was built around 1450.

Here’s a closer look at the residential section.

Opened in 2007, the Parque Biblioteca España in Medellín, Colombia, was designed by the Colombian architect Giancarlo Mazzanti. The three buildings are meant to look like stones …

From inside the library, in the Santo Domingo Savio neighborhood, the view is of Medellín itself, in a valley surrounded by the Andes.

Sydney’s Opera House is the rightful ambassador of Australian architecture.

Designed by Danish architect Jørn Utzon and opened in 1973, it has become a literal canvas of public expression …

… and the interior is stunning, too. 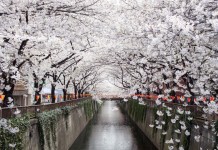