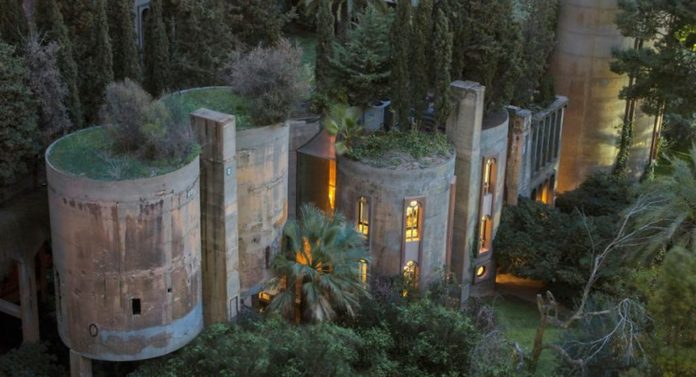 In 1973, the architect Ricardo Bofill accidentally saw a crumbling cement plant, which he bought and brought to the factory a spectacular “transformation “, turning it into a mansion La fábrica (La Fabrica House, La Fabrica Ricardo Bofill Residence) with a unique “beautiful” architecture.

Located in the suburban area of Barcelona, the plant was severely polluted during the First World War and was closed in that time. It was bought by Ricardo Bofill and his associates, and it was repaired over time, eventually becoming a masterpiece.

La fábrica has still developed until now, with significant changes in Bofill’s future vision.The industrial funnels have been covered by smoke and dust and become lush green now.This is a good example of good change through creative thinking.

In 1973, a Spanish architect Ricardo Bofill bought an old cement plant near Barcelona.

Immediately, he realized that this was a potential project, and he began renovating the plant from World War I into his own mansion.

After several years, by partial reconstruction, he and his associates finally completed this dream work. The space inside the house is designed in a modern and convenient way.

The outside of the building is covered by lush greenery but it does not lack the sunshine.

The old crumbling cement plant has changed into a unique and magnificent mansion.

“The cement plant has become an ideal workplace now,” Bofill wrote on his official website.

Each room in this house is designed and decorated for its own purpose, and it is “unique”.

“I like to live in a closed world because it can protect me from the outside world as well as my daily life“, Bofill said.

“Life here is uninterrupted, and there is almost no having separation between work and play.”

The place for relaxing rest is arranged throughout the house as well as outdoors.

The working space here is also much focused because Bofill and his colleagues use part of this house as a working office.

The outside of the building is covered with green grass, in addition to eucalyptus, palm and olive trees are planted between the blocks of architecture. 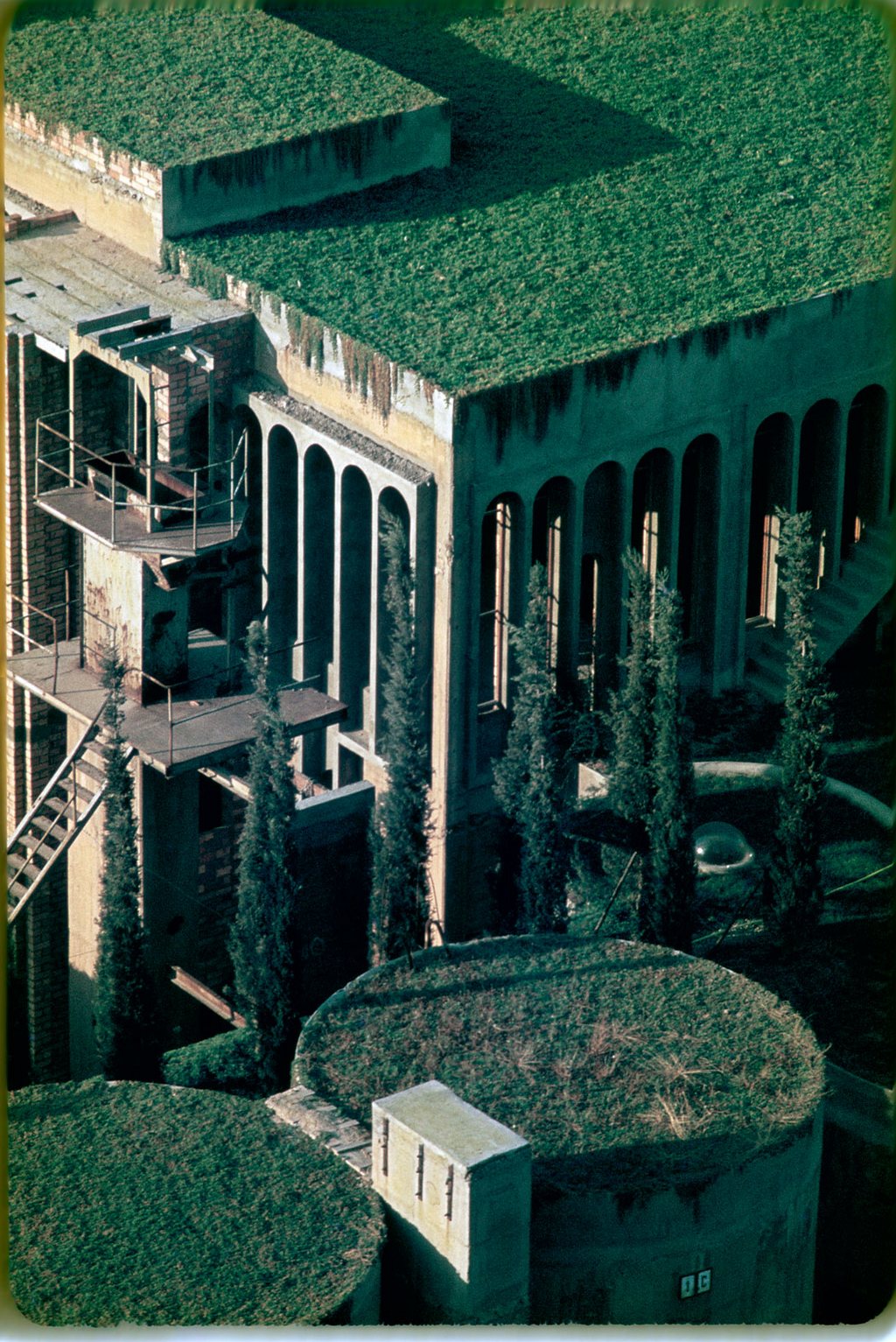 This makes “its ruins become romantic, full of mystery, unique.”

“The dining room is located on the ground floor and is home to the family.” 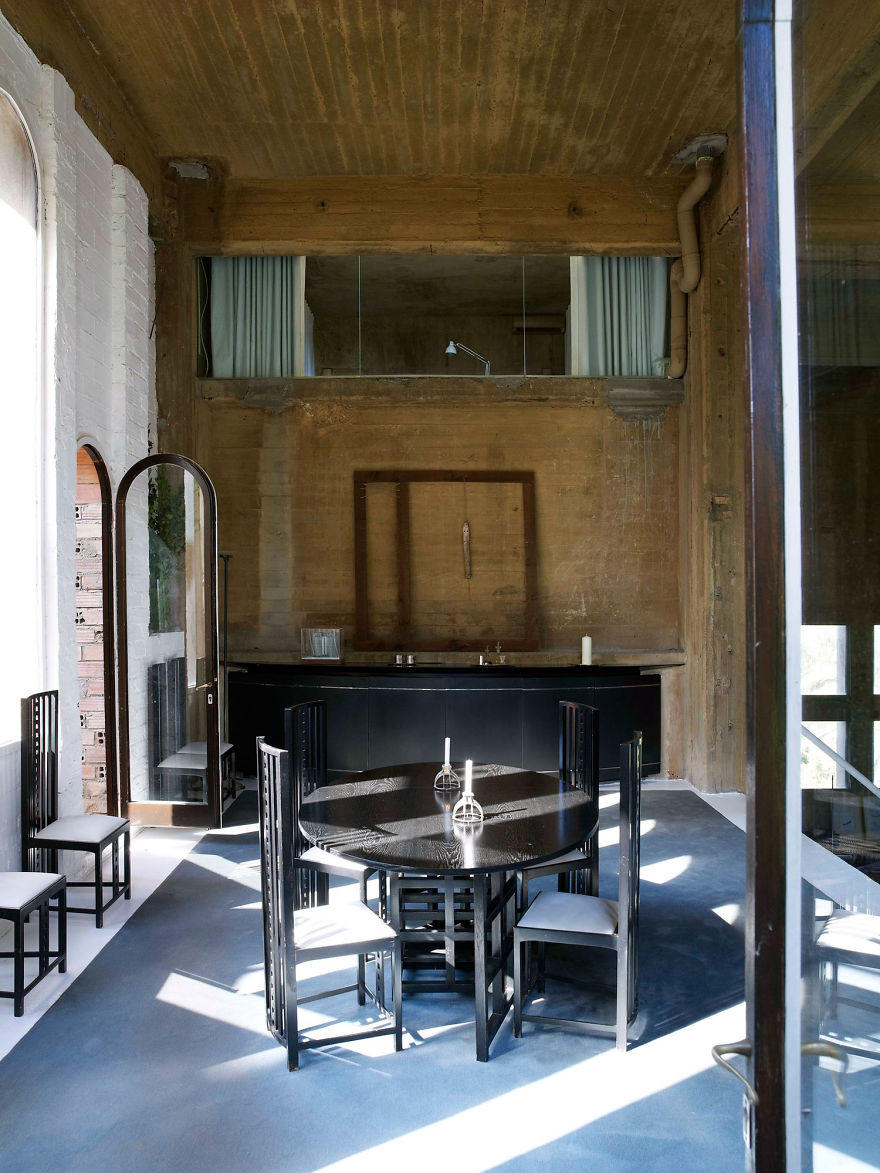 Although the flant has made a spectacular change, part of it is still retained original to make a difference.

Bufill’s architect associated La Fábrica’s continued evolution with his own way of life and his vision for the future. 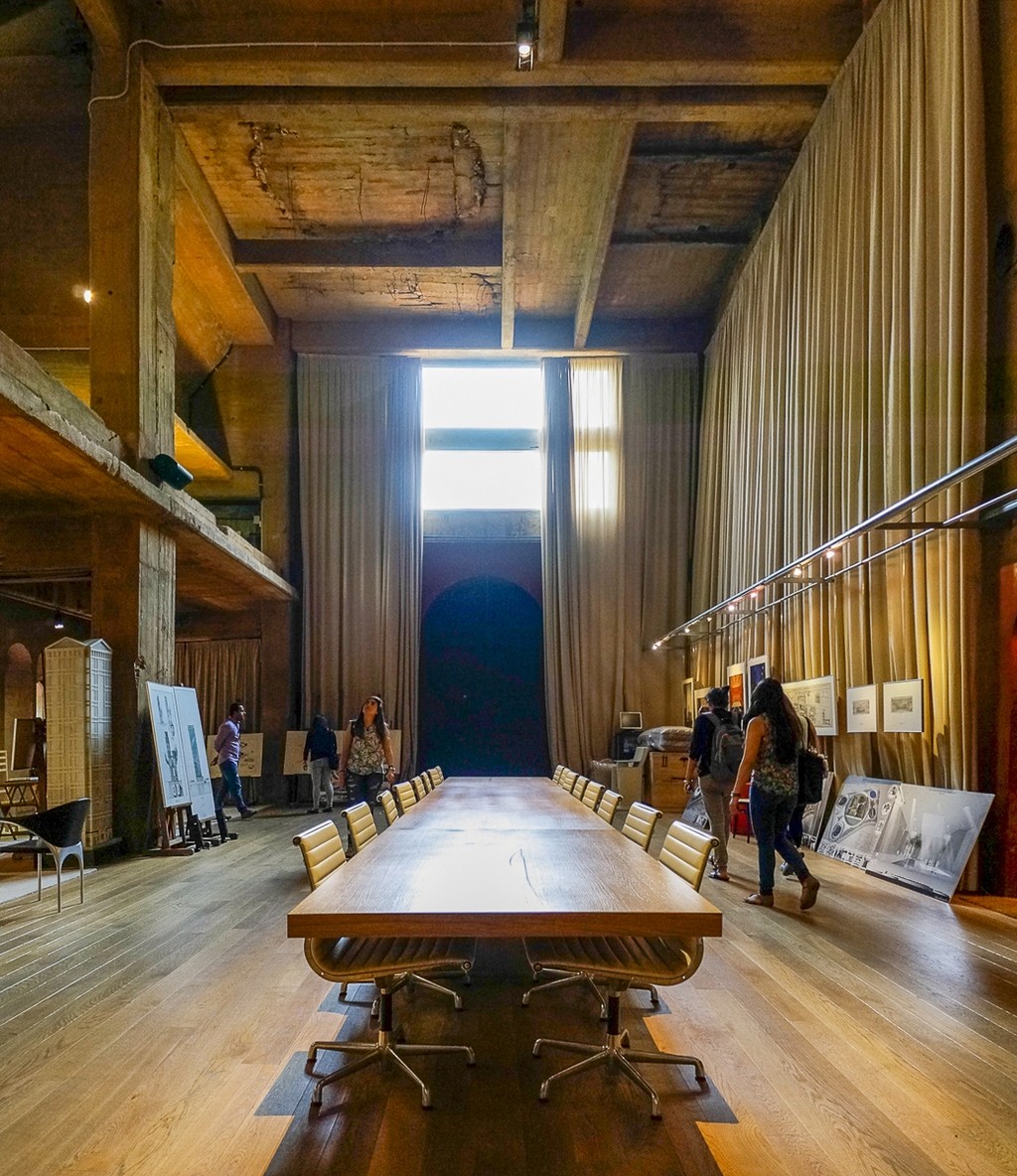 La fábrica is constantly being renovated and perfected, which is part of its attraction
With the creative thinking of the architects, any space can become new and attractive something.