If you’ve ever heard of Big Ben Clock Tower at Palace of Westminster, have been fascinated by the romantic works of the great writer William Shakespeare. Surely, you can’t help but make a trip to London, once stood by the banks of the River Thames overlooking the famous Big Ben clock tower. Or simply, come to England to experience a long-standing culture, with a lot of differences compared to the rest of Europe.

The capital of England is a so famous city already. Located in the southeast and quite close to France, London is quite large and known for its cultural and historical values. You should spend at least 3-4 days to explore this wonderful city, of course the longer the better.

London travel blog: How to get to London?

Fly from Vietnam to London

Currently, there are many airlines operating direct flights from Hanoi / Ho Chi Minh City to London. These include Qatar Airways, Emirates, or Vietnam Airlines, most of which do not fly directly, but you have to transit at least once. Ticket prices fluctuate around $ 1.000/round trip.

If you go to London from other cities in Europe, the popular way is fly because London does not have borders adjacent to the rest of the old continent of Europe. However, if you go from Paris to London, you can take a train because there is a tunnel through the Manche strait (English Channel, Channel Tunnel) that connects England and France. The cheapest train fares to London or other cities in the UK from € 45, can be booked through www.eurostar.com or www.loco2.com.

How to travel from Heathrow Airport to central London?

This is the easiest and cheapest way to get from Heathrow airport to London city center. The train operates 24/24 on Friday, Saturday from Terminals 1, 2, 3 & Terminal 5. On weekdays the train operating hours from 5:10am and the last train at 11:45pm.

Ticket price of £ 5.10/trip during peak hours and £ 3.10/trip for the remaining hours. You should buy an London Oyster Visitor Card with the price of $25 at the airport, the traveling time to get to London center about 50 minutes and from here you can change trains to get to where you want.

If you arrive late at night on weekdays, then London Tube does not work, you may consider another option is to go to the city by night bus. Bus N9 departs from Terminal 5 and Central Bus Station (Terminals 2 & 3).

The bus departs from around midnight at 11:30pm, the fare is only £ 1.50 / way but cannot be paid with cash, you must use a contactless card or an Oyster card.

There are two main types of trains going to central London: Heathrow Express and TfL Rail. The Heathrow Express run faster and takes only 15 minutes to get to London Paddington station, the TfL train takes 25 minutes because it will stops at some stations along the way.

Tickets cost only £ 5.50/trip if you book in advance, and if you buy on the day of travel, the price is up to £ 22/trip. You can use Trainline.com to reserve tickets in advance.

In addtion to above ways, you can use a private transfer service to get to the city center through Klook here.

London travel guide blog: Getting around the city

Like most other big cities in Europe, London has a developed and diverse public transport system. London’s Metro network – London Underground, also known as “the Tube”, is spread across the city so you can traveling around the city as quickly and conveniently as possible.

The whole city is connected by 11 Tube lines, and divided into 9 zones. The central area is zone 1 and zones 6-9 are located at the edge of the city. The useful tip when traveling in London is that you should buy an Oyster Card which like a credit card and use the money in that account to buy tickets, quite similar to the MRT card in Singapore or Seoul. Oyster Card can be used when taking bus, tram and railways in the city.

The fare for each route depends on the zone and the distance you want to go. The longer the journey, the more expensive. Buying Oyster card is always cheaper than buying single ticket, unless you only go one or two trips during the time you stay in London.

Note that not every Metro station has an elevator, so if you bring a lot of luggage, you need to consider, pretty heavy when have to carry it. In addition, if you planning to travel a lot, you can refer to the London Pass, you can get on any hop-on hop-off bus to reach the location you want when using this pass.

My trip to London blog: Where to stay?

In fact, London that people often known only occupies a very small part of The Greater London, an extremely large territory of England. Greater London is divided into 33 region, large and small areas, and the city of London only is one of them. The districts in London are also not named by the number as in Paris but they have separate names.

To experience the hotels / hostels in London we probably have to visit this city many times, and each time stay in a different neighborhood. Each neighborhood has a unique feature that you can refer to as below:

In fact, hostels in London are not cheap, with average room rates ranging £ 25 – £ 40/night/dorm bed. You can find some hostels for less than £ 15/night but the quality will be quite low. Hostel prices often go up on weekends, so you should avoid these dates and book early for more options.

With good finance, you can choose to stay in luxury hotels come with have many beautiful views. I can suggest some here: 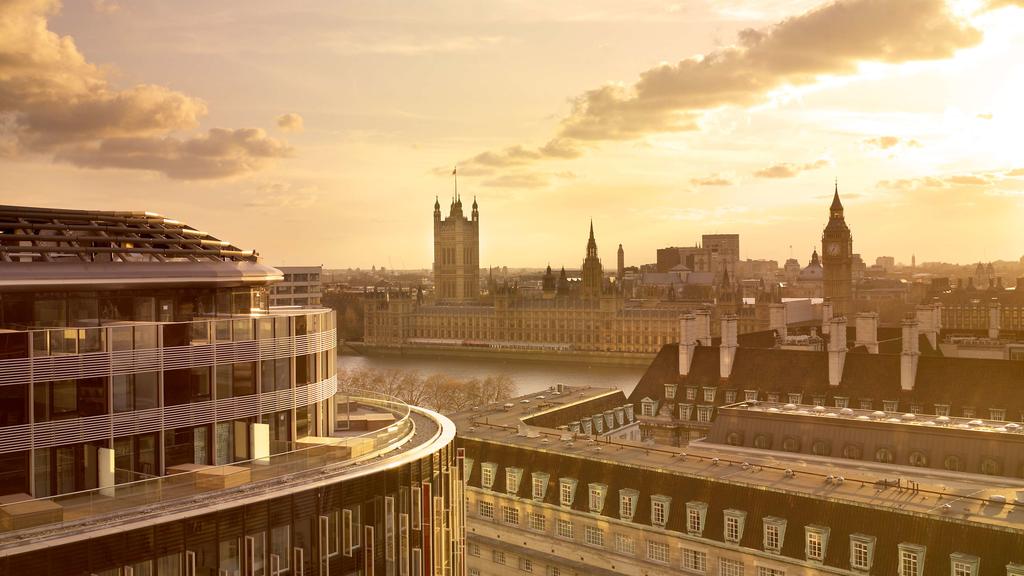 InterContinental London – The O2, a top rated 5-star hotel with room rates from $326/night (Check rates on Agoda.com or Booking.com). 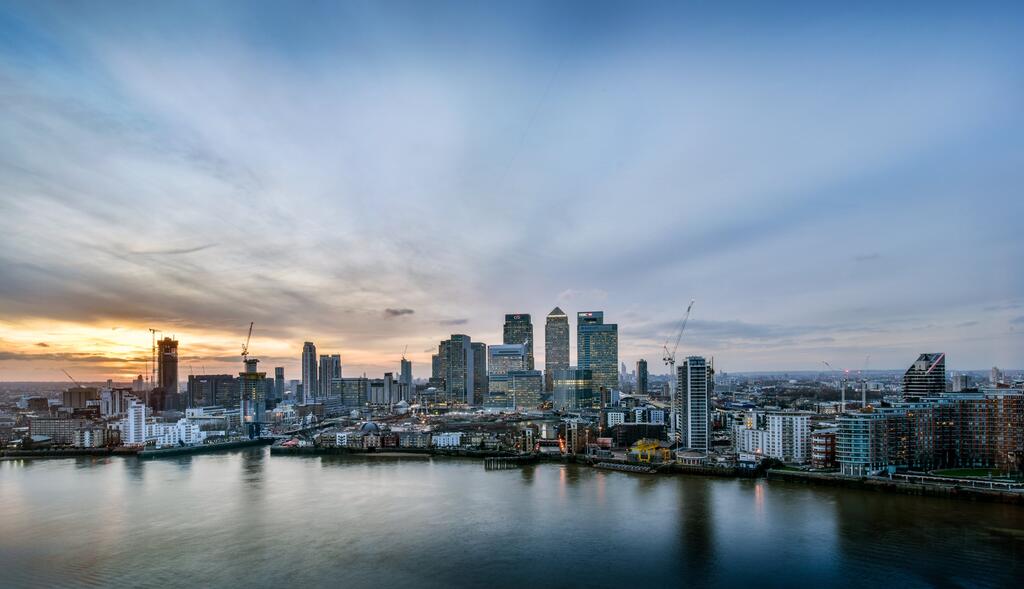 The Chesterfield Mayfair, a top rated 4-star hotel with room rates from $182/night (Check rates on Agoda.com or Booking.com). 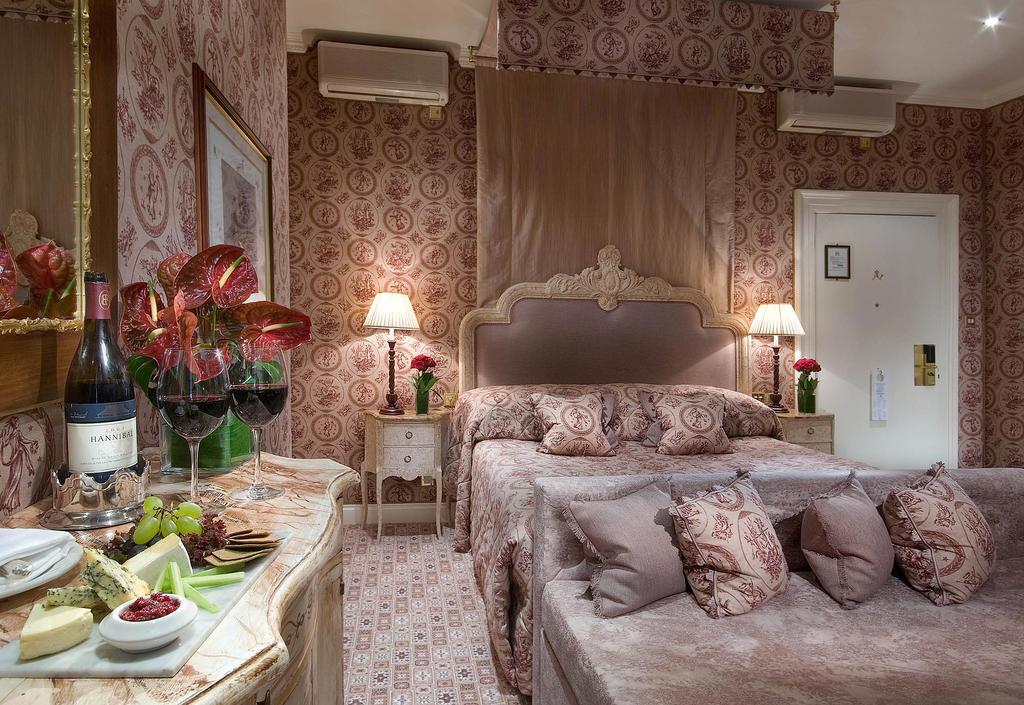 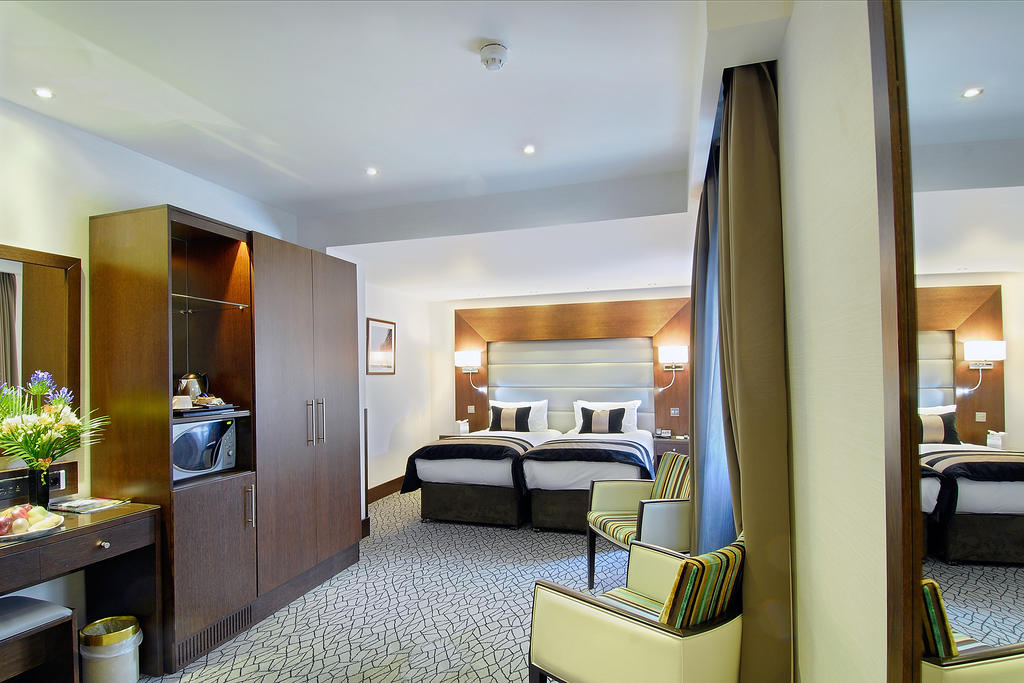 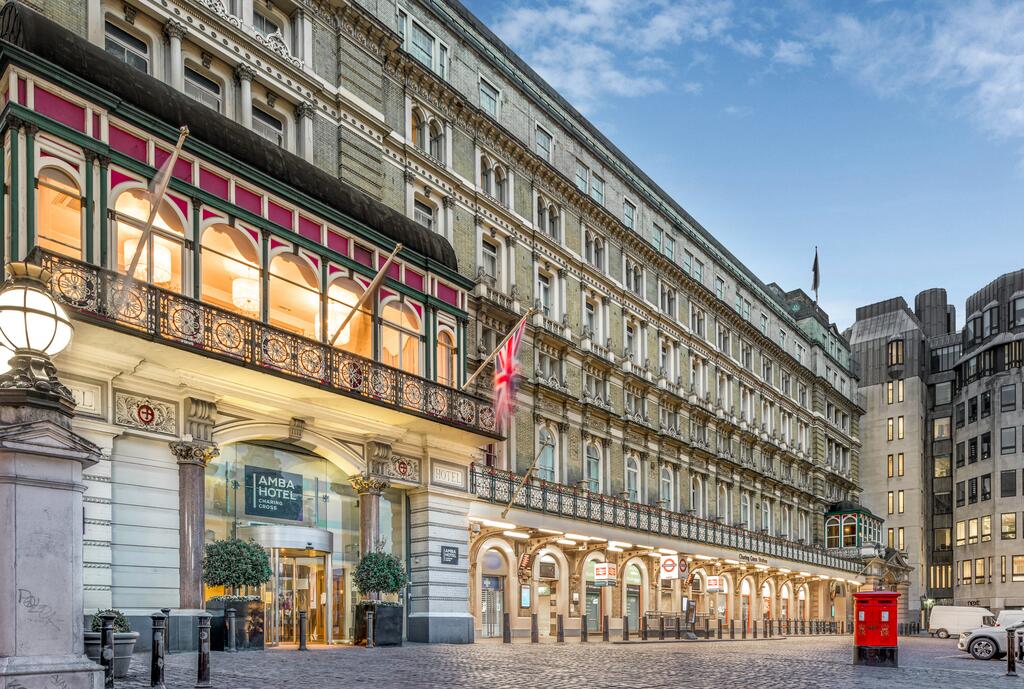 The Tower Hotel, a top rated 4-star hotel with room rates from $270/night (Check rates on Agoda.com or Booking.com). 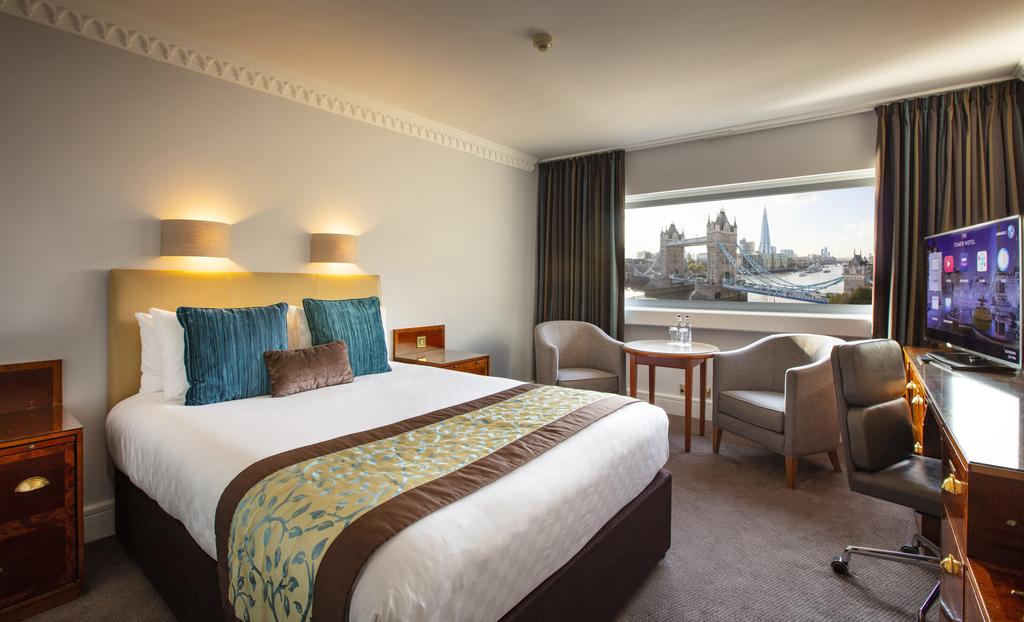 London travel blog: What and where to eat in London?

If you come to London and want to taste Vietnamese food, don’t forget to visit Kingsland Road. With so many restaurants as well as Vietnamese branded cafes here like Pho House, Hanoi Cafe, Green Papaya Vietnamese Restaurant, .. make sure you will immediately forget homesickness. 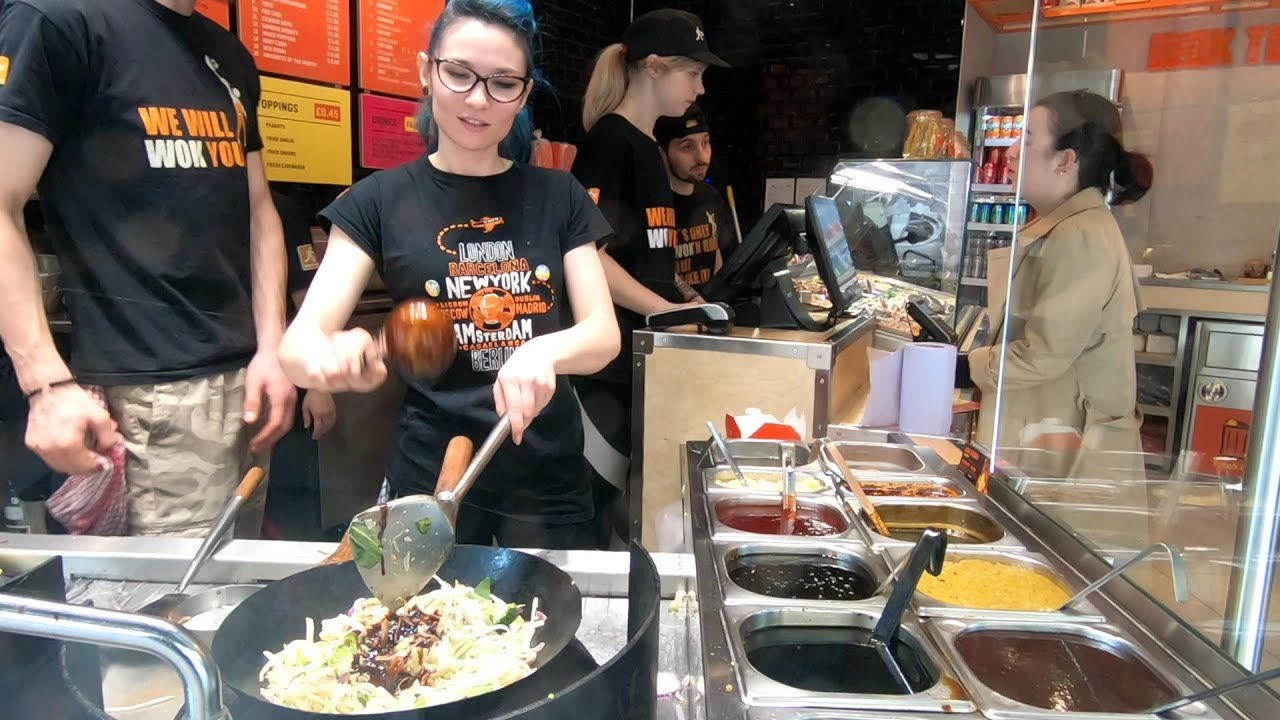 London of course is also famous for international cuisine because this is an open city with many people living and working here from many countries. Asian food such as Indian, Chinese, Thai all available here. If you want to eat Chinese food, let’s go to Chinatown, Indian food is very much in Southall and Brick Lane, ..