Travellers are always banging on about Thailand, Vietnam and Cambodia – but little ol’ Laos often goes overlooked. We here at Intrepid think that’s a crying shame because as great as the rest of Indochina is, there’s something special about Laos.

Maybe we just like rooting for the underdog. But when you dig a little deeper, there’s no denying that Laos packs more than enough punch to make it a real contender for your favourite destination in Southeast Asia. 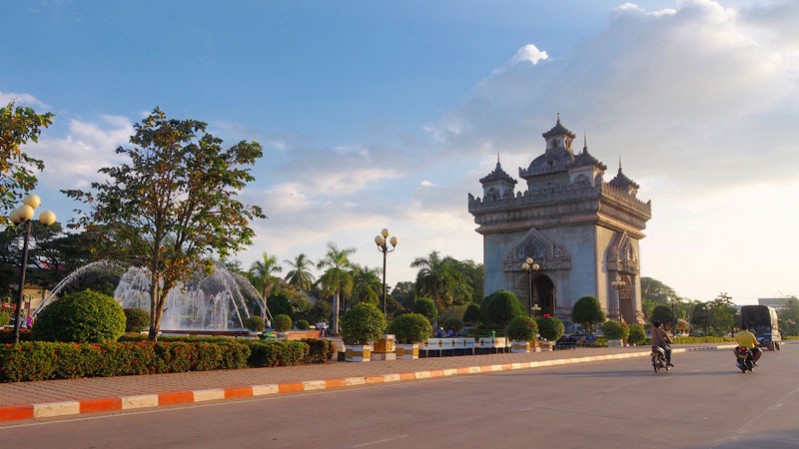 We’re calling it – Laos is the most relaxed country in Asia. No one is in a hurry. You might find a shopkeeper asleep, operating on a trust system until he has finished his nap. The country is also really fertile, but the locals are content with just harvesting one rice crop a year.

2. The food is awesome

3. The sunsets are mind-altering

Whether it’s over the Mekong, from a vantage point over Luang Prabang or across the rice fields or a rooftop bar in Vientiane – the lack of light and industrial pollution in Laos makes for clear, crisp and spectacular sunsets.

The high annual rainfall and extensive rivers combine with mountainous terrain to create some of the world’s most impressive waterfalls. For locals, waterfalls are the ideal spot for family picnics and spending time outdoors.

For travellers, the Kuang Si Falls outside of Luang Prabang are the most accessible in all senses of the word. Not only are they easy to get to, but you can paddle and play in the huge complex of natural falls and pools. Get there!

Everywhere in Laos is green and lush. Forests, rice fields, mountainsides, jungle, the huge variety of vegetables in the markets, the moss growing on ancient ruins… You can’t move without being visually assaulted by some shade of jade.

And not just the “hill tribe” embroidery you see all over South East Asia (much of which now factory made for tourists). Laos has plenty of authentic textiles for sale from local artisans, in both traditional and more contemporary styles. The Hmong Story Cloths which tell creation stories, myths and folk tales, in particular, are pretty special.

You might never guess that Laos has a communist government given the prevalence of Buddhism in the country, but it does. In fact, it’s one of only five remaining communist countries in the world (the others being China, Vietnam, North Korea and Cuba).

Laos has made a huge commitment to responsible tourism and is eager to be South East Asia’s premier eco-tourism destination. With many community based tourism initiatives, social enterprises to visit for meals and shopping as well as Intrepid Foundation projects to support, visitors to Laos can travel responsibly without much effort. It’s a win for you, a win for Laos, and a win for the planet.