One of the most culturally rich destinations in the Caribbean, Cuba’s love of music and art is renowned—and thriving.

Cuba is a melting pot of indigenous, African, European, and Asian influences. It’s a country that experienced periods of war, upheaval, and economic prosperity before its fate was changed dramatically by a revolution that isolated it from much of the world for the last half century. Cuba is truly a unique place. Its culture reflects that. With the opening of relations with the US, and increased interest in the Caribbean nation, today’s Cuban culture is a colourful mix of old and new ready to be explored by visitors. 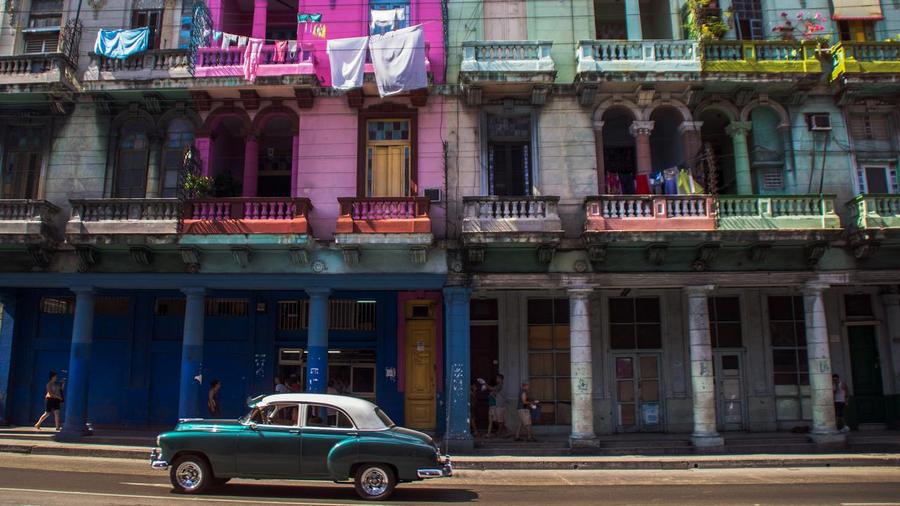 A diversity of rhythms

Born of Afro-Cuban rhythms, numerous musical forms have developed in Cuba and have gotten the whole continent dancing. Bolero, mambo, and rumba all call the island home. Son cubano music is a blend of Spanish guitar with African percussion, and is the origin of salsa. In Havana, son, along with other musical traditions, is alive and well. This style of music is most famously embodied in the Buena Vista Social Club, a members’ club that closed in the 1940s but enjoyed a revival with the 1990s band.

Contemporary music is a fusion of salsa with rock, jazz, and hip hop. Some of the most popular modern artists are Danay Suarez, X-Alfonso, and the super-group band Interactivo, which plays at the Bertolt Brecht theatre every Wednesday night. The theatre is really a cultural centre with poetry and art alongside the music, and it’s a hip nightspot made for experiencing the modern scene in Havana.

X-Alfonso also represents the melding of multiple creative genres. Along with his music, he’s collaborated on dance and cinema projects, and is the mastermind behind the Fábrica de Arte Cubano (FAC), one of the best places for live concerts, performances, and visual exhibits and a thriving hub of today’s Cuba.

For modern jazz, check out Jazz Café, oddly located in the Galerias del Paseo shopping mall. Don’t let the location put you off. Step inside and you’ll find an upscale supper club venue with performers from the legendary to young newcomers.

Like its musical heritage, the visual art history in Cuba is largely a blend of European and African elements, with some influence from North America and Asia. From indigenous handicrafts to the vanguardist and modernism movements that were embraced in the early 20th century, today, these styles are embodied in a modern way. Paintings, photography, and street murals are all flourishing expressions in the country. One of the best places to get an overall look at this history is the Museo Nacional de Bellas Artes de La Habana, which contains more than 1,200 works dating from the colonial period through the late 20th century.

When it comes to contemporary art, Cuban artists are creating some of the most exciting work in the world. Even in the thawing political climate, art is not necessarily a safe thing in Cuba. In addition to the FAC, Factoría Habana (with an innovative GastroLab and UrbanLab in addition to the exhibit space) and Galería Habana are the most stimulating collective spaces in Havana.

Small, entrepreneurial workshops can be found as well, and at these you’re likely to meet the artists and see them at work. Taller Experimental de Gráfica is a studio and art school, with a focus on printmaking, filled with immense talent. Events are frequent, and you have a good chance of buying a pieces directly from the artists themselves.

Outside Havana, other cities such as Cienfuegos and Trinidad have thriving artistic scenes. The streets around the main square of seaside Cienfuegos is home to many small working studio galleries, including the cooperative centre Sociedad Grafica de Cienfuegos and Galeria de Arte de Cienfuegos, offering a large collection of works created by local artists of varying backgrounds.

In the colourful UNESCO World Heritage–listed town of Trinidad, check out Galerie D’Art Calleyro and Casa de Aldeman Ortiz, an 1809 colonial mansion that now houses the Galeria de Arte. In both cities, as well as throughout Cuba, there are many street artists who can be found at open-air markets, sidewalk stalls, or showing small exhibits in museums and historical buildings open to the public. 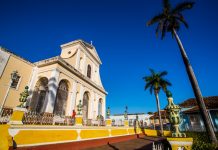 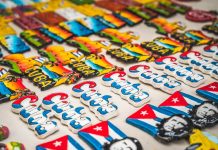 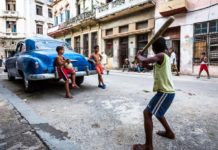 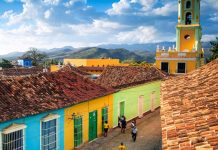 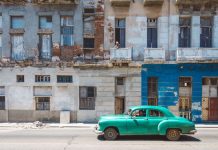 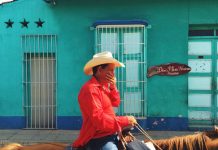 Street life photos in Cuba through an iPhone lens 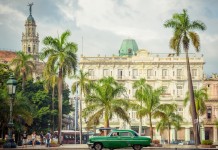 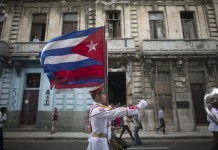