Cuba seems to be a strange place to travelers but actually Cuba possesses fascinating ancient architecture, tropical climate and friendly locals that promises to be a wonderful place to travel in 2017. 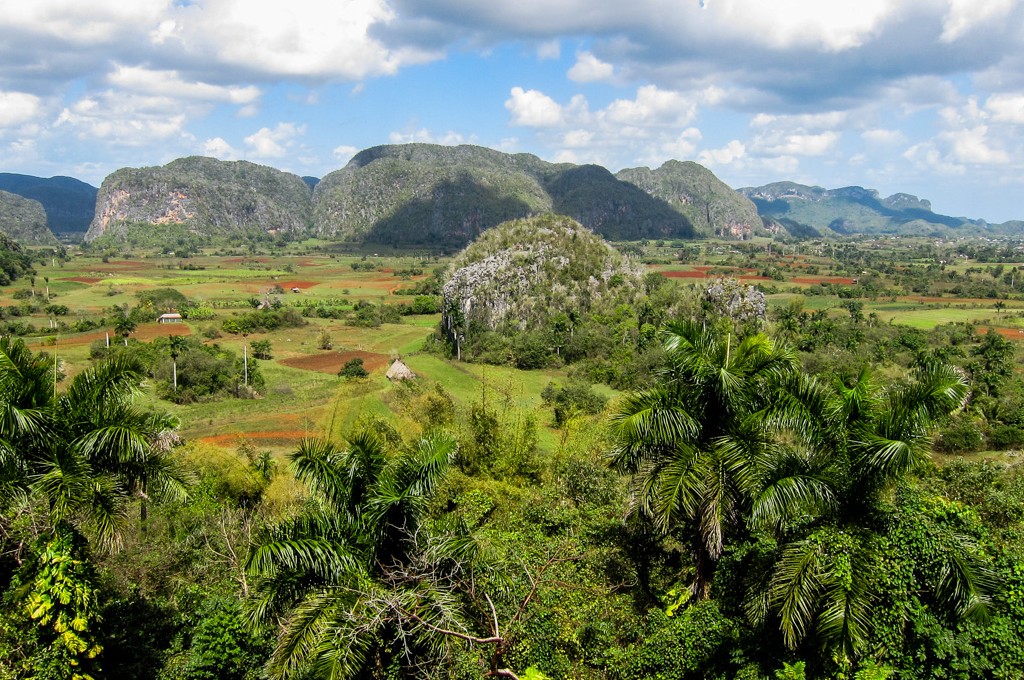 Cuba promises to be one of the hottest destinations in 2017 with warm tropical climate and plenty of beautiful landscapes. 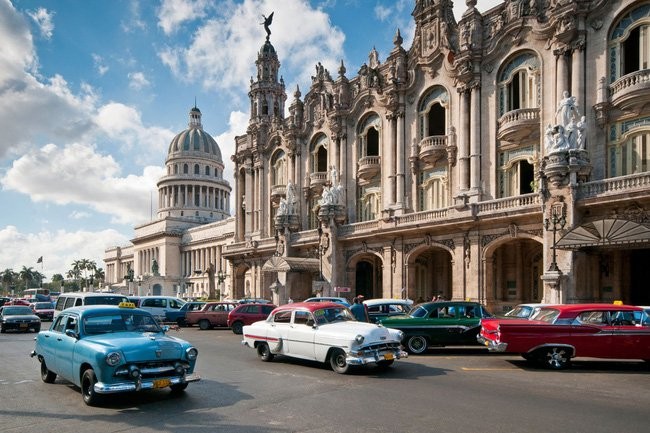 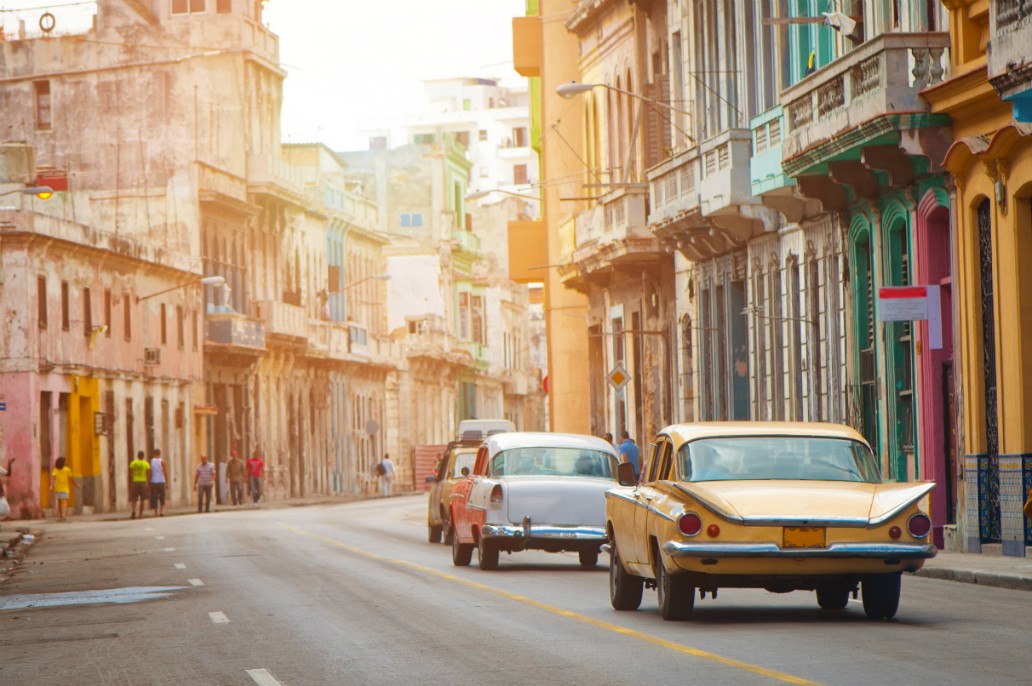 Coming here, you can easily see Buicks and Chevrolet taxies that over 50 years old park in front of modern shopping malls. 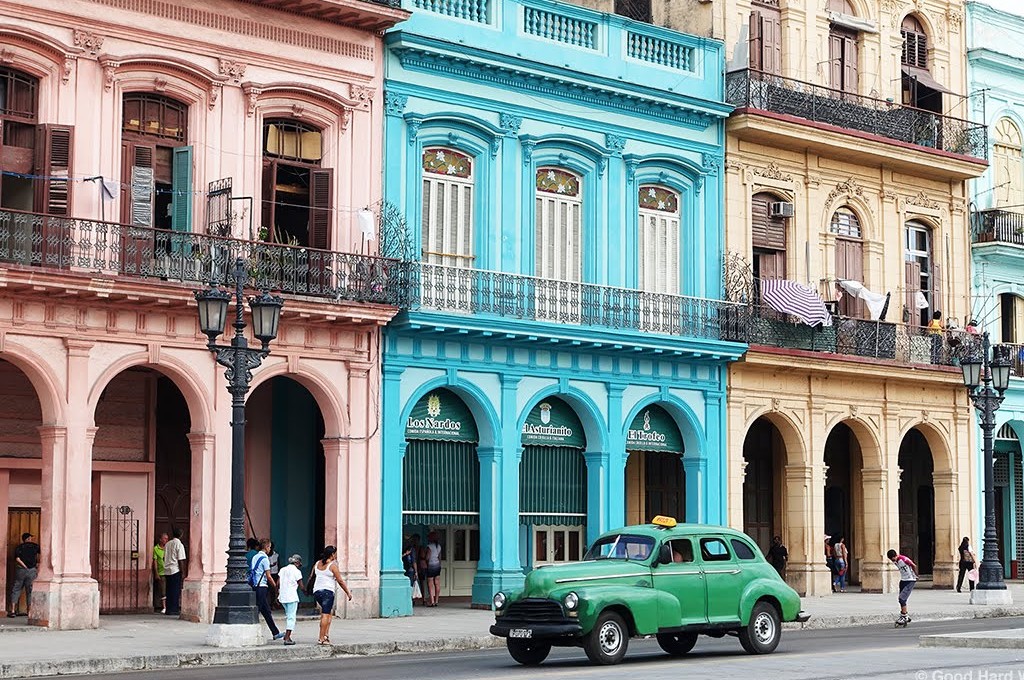 Especially when get into the center, every street seems to have a story to tell. Each corner in Havana represents a part in the development period of the city. For example, Habana Vieja harbor – tourist center of the capital still keep its special charm in the 17th century until now. 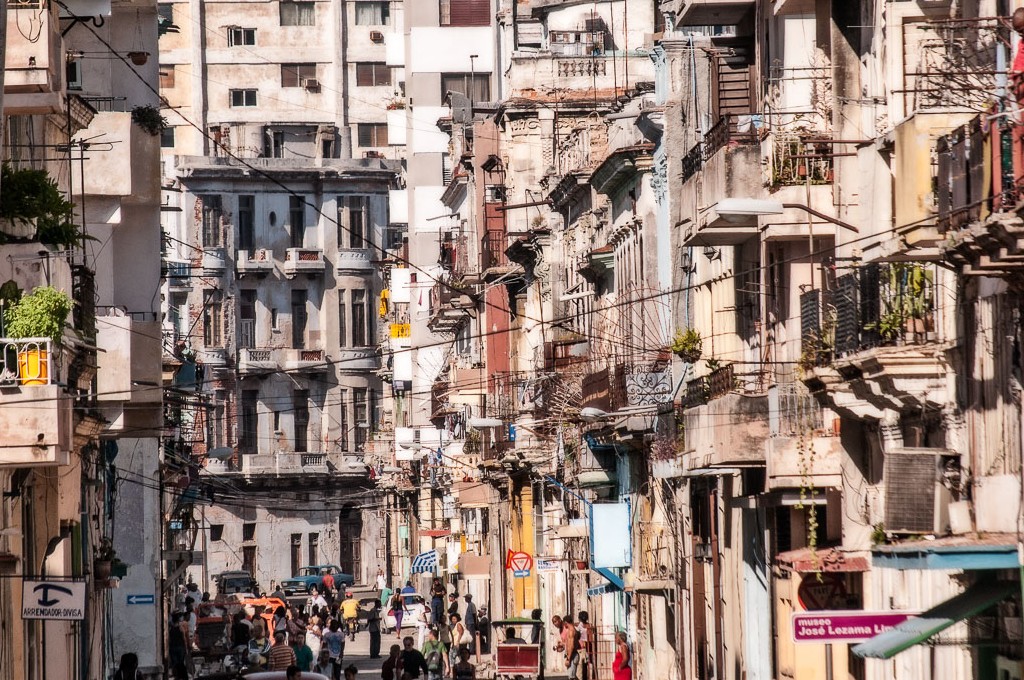 It is located in the center of Plaza district, Vedado is an attractive and green area with many theaters, nightclubs and cinemas.

From here, you can walk several kilometers to get to Plaza de la Revolución, where the giant statues of José Martí and Che Guevara were erected to commemorate two symbols of national liberation of the Cuban. 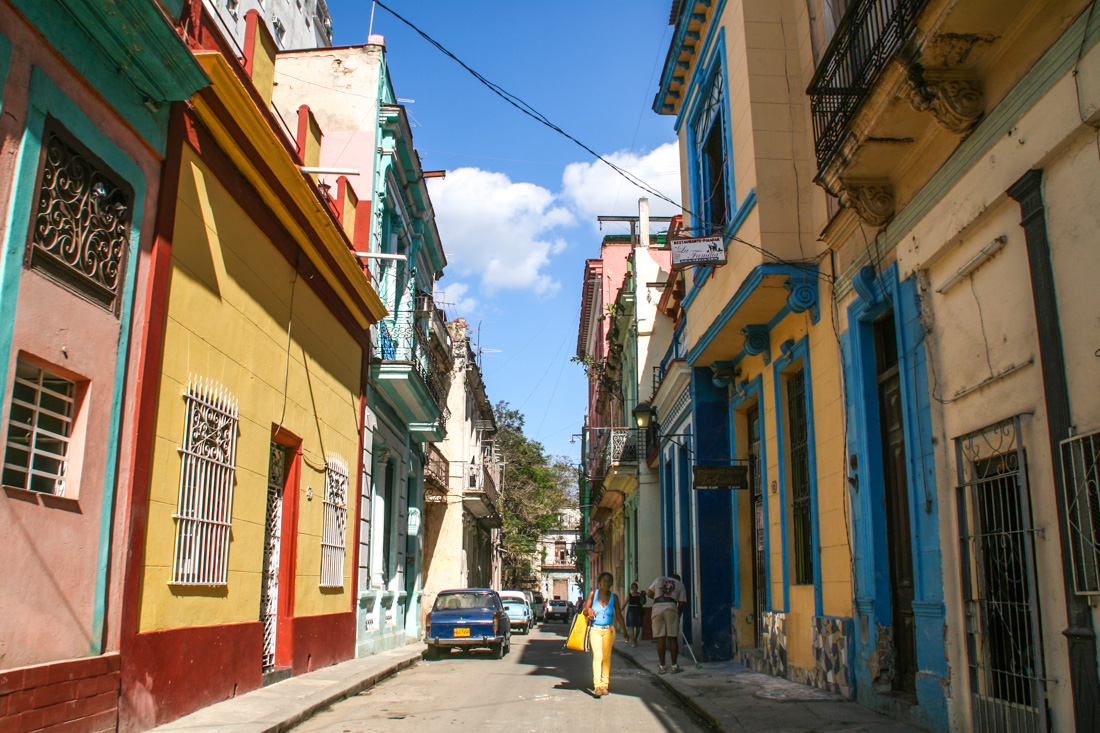 What is more, Hemingway writer used to lived in the old streets of Havana. So coming here, let spend at least several days to freely explore art-making workshops or sip a drink at the place where the American writer has ever visited. You may find some inspirations for yourself in this special place of Cuba.

Viñales is one of the best places with great natural landscapes in Cuba. Don’t miss a chance to experience a verdant valley where rural life is still happening slowly in sugar cane and banana plantations. 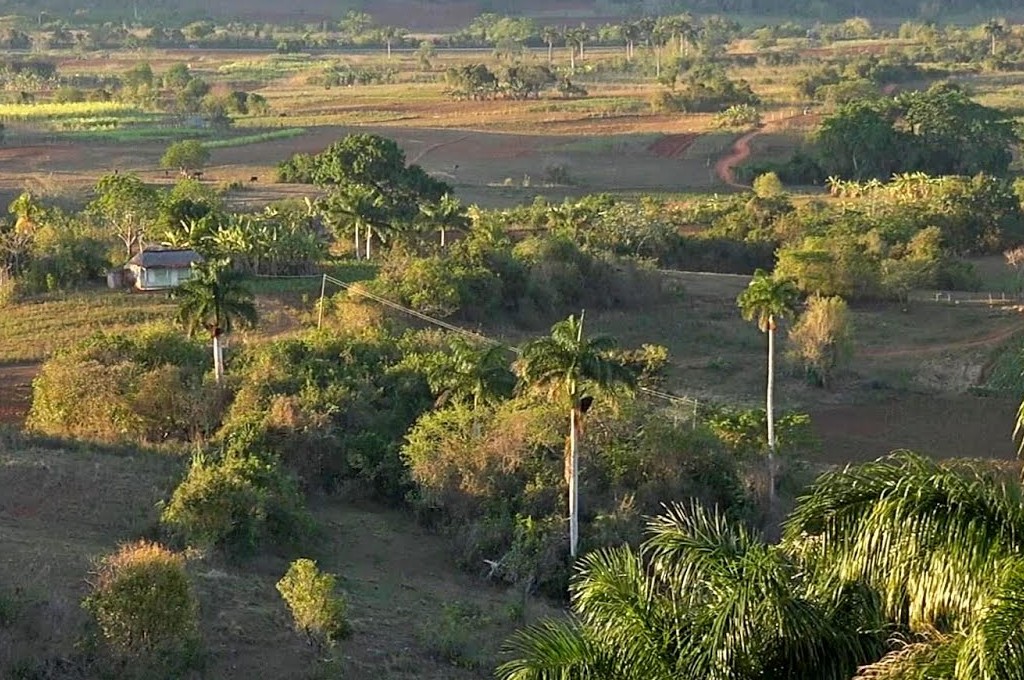 The whispering pines mixed with rounded limestone cliffs that are scattered throughout the valley make the scene look like haystacks built in tobacco plantations. 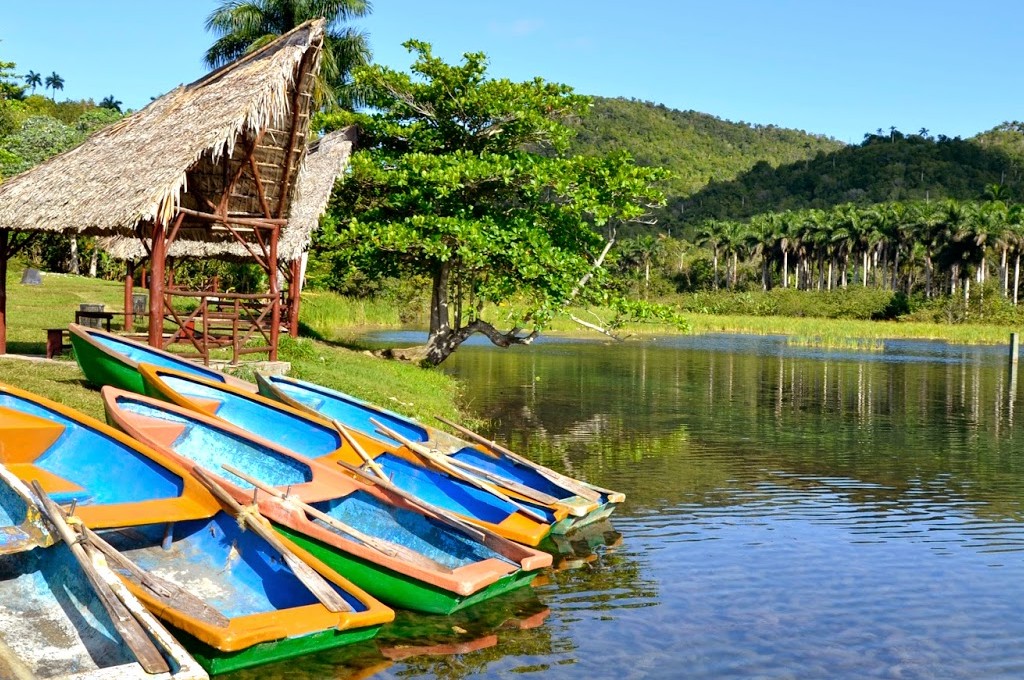 Located in the middle of Organos mountain range, the valley of Viñales is 5 km in width and 11 km in length, is recognized as a national monument in 1979 and a Unesco World Heritage in 1999 thanks to its spectacular natural scenery and indigenous architecture in the farms and traditional villages. 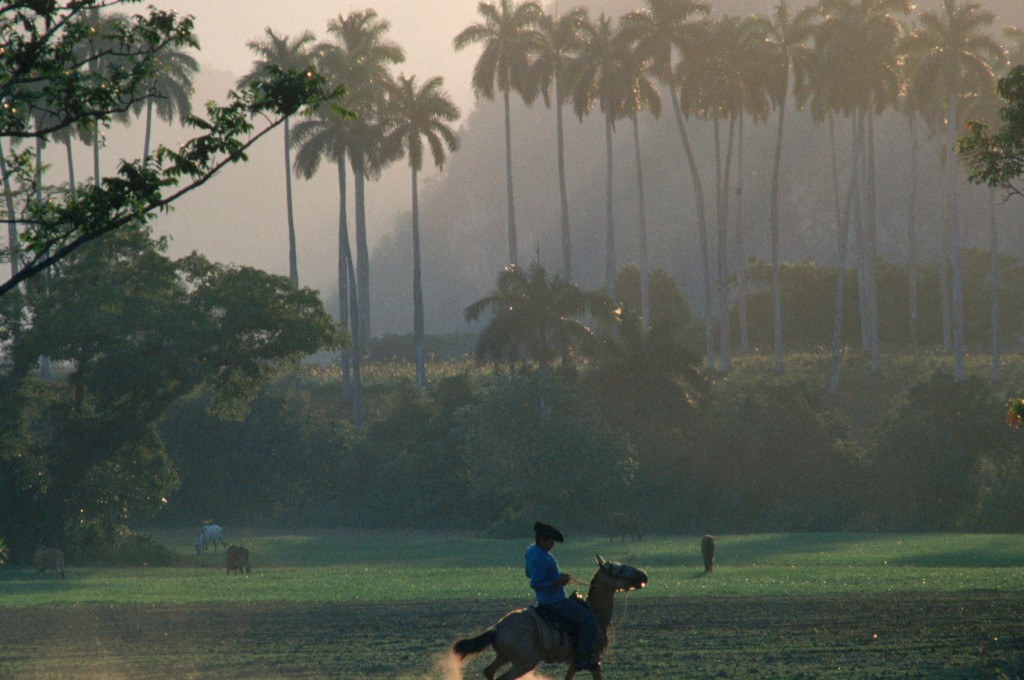 Visiting the valley of Viñales, you have the opportunity for walking, hiking and horse riding to discover pedestrian paths. Besides, Viñales also proud to have many first class hotels and the best casas particulares (local inn) in Cuba. 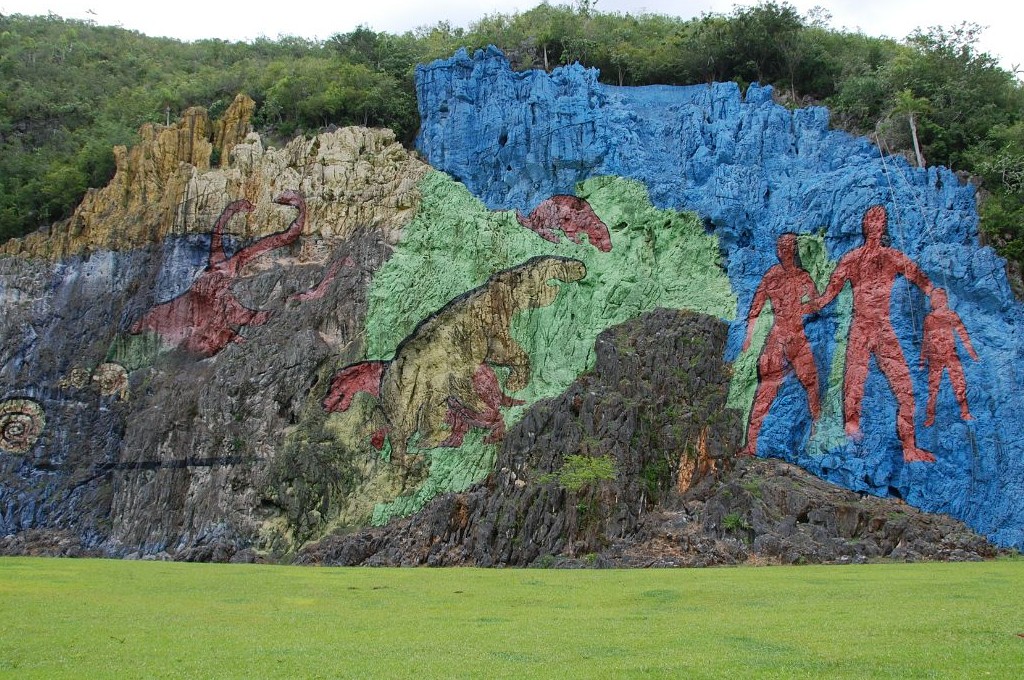 Despite attracting a lot of travelers, the natural landscape here is protected carefully so it is not too crowded like other popular tourist spots. You can still breath the fresh air and the area around the valley is still very pristine and peaceful.

Many people call Trinidad ” a fold of time” as this central town of Cuba makes people feel like living in the past. The first sounds of the morning are the sound of horses’ hooves clattering on cobbled streets and the people who sell bread by bicycle. 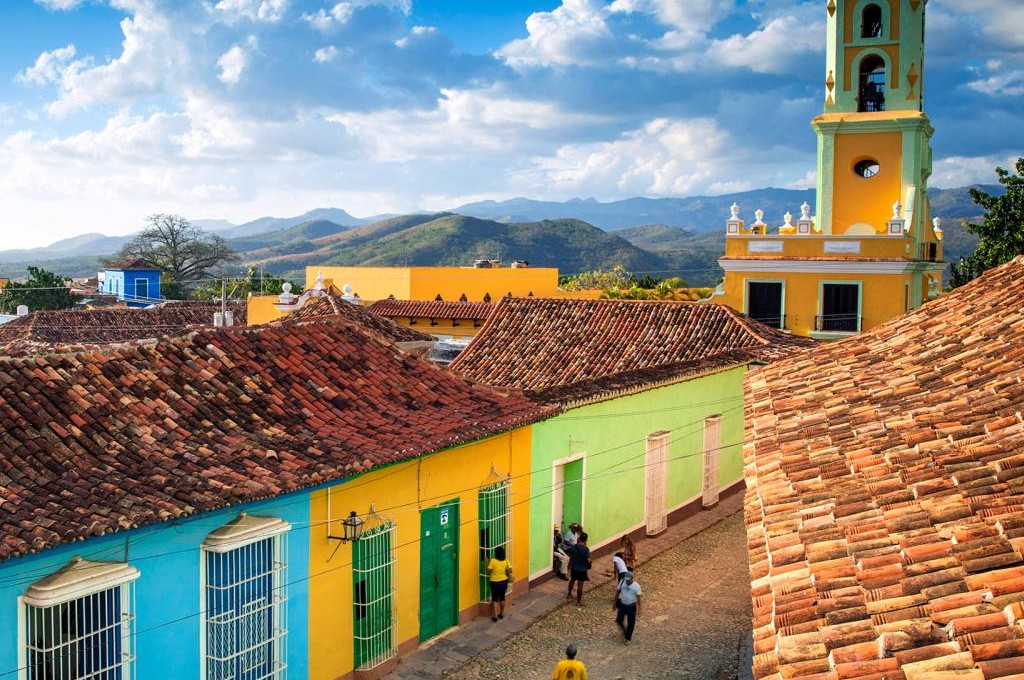 Especially, when staring at the wooden ceiling of the 200 year old room back to the colonial era, you have to remind yourself that you are living in the 21st century. 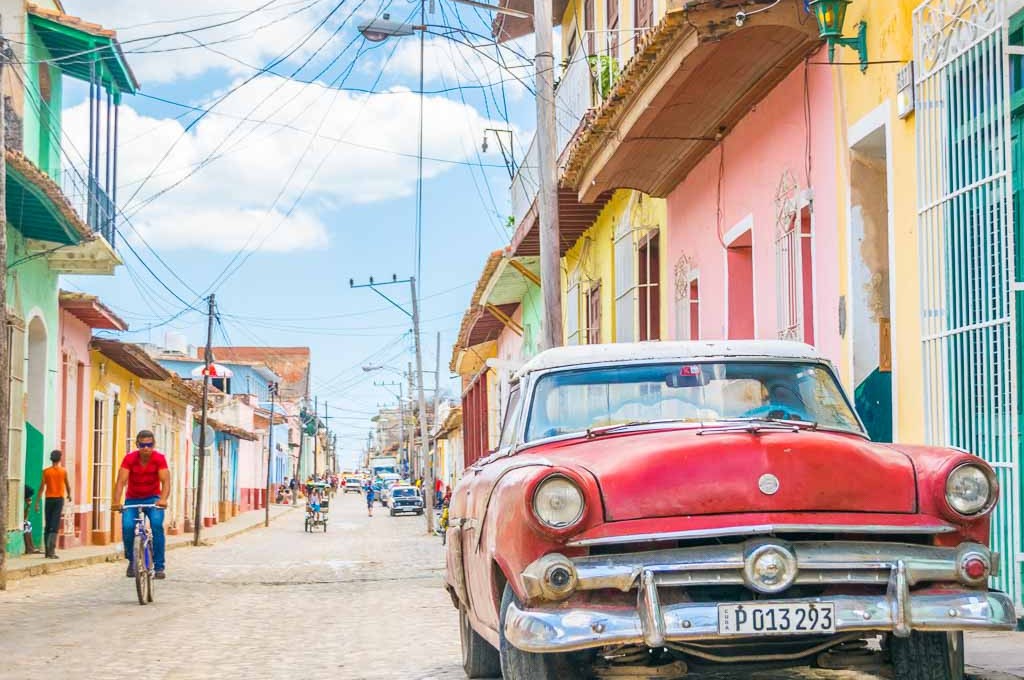 Trinidad is a UNESCO World Heritage Site in 1988, then it is becoming a popular tourist spot. Fortunately, tourism development seems to have a little influence on the tranquility of Trinidad.

If you are a natural beauty lover, head south 20 km to reach the most beautiful beach of the south coast, Playa Ancon beach with iridescent platinum colored sand. Or you can head down to the north 18 km to explore the deep purple Escambray mountain ranges. 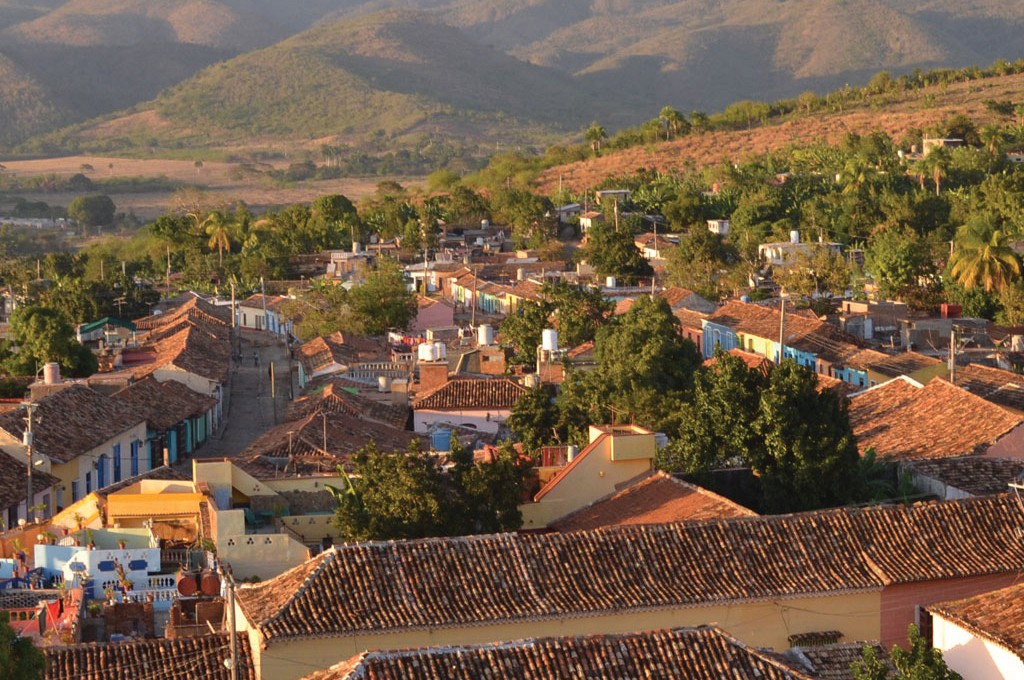 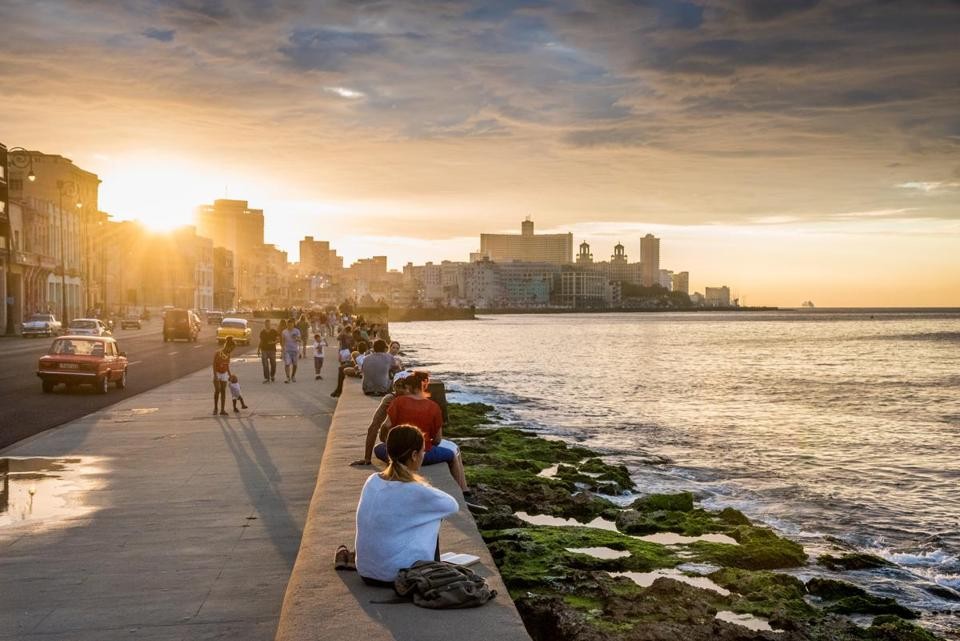 Malecon avenue, a 8km long seaside boulevard of Havana, is the most seductive, romantic in Cuba. By far, this place became the meeting place of lovers, philosophers, poets, travelers, and coastal fishermen. 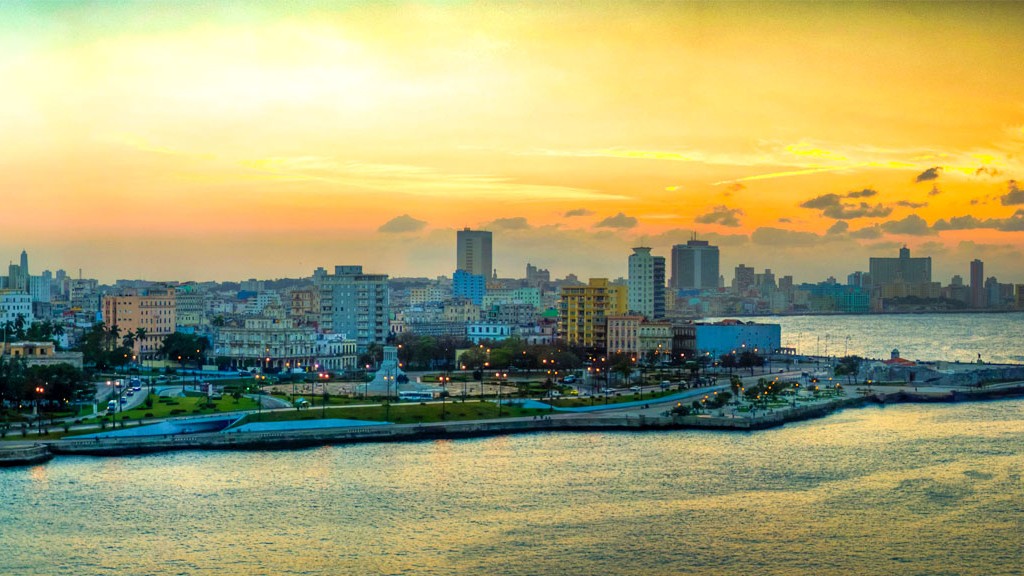 The best view of Malecon is at sunset, when the sun faintly set from Vedado district, as the torches slanting through the buildings of Centro Habana, bring the incredible ethereal beauty to every crumbling facades . 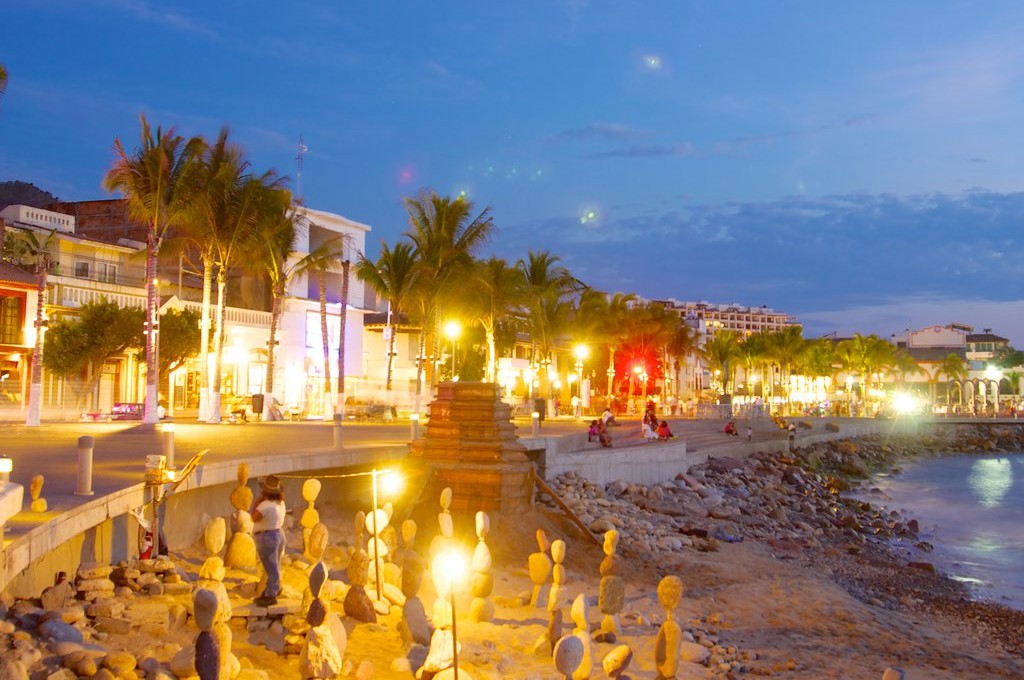 From Vedado to the west, across the river of Rio Almendares is Miramar district, a copy of Miami in the mid-20th century. 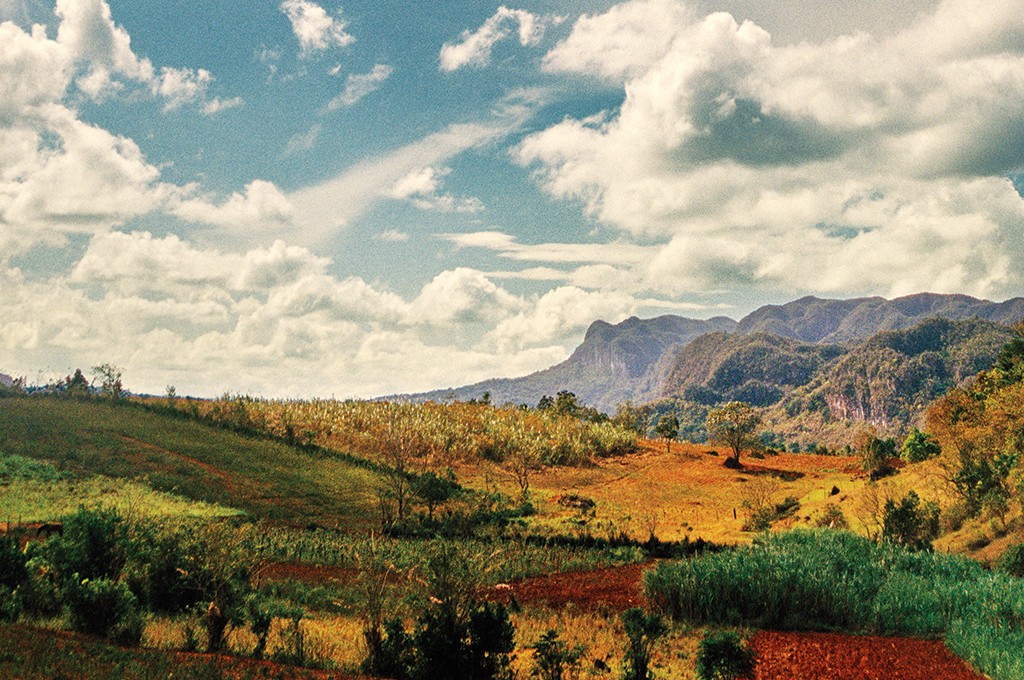 Miramar is a new landscape with sophisticated designed restaurants, luxury shops and vibrant music venues scattered throughout the green streets. 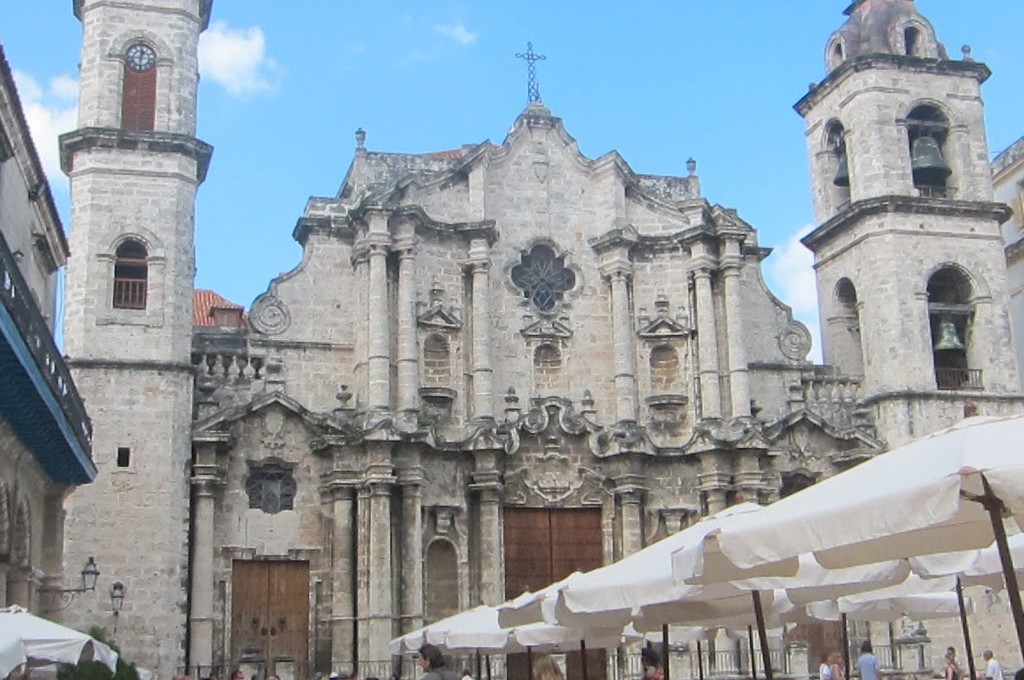 Plaza de Armas is one of the largest shopping malls in the old city of Havana. There is a flea market located between palm trees paradise, where you can find loads of jewelry types of indigenous people. 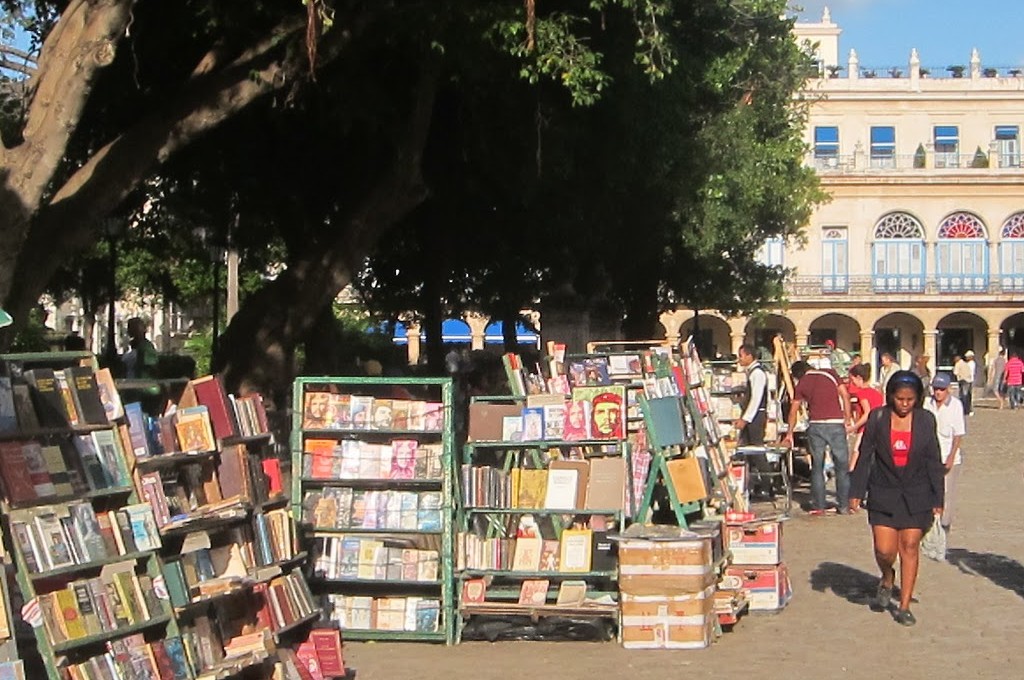 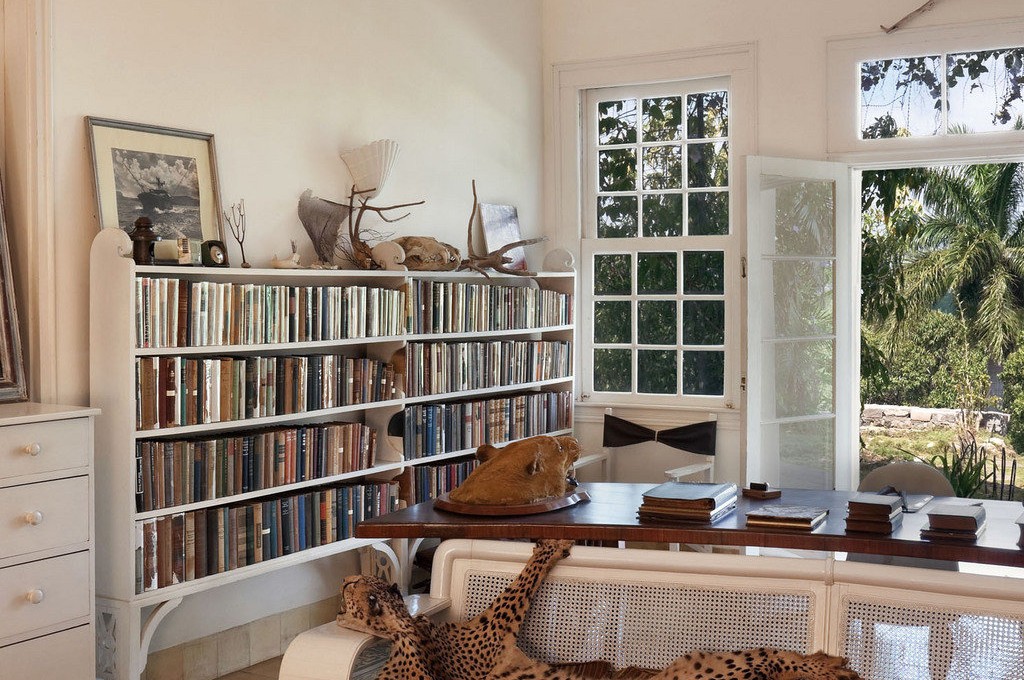 Located near Havana, Finca Vigia is the place where the great writer Ernest Hemingway lived when he wrote the work “Whom the Bell Tolls”. 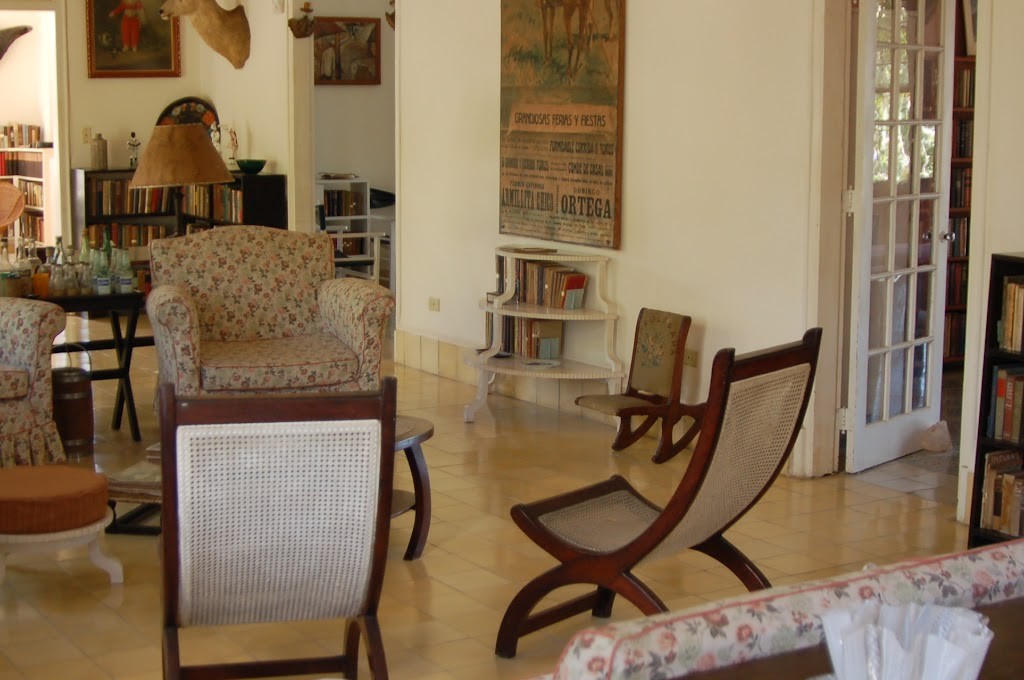 In addition, there are many other Cuban stunning attractions that worth your trip.