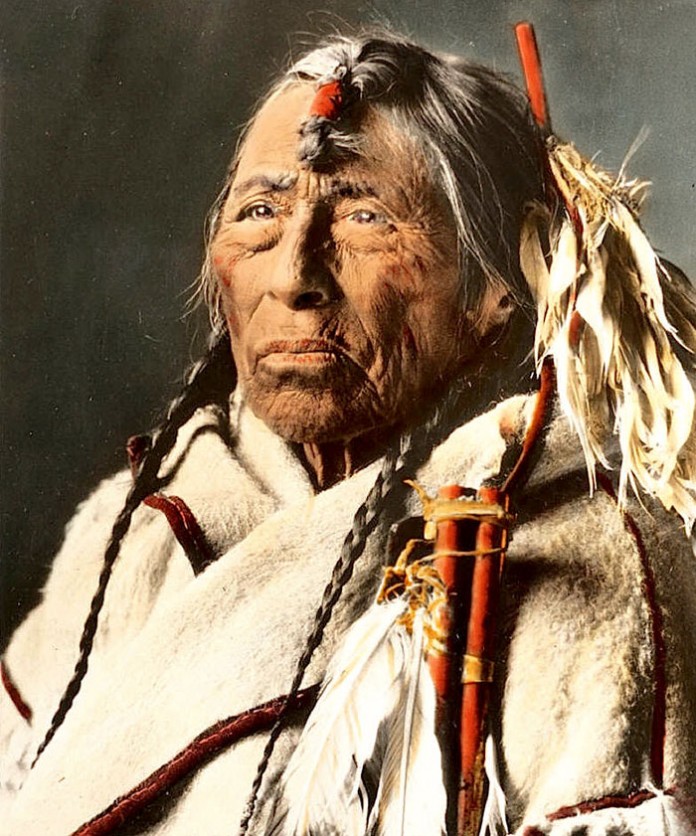 Film-maker Paul Ratner developed a passion for researching old photographs of indigenous people while making “Moses on the Mesa”, a film about a German-Jewish immigrant who fell in love with a Native-American woman and became governor of her tribe of Acoma Pueblo in New Mexico in the late 1800s.

“Many of the photographs I found were colored by hand, as color film was only the domain of experimentalists until 1930s (thanks, Kodachrome!),” Ratner writes on Huffington Post. “Painting on black and white prints was an art in and of itself, and many of the colorized photos exhibit true talent which preserved for us the truer likeness of the people many a hundred years ago thought were vanishing. Of course, Native Americans have not vanished despite the harrowing efforts of so many. They are growing stronger as a people, but a way of life they left behind is often only found in these photos.” 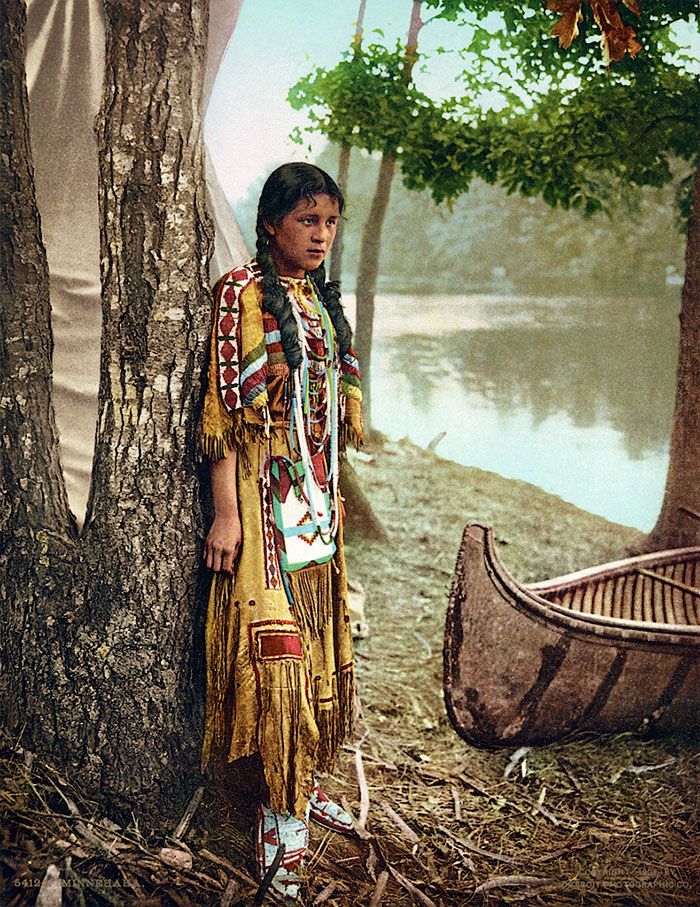 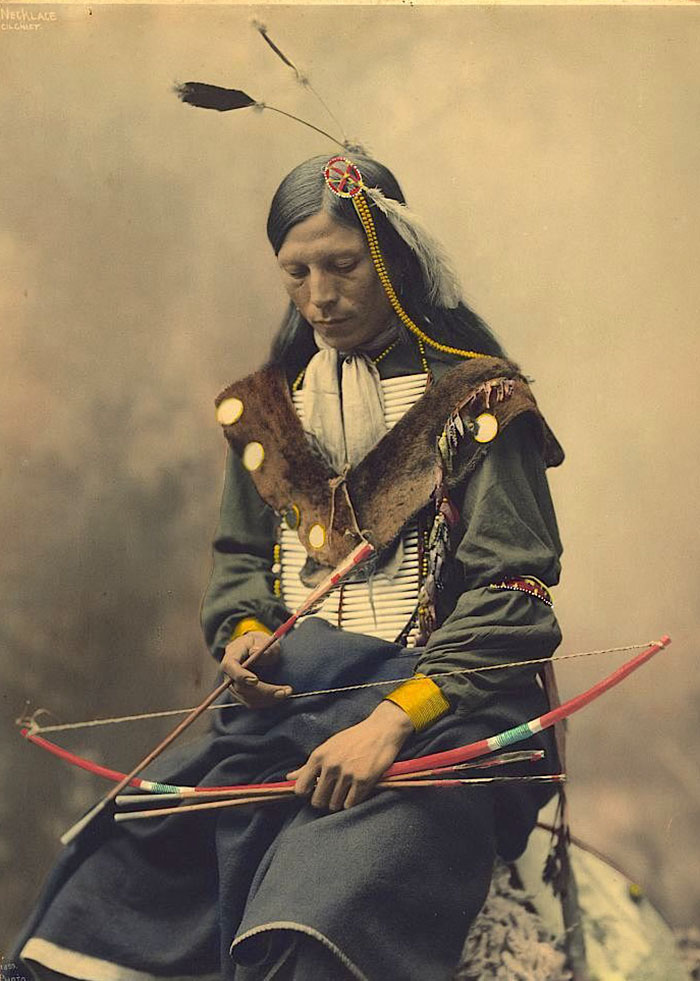 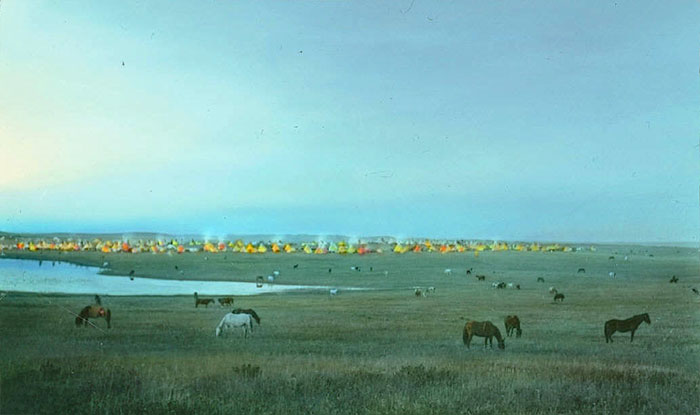 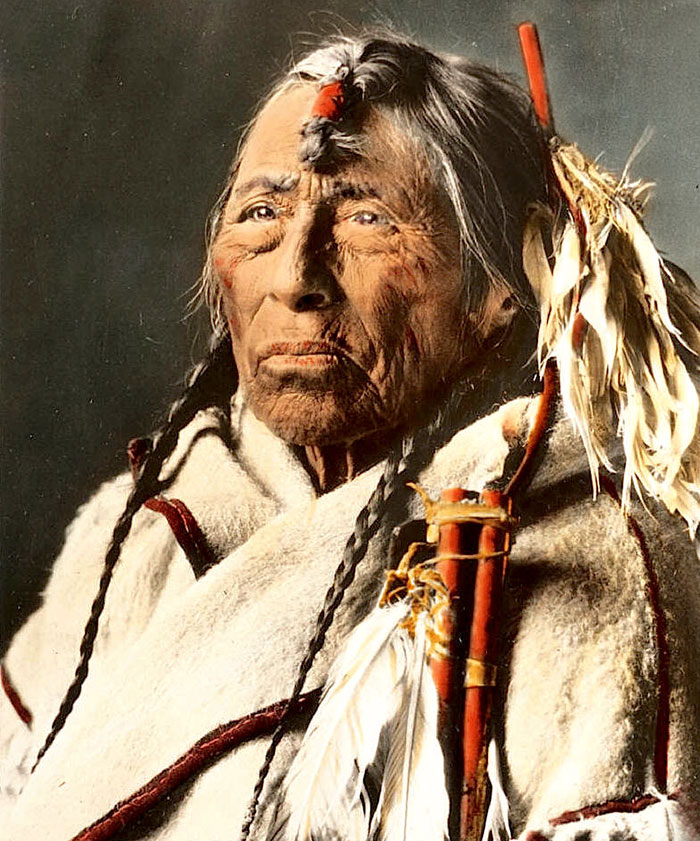 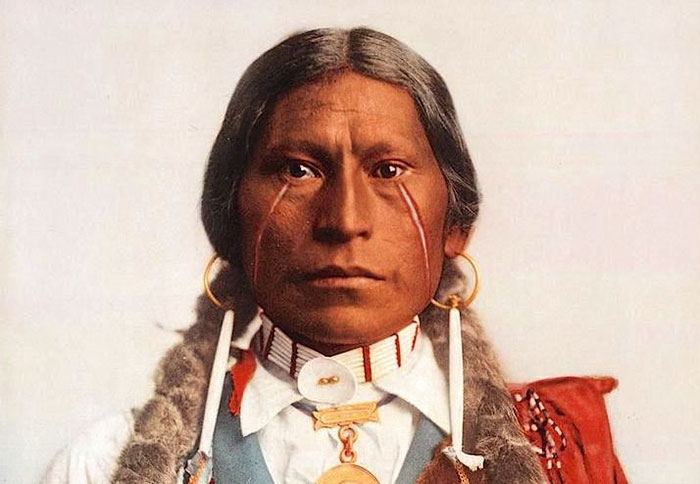 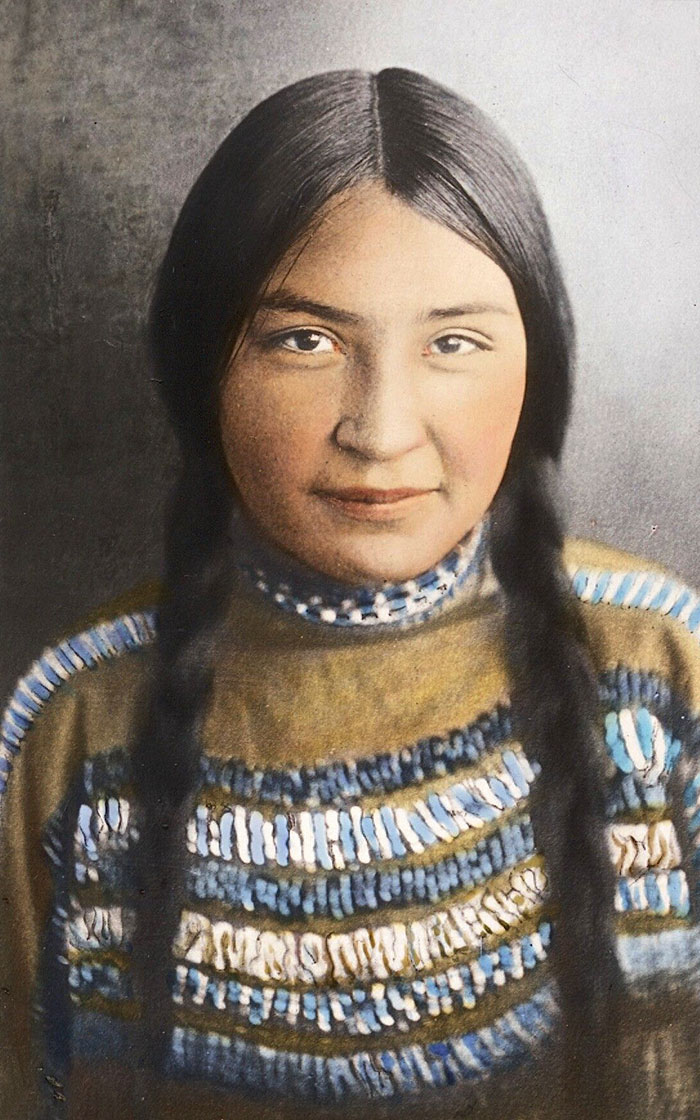 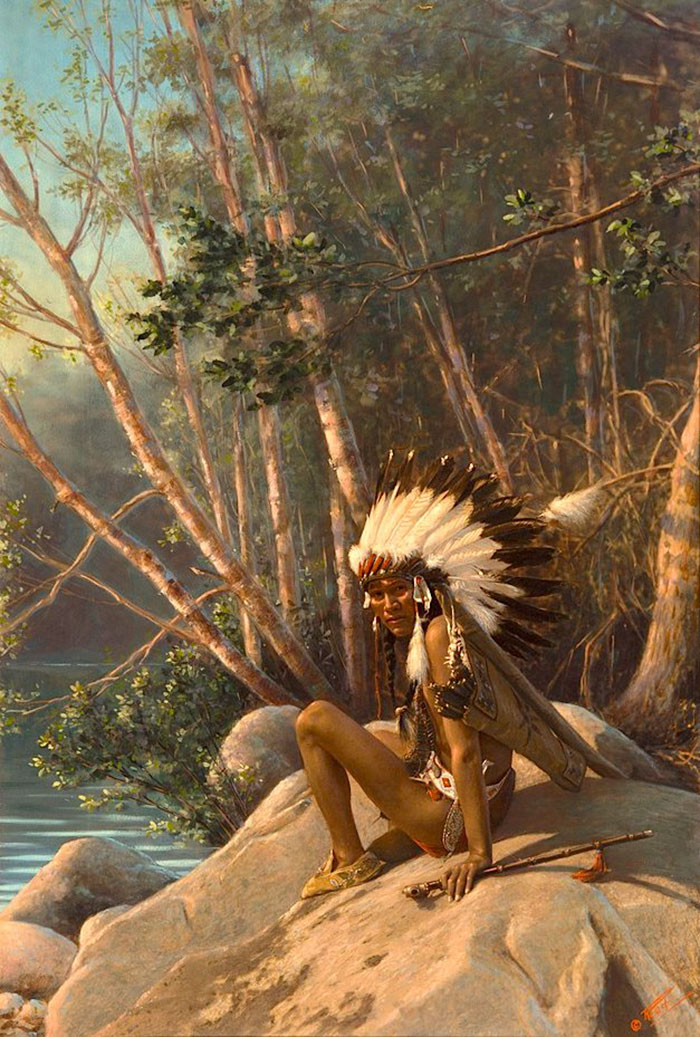 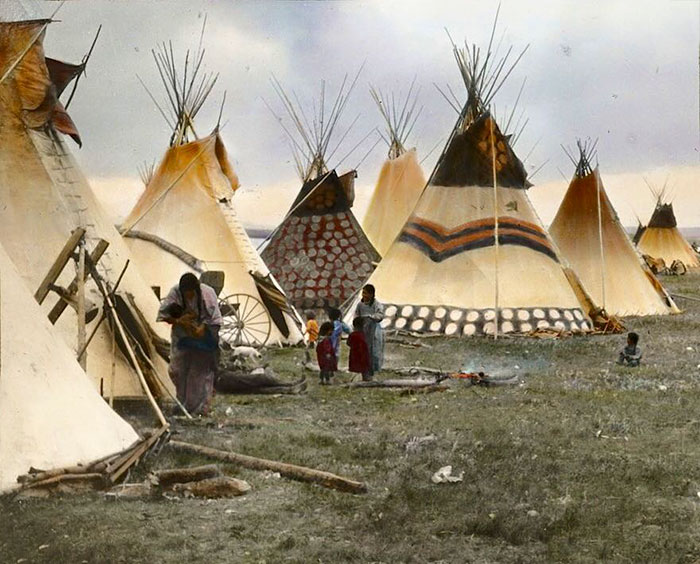 #9 Handpainted Print Of A Young Woman By The River. Early 1900s. Photo By Roland W. Reed 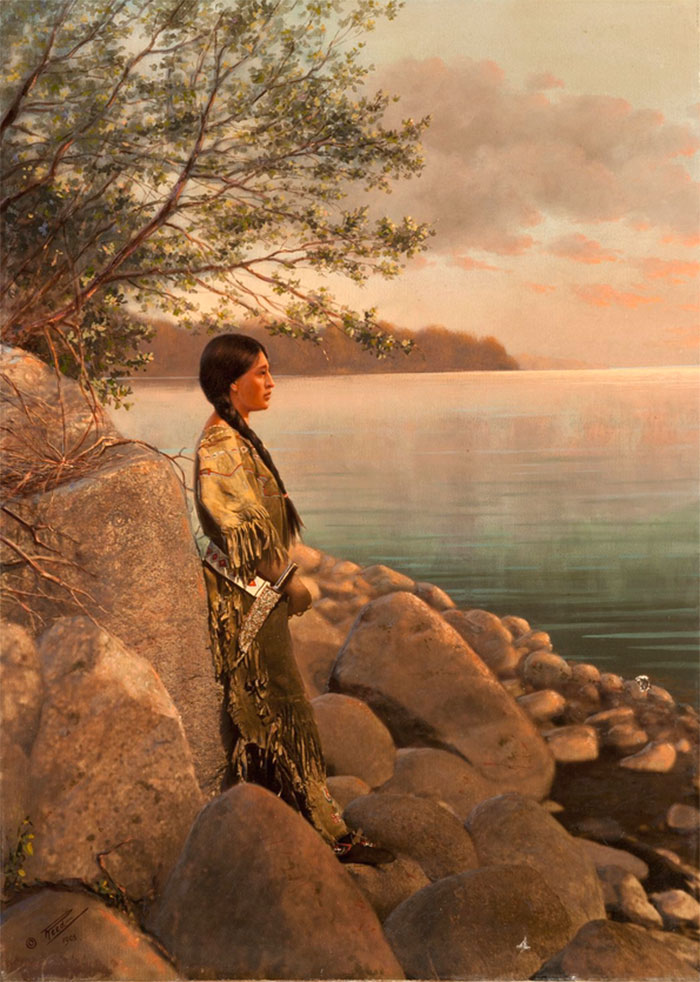 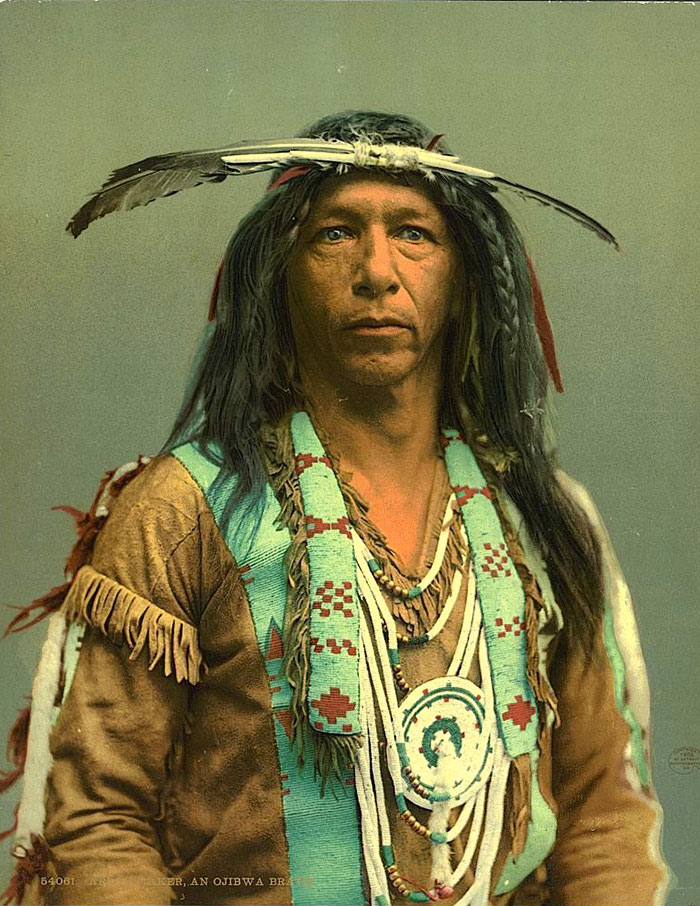 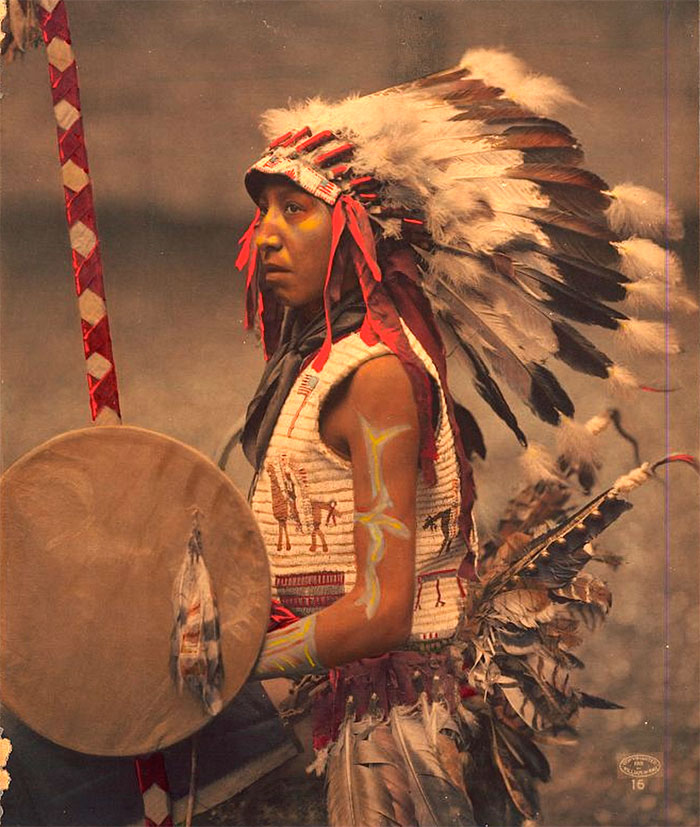 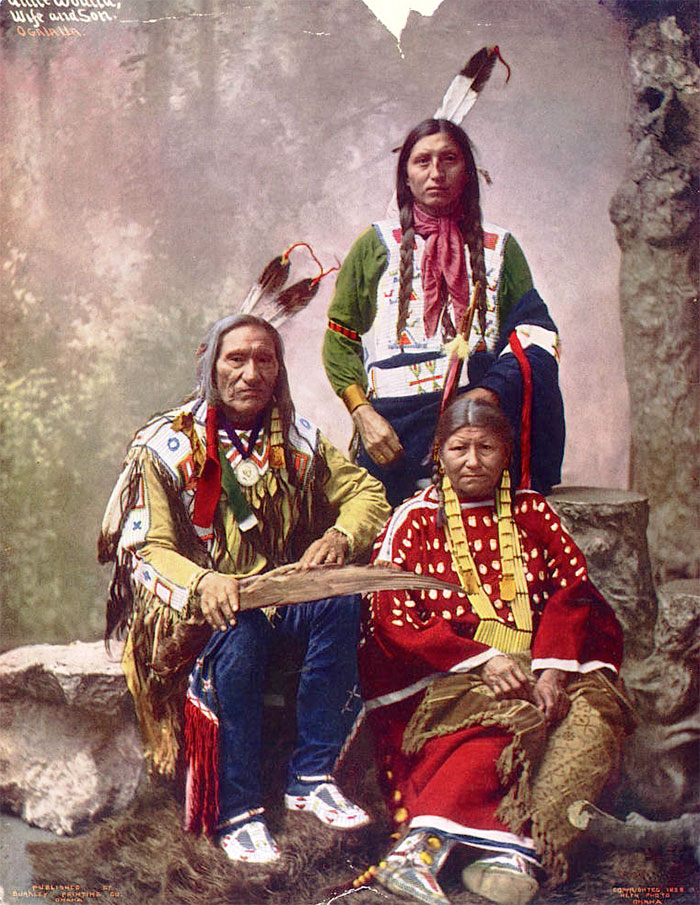 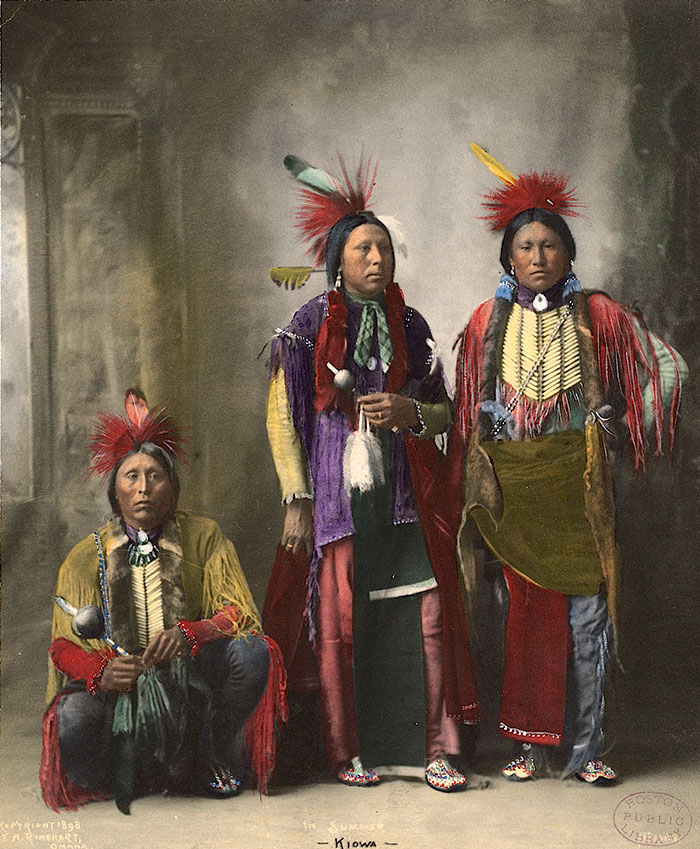 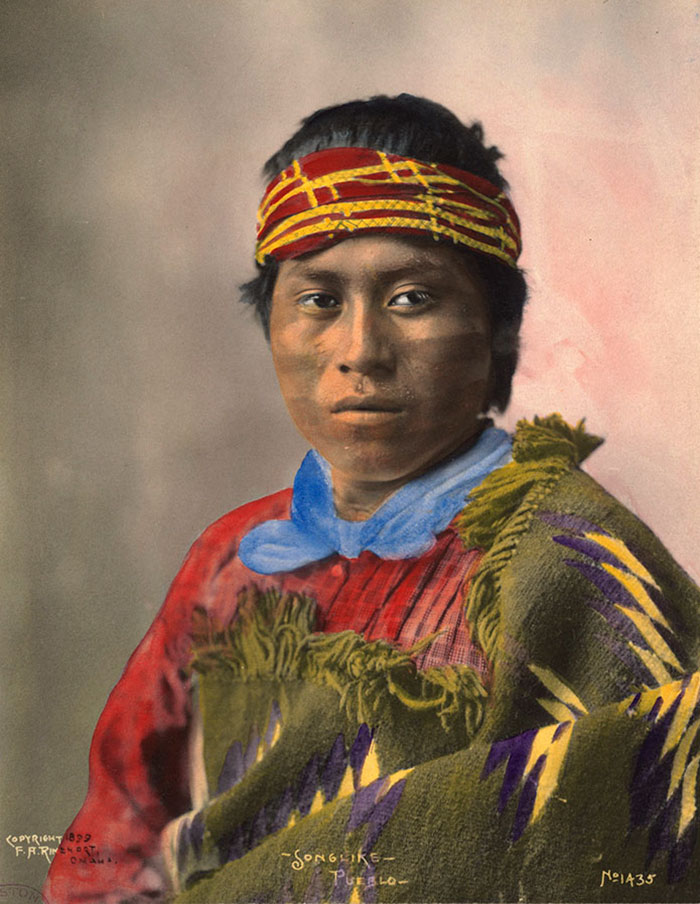 #15 Cheyenne Chief Wolf Robe. Color Halftone Reproduction Of A Painting From A F. A. Rinehart Photograph. 1898 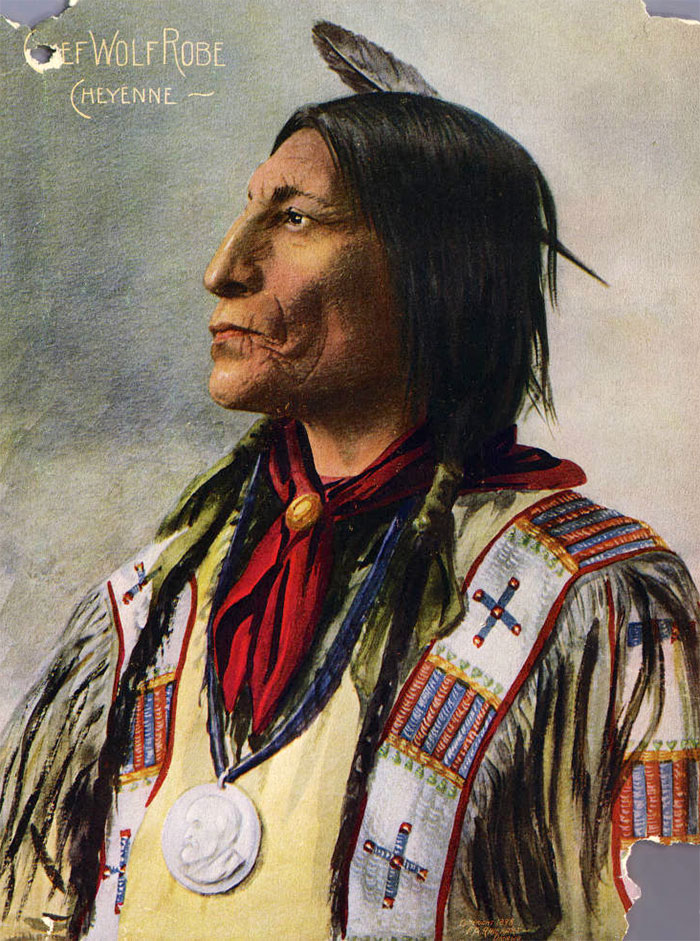