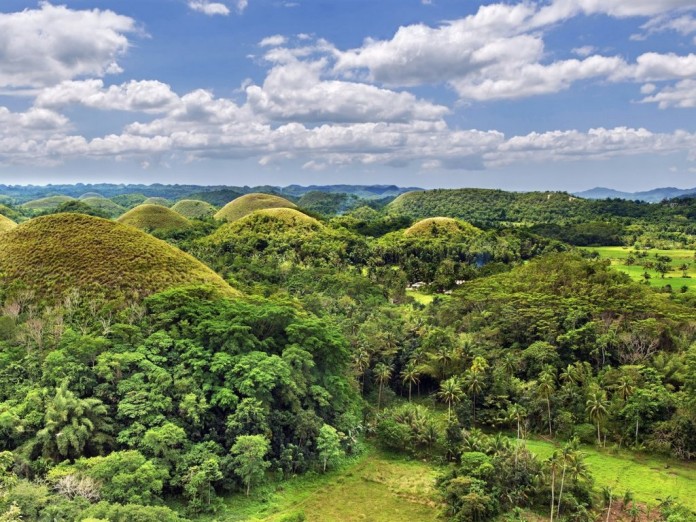 The Philippines are a group of over 7,000 islands in the Western Pacific.

It’s the ultimate paradise for beach bums, divers, and adventurers.

The country offers a vast array of waterfalls, lagoons, caves, and beaches, among other attractions.

Keep scrolling for some of the Philippine’s must sees.

1. Lake Kayangan is one of Coron Island’s most popular attractions thanks to its stunningly crystal clear green water. After the ten minute climb it takes to get there, chances are you won’t be able to resist a swim in the cove, which is surrounded by mountains and greenery.

2. The Mayon volcano or Mount Mayon sits on Luzon Island above the Albay Gulf and is the Philippines’ most active volcano. Mount Mayon’s perfect symmetry makes it a beautiful and intriguing sight.

3. The tower of the Cagsawa Church, an 18th-century Franciscan church, is the only ruin of the church that remains, and it sits against the backdrop of the Moyan volcano. It has been said that the church was destroyed when the volcano erupted in 1814, however this has since been disputed.

4. The less than 1,500 inhabitants of the village of Batad live nestled among the rich green Ifugao rice terraces. There are no roads that lead into the village, but the trek is worth it because the views from the rice terraces’ narrow trails are nothing like you’ve ever seen before.

5. Boracay boasts White Beach and Yapak Beach, two of the best and most visited vacation spots in the Philippines. But if you’re looking for a more secluded getaway, Boracay offers plenty of those as well — think bright soft sand bordered by turquoise waters.

6. The majestic Tumalog Falls are a must see in the town of Oslob on the island of Cebu. It’s nature at its best: clear water cascading over levels of moss-covered rock surrounded by a quiet forest.

7. The Sumaguing Cave is not far from the town of Sagada on the island of Luzon and is home to many unique rock formations that make for good exploring.

8. A marine and bird sanctuary on the Sulu Sea, Tubbataha Reef offers divers the chance to see some spectacular underwater creatures. There are two large coral atolls as well as a smaller reef.

9. An easy day trip from Boracay, Ariel’s Point is reached by boat and offers cliff jumping for more adventurous travelers, as well as snorkeling and kayaking.

10. Busuanga Island is the largest island in the Calamian group of islands which are part of the Philippine’s Palawan province. Some of the island’s homes look out onto a breathtaking view like this.

11. Tarsiers are small primates with unusually large eyes — each eye is equivalent to the size and weight of its brain. They are found in Southeast Asia, but this one was photographed on the island of Cebu.

12. El Nido is a tiny town on the coast of the island of Palawan. Its amazing beaches are found among limestone and marble cliffs and peaceful lagoons.

13. The city of Manila is the capital of the Philippines. The city sits on the bay on the island of Luzon.

14. A perfect example of some of Manila’s Spanish architecture, Malate Church was built in the baroque style, and is one of the oldest churches in the Philippines.

15. The colorful Aliwan Festival takes place every year in Manila. Groups from different cultural festivals all converge and participate in a dance parade, beauty pageant, and float competition.

16. A geological formation that’s found in the Philippines’ Bohol province, the Chocolate Hills are oddly shaped hills. There are at least 1,300 of them, but any other information on the formation remains somewhat of a mystery. 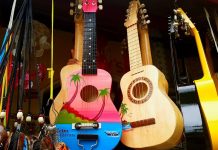 Must buy in Philippines — Top 11 cheap, famous gifts, souvenirs & best things to buy in the Philippines 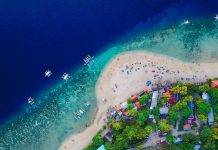 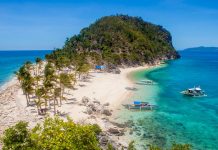 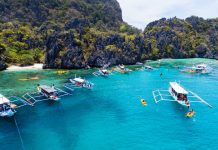 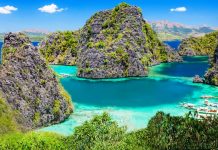 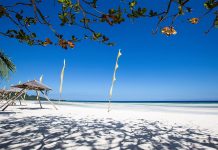 Where to go in Chiayi? — Top 5 Chiayi city attractions...

Jagalchi market blog — How to visit & enjoying sashimi at...