Mount Fuji, cherry blossoms, Shinkansen trains are typically what people may think of when it comes to the Land of the Rising Sun – Japan. These identities have beautified the nation and made it become an ideal destination for many adventures.

However, It is also innumerable striking things about Japanese daily life that have attracted the attention of people all around the world.

The Japanese prefer to use bicycles.

Living in one of the wealthiest countries in the world with high average income and prosperous car industry, the citizens have no difficulties in getting a car for each household.

What is more, a convenient transport system with various public means of transportation enables the Japanese to move easily. Interestingly, like much another vehicle, there is a considerable amount of bikes and its users.

Statistically, after America and China, Japan has been the third most bicycle-using country with as many as half of the population uses this environmentally friendly vehicle.

It is easily noticeable that a lot of people ranging from office workers, housewives to students utilise their bikes to go to work or to do their own affairs.

Money is highly valued in Japan.

To Japanese people, money is the result of a hardworking and tiring process which they have to put in a lot of efforts. Therefore, it is understandable that Japanese do not receive tips as satisfying the customers or clients with their best service is considered their responsibility.

One thing you have to pay attention to when playing by the cast is that you would be given a small tray to put your money in. You should avoid giving out money directly as it is disrespectful to do so in this country.

This manner is also applied for passing cash wedding gifts.

Have you ever thought that Japan which has the leading industry and services must be very busy and noisy? Many people may be surprised when getting to Japan and realising what they see is far from their expectations.

Few people talk about electric trains or in buses even if it is in peak hour. As striking as it appears to many visitors, talking on the phone in these public places is also seen as unacceptable.

Most passengers text, sleep, read books or newspapers, and so forth but they seldom make the annoying noise.

This is just a part of the story about Japan, the rest are waiting for you to discover! 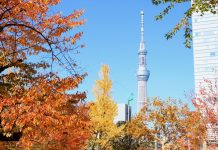