Maybe the edicts against chewing gum in Singapore or causing the death of a cow in India no longer surprise you anymore. There, however, aren’t so few situations that can involve you in a jail sentence in countries all over the world.

Crimes like theft, murder, assault, prohibited-substance trafficking is apparently against the law. But you’ll not think you can easily be sentenced in jail for the following stupid situations:

Saudi Arabia’s mufti, the highest religious authority in the conservative Muslim state, banned the popular children’s play of Pokemon and said the Pokemon video game and cards had symbols that included the star connected to international Zionism and it resembled a game of gambling. Compulsorily, if you are a fan of Pokemon, remember to leave everything related to Pokemon at home before taking a trip to this country.

Not less extraordinarily that in Saudi Arabia, conservative officials strictly claim Valentine’s Day is against Muslim belief. Selling roses, red products, and love-themed cards are banned in advance of February 14 . The phenomenon has led to the creation of a black market of Valentine’s day products and the roses of black market are 6 times higher than usual.

Denmark’s very strict Law on Personal Names is in place to protect children from having odd names that suit their parents’ fancy. To do this, parents can choose from a list of only 7,000 pre-approved names, some for girls, some for boys. If you want to name your child something that isn’t on the list, you have to get special permission from your local church, and the name is then reviewed by governmental officials.

This edict must be very well-known all over the world. Importing gum or chewing gum in Singapore is undoubtedly illegal. You will get into crazy troubles with the law if you chew because it is considered as a crime of destruction. Before the edict was issued, many subway trains had been delayed due to destroyers’ sticking gum into door slots then the doors couldn’t be closed. Although Singapore law currently allows chewing gum for medical purposes like nicotine, fine remains from 500 to 1,000 dollars.

If you are interested in Emo style, you should make a careful consideration to travel to Russia. The Russian parliament has hammered out legislation aimed at heading off the spread of emo culture, which is described as a threat to national stability – a “dangerous teen trend” that promotes proportion of suicide.

It is illegal to sell E.T dolls in France. France, which is a country that is known for creating some of the most lovely porcelain dolls in the world, has a strict law involving the creation and sale of dolls. All over the country, it is illegal to sell dolls that do not have human faces.

It’s a legend we giddily love to believe: Donald Duck is banned in Finland because he doesn’t wear any pants. But another reason is more reasonable that politicians claim youth are wasting sums of money on these popular American comics.

9. Flushing your toilet after 10pm, Switzerland

Claim: Flushing your toilet in your own home, if you live in a block of flats after 10pm is illegal because of noise. You must take care with your dinner time when traveling in Switzerland. This is very much an urban myth – late night flushing of toilets is considered noise pollution and against the law. Therefore, you’d better wait till the next morning if the plumbing is particularly noisy.

If someone has intention of suicide on traveling to England, near the house of Parliament is worst. They’ll be in jail before the intention is done.

In Portugal, you will be sentenced in prison if you release “your call of nature” to seas.

In France, there will be huge troubles for you to call a pig Napoleon.

It sounds weird to hear that Florida law bans people from having sex with hedgehogs!

In Russia, it is illegal to drive a car covered with lots of dust on streets. 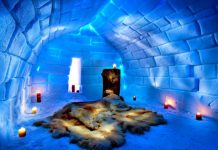 Explore IceHotel 365 — The most stunning ice hotel in the world 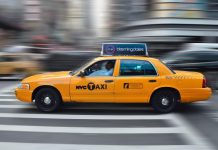 Why are taxi cabs of New York City yellow? 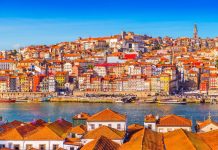 8 interesting facts about Portugal you should know