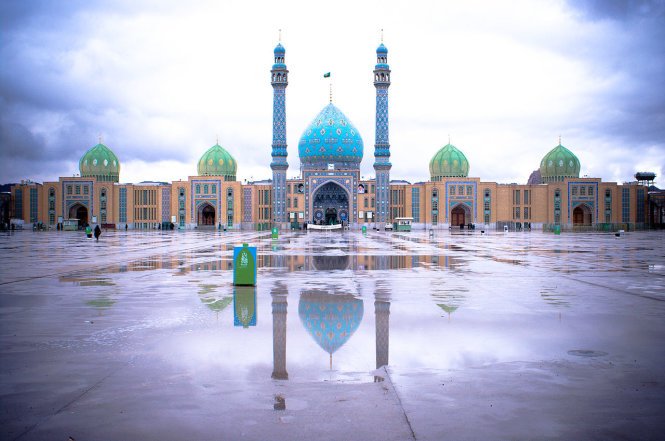 Having many historical sites, ski areas, large deserts with the international sanctions being lifted are things that help Iran tourism attract tens of millions of visitors each year.

The fact that Iran improved its relationship with the West through a nuclear deal with great powers of the world on July 2015 and that the international sanctions on Iran were lifted on January 2016 has really opened a big door for tourism in Iran, the country of famous one thousand and one nights tale.

A bright prospect of Iran tourism

According to the authorities of Iran, the profit from tourist is necessary to compensate for the damage from dropping oil prices and helps to make the economy less dependent on black gold (petroleum). The objective of Iran is that the country reaches more than 20 million visitors each year from now to 2025 and the profit in foreign currency increases fivefold, reaching more than 30 billion USD from tourism.

Since the election in 2013 with Mr. Hassan Rouhani elected to be the new president, from Ispahan to Persepolis, Shiraz or the capital city Tehran have been attracting more and more visitors from foreign countries.

As the data of Iran tourism shows, there were 4.16 million visitors coming to Iran in the first nine months of Iranian calendar (starting from March 2015), increased 5% compared to the same period last year. 2/3 of the visitors come from the neighboring countries such as Iraq, Azerbaijan, Armenia or Pakistan and Afghanistan.

A large number of visitors are people making the pilgrimages to the holy cities of Shiism.

According to Mr. Ebrahim Pourfaraj, Chairman of the Association of Iranian Tour Operators, to visitors, the sense of security and peace at a destination is very important.

So Iran expects there are more visitors from the Western countries, Australia or Japan coming to Iran while many other countries in the Middle East are being alienated due to armed conflicts and wave of terrorist attacks taking place constantly recently.

At present many travel companies from developed countries have come to Iran to cooperate in tourism.

Ms. Azam Ayoubian, Director Manager at 2001 Travel Agency, says that all the English or French speaking tour guides are booked up to the end of 2017 and over the past few months, the four or five star hotels in Shiraz, Yazd, Isfahan are continuously completed to meet the needs of visitors who are above 50 years old and not pilgrims and stricter than young travelers.

Currently only 130 out of 1,100 hotels in Iran reach the four or five star standard while this country needs more than 400 hotels of this standard to welcome 20 million visitors from now to the next ten years.

Recently, the Accor hotel group of France has become the first Western hotel chain being present in Iran when opening Novotel hotel and Ibis hotel in Tehran international airport area.

Apart from the spectacular landscape, Iran has more than 17 places recognized as UNESCO World Heritage Sites and numerous archaeological treasures of the ancient land of Persia with the hospitality of local people who are willing to invite foreign visitors to spend the night at their houses.

Iran is also an important part of the legendary Silk Road with its location at the intersection of many lands and people and the influence from the culture of Turkey, Russia, Arab countries…, this is an advantage which helped Iran tourism “boom” over the last two years.

The sacred ancient cities with unique monuments leaving strong impression on the tourist map of Iran are Shiraz, Isfahan and Yazd, the three top destinations and the holy city – Qom.

Shiraz in the southwest of Iran, the capital of ancient Persia, is the capital of culture and art of Iran now, famous for having many beautiful and fragrant flower gardens such as Narenjestan or Paradise and the Eram palace built in 19th century.

Tombs are also attractive places of Shiraz. Especially, Hafez tomb welcomes millions of visitors each year or the tomb of the sage Ibn Khafif in the 9th century is now a public library and becomes a place for young people to meet each other…

Regent Mosque was built in 1773 known for large prayer room and many twisted columns. Or famous Bazaar-e Vakil market existing since 18th century with many small paths having arcades and plenty of mosaics is one of the most beautiful markets of Iran leaving tourist amazed…

Splendid ruins of Persepolis, about 70 kilometers away from Shiraz to the northeast, built in the 6th century BC and burnt by Alexander the Great on his process of conquering, always fascinate whoever sets their foot here.

The new year festival of Iran is held once a year at Persepolis.

Admiring the remaining vestiges of palaces, columns, stairs or tombs in Persepolis, you can imagine the glorious heyday of Persian empire in the old days.

Yazd is a city formed from a desert in central Iran, where the community of Zoroastrianism (a religious of Iran in ancient time) live. So there are many famous monuments of Zoroastrianism in Yazd such as the Chak Chak pilgrimage site in the desert which is on the left of the city.

Towards the right side of the city are many resting towers, where the faithful followers put the bodies of their relatives and leave the rest for… vultures in the 1960s.

Wind towers are an interesting part of Yazd. Nowadays, they are still being used as a ventilation system when the hot wind goes in the tower and is lead into a cooling water tank.

Isfahan in central Iran is the most famous tourist city of the country with the giant Naghsh-e-Jahan square, also called Khomeini square which is 512 meters in length, 159 meters in width and is one of the biggest squares in the world.

In the middle of this square is Sheikh Loftollah Mosque, an architectural masterpiece built in the early 17th century with impressive dome and four smaller towers.

Isfahan was the capital of Persia during the period 1598 – 1722 and is one of the most ancient cities with richest history in the world.

At night, Isfahan becomes more dreamlike with soft lighting around the mosque, highlighting the dome and mosaics. This is when local people go to the square to relax.

But what makes tourist become enthrall by Isfahan is the old bridges here.

On weekend evenings, under the arch of the bridged in Isfahan are tourists and locals passionately enjoying the singing from amateur singers.

Qom (about 150 kilometers away from Tehran to the southwest) is the third holy city of Shiism in the world so the Shiite usually make the pilgrimage to Qom to pray at the mosque, the resting place of Fatimah Ma’sumeh who passes away in the 12th century, and to meet the dignitaries of Shiism.

In addition to beautiful scenery, the unique silk carpets, the “sohan” cakes and the food culture in the style of ancient Persia have also bring the tourists who are not Muslims to Qom…