Ditch that guidebook for our much cooler guide to Las Vegas—we’ll tell you what to really do (and what not to do) in Sin City. (Spoiler alert: Ditch Cirque du Soleil, Hakassan at MGM Grand, and The Forum Shops at Caesars Palace.). These are 9 things not to do in Las Vegas you should know. 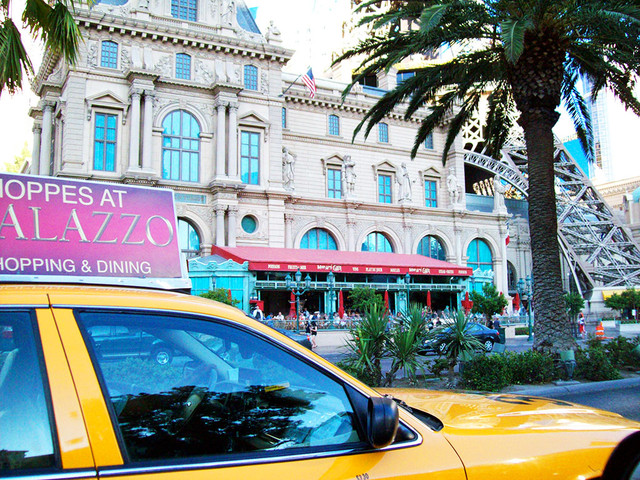 DON’T TAKE THE AIRPORT SHUTTLE LIKE OTHER TOURISTS. Once you land at McCarran, you’ll see signs outside the baggage claim for shuttle buses that will drop you off at most casinos on The Strip and downtown. Advertised for about $7 each way, these shuttles seem like a bargain. But since the buses stop at several different hotels, it can take more than an hour to make it to your destination. Not helping is that the seats are uncomfortable and the ride is bumpy.

INSTEAD: Head to the taxi line for a cab. You’ll be at your hotel in about 20 minutes and the total cost should be about $20 to get to the Strip. But if you take a cab…
Vegas Chatter 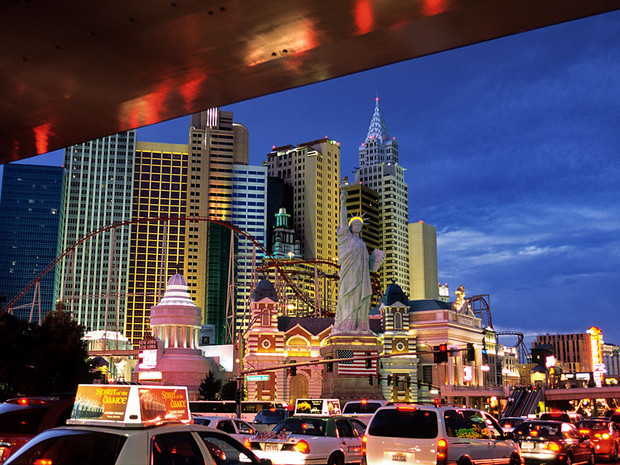 DON’T LET THE CABBIES LONG-HAUL YOU. “Long-hauling” is a unique-to-Vegas term to describe the phenomenon where the cabs take a longer route than necessary to get to your hotel—often by getting on the freeway. And the longer it takes to get to your hotel, the more money the cabs charge. If your cab ride costs more than $25 to a hotel on the Strip, then you’ve been long-hauled.

INSTEAD: Tell the cab driver “not to take the tunnel” which is Vegas code for not going on the freeway. Or you can just tell them to take The Strip so you can see the sights.
SEUX Pale/Hemis.fr 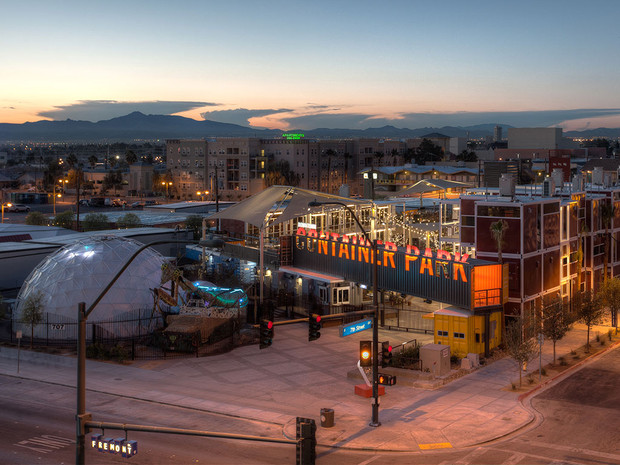 DON’T SHOP AT THE FORUM SHOPS AT CAESARS PALACE. While The Forum Shops have over 160 stores inside, they tend to be the same kind of retail shops you see at the mall near your hometown. Though the mall does have higher-end shops (Gucci, Balenciaga, Christian Louboutin), it comes in a really confusing layout.

INSTEAD: Go to the just-opened Container Park at the corner of 7th and Fremont Street in Downtown Las Vegas. There, you’ll find a cool mix of indie clothing boutiques, jewelry stores, and art galleries, all situated in repurposed shipping containers. The stores may change frequently, as the Container Park aims to be a collection of pop-up shops before the stores move onto more permanent locations. (In other words, before they end up in your mall back home). 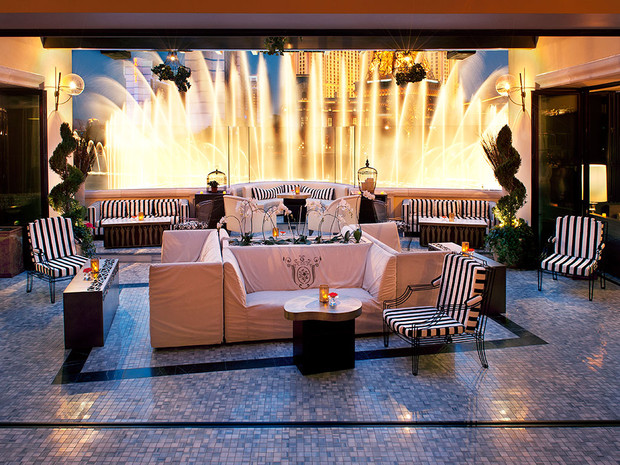 DON’T PARTY AT ONE OF THE MEGA NIGHTCLUBS. Steer clear of Hakkasan at MGM Grand, Marquee at The Cosmopolitan, and any of the other big-name hotspots of the moment. Yes, these clubs have some of the hottest DJs spinning on the weekends, but they are massive (about 60,000 square feet or more) and often besieged by long lines of people outside plus thousands more people, drinking, and dancing, inside.

INSTEAD: Hit up Hyde Bellagio, a smaller (12,000 square feet) and more intimate nightclub with outdoor tables that overlook the dazzling Bellagio Fountains. As with most clubs in Vegas, a table reservation is recommended (bottle service for tables start at $425). But if you’re traveling with a large group of friends, it’s totally worth it, allowing you to skip the lines and head right inside. Still not a fan of the club scene? Hyde actually opens at 5 pm, so you can sip on the hand-crafted cocktails in a more civilized setting.
Courtesy the Bellagio 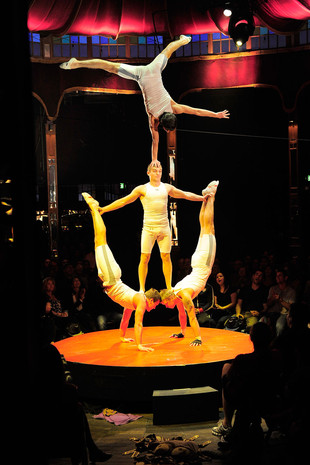 DON’T SEE A CIRQUE SHOW. Cirque du Soleil shows are the reigning acrobatic entertainment in Vegas, but with many of the storylines can be hard to follow, especially if the show uses the made-up Cirque language. Plus—you can see a Cirque show in any major city these days, so it’s not unique to Vegas.

INSTEAD: Go see Absinthe at Caesars Palace, which is performed in the round under a small big-top style circus tent. The show can be a little raunchy at times (it’s described as an “acro-cabaret”) but the amazing acts—highwire, aerial, gymnastics, and burlesque—will astound you, especially since you’re seated so close to the action. Tickets start at $99 per person.
Getty 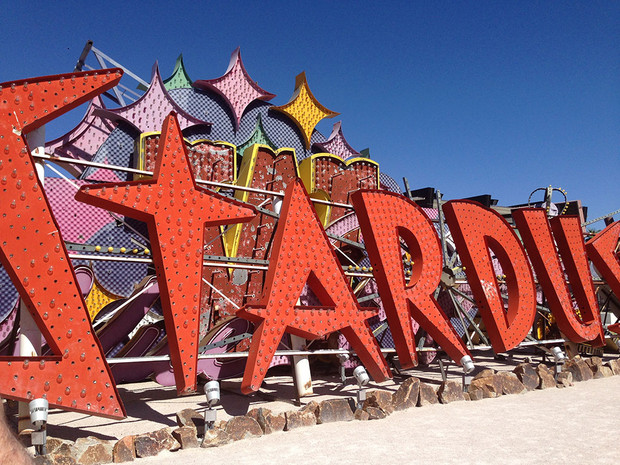 DON’T DO A PHOTO OP AT THE LAS VEGAS SIGN. Everyone wants to take their picture in front of the iconic Welcome to Fabulous Las Vegas sign. In fact, tour buses often shuttle large crowds of people here, making it a total tourist trap.

INSTEAD: Head downtown to the Neon Museum, which stores old neon signs from Vegas’ long-gone casinos like the Stardust and Sahara in their “neon boneyard.” You can only get up close and personal with these vintage signs by booking a tour ($18) here. Tours are done both during the day and at night and are way cooler than the cheesy Welcome sign.
Vegas Chatter 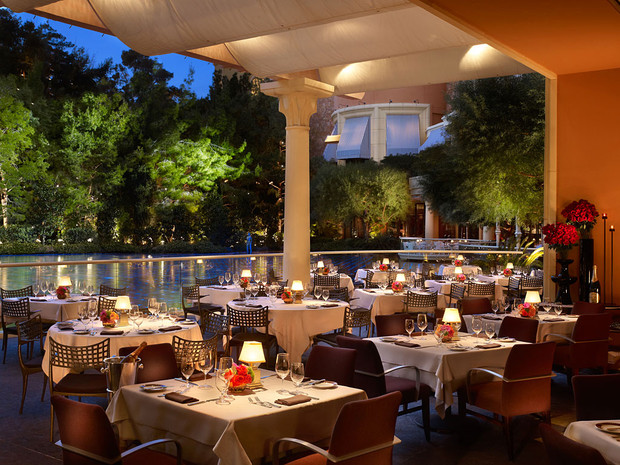 DON’T EAT AT THE STK AT THE COSMOPOLITAN. The STK steakhouse chain (yes, chain: there are other locations in LA, NYC and Miami) is “not your daddy’s steakhouse,” we admit. But it can also feel like a nightclub—which is made even more apparent when an actual DJ arrives to spin tunes. Really not cool.

INSTEAD: Head to SW at The Wynn for a classic steakhouse experience with traditional cuts of beef (all Nebraskan corn-fed and 100 percent USDA Prime) along with double cuts like the porterhouse for two and the pepper-crusted Chateaubriand. If possible, opt for a table on the outdoor terrace overlooking Wynn’s Lake of Dreams 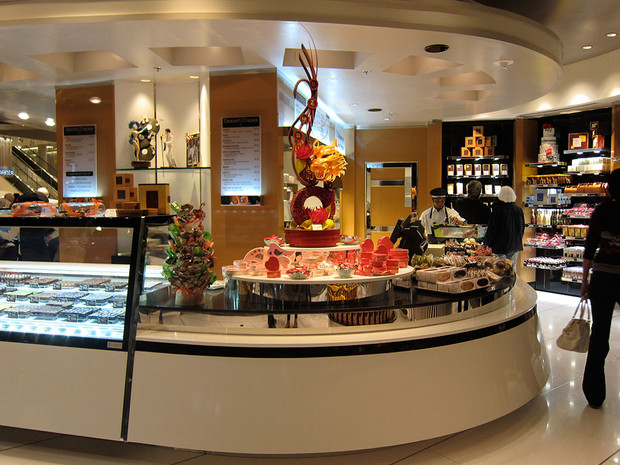 DON’T GET YOUR JOE AT STARBUCKS WITH OTHER TOURISTS. Not that long ago, a Starbucks in a casino in Vegas was a rarity, even cool. Today—like anywhere else in the world—it’s the norm (some casinos even have two). But despite Starbucks’s popularity, there are far more sophisticated ways to get perked up.

INSTEAD: Stop by Jean-Philippe Patisserie at Aria for not just specialty coffee drinks but also for chocolates, crepes, homemade gelato, and other sweet creations.
Courtesy Aria 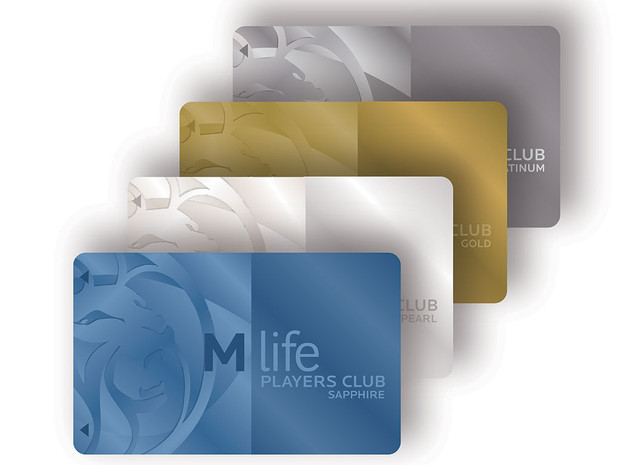 DON’T GAMBLE UNATTACHED. We’re not talking about having a buddy next to you when play blackjack (although that’s not a bad idea). We’re talking about getting some rewards for all your play… and, being Vegas, you know you’ll be playing.

INSTEAD: Join a player club’s program. All the casinos have these and typically, just signing up for the program will get you free credits for slot play and comps or discounts for the casino restaurants and shows. Depending on how much you gamble, you could also earn discounts and upgrades on your hotel room. We like MGM Resorts’ M life program because it has partnered up with Hyatt Hotels, allowing members to earn points towards Gold Passport membership by staying at an MGM resort (and vice versa).