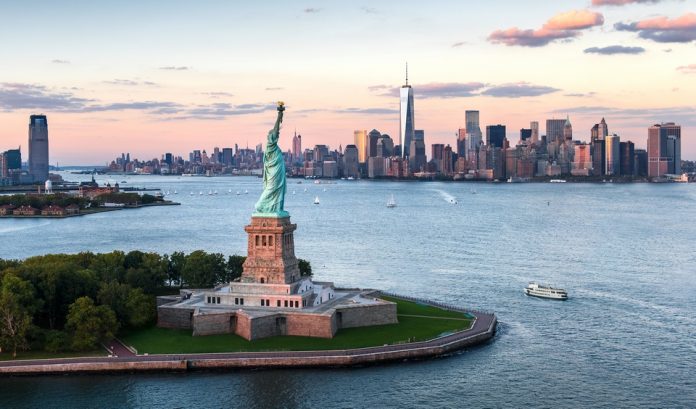 There’s currently a two-month-plus wait to get into the crown of the Statue of Liberty. So it’s sort of astonishing to learn that six months after our national icon of freedom was opened to the public in 1886, it was a desolate spot, nearly abandoned by a disinterested populace.

This is just one of the little-known gems that Elizabeth Mitchell, author of Liberty’s Torch: The Great Adventure to Build the Statue of Liberty, revealed to us. Here, in honor of her 130th birthday this year, are a few other secrets Lady Liberty holds. 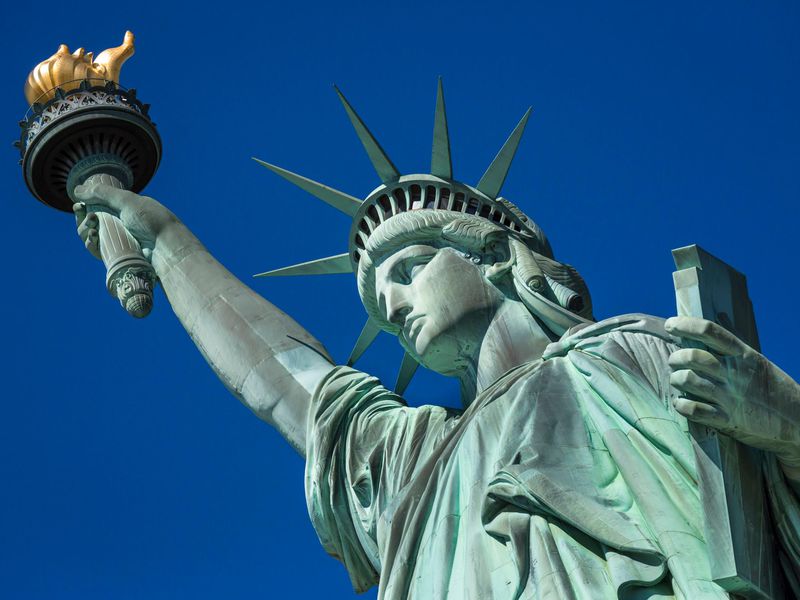 The biggest myth is that the statue was a gift from the French government to the American government.

The statue was the brainchild of French sculptor Frederic Auguste Bartholdi, who visited Egypt as a young man and was inspired by the statuary there to build a colossus, says Mitchell. And although France was involved, much of the money raised for the statue came from the American public—in part thanks to the urging of newspaper publisher Joseph Pulitzer.

The statue almost ended up at the Suez Canal.

Bartholdi was determined to build his colossus, and initially pitched it to the Egyptian government for the Suez Canal, which was opening at the time.

Chains at Lady Liberty’s feet symbolize the end of the Civil War.

Thanks to the involvement of French abolitionists such as Édouard de Laboulaye—who did, eventually, help get France involved in the statue’s creation—the statue was originally intended to celebrate the end of slavery in America, represented by broken chains at her feet.

40 blank discs on the pedestal represent a fundraising failure by American states.

Bartholdi had an enormous amount of trouble raising sufficient money for his statue, and sent representatives all over America to try to get fiscal support at the state level. He left 40 blank medallions on the base of the statue where states—38 of them at the time, although there are 40 discs—could engrave their names. Not a single state bit, so the discs remain blank.

When you visit Liberty Island, says Mitchell, you might be “struck by how empty the island is, and that it hasn’t really been landscaped that much.” But in fact, “Bartholdi had visions of what else should be on that island … He proposed that it be turned into a pleasure island, with a casino, bands playing, and music playing.” The point, she says, might have been to increase the popularity of the island as a destination “in order to get more statue-making gigs.” He was thinking of parks in Paris, where there are long lines of statues. 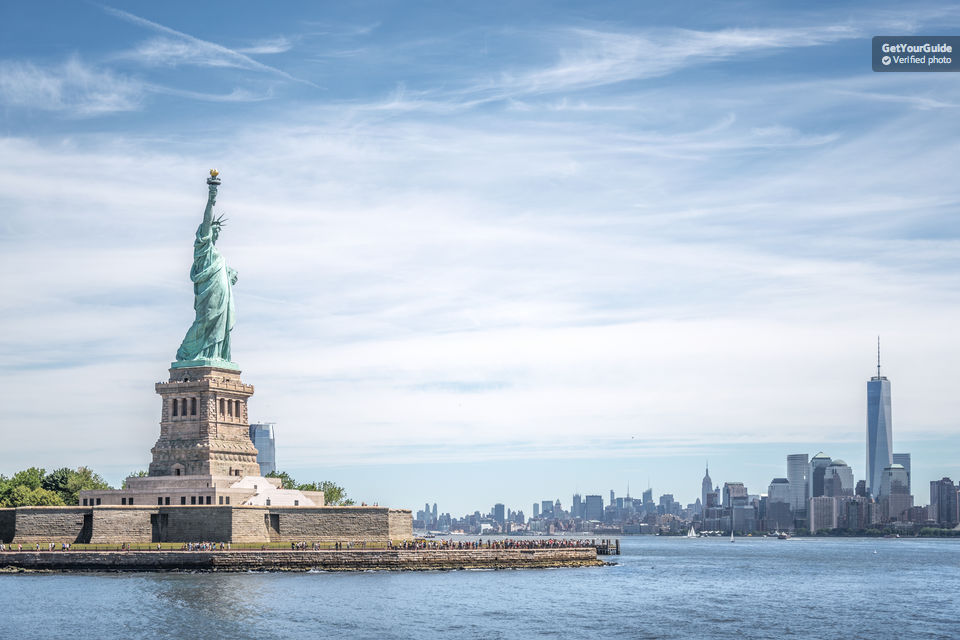 Bartholdi—who had originally wanted his statue to be all-gold—and his team didn’t anticipate that their copper creation would eventually turn green, says Mitchell. “They didn’t predict in any accounts that it’d turn green with the patina. The only prediction that I saw was that it’d turn a darker red.” It took a while for the shift to happen, too: “It was in the 1920s that it started to really go green.” The ironic thing, Mitchell points out, was that “construction work on Notre Dame was going on with the same people working on it; I really don’t know why they didn’t understand” what was going to occur.

Six months after she was opened to the public Lady Liberty was almost forgotten.

A journalist visited Liberty Island six months after the statue’s grand opening, and reported that “it was pretty much abandoned,” says Mitchell. “It shows how quickly people lose interest. Bartholdi would have been happy and vindicated that now the place is packed with people.”

The Statue doesn’t wear the creator’s mother’s face—but it’s quite similar to his brother.

Many accounts reiterate the idea that the statue was modeled after Bartholdi’s own mother. But the sculptor never confirmed that, and Mitchell thinks it’s more likely it was modeled after his brother, who “almost destroyed the family because he got them into such terrible debt.” Having seen a photograph of the brother in question and shared it with other liberty experts, says Mitchell, they think it’s a fairly striking resemblance—and given the brother’s troubled past, it would explain Lady Liberty’s oddly furrowed brow.

A little boat on the water has maybe the best view of the statue.

Although Mitchell loves going to Green-Wood Cemetery in Brooklyn, which is physically close to the statue, and likes Governor’s Island for a good vista, the most “intriguing view,” she says, is from a little floating bar called the Honorable William Wall out in the harbor. $20 will get you out to it, but in a pinch, the free Staten Island Ferry will snag you a great view, too.

The person who built the crown was the highest person in America at that time.

Nowadays it’s harder to be impressed by lofty views, but Mitchell says that a “spectacular” thing to keep in mind when in the crown is that those who built it were climbing to America’s greatest height at that time. “You’re reliving that kind of experience,” she says. “There are really great accounts of… that first view of what the city looks like from that height,” which she recounts in her book. 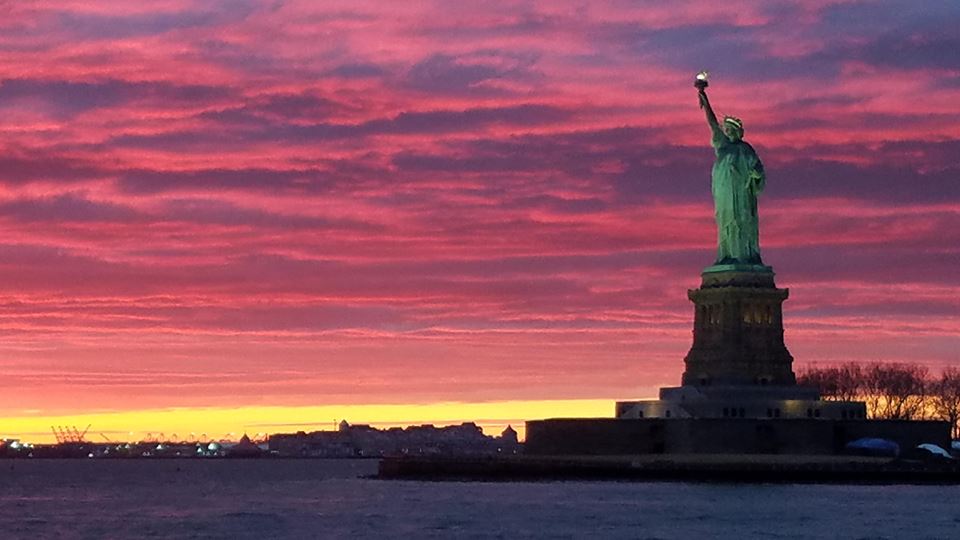 She was Eiffel’s first artistic endeavor before his famed tower.

“When you’re inside looking up into the structure, you’re actually looking up into the first artistic endeavor” by Gustave Eiffel, says Mitchell. The engineer who built the statue’s framework had been a maker of bridges prior to that date, and “considered the statue an ugly cladding on his beautiful invention. Soon after that was finished he went ahead and proposed the Eiffel Tower.”

Ironically enough, the statue of a woman holding aloft a torch was infuriating to many women. Suffragists protested Lady Liberty on opening day. “They were still fighting for the right to vote, yet there was this figure of a woman representing liberty out in the harbor.” Women had to wait another 34 years to acquire that right.

Edison wanted to put a huge phonograph in the statue so that she could speak. “He wanted her to be able to give speeches that could be heard [in northernmost] Manhattan,” says Mitchell. “Luckily he didn’t do it because it would have been creepy.” (Someone please tell Bill Murray.)