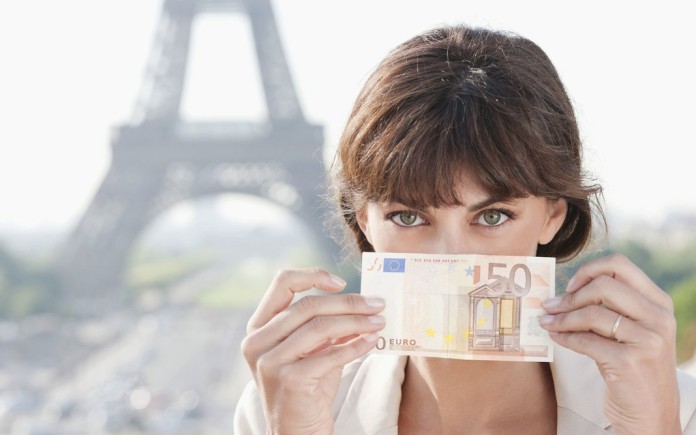 These next-level hacks are easier (and less stressful!) than putting your home on Airbnb.

Think the cost of travelling has become prohibitive? Think again. These days, you can actually make up some of that cost while you’re on the road—without going out of your way to do so. Just follow these travel tweaks to take your trip from wallet-busting to money-making.

What you’re doing: Parking your car at the airport.

What you should be doing: Letting someone rent your car—straight from the airport parking lot.

Multiple services now let you rent out your car rather than letting it sit in the airport parking lot unused. The best two are FlightCar and Turo (formerly RelayRides). Both offer $1 million of insurance coverage for your car if rented, and will cover the cost of airport parking, which will save you a good $100 for a week-long trip, regardless of whether you car is used by another driver. With Turo, you can make up to $450 per month while leaving your car in your own driveway or at the company’s parking lots; choose the latter and their valet service will take you to the airport. (So far, that service is only available in San Francisco and Los Angeles.) FlightCar will also compensate you depending on the make and model of your car—the average user makes $130 on a five-day trip, between the saved parking costs and rental earnings.

What you’re doing: Documenting your adventures.

What you should be doing: Turning your travel videos into revenue generating content.

If you, like so many other travelers, forget all about those fabulous travel videos as soon as you return home, it’s time to shake up your habits. GoPro has just launched a new awards platform for footage shot on their action cameras—and they’re giving out up to $5 million annually in prizes. Send in your best work here, and you’ll get $500 for photos, $1,000 for raw video clips, or $5,000 for editing videos that impress GoPro’s jury. According to sources at GoPro, you can submit literally anything, and some participants have won multiple times—earning up to $10,000 in a single month.

What’s more, GoPro will make your footage available to ad agencies, TV and film producers, and other sources, should they want to purchase and use your content for future projects or campaigns. Talk about long-term potential.

What you’re doing: Heading on a road trip.

What you should be doing: Embracing a few paid stops along the way.

If you know you’re driving from Point A to Point B, why not make a few strategic stops along the way? The new app Roadie lets you become a courier of sorts, getting paid to deliver packages along your route. On recent searches, we found folks looking to send cookies from Alabama to Georgia (a $59 gig) or a puppy—yes, a puppy!—from New York to North Carolina (a $137 gig). Prices vary depending on the size of the object and length of its journey. Bonus: by acting as a courier, you can also use your mileage as a tax write-off.

For international travelers, there’s the French startup WorldCraze, a way to make money by delivering goods from your home country to someone at your destination (think: peanut butter to Australians).

What you’re doing: Exploring a city on foot.

What you should be doing: Cashing in your (walked) miles.

Assuming that you’re headed on either an urban or adventure trip, chances are you’ll be doing a lot of walking on your vacation. Put it to dual (or triple!) use by downloading two apps: Pact and Charity Miles.

Pact lets you decide how many days of the week you think you’ll reach 10,000 steps—meet your goal and you’ll make money from everyone else who failed to do so. (It also lets you profit off of eating your vegetables or logging your food, if you want to record all the fabulous trattorias and gelaterias you discover on your Roman holiday.) Met goals can cash out at a maximum rate of $5 a week—not much, but easy money.

Add to that by also running Charity Miles, and app that pays 25 cents to the charity of your choice for every mile you walk. That means a week of exploring London on foot could easily cash $15 to Habitat for Humanity, the World Wildlife Fund, or dozens of other causes. (Just be careful: the app does require data use.)

ABOUT US
Living Nomads celebrates and is inspired by explorers and their passion for travel, curiosity about the world and unique points of view. Travel is eye-opening. Curious. Daring. Fun. We are here to help you travel better, cheaper & longer! Discover the art of traveling anywhere you want.
Contact us: [email protected]mads.com
FOLLOW US
© Copyright 2022 – Living + Nomads™. All rights reserved.