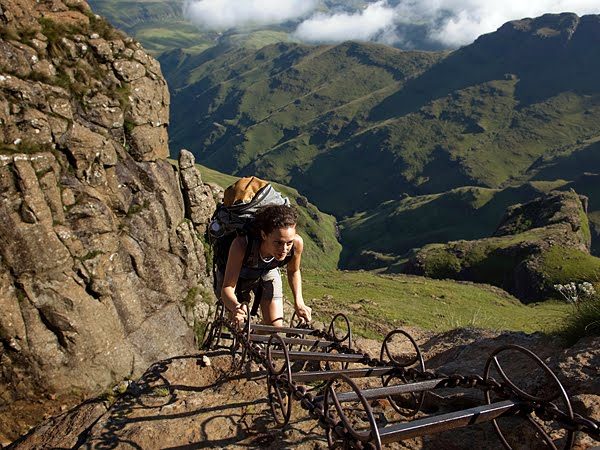 A truly great trail winds into the essence of a place, so when assembling this list of the world’s great hikes we kept an eye on more than the footpath. We looked for walks that travel deeper into a location’s history and culture. Sure, there’s outdoor adventure on each of these 20 hikes, but the trails also tell a rich story. So here they are, the holy grails of trails across the world. – Doug Schnitzspahn

Best For: Yogis and others seeking spiritual enlightenment

Legendary mountaineer Reinhold Messner was once awarded a permit to climb Kailash, considered sacred to five religions. According to Hindus, the perfect pyramid of the 22,028-foot peak is where the god Shiva sits in meditation. The mountain is also a holy place to Buddhists, Jains, the Ayyavazhi branch of Hinduism, and the ancient Bon religion of Tibet. Messner decided not to deconsecrate the summit, which has never been attained by human beings. When a Spanish team planned to climb it in 2001, Messner suggested that they go find a more difficult summit. It remains unclimbed, although in recent years the Chinese government has begun to build a road on the sacred pilgrimage path, known as the kora.

While the mountain itself is forbidden, traversing 32 miles around it is an important ritual. All this religious significance means that while Kailash is not a place for mountaineers, it does draw crowds of pilgrims seeking its powerful good grace. It’s also a first-class Himalaya trek encompassing meditation sites at waterfalls, the sacred cave of Zuthal Puk, and 18,600-foot Dolma La Pass.

When to Go: April through September. Numerous companies offer tours that deal with the logistics of getting into Tibet and driving to the base of Mount Kailash, which can be crowded with pilgrims.

Insider Tip: After you complete the kora, take a dip in nearby Lake Manasarovar. At 15,060 feet, it’s one of the highest lakes on the planet. According to Hindus, the waters purify bathers, and ablutions here complete the Kailash pilgrimage.