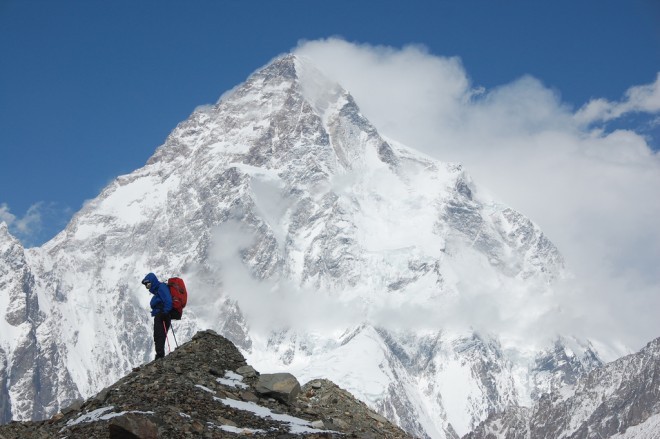 It’s not just height that makes a mountain mean. Different routes can make one side of a mountain a cinch and the other side nearly impossible. The weather can turn a technically easy climb into a deadly expedition.

But whatever the weather, many aspire to tackle the world’s hardest mountains to climb. Here’s our ranking of the 11 trickiest ascents. Glorious and gruelling, gorgeous and grim – these peaks are as dangerous as they are awe-inspiring.

It may not be that tall compared to peaks in the Himalayas, and typical routes aren’t that technically challenging. Plus, its position on the border of Italy and France makes it all the more convenient. What better way to follow up your Eiffel Tower selfie than with a snap of you atop Europe’s highest peak?

This sort of heady logic brings many tourists to Mont Blanc every year, and maybe that’s why Mont Blanc has killed more people than any other mountain. Some 8000 have perished on this scenic European climb, most of them novices. Be responsible and be prepared if you’re planning to climb Mont Blanc, its power shouldn’t be taken lightly. 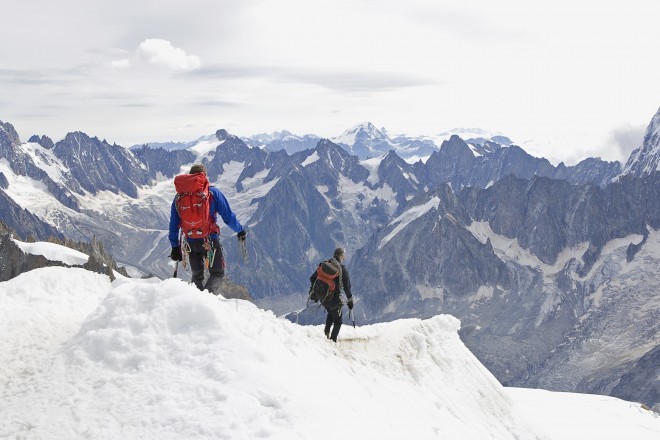 Fabled Vinson was first glimpsed by human eyes in 1958. Since then, only some 1400 have reached the summit. Weather poses the greatest threat here: it has some of the coldest temperatures on the planet and winds that can easily surpass 80 kilometres per hour.

The simple fact that it could takes weeks to get to a proper hospital in an emergency makes this a remarkably dangerous excursion. Furthermore, getting to Antarctica is going to cost you – a lot. Be prepared to dish out between $34,000–US $82,000 for your trip.

An icon of the Alps, the pyramidal peak of the Matterhorn is successfully ascended by hundreds of climbers every year. However, this is no reason to assume it an easy climb.

The mountain has claimed more than 500 lives since 1865, and still takes a few more each year. Falling rocks have always posed a threat, but the crowds scrambling towards the peak every day during summer in Switzerland have created new challenges for climbers to conquer, and new reasons to take on the more demanding conditions of winter. 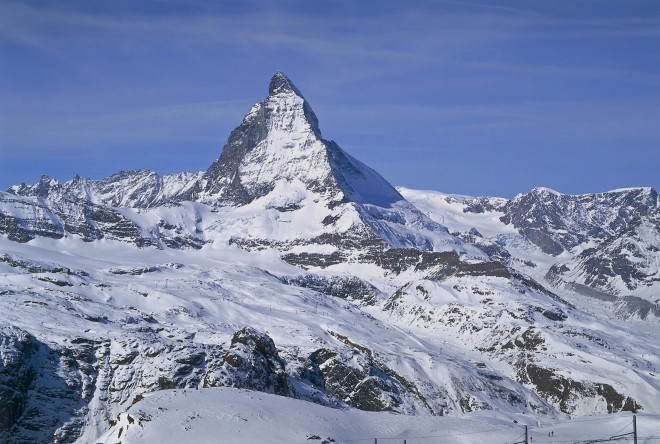 Cerro Torre has long captivated the hopes and hearts of climbers, a jagged spire jutting out of the Patagonian Ice Field’s mountains.

Notoriously sheer with a peak guarded by a hazardous layer of rime ice formed by battering winds, it does not offer itself up easily. Climbers must be prepared to tunnel through the ice and deal with vertical and even overhanging sections. 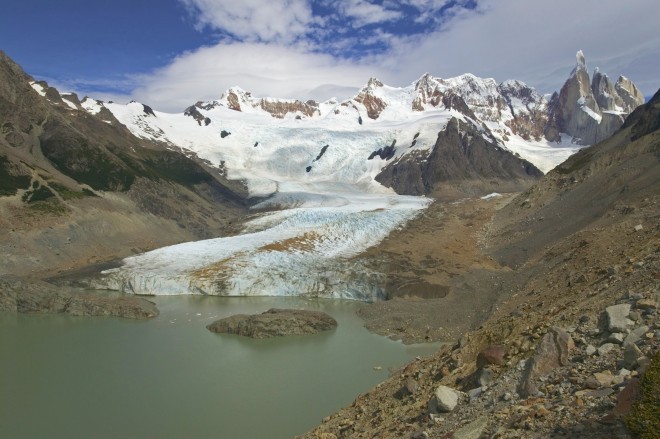 The difficulty of the Eiger’s north face has earned it a disturbing nickname: Murder Wall. Requiring an technical skill and ice axe finesse, the sharp overhang, 1800m face and ever-increasing threat of falling ice and rock (a result of global warming) has killed at least 64 climbers trying to follow up the first successful ascent in 1938.

The altitude, awful weather, relative isolation and punishing temperatures all pose a serious threat to those who attempt to summit North America’s tallest mountain, previously known as Mount McKinley. Further, its high degree of latitude means that atmosphere and oxygen are spread thin.

Despite the having only a 50% success rate, Denali never fails to tempt climbers to ascend. Perhaps the words of one of the first climbers to summit have something to do with the far-flung Alaskan allure: “The view from the top of Mount McKinley is like looking out the windows of Heaven”. 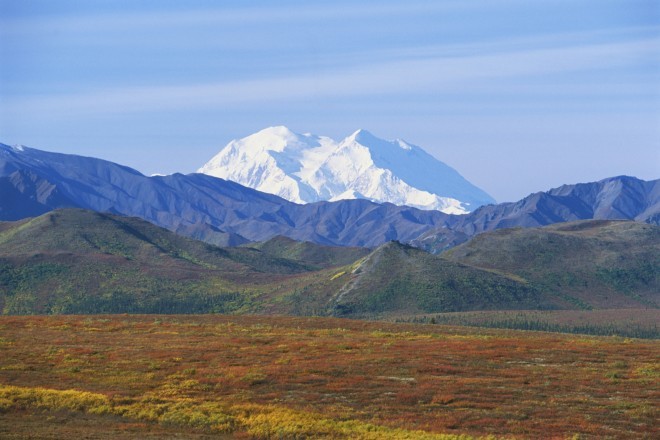 Surprised to see the world’s tallest mountain in the middle of our list? Make no mistake, Everest is still a difficult climb. Weather and altitudes can still be deadly, and avalanches have claimed dozens of lives in recent years.

But its glory has faded somewhat with the mountain’s commercialisation: while once it was a feat not many travellers could claim to have achieved, today’s services enable climbers hire local porters to lug their packs, employ chefs to prepare food, and even have a personal medic in case of injury to follow you as far as Base Camp.

However, the crowds that Everest attracts today have become an unfortunate danger in itself. If you do invest in a climb during the more accessible peak season, prepare to join a traffic-jam like queue of hundreds of climbers waiting their turn to summit. 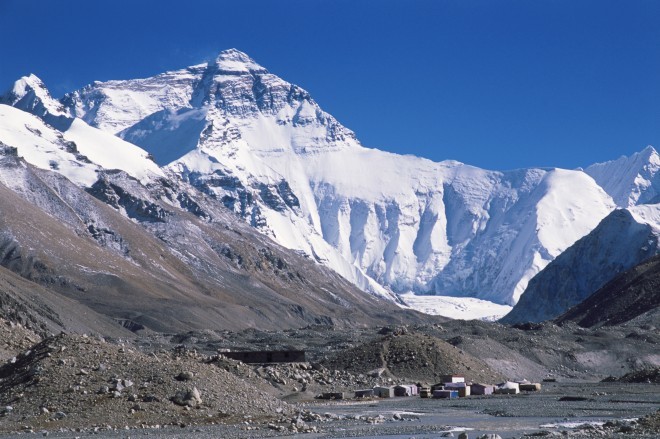 Commonly called “The Ogre”, towering Baintha Brakk has only been summited three times. Immense in scale, intricate in shape and harrowing in incline, this mountain is both the blight and desire of mountaineering’s most hardcore enthusiasts. From the start, any bold attempt at this mountain is a veritable struggle for survival.

While climbing death rates are generally decreasing, Kangchenjunga stands as an unfortunate exception to the rule, taking more lives as time goes on. It seems fitting that the mountain is regarded as the home of a rakshasa (or man-eating demon). Only 187 have ever reached the top, though out of respect for the mountain’s immense religious significance among the region’s Buddhists, climbers have always stopped short of the summit.

Though plenty of peaks in the Himalaya could contest for second on our list, K2’s technical difficulty is legendary. It’s also the second tallest mountain in the world.

In an infamous section called the “Bottleneck”, climbers traverse a towering overhang of precarious glacial ice and massive, sometimes unstable, seracs. It’s the fastest route to the top, minimizing time climbing above K2’s “death zone”: the 8000m altitude above which human life can only briefly be sustained. But too often these seracs come tumbling down, taking climbers to plummet with them.

By no means should a mountain’s height ever be confused with its technical difficulty. Annapurna, the tenth highest peak in the world, is deadly proof. With a near 40% summit fatality rate, a mountaineer is more likely to die here than on any other 8000m climb.

Threat of storms and avalanches loom over the mountain’s hulking glacial architecture. The south face, in particular, is widely considered the most dangerous climb on Earth. 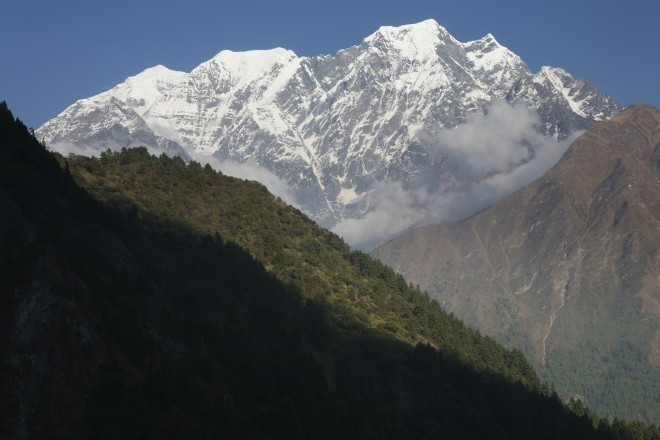