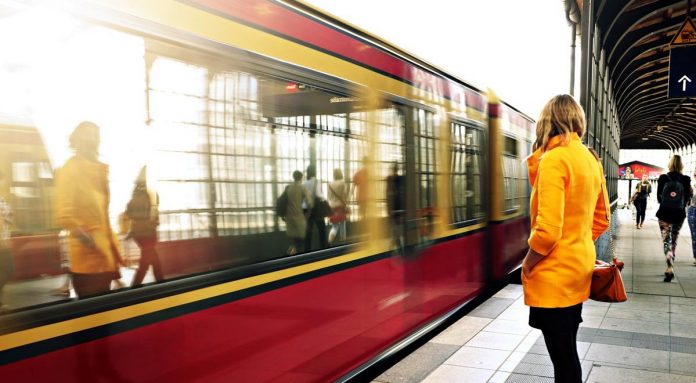 Berlin has two main airports: Schoenefeld Airport (SXF) and Tegel Airport (TXL). You have plenty of options for getting from the airport to the city center, such as taking the Airport Express, S-Bahn train, Shuttle bus or taxi.

In both airports there is a place to relax if you have to transit for a long time or waiting time for the flight is too long, it’s a zone located on the second floor where you can watch the planes take off and landing. The entrance fee is € 2 for adults and € 1 for children.

Getting from Schoenefeld airport to city center

By Airport Express: Schoenefeld Airport, formerly the main airport of East Berlin, is 18km from the center, now an auxiliary airport mainly for low-cost airlines such as Ryan Air, EasyJet. Airport Express is the regional train of DB Bahn that takes you from the station at Flughafen Berlin-Schoenefeld airport to the city on Line RE 7 or RB 14, stopping at some stations such as Berlin Ostbahnhof, Alexanderplatz, Friedrichstrasse, Central Station and Zoologischer Garten. The price of the Airport Express is only € 3.50 while taking a taxi can be up to € 40, this is the best way to getting to the city. If you want to go to Schoenfeld station of the airport to take Airport Express line, you get out of the arrival hall where the taxis stand, look to the left to see a covered walking path to the train station, follow this road to reach the station.

By bus: If travel by bus, you take bus X7 to U Rudow station and take bus 171 to U Hermannplatz station, this is the last station of U-bahn’s Line U7. If you go at night you catch N7 Night bus running from the airport to U Rudow.

Getting from Tegel Airport to city center

By Airport Express: This airport is closer to the center and is the main airport of major airlines such as Lufthansa, Air France/KLM, British Airways, Iberia, Qatar Airways. From Tegel airport, you just need to catch Airport Express train to the city very quickly, passing places like Zoologischer Garten (Charlottenburg), Hauptbahnhof (Mitte) or Alexanderplatz, much more convenient than getting from Schoenefeld airport.

By bus: If you take the bus, the ticket price is € 2.40 / way, the bus parked at the gates of Terminal A, B. There are many types of buses running to the city center, depending on which area you stay to choose the appropriate bus. Usually the bus will go to a Metro station and from there you will take Metro to go to the destination you want but the bus does not run directly into the city center.

By taxi: If you take a taxi, it is cheaper than going from Schoenefeld airport, the price ranges from € 20 – € 25.

Getting to Berlin by train

Berlin’s central station is the Berlin Hauptbahnhof (Centre Station) and is also an arrival station if you are traveling from other cities in Europe. It’s located right in the city center, so from this station you can easily go to other destinations by S-Bahn train, or take the U-Bahn train with Line U55 running through it. This line is also the train line to Brandenburg Gate, which just a short distance from the central station.

The public transport system in Berlin is among the most modern and comfortable in the world, its coverage throughout the city, dense. Public transport in the city includes the U-Bahn, Bus, Tram and public ferry, operated by BVG, while the S-Bahn belong to Deutsche Bahn.

The U-Bahn is a subway system (metro system) and the S-Bahn operates on the ground. Both types of trains are convenient, there are some points you can leave U-Bahn station to go to the nearby S-Bahn station to take the train to get to your destination. In U-Bahn train stations without a ticket checker, you just go to buy tickets at the ticket vending machines, validate your tickets at the machines and get on the train. Do not intend to evade tickets because unfortunately discovered you will be fined EUR 60. For bus and tram you can buy tickets directly from the driver, the ticket will be printed and not used electronic ticket.

Berlin is divided into three main zones, A, B and C (see map below), which are convenient for regional classification and public transport management. The U-Bahn train mainly serves in zone A and B centers, while the S-Bahn serves all 3 A, B, C zones includes Schoenefeld airport. Actually traveling in Berlin you only have to pay attention to zones A and B, only to go to the airport you have to go to Zone C.

Fares depend on which zone you want to go, and the type of single or daily ticket. Normally, U-Bahn and S-Bahn trains will stop operating at 1AM, but there are still buses running from night till the next morning. On weekends all U-Bahn trains (except Line U4) will run all night (every 15 minutes / trip), while S-Bahn also runs 24/24 but at different times.

Tickets and Passes (Cards) for traveling in Berlin

To get around the city you can buy the Berlin WelcomeCard which can be used for all kinds of vehicles such as Berlin’s S-Bahn, U-Bahn, buses, trams, ferries with unlimited traveling. In addition, this card is also quite discounted when you use to buy tickets to museums and attractions. If you stay short and only go to a certain number of points, you can buy regional ticket.

For single ticket to traveling in zone AB or also known as Long-trip ticket, the price is € 2.70 / one-way but it will save € 1.80 if you buy a 4-trip ticket (only effective in zone AB and during 2 hours, unlimited number of train changes). If you want to travel a lot, you should buy Day ticket for € 6.90 valid until 3am the next morning, or Seven-Day (7-day) ticket for € 29.50 for 7 consecutive days. If traveling in groups of 2 to 5 people considering buying Small Group ticket for € 17.30 is also valid until 3am the next morning.

In addition to single ticket, there is another ticket type, the Short-trip ticket that can travel no more than 3 U-Bahn or S-Bahn stations – the number of train changes, or 6 tram / bus stops, priced at € 1.70 / trip and 4-trip ticket (4 trip package) is € 5.60. Please note that this ticket cannot be used for regional trains. And the price of single ticket for traveling in zone A or C is € 1.60.

Like the Tourist Card in major European cities, Berlin CityTourCard allows you to travel all kinds of public transport in the city. Price for each type card for traveling in Zone AB: 48 hours: € 17.40; 72 hours: € 24.50; 5-day: € 31.90. This card can be purchased at automatic ticket booths or tourist information counters, train stations, .. when buying also comes with a map of downtown area.

How to buy tickets cheap?

Before buying tickets, consider whether your journey is long or short to buy long-trip or short-trip ticket. Plan in advance for every day itinerary of travel in Berlin, determine which day to go to the airport, which day to travel in zones, traveling a lot or a little to buy tickets for savings. Traveling a little bit then buy single ticket or 4-trip ticket (4 trip package), while traveling a lot then you can buy day ticket.

If traveling in a large group of 3-5 people, you should buy a Small Group ticket with a total amount of only € 17.30, remember that this ticket will not be split and you have to identify the person who will buys this ticket, only this person can use it.

Price list of all types of public transport tickets in Berlin

Passes, Travel cards in Berlin can also be used to take the ferry, boat , usually ferries on Lake Wannsee with beautiful scenery on both sides. Take a S-Bahn train to Wannsee station and take a ferry to Kradow, where there are quite a lot of walking streets with great shops and beer gardens. Ferry run every 1 hour and takes about 20 minutes to get to Kradow.

Berlin public transport guide: Find out How to get around in Berlin and how to travel around Berlin?

S-Bahn: In the center of the city you just looking for the S-Bahn Line S5, S7 or S75 because these lines run from East Berlin to West Berlin, going through many famous places in the center like Berlin Hauptbahnhof Central Station, Jannowitzbrücke, Alexanderplatz square, Hackescher Markt shopping area, Friedrichstraße (Frederick Street), Hauptbahnhof, Bellevue Palace, Tiergarten Park, Zoologischer Garten, Savignyplatz and Charlottenburg Palace. There are also lines S1, S2, S25 running along the North – South direction of the city from Gesundbrunnen passing Friedrichstraße and Potsdamer Platz to Südkreuz or Schöneberg.

U-Bahn: You can use the Journey planner utility of BVG to determine your destinations in fastest and most accurate way. There are 10 lines of U-bahn covering most of the city, plus bus and tram help connecting the remaining points. 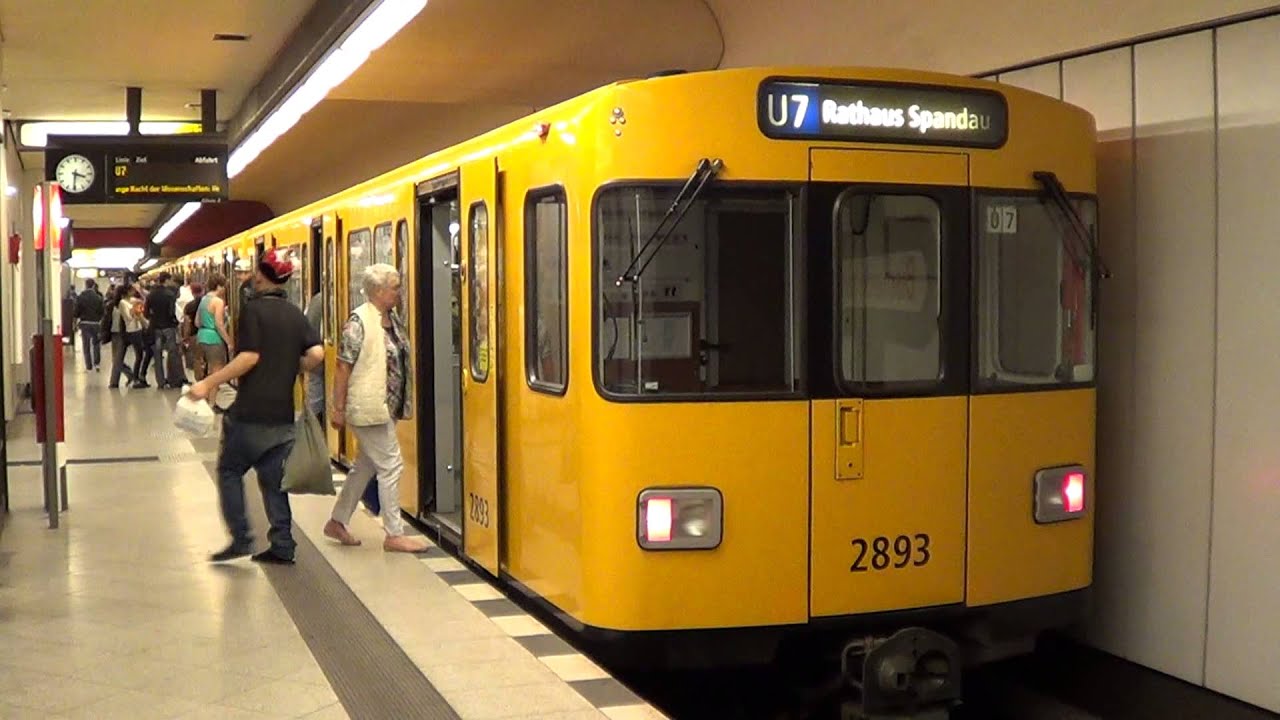 Regional train: Running same as the S-Bahn routes in central zones, but only stops at Lichtenberg or Karlshorst, Ostbahnhof, Alexanderplatz Square, Friedrichstraße, Hauptbahnhof, Zoologischer Garten, Charlottenburg and Spandau. For the North and South direction, the vertical axis of Jungfernheide or Gesundbrunnen via Hauptbahnhof, Potsdamer Platz. The long journeys most often run through the Hauptbahnhof central station with 1 or 2 stops.

Bus: In Berlin there is a bus route that can take you around the city, which is the bus No. 100, the first bus since the unification of Germany to connect between East and West Berlin. This route starts from Alexanderplatz passing points such as Museum Island, Reichstag, Brandenburg Gate, Tiergarten, Victory Tower and the Kurfürstendamm shopping street to finally stop at the zoo. If traveling by train, there is also a city sightseeing tour, the S-Bahn route connecting the two stations of Zoologischer Garten and Alexanderplatz.

In addition to bus No. 100, bus No. 200 is also a good option for exploring the city cheaply, this bus goes through Zoologischer Garten, Breitscheidplatz, Philharmonic Hall, Potsdamer Platz, Berlin Cathedral, TV Tower, Alexanderplatz, Volkspark Friedrichshain and finish at Prenzlauer Berg.

There also are hop-on hop-off sightseeing buses, you can refer to below.

Some best day tours, trips, activities and transfer services, tickets in, from and to Berlin you can refer to 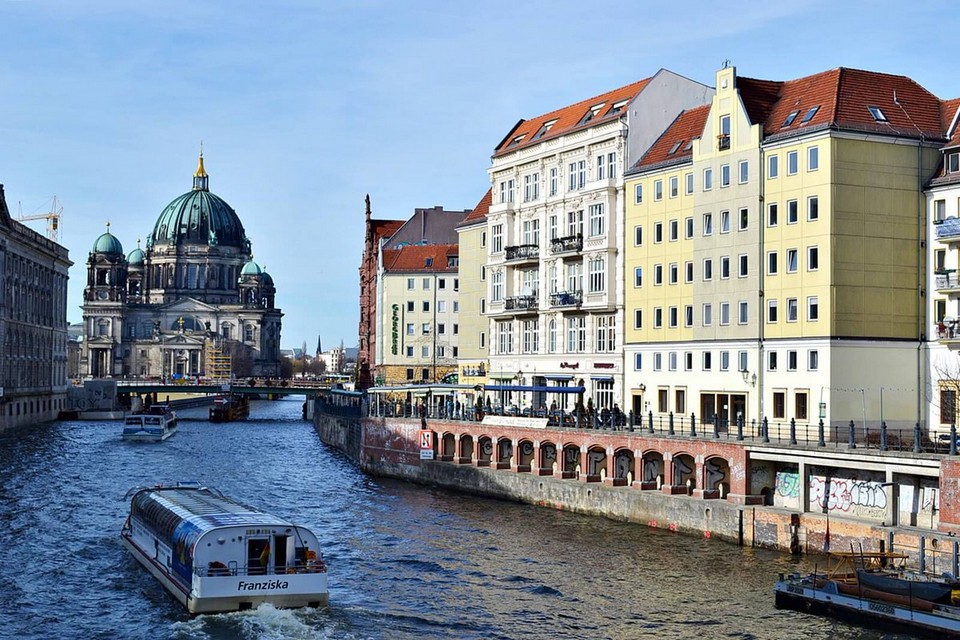 Are you looking for more top things to do in Berlin: Tours, activities, attractions and other things? Berlin travel blog — The fullest Berlin travel guide blog for a great budget trip to Berlin for the first-timers.