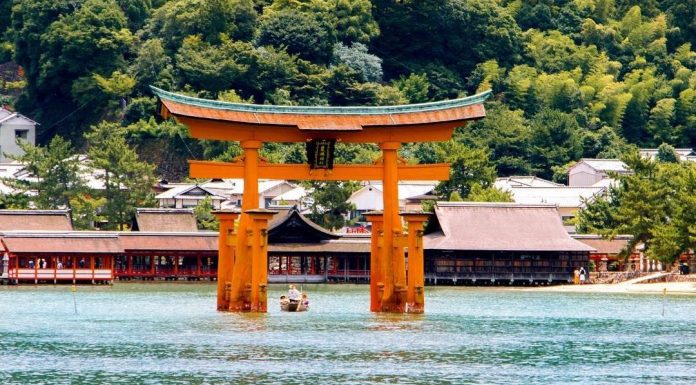 Hiroshima is dubbed the “Paradise of tourism reborn from ruins”. Referring to Japan, people think of resilient. The country was not favored by nature, and suffered heavy losses from the war but still revived strongly. Hiroshima, one of the two disaster-stricken cities of the atomic bomb, proved to the whole world that nothing can knock down Japanese people. From a ruined city, today, Hiroshima has recovered and become one of the leading economic and tourist centers in the land of the rising sun. So, is Hiroshima worth visiting? Let’s discover one of the most visited destinations in Japan through our Hiroshima travel blog (Hiroshima blog) with the fullest Hiroshima travel guide (Hiroshima city guide, Hiroshima visitors guide) for a wonderful trip to Hiroshima on a budget for the first time & suggested Hiroshima itinerary for 2 days for the first time… to find out the answer!

Hiroshima is the capital of Hiroshima Prefecture, the largest city of the Chugoku Region in the west of Honshu Island. Hiroshima was recognized as a city on April 1, 1889. It is currently a national city. The city is located on a large delta of Ota River with 6 canals dividing the city into 6 islands jutting out of Hiroshima Bay. The terrain of the city is completely plain.

Hiroshima travel guide: When is the best time to visit?

Although Hiroshima is a prosperous and bustling city, but it has rich and beautiful natural landscapes. Surrounding the city are majestic mountains, with 6 rivers running across the city. The climate is also divided into 4 distinct seasons.

The best time to go to Hiroshima is in the fall (from October to December). Many people like to come here in the spring to see cherry blossoms but miss the beautiful scenery of this place in the fall. In Autumn, the weather is cool, not too cold, not too hot as in summer, very suitable for sightseeing. Besides, this time is the time when the trees change leaves, and the green leaves are gradually turning to yellow and red, creating a romantic landscape.

Especially, visitors often choose to visit Hiroshima in October because this month there are many great festivals held here such as Shirakami-san Autumn Festival, Ritual Fire-walking at Daigan-ji Temple, Fire walking ritual at Daishoin Temple, Momiji Maple Viewing Tea Ceremony… It is also an opportunity for visitors to visit and discover some Japanese traditions. If in spring you will see cherry blossoms, then autumn is also an opportunity for visitors to see the famous red maple trees of Japan. 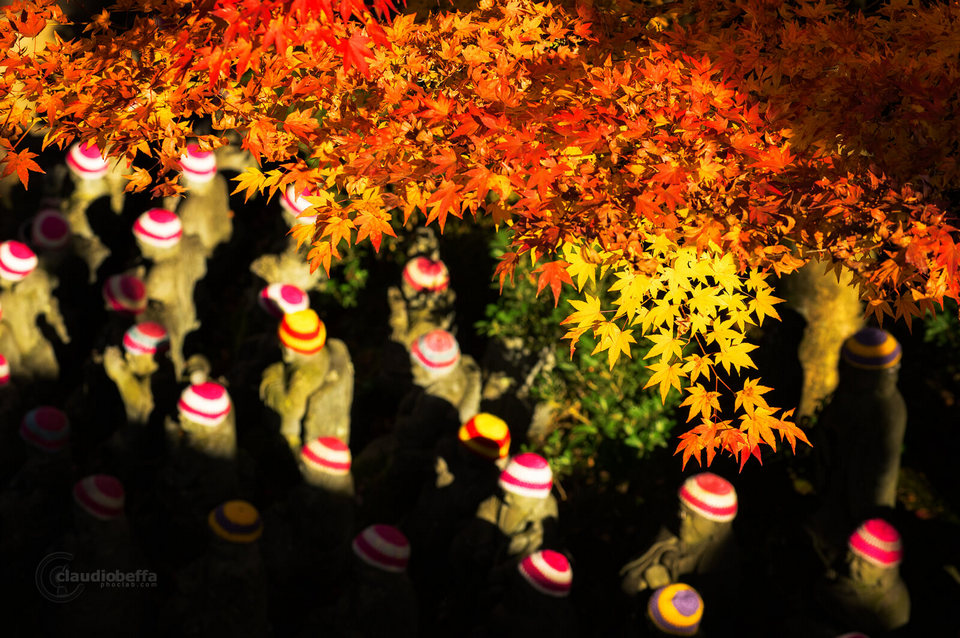 Spring weather is not predictable because there may be rain or sudden fog but the weather is quite cool no matter wherever you go. If you like to see cherry blossoms, consider visiting in the spring. August is extremely hot and tourist places are often crowded. In June, it rained heavily, and in September, there was often some big storms hitting the Hiroshima area.

Although summer (from June to August) can be hot but it is also a good time to come here. Hiroshima also has some beautiful beaches and summer is a great opportunity to swim. If you don’t like crowds, winter (from December to February) is the right time for you although it’s very cold. Some big festivals and holidays are often held in Hiroshima, especially cherry blossom festival in early April and Golden Week (late April and early May).

Hiroshima travel blog: How to get to Hiroshima?

Hiroshima International Airport is located 49 km from the city center. In addition to flights from major cities in Japan, the airport also receives flights from Seoul, Beijing, Shanghai, Bangkok, Dalian, Taipei and Guam Island. From Vietnam there is no direct flight to Hiroshima.

After arriving at Hiroshima airport, visitors should take a bus to getting to the city center. Buses are the most popular public transport in this city. Ticket prices ranging from 1.000 yen ($9.24) to 2.000 yen ($18.49) depending on your route.

In addition, we also found out a cheap airline firm, Spring Airlines Japan, can fly directly from Narita airport to Hiroshima airport: https://en.ch.com/, you can refer to booking airfares and fly with this airline, is reviewed pretty good. Of course, if you want to go faster and not worry too much about the cost, then Shinkansen is the best way, buying tickets in advance online also a few thousand yen cheaper.

Hiroshima blog: Getting around Hiroshima

To getting around Hiroshima, visitors can use the public bus. Most buses operate around the Chugoku region, which includes the buses of Geiyo and Chugoku company. The bus ticket prices range from 1.000 to 2000 yen, depending on the route you want to go. Most buses depart from Hiroshima bus center in Sogo shopping mall near Kamiya.

In addition, unlike other Japanese cities, Hiroshima does not have subway but only trams running along tracks along the streets, which is also quite convenient. Ticket prices are equal on all routes: 150 yen ($1.39), but it is best to buy a One-day Card to save money. With that ticket you can travel any route during the day, without limiting the number of moves. Buy it here.

Hiroshima station of Japan Rail Railway is located in the east of the city. You also can take the train to the towns in Hiroshima city.

Hiroshima visitor guide: Where to stay?

Below we recommend some best cheap, budget, mid-range and upscale hotels with good ratings and reviews in Hiroshima you can refer to.

You can find more, check rates, availability & book for Hiroshima hotels on Agoda.com or Booking.com or Airbnb.com.

Hiroshima city guide: Best places to visit and top things to do

Coming to Hiroshima, visitors cannot help but visit Hiroshima Peace Memorial Park. It is very famous and has become the image associated with this city, the Atomic Bomb Dome (Genbaku Dome, A-Bomb Dome) originally the Hiroshima Prefectural Industrial Promotion Hall in this park has become a must visit place of the city. It used to suffer the first atomic bomb at 8:15 am on August 16, 1945. Originally, it was an area of ​​industrial promotion of the Hiroshima region and designed by a Czech architect. The construction process was not completed until 1915. Today, although the city has grown, regaining its position after the war of devastating, the city government has decided not to rebuild the building and still keep its state remains after being bombed to remember those who died in the tragedy that people here have suffered in the past. UNESCO recognized this building as a world heritage site in 1996. 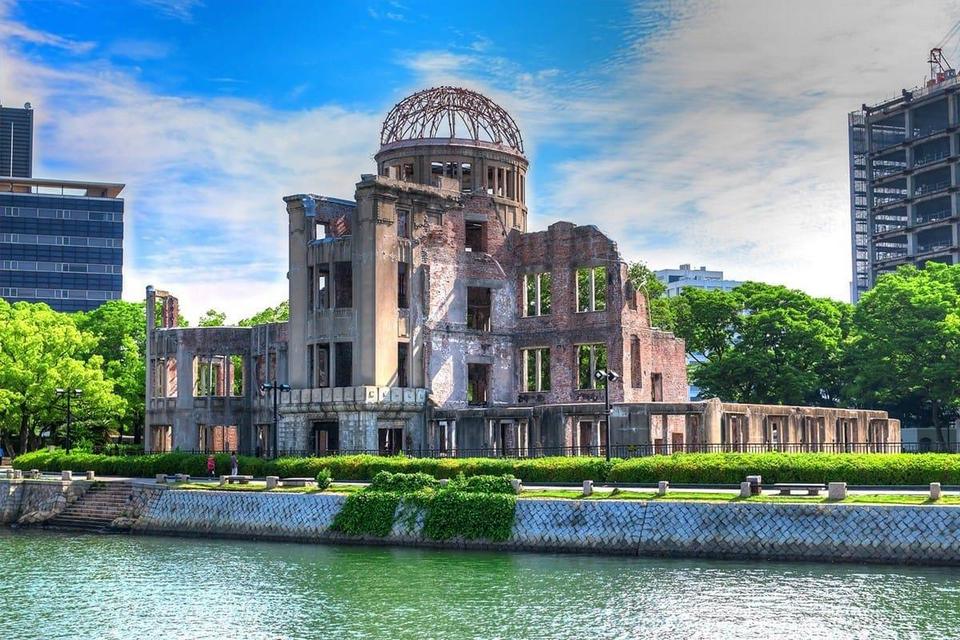 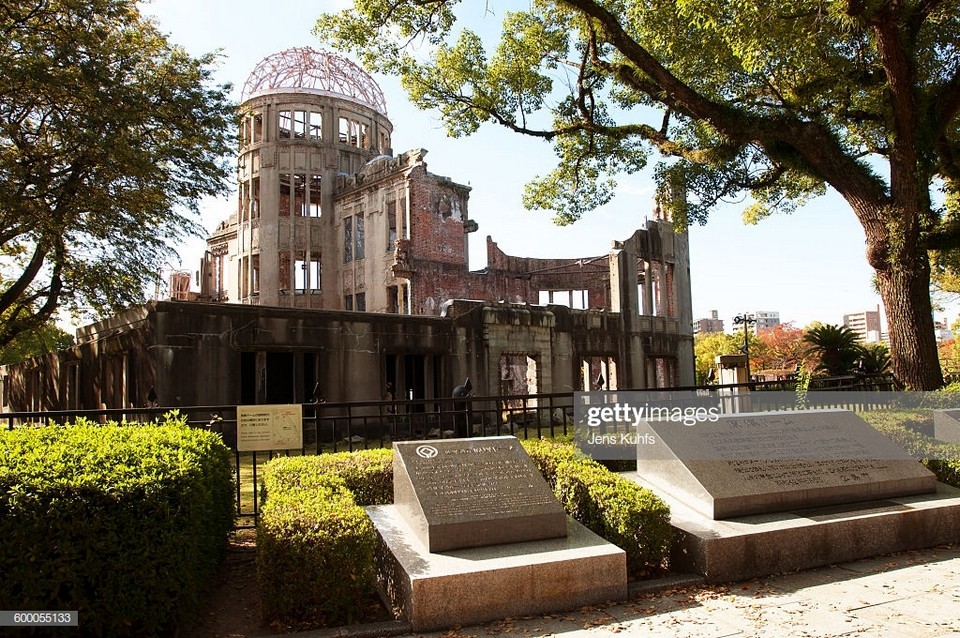 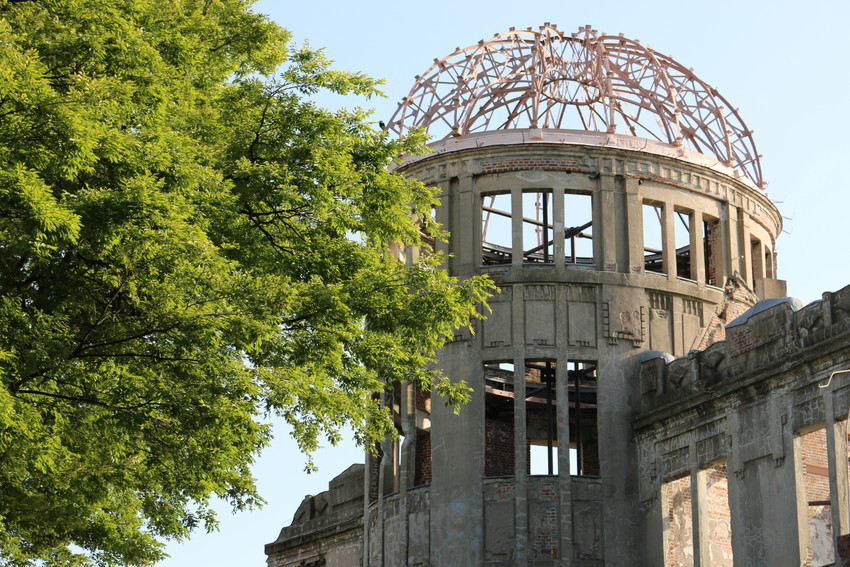 When you come here, you will hear the tour guides recounting the historic bombing of 1945 and admire the heritage, the artifacts at the park and also are exhibiting in the Hiroshima Peace Memorial Museum to to thereby helping you gain more knowledge about the heroic history of Hiroshima. On August 6 every year, people will attend the memorial ceremony, keeping the moment of silence at 8:15 am, in memory of the dead in the atomic bomb explosion. 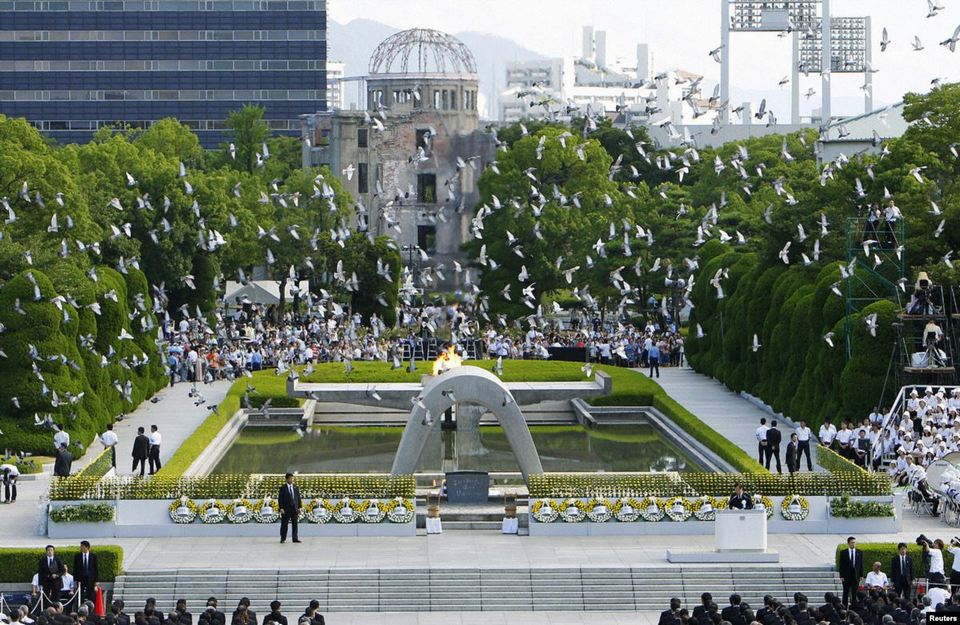 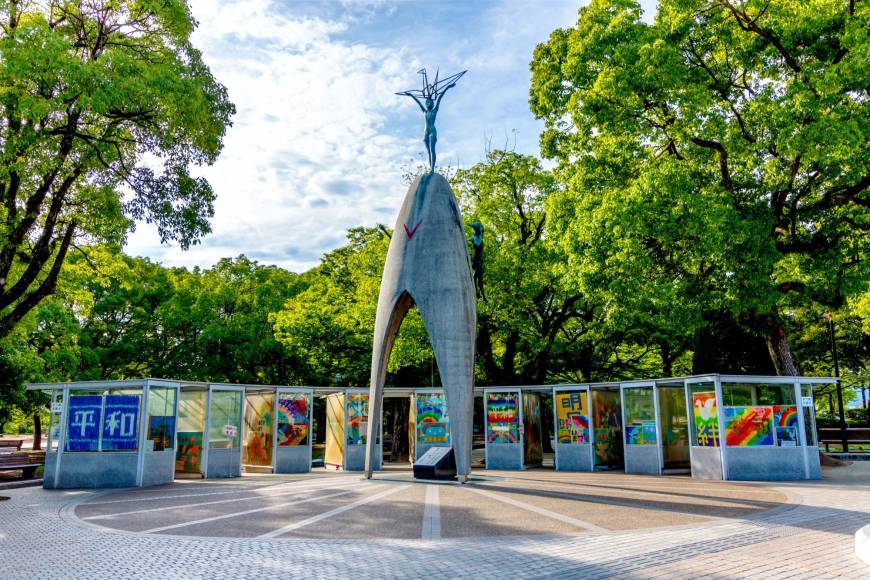 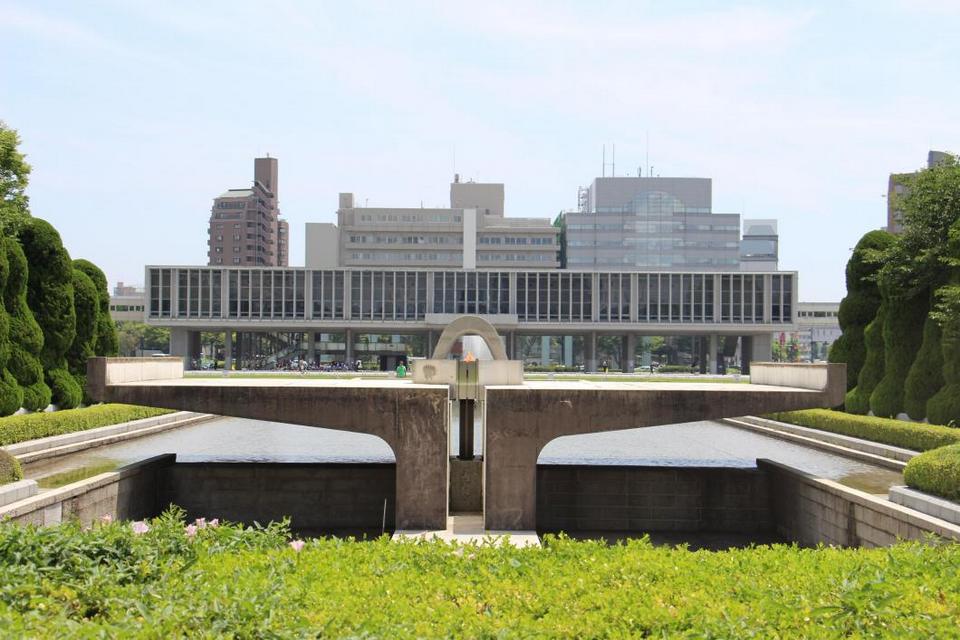 In addition to Atomic Bomb Dome, visitors can also visit the Hiroshima Peace Memorial Museum also located in the park. You will learn about the atomic bomb as well as its harm. It also exhibits many contrasting images of Hiroshima city before and after being dropped by atomic bomb. Especially, you will see the baby’s bicycle being melted and the remain after the devastation. On the first floor there are images of the city before being bombed. The second floor displays items related to that historic day. The rest of the museum displaying the city’s recovery and development days after the tragedy as well as talking about the state of nuclear weapons in the world today. 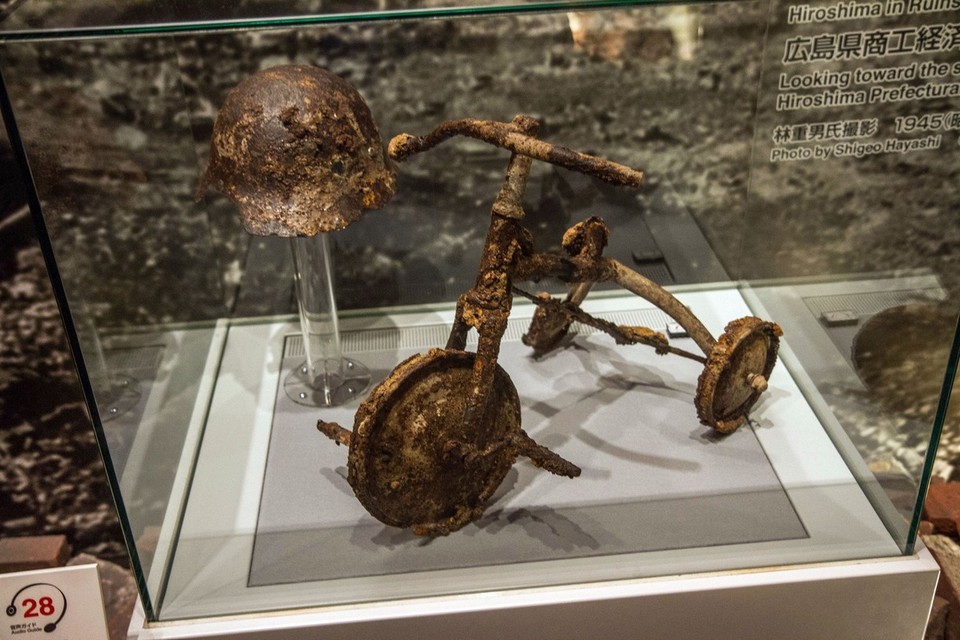 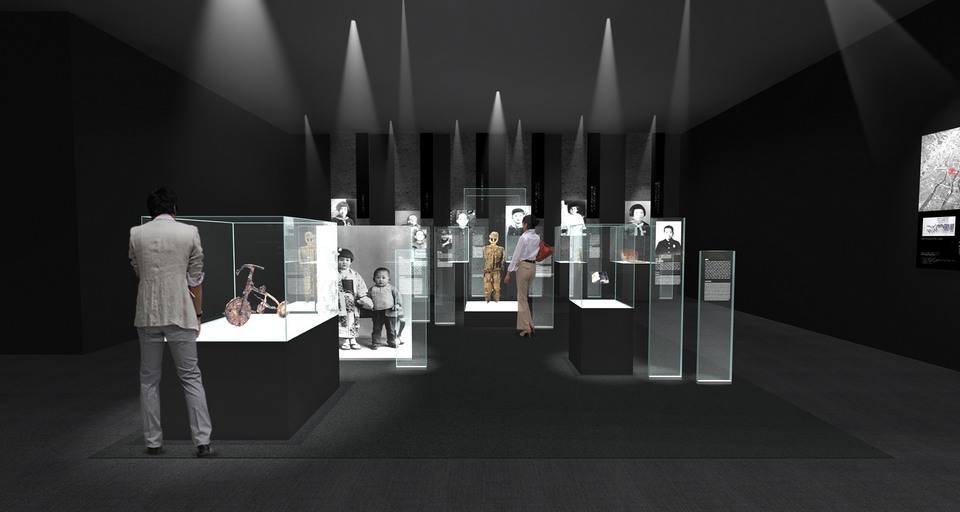 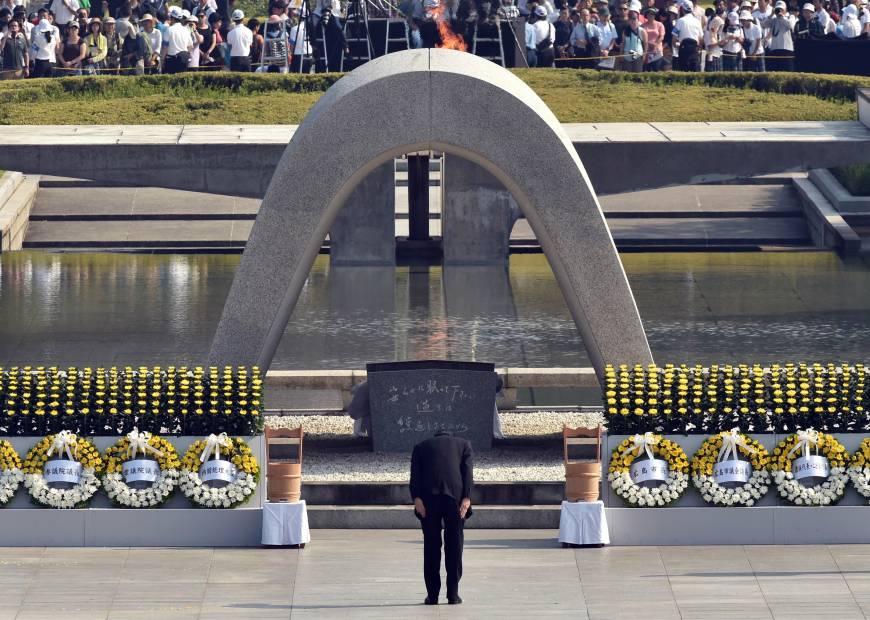 Next to the museum is a memorial to the victims of the historic bomb explosion. On the cenotaph, written all the names of those who died regardless of nationality. Beneath the dome is a fire that is said to never turn off until the last nuclear weapon on the planet disappears. There is also an inscription written in Japanese, which means “Rest In Peace, For The Error Shall Not Be Repeated”. 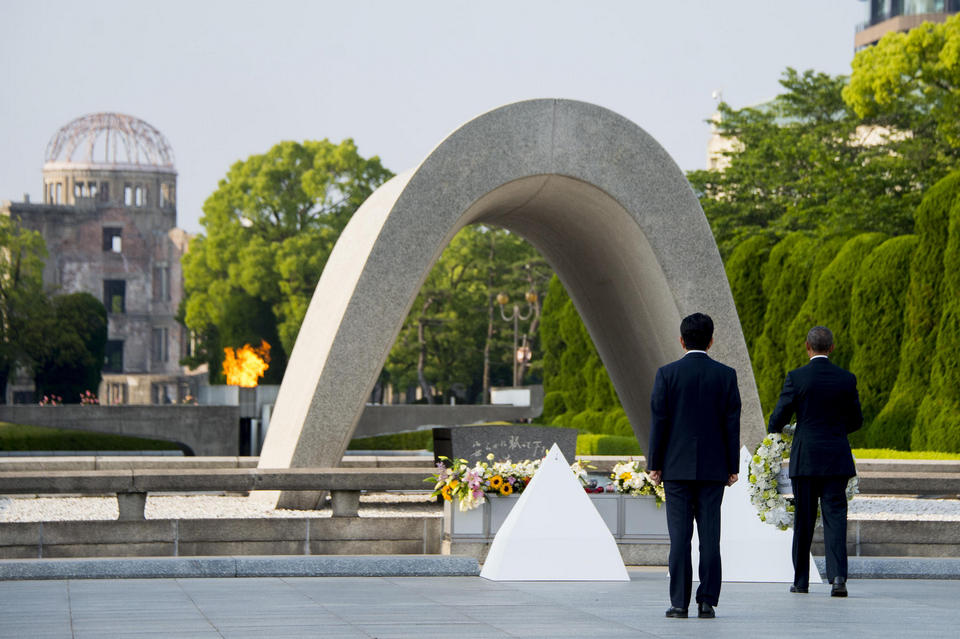 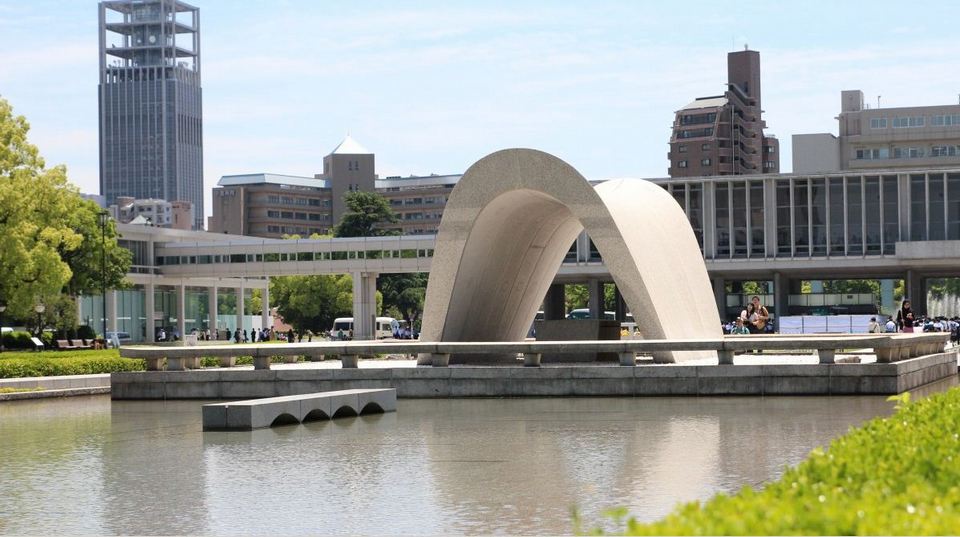 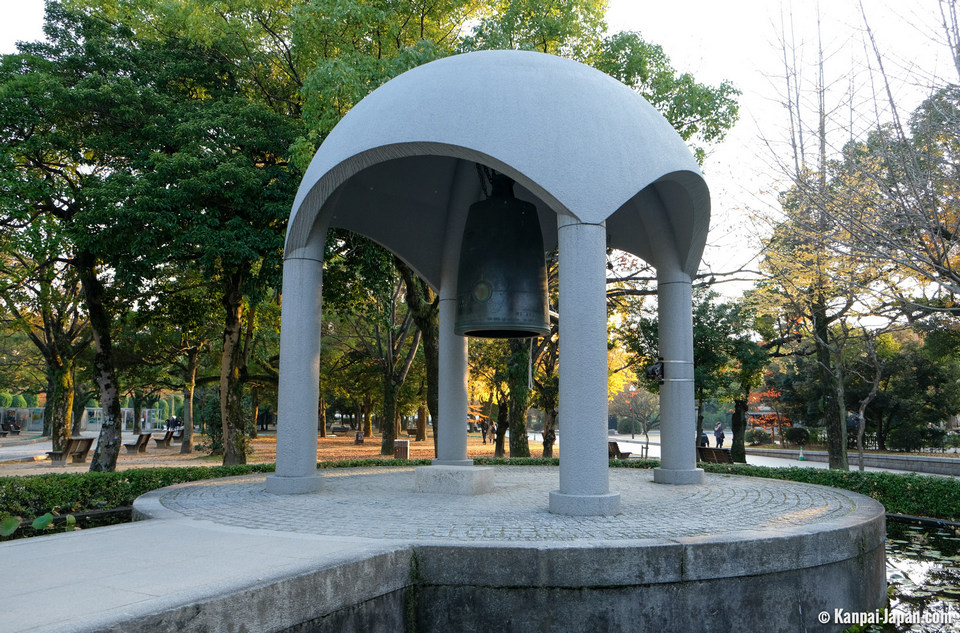 Located nearby is a peace bell tower. The bell has an engraved world map on the surface. A special feature is that there is absolutely no border between countries, to express the integrity and harmony of people all over the world. Everyone who came here is allowed to step toward and hit the bell without having to fear anything. 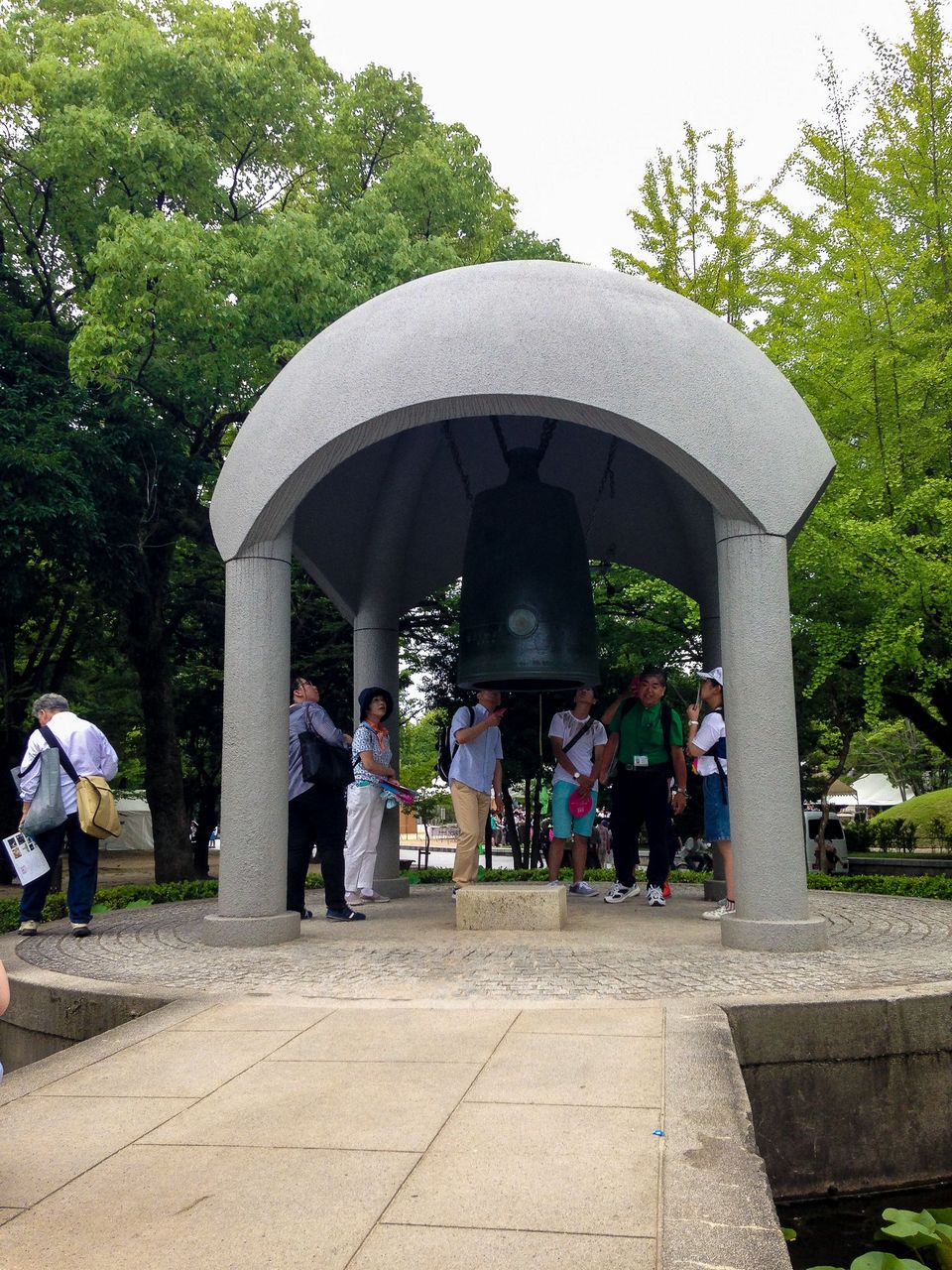 After visiting Hiroshima Peace Memorial Park, visitors can visit the Shukkeien garden. The beautiful scenery here will definitely make you feel relax and happy. Although this place is full of trees and trees, but everything here has turned this garden into another world. You will wandering on small winding paths, cross bridges across the ponds and will encounter beautiful artificial waterfalls, finally stopping to enjoy a cup of fragrant tea at the tea house located in the garden. In spring, this garden becomes even more beautiful. The cherry blossom trees will bloom, the scenery here is covered with pink color of cherry blossoms like welcome to the new year has come. In autumn, this place is covered with yellow and red of maple leaves, and winter all become sparkling by neon lights. Traveling to Hiroshima, you cannot miss the opportunity to visit this unique garden because you will never find a similar garden elsewhere. 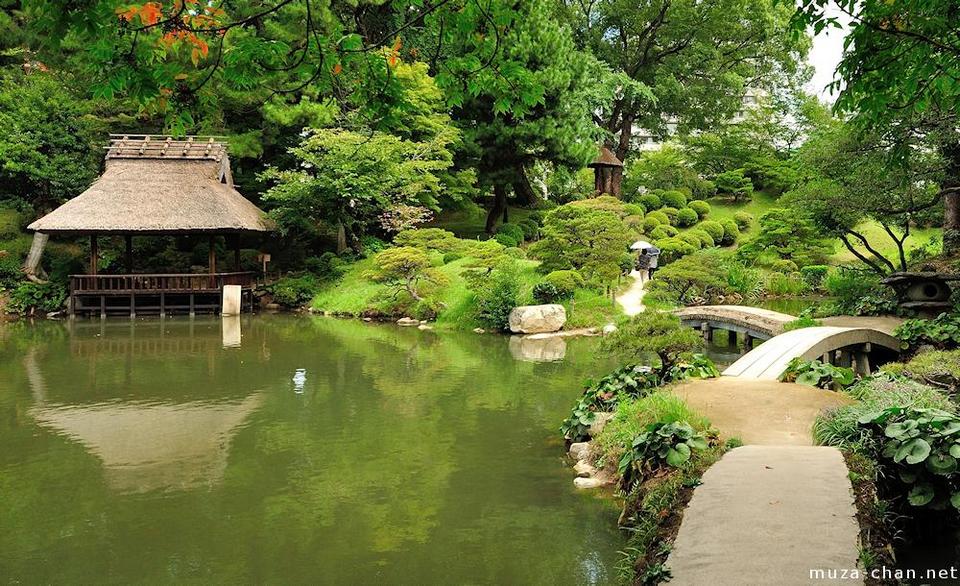 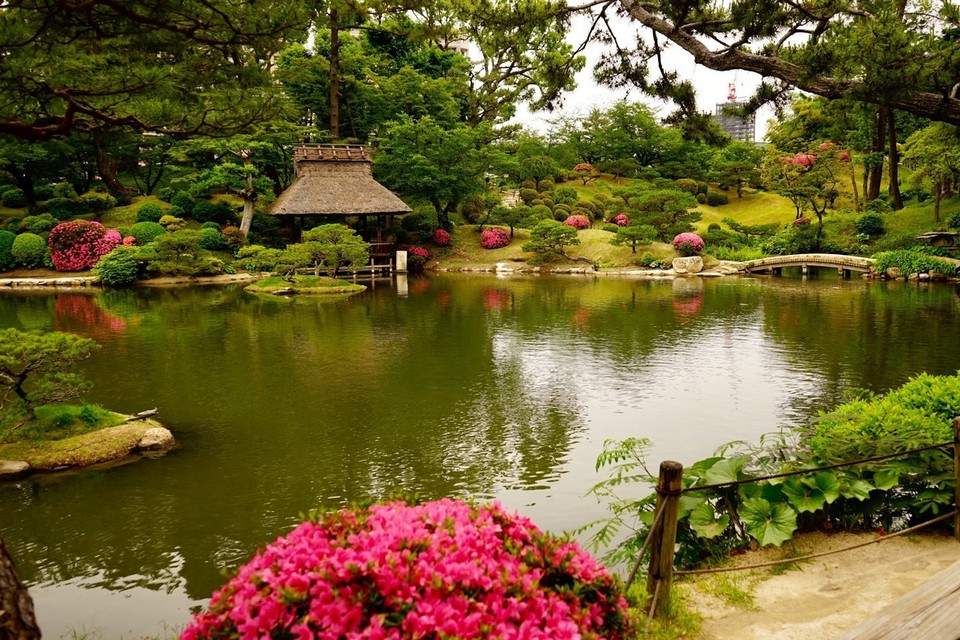 The Shukkei-en garden in Hiroshima is built in the model form of majestic mountain ranges mixed with colorful valleys. Visitors as well as locals love to visit the garden and enjoy the fresh and airy atmosphere. 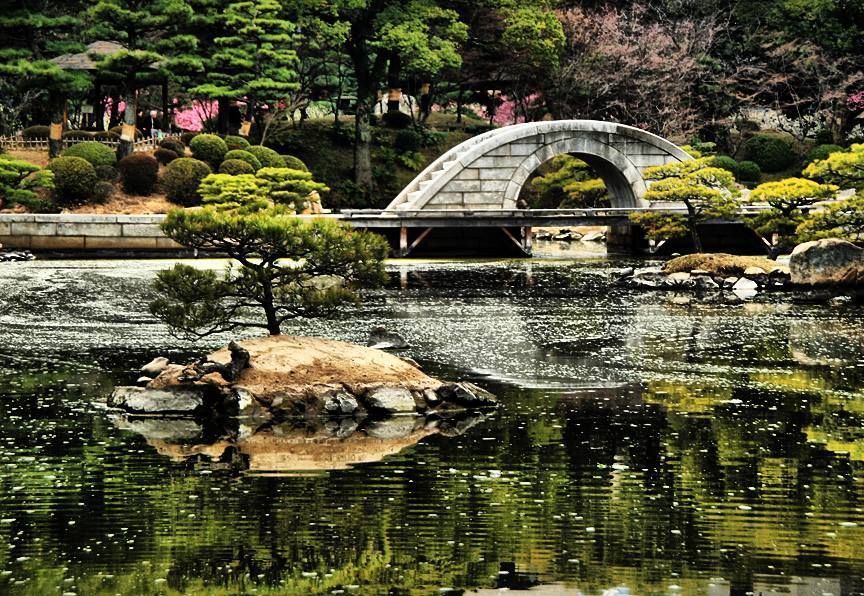 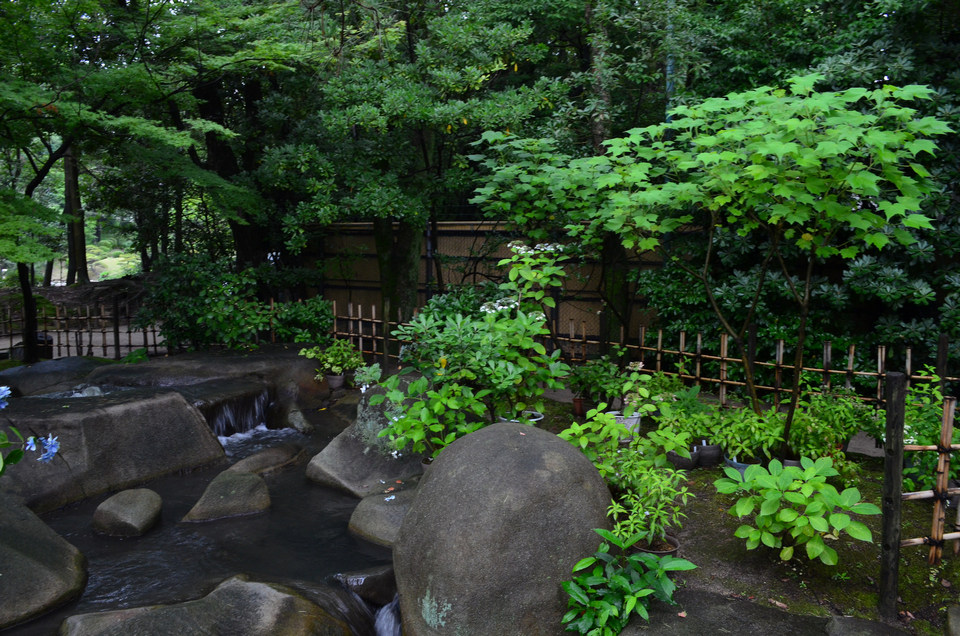 Hiroshima Castle was built in the second half of the 16th century, by Shogun Terumoto Mori. Taking the castle as the center, the city has grown to the point of being considered the political economic focus of the Chugoku region. After the Meiji Restoration, it took on more responsibility as a provincial base for military and administrative affairs. Due to the disaster of the atomic bomb in 1945, the castle tower was a national treasure that was completely destroyed. But later it was rebuilt and preserved as a historical relic of Hiroshima and welcomed many visitors from everywhere. 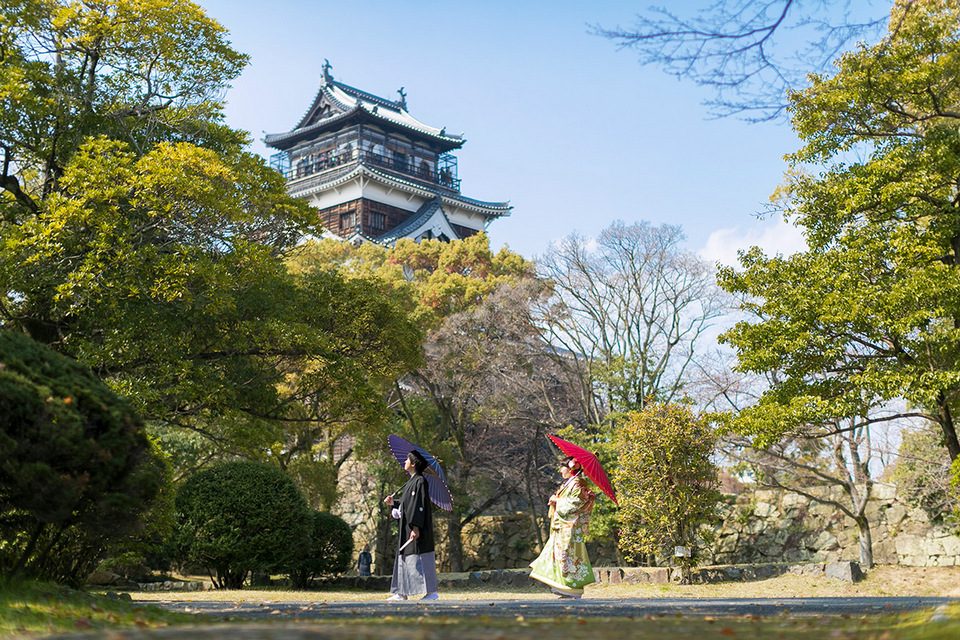 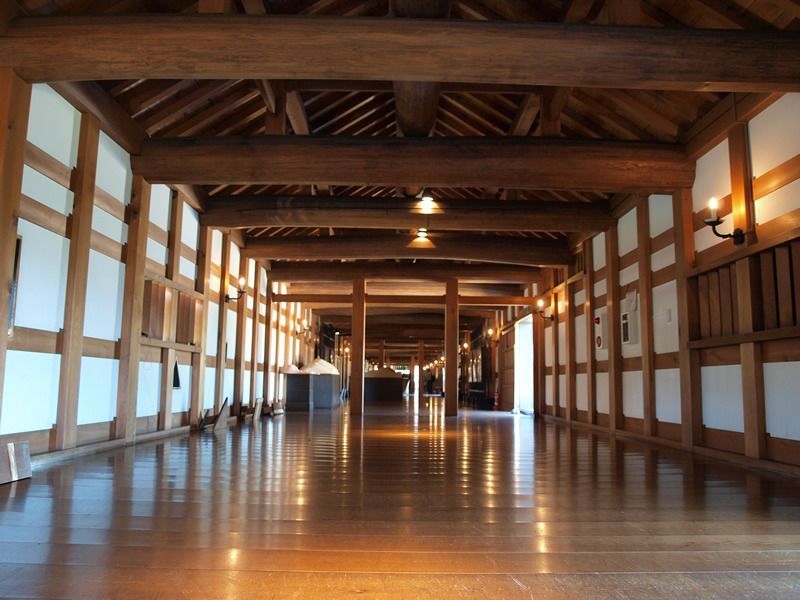