Bangkok’s “feature” is the traffic jam, so even if the cost of a taxi is cheap, moving by taxi when traveling to Bangkok is not a wise choice. By contrast, the subway system in Bangkok runs exactly in a minute, covering most major tourist destinations, can help you save a lot of time and money. How to getting around Bangkok by BTS, MRT and Airport Rail Link. Let’s read The Bangkok Rail Link Guide & Directions below are for first-time travelers traveling self-sufficient to Thailand for getting around Bangkok by BTS Bangkok, MRT Bangkok and Airport Rail Link follow by Living Nomads below.

Three rails of transport in Bangkok

Bangkok has three types of trains including BTS (the train runs on the high way called BTS Bangkok), MRT (the subway called MRT Bangkok) and Airport Rail Link (called Airport Link Express Line that runs from the Bangkok airport to the city center).

The Silom route begins from the west to the south, starting at National Stadium (W1), ending at Bang Wa Station (S12) and vice versa.

Saphan Taksin Station (S6): The nearest station is Chao Phraya River, below is Sathorn Pier, where you can take a free boat ride to Asiatique shopping mall, near Si Phraya Pier – a Dinner cruise on Chao Phraya River.

The Sukhumvit route runs from the north to the east, beginning at Mo Chit Station (N8), ending at Bearing Station (E14) and vice versa.

Mo Chit Station (N8): The nearest bus station is Don Muang Airport, connected to the airport by bus A1 (30 minutes with one trip), next to Chatuchak Park, 5 minutes walk to Chatuchak weekend market. This is an intersection between MRT Line and Mo Chit Bus Station – the departure point for vehicles to the ancient cities of Ayutthaya, Sukhothai and Chiang Mai. 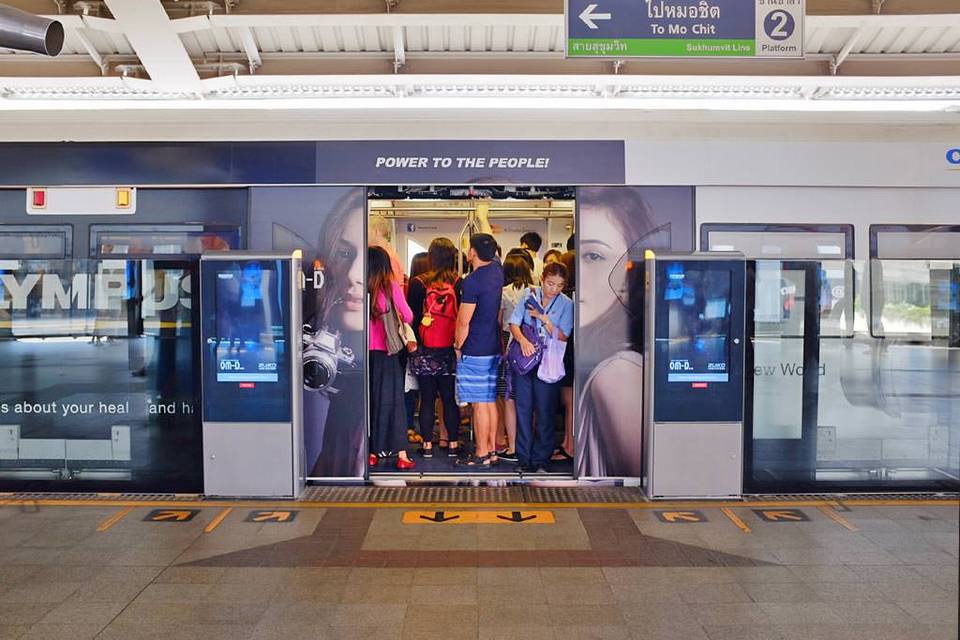 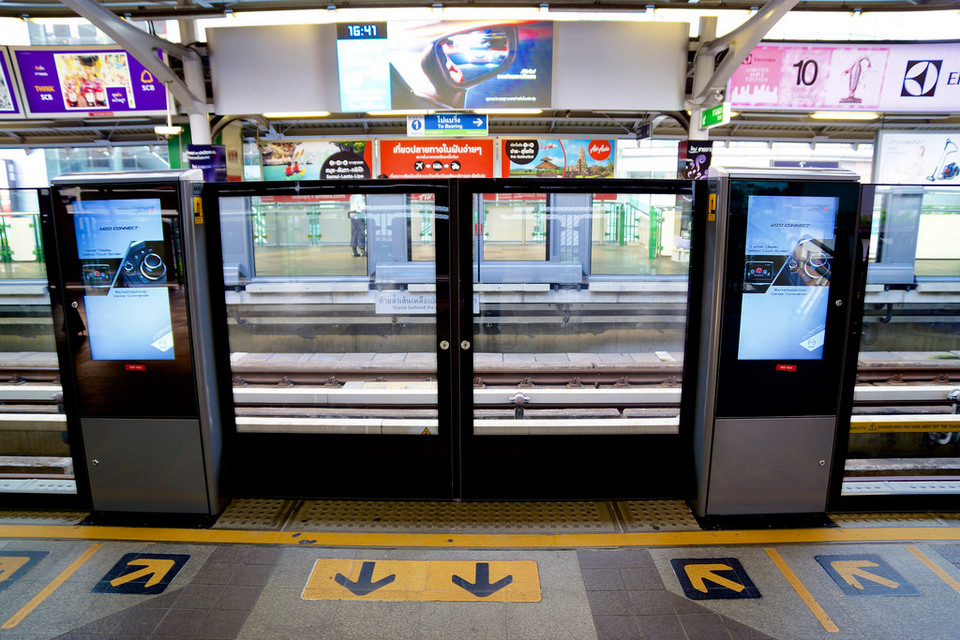 Ekkamai Station (E7): Near Ekkamai Bus Station, from here, you can take the car to Pattaya 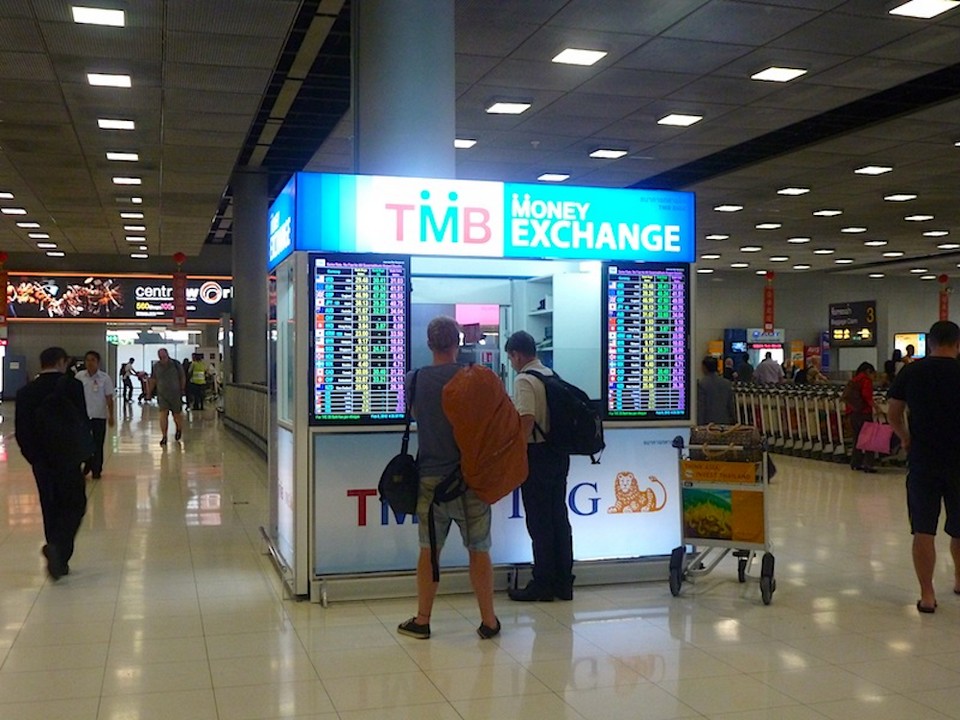 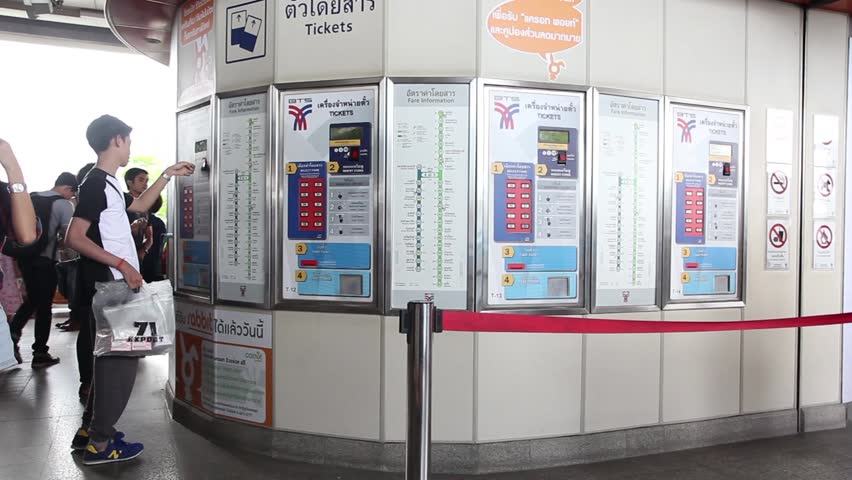 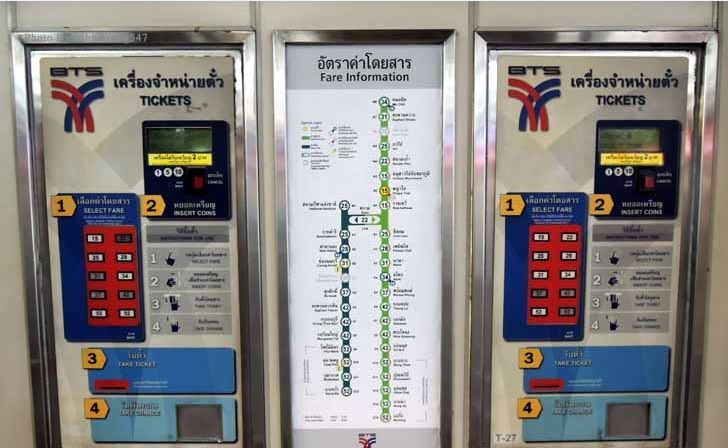 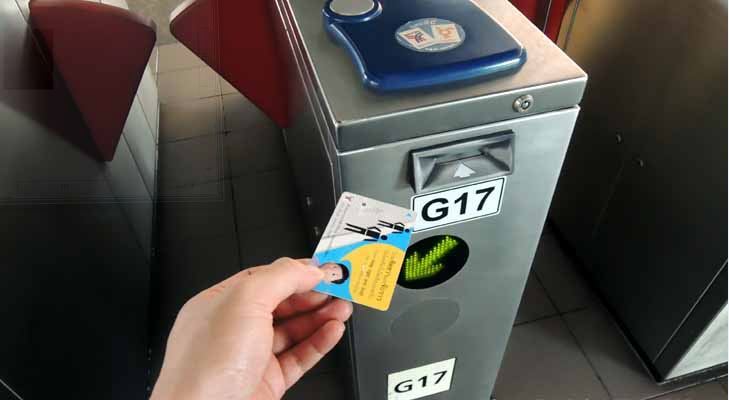 Note standing in line behind the yellow line, hinged on both sides, give way to people go down then getting on the train. 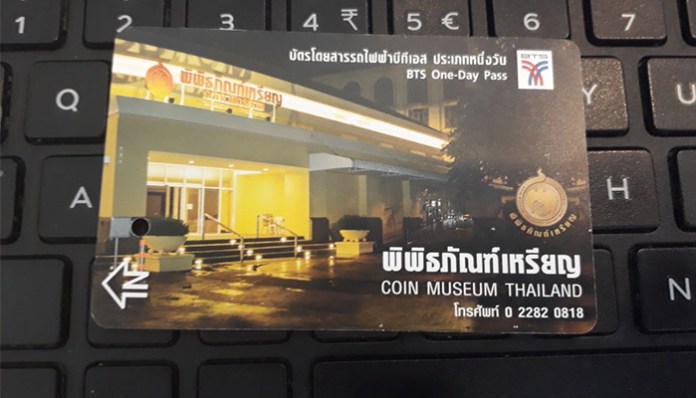 If you plan to go to multiple stations on the same day, you can buy one-day pass card: moving until 24:00 that day. The ticket price of one card is about 4 dollars. To buy your card, go straight to the ticket counter, ask for the “One Day Pass” card with the number, the staff will charge and give you the card. 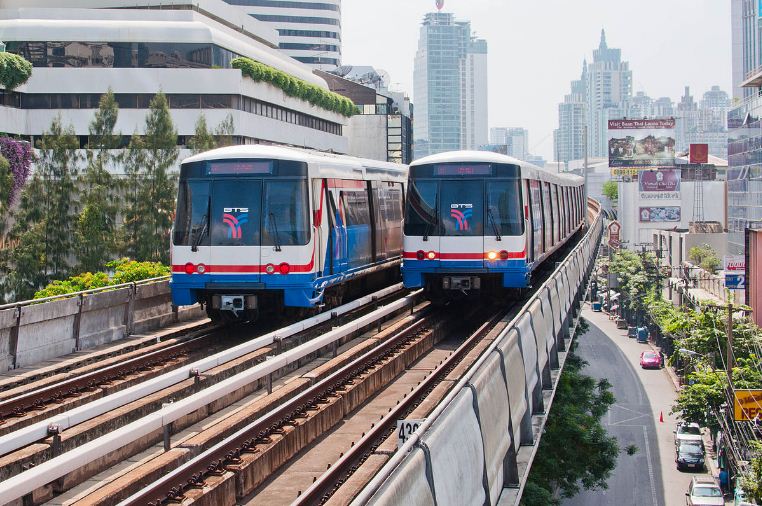 2. The way to move by Mass Rapid Transit (MRT Bangkok)

The MRT has just one route running from the north, near Chatuchak Market (Bang Sue Station) to the south, near Chinatown (Hua Lamphong Station). 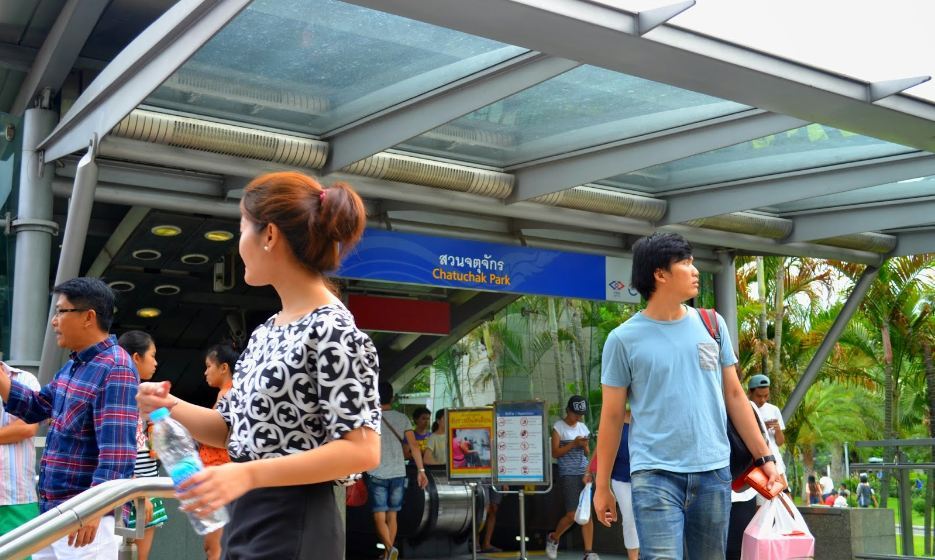 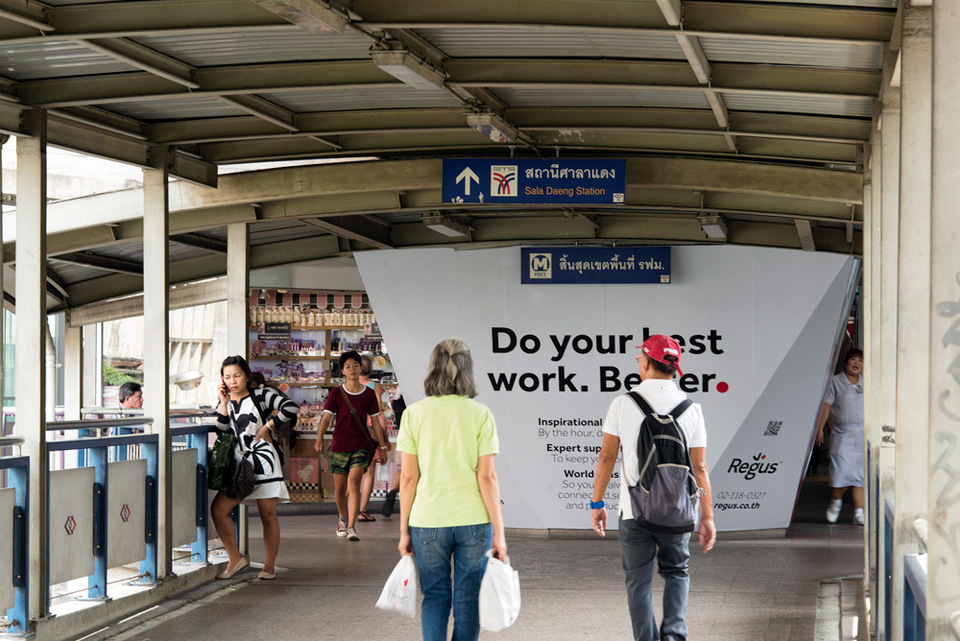 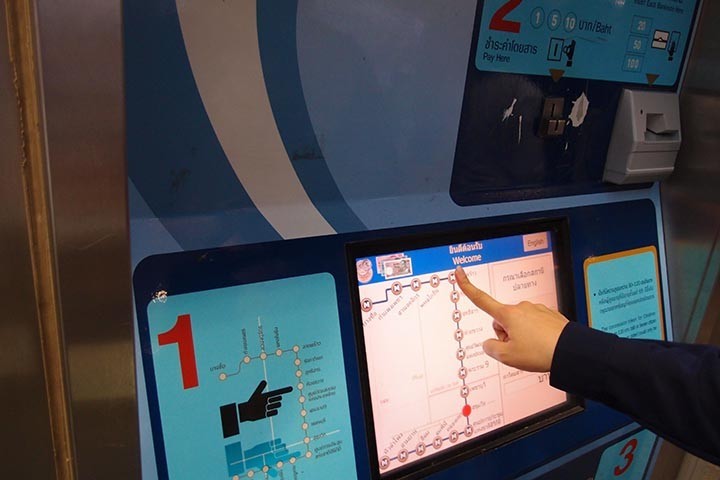 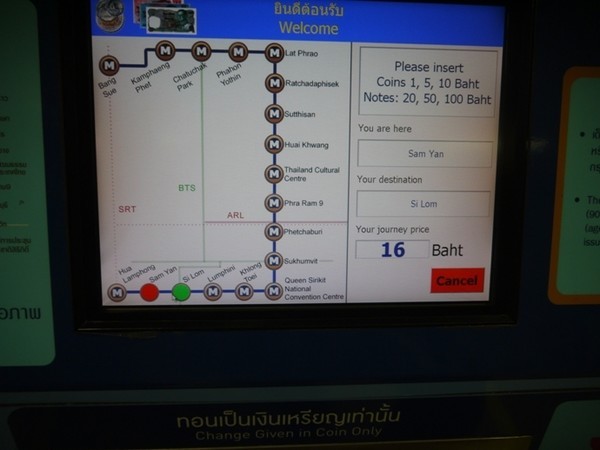 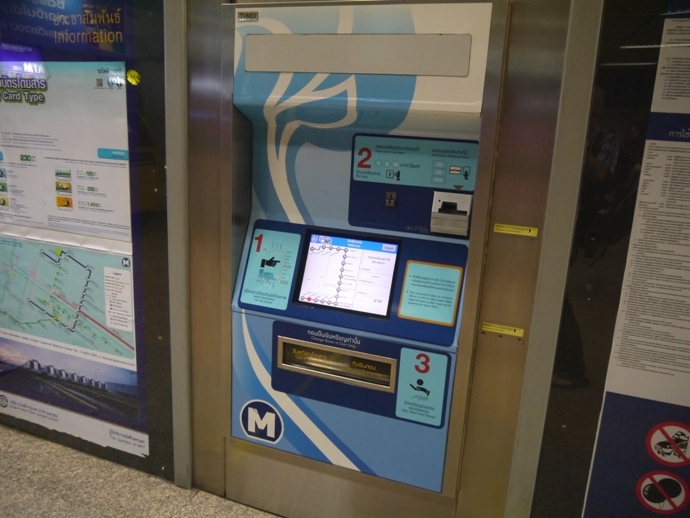 Step 2: You will receive the ticket in the form of plastic coins. You scan this coin to open the control door. You must keep this coin during your trip. 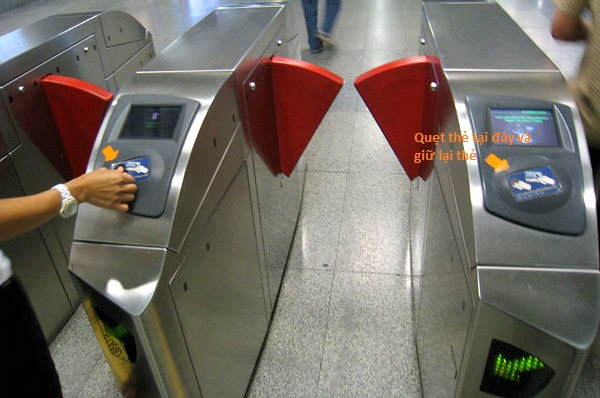 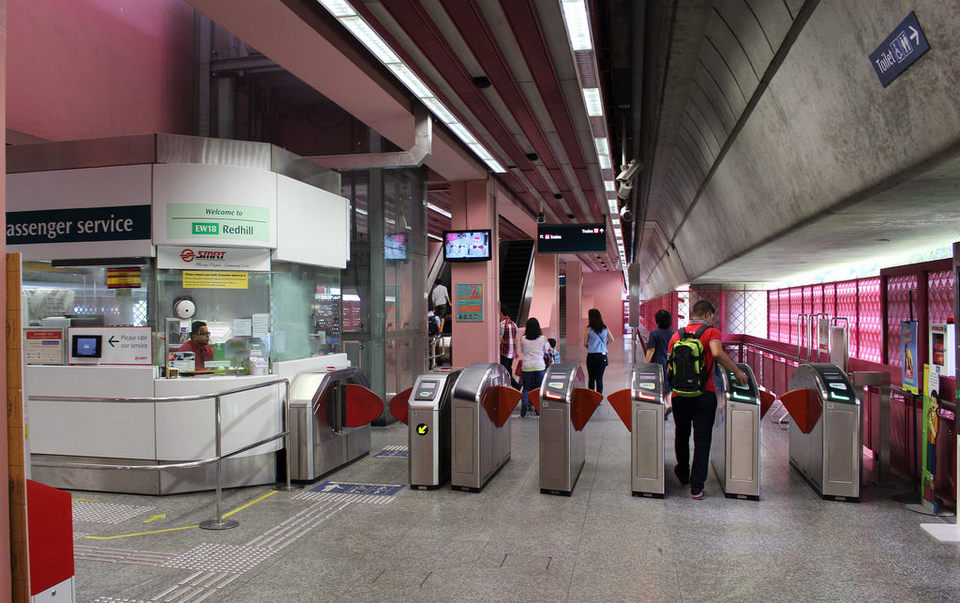 Step 3: Similar to the BTS train, you have to determine the direction of the train, then lined behind the yellow line, the two sides, giving way to the people and then boarding.

Step 4: Time to leave the station, you will insert the coin into the slot. The card is kept. 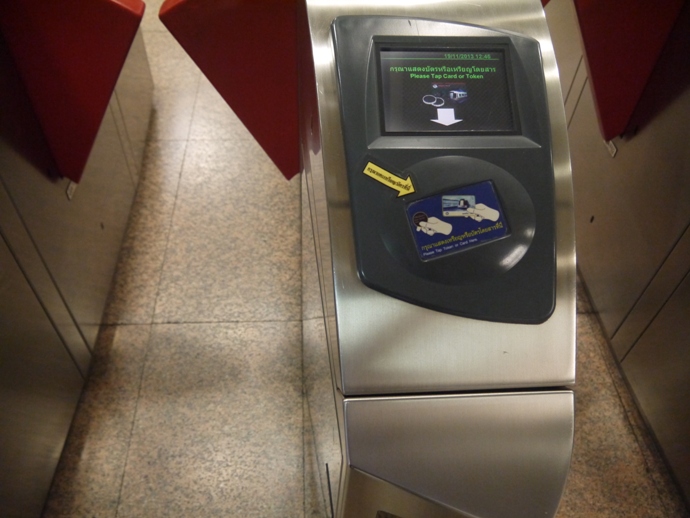 The same as BTS Bangkok Skytrain, Airport Rail Link is the most convenient and economical way to travel from Suvarnabhumi Airport to Pratunam central area and vice versa.

Airport Rail Link has two types of express (runs from the airport to Makkasan station or Phaya Thai endless station) and stops at each station. The total run time does not differ much. 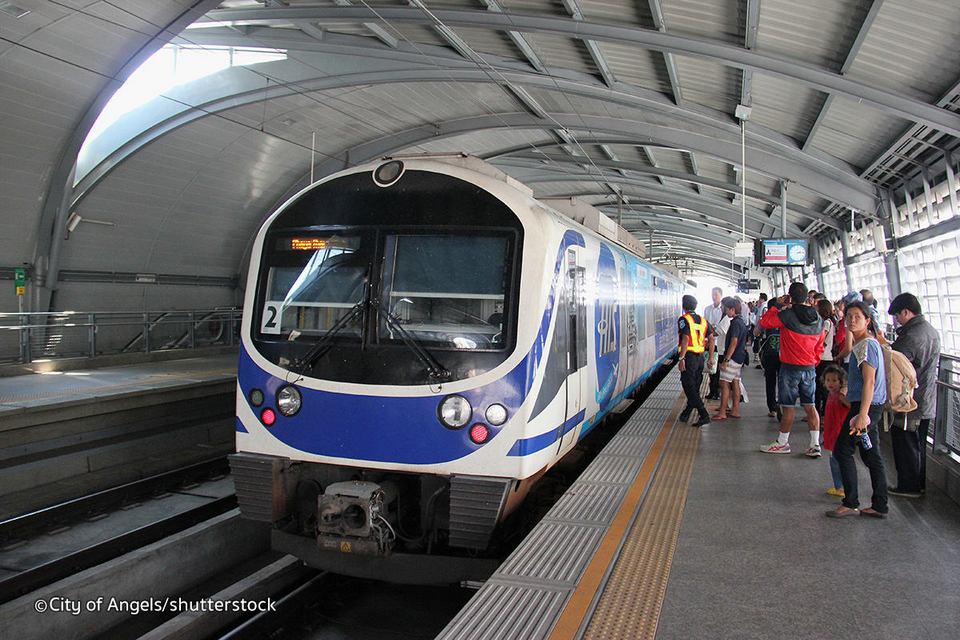 Ratchaprarop Station: Close to Baiyoke Sky Building, Baiyoke Sky Buffet Restaurant is located on the 75-76-78 floor of this building.

Some best day tours, trips, activities and transfer services, tickets in, to and from Bangkok you can refer to