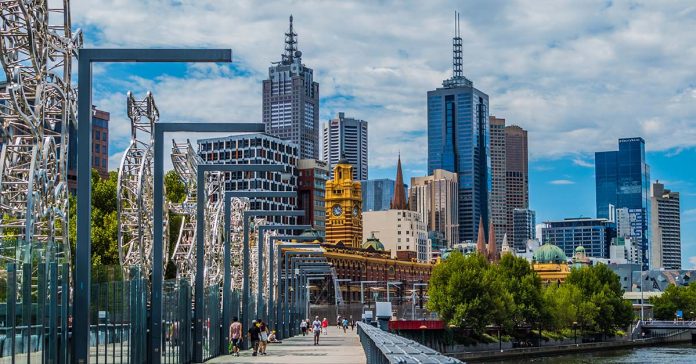 When traveling to Australia, a far from place is located in the southern hemisphere, visitors often go to famous places such as the Sydney Opera House or Bondi Beach, but skip a peaceful place like Melbourne. Just need one day, we’ll take you around the city center to see Melbourne’s contrariety. You will still see a sparkling, vibrant, modern Melbourne – one of the most developed cities in the world, but beside prosperity, somewhere you will see Melbourne still retains its ancient, serene features.

Start exploring Melbourne city center by take the City Circle tram. City Circle is a typical Melbourne tram system that still retains the old design, recognizing the exterior as red, yellow and green. The interior of the train will remind you of previous century trains.

In the City Circle tram system in Melbourne, the most famous is the number 35 route. This is a completely free route, primarily serving tourists, taking visitors through major shopping and sightseeing locations such as the Old Treasury Building, the National Assembly Building and the Princess Theater … and you also hear the historical explanation of each place passing by. Visiting Melbourne by City Circle tram is a great way to explore the city and saving money, right? 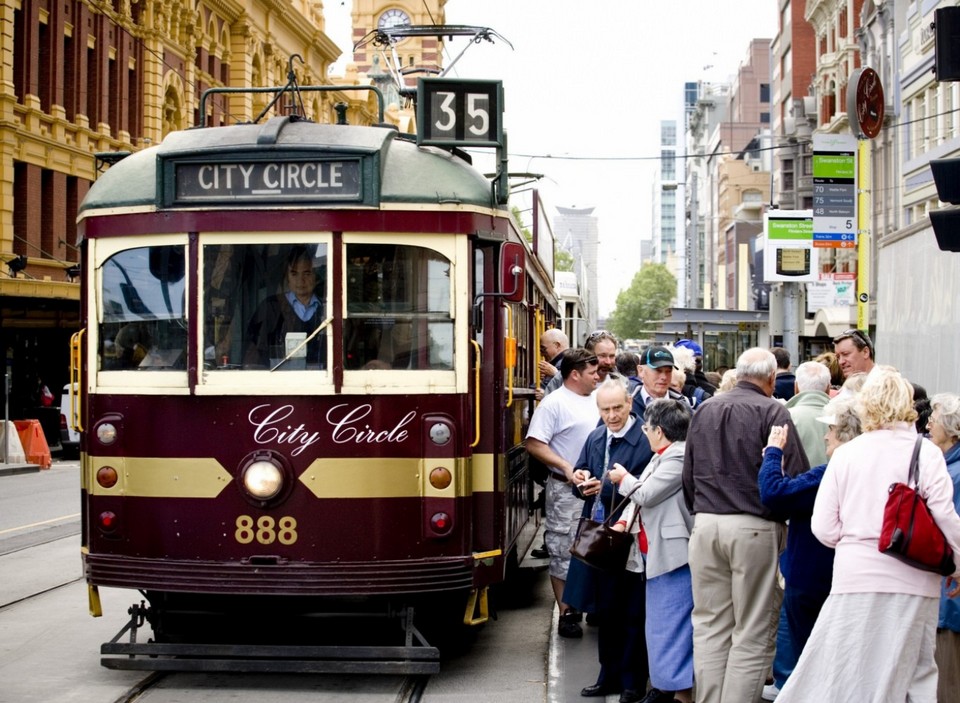 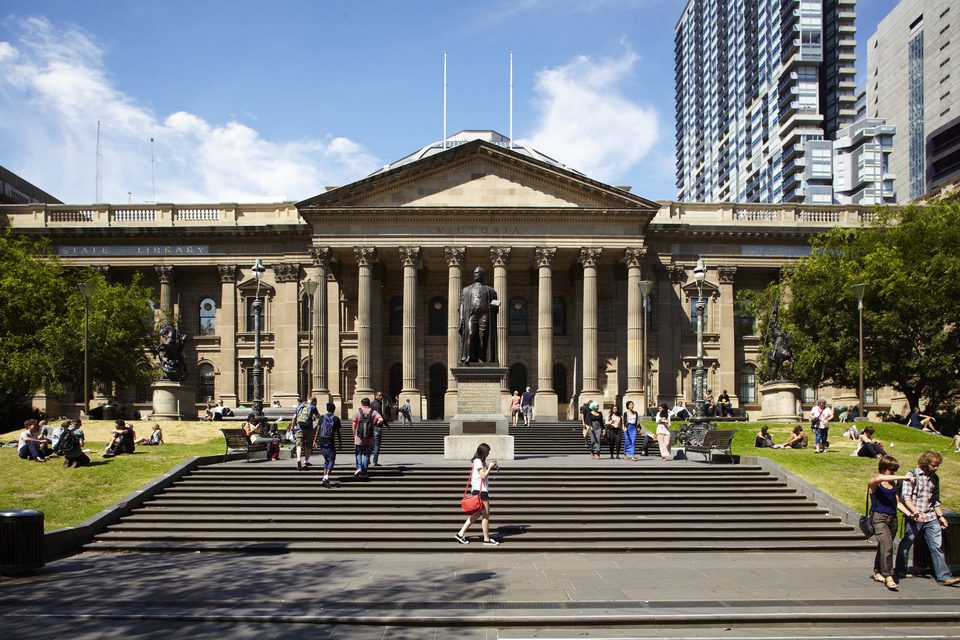 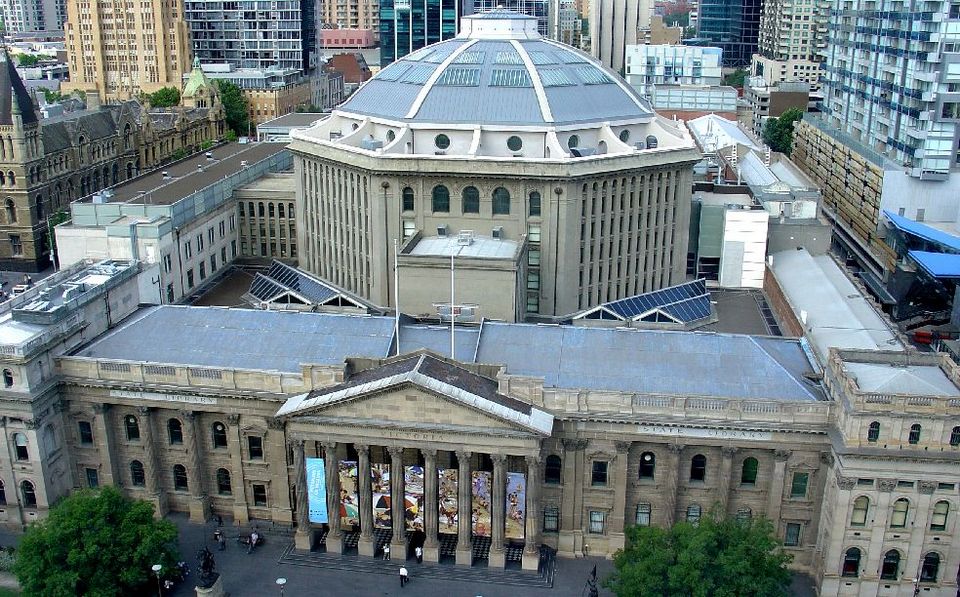 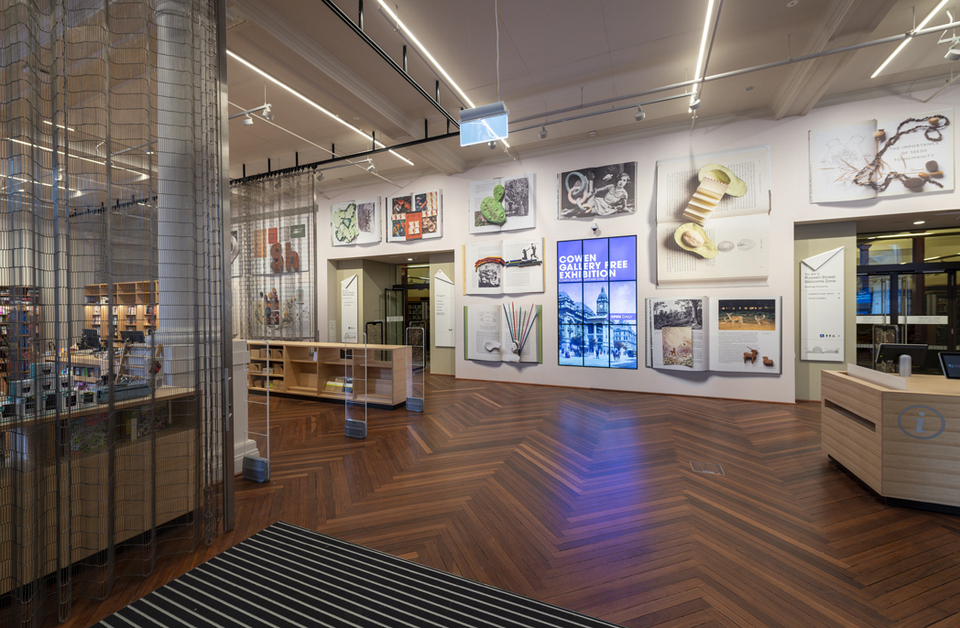 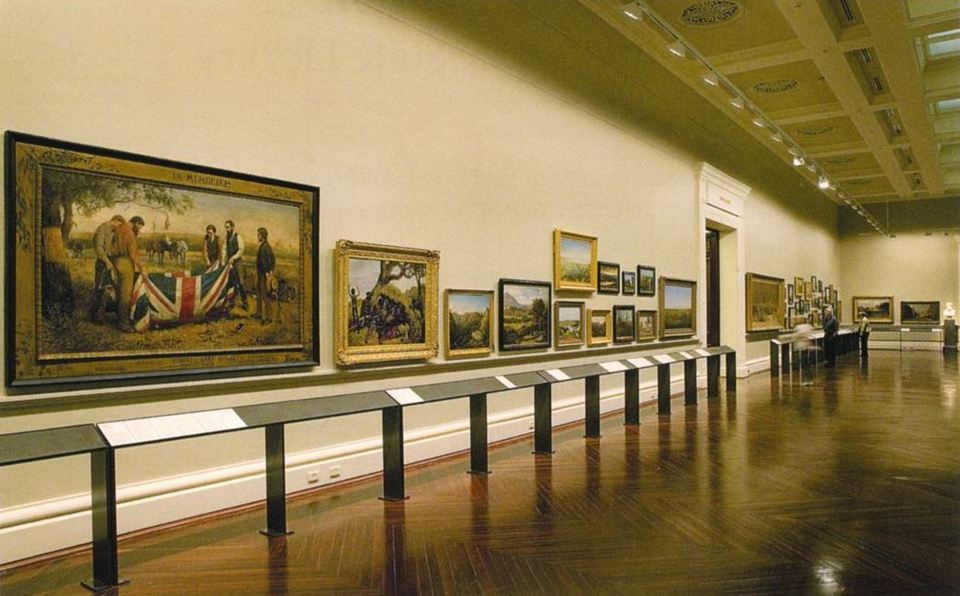 This is Victoria’s oldest and largest public library founded in 1854. The National Library of Victoria has an ancient European architecture and is home to a massive treasure of over 2 million books and many newspapers, maps, documents, artworks. 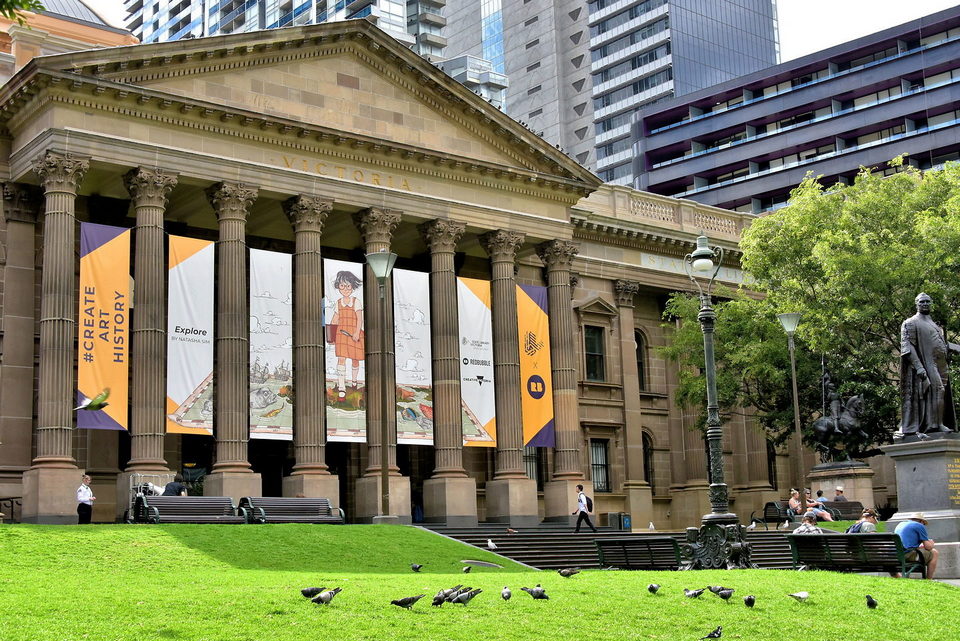 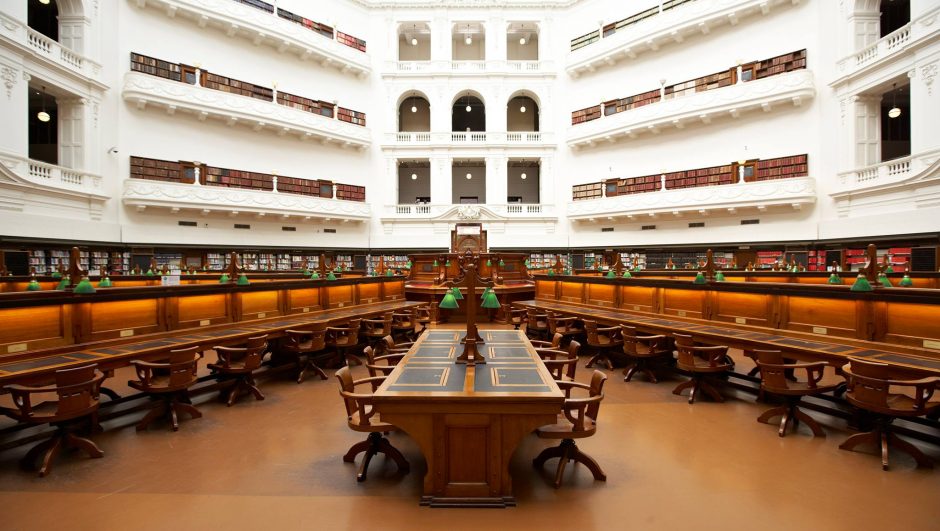 One of the most special places at State Library Victoria is magnificent La Trobe reading room with a majestic dome. You will really be overwhelmed by the beauty here. But remember go gentle and laugh softly to keep silent in the library. 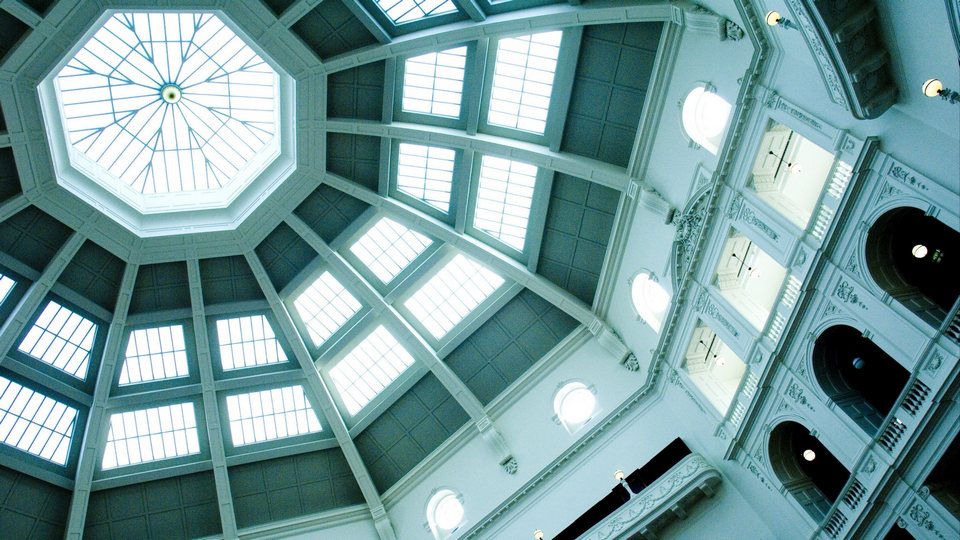 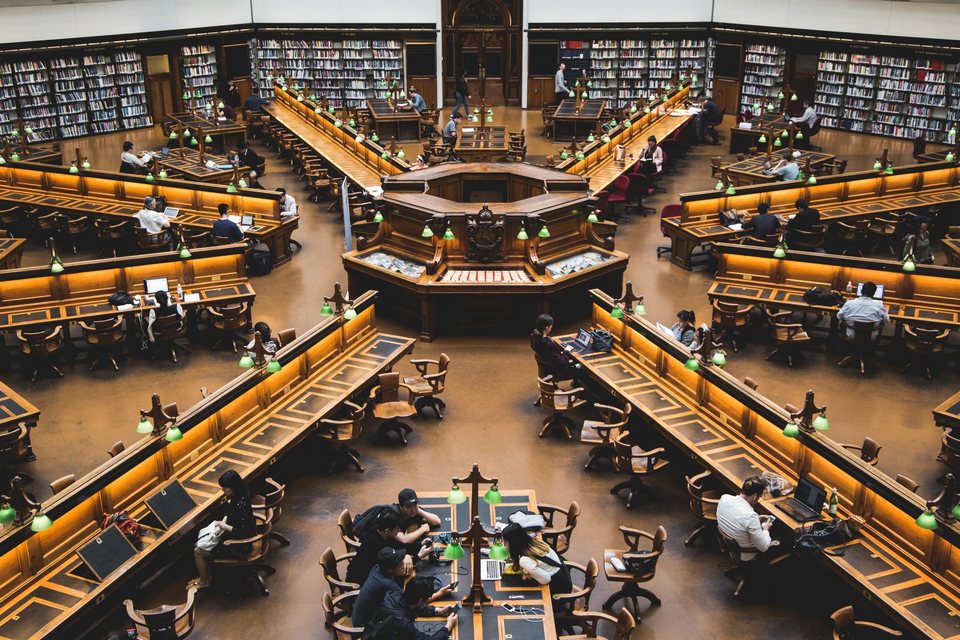 In addition, at the State Library Victoria you can also admire the artworks and exhibitions by visiting galleries: Keith Murdoch Gallery, Cowen Gallery and Dome Gallery.

Spending an entire morning at the State Library Victoria is definitely an experience that is not wasteful on your trip. 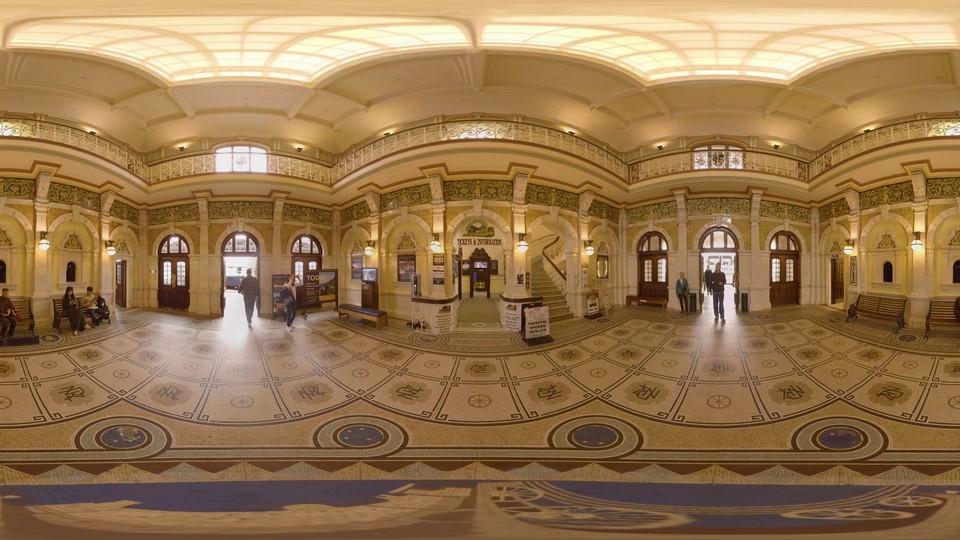 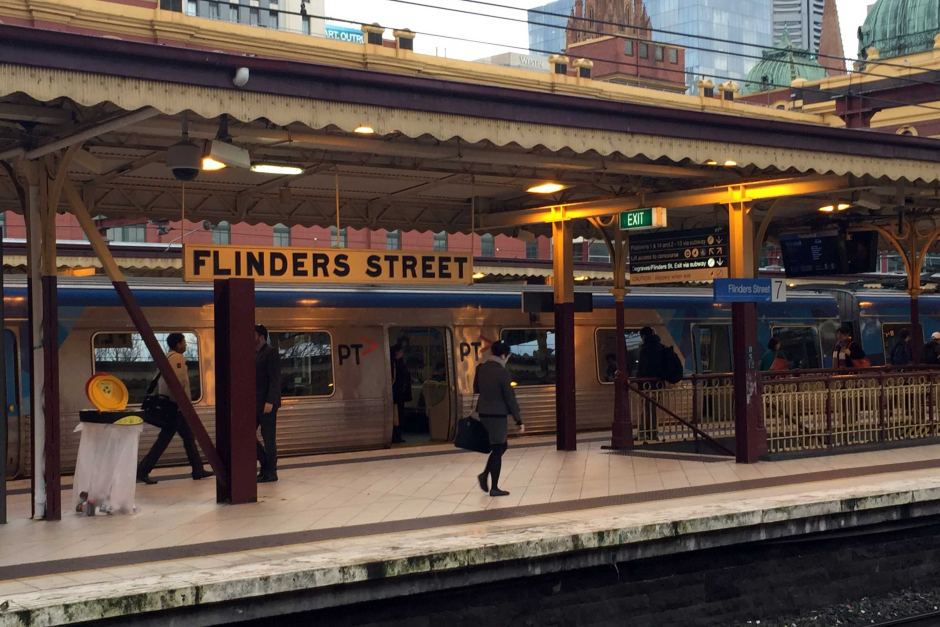 Flinders Street railway station is Australia’s oldest station opened in 1854. It was also the busiest railway station in the Southern hemisphere. Inside the train station, you will admire the old architecture with typical dome in Melbourne.

Flinders Street railway station is famous for the phrase “meet me under the clocks”. The origin of this sentence is because there is a row of old clockwork in front of the station, where Melbourne people (Melburnian) often meet. 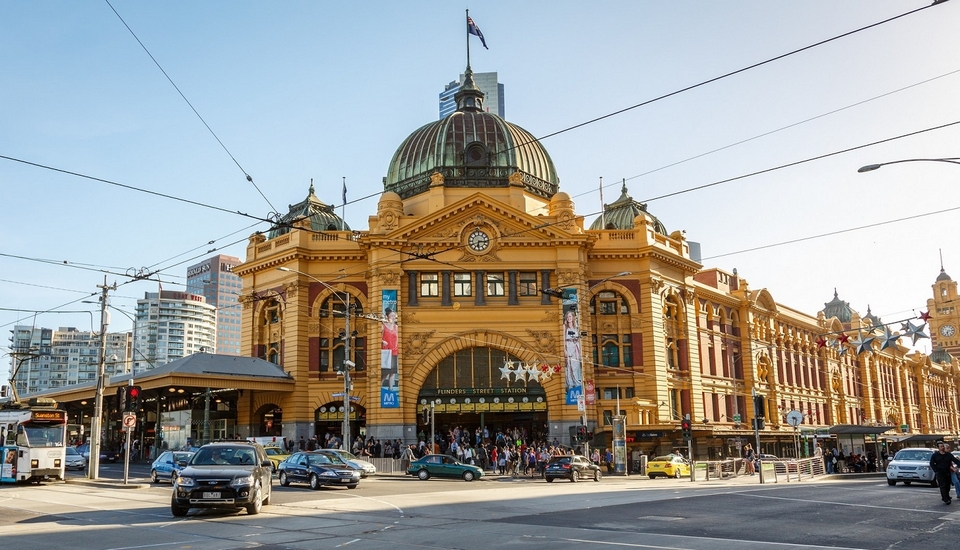 Located just opposite Flinders Street Station, St Paul’s Church is a British cathedral bearing the ancient European architecture. Visiting Melbourne, you should not miss St Paul’s Church at all. 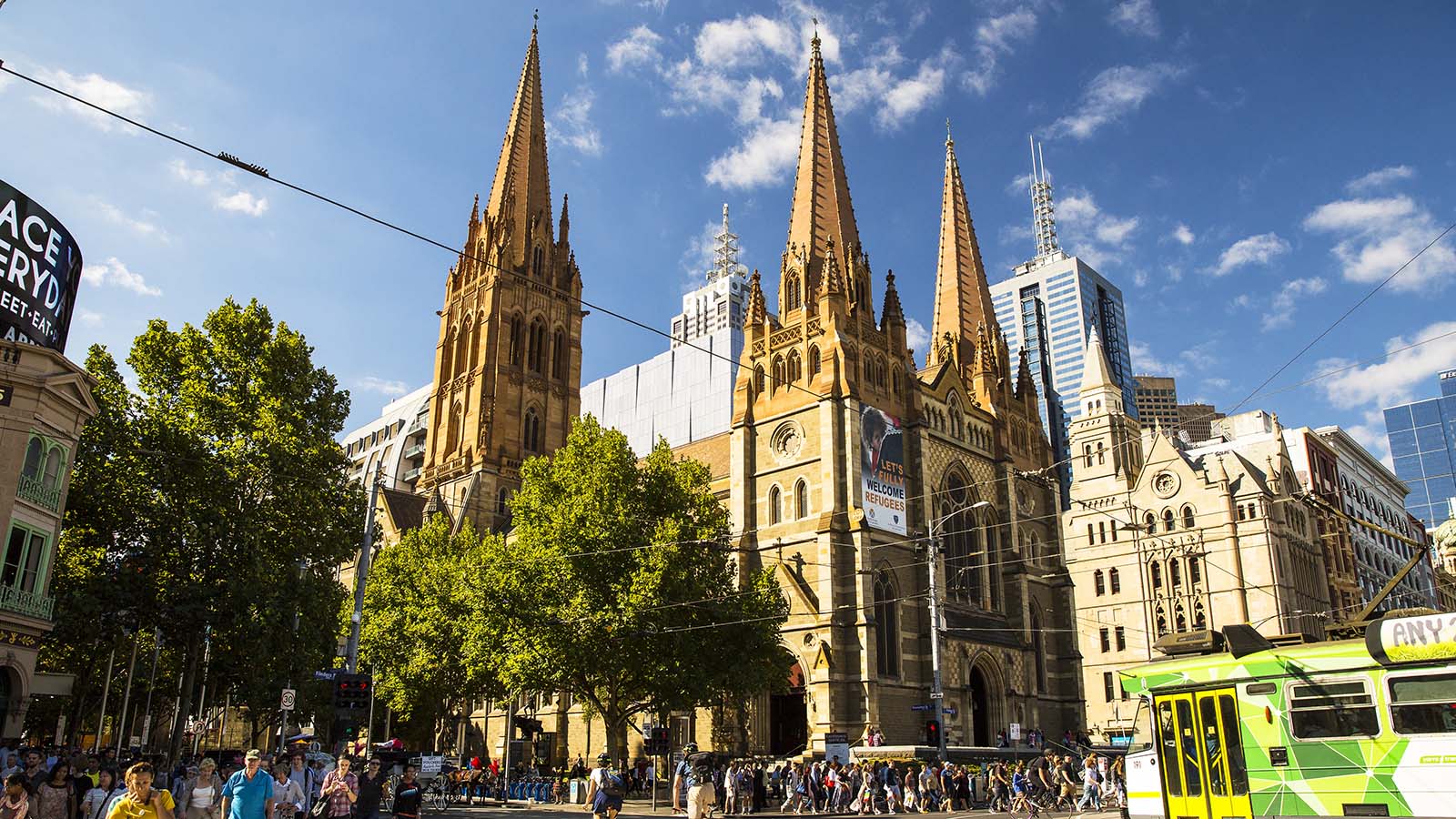 It is not difficult for you to recognize St Paul’s Cathedral from afar by the magnificent high rise towers located in the heart of Melbourne. Standing across the street, you can admire this whole building and hear the bell ringing from inside. Stepping through the large doors to get inside, the splendor of St Paul’s Cathedral opens up in front of you, the Gothic-style church with its tall dome makes you feel very small. 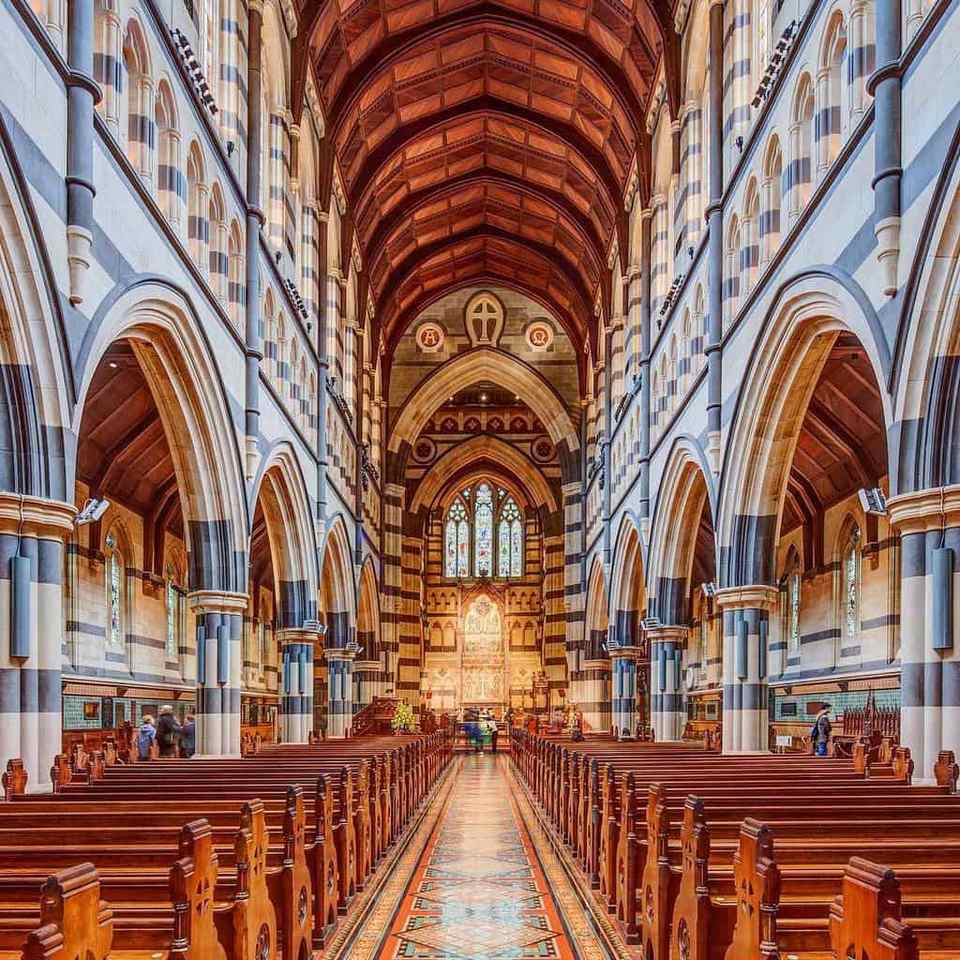 You will be impressed with almost every detail here from wall tiles, mosaics, multicolored glass mosaics paintings. Actually you will be caught up in this stunning architecture. We were completely stunned by the magnificent beauty here.

Mixed with ancient features is a modern, liberal of Melbourne

From Flinders Street, you can wandering around the winding streets of the city center such as Flinders Street, Collins Street or Bourke Street to get better see Melbourne’s life. You will get lost in the mazes, which are mosaic-paved walkways, nicely decorated arches, both sides are beautiful, luxurious shops. 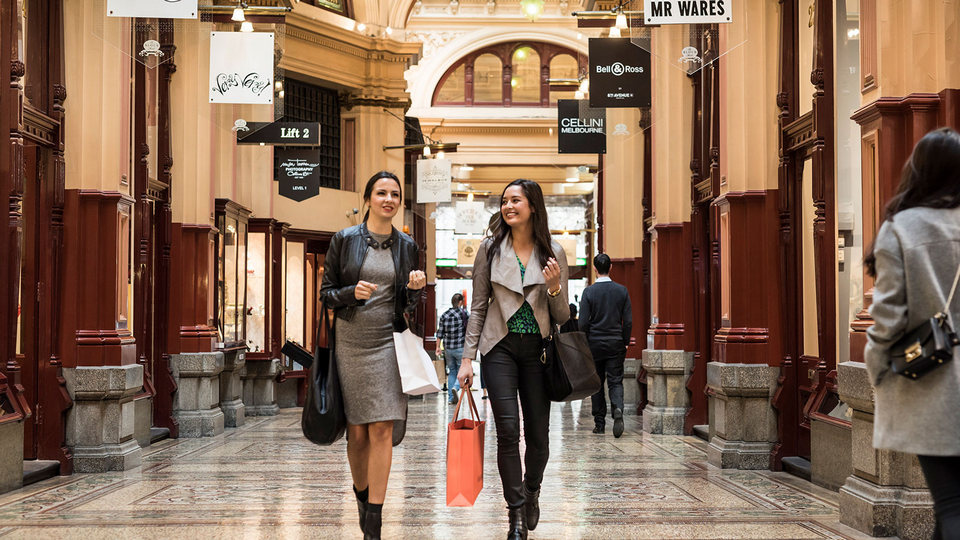 Here, interspersed with ancient buildings, you will also encounter many luxury shopping centers with all kinds of high-end brands in the world or gleaming office buildings with busy officers in neat, stylish clothes.