Himeji Castle is located in the center of Himeji, 650 km west of Tokyo. This is a typical example of traditional Japanese castle architecture. This work was recognized by UNESCO as a World Heritage Site in 1993 and a special historical relic of Japan. Himeji was built by Samurai Akamatsu Norimura in 1333. The walls of the castle were made of wood and covered with white plaster to prevent fire. Therefore, Himeji is also called “White Palace”.

Matsumoto is one of the important historical palaces in Japan and recognized as a national treasure. Matsumoto is on the flat land next to the dam in lieu of standing on the hill and surrounded by rivers like other ones. This work was built during the Sengoku period in the late 16th century – the span of fluctuating Japanese society. In the late 1800s, Matsumoto was auctioned off for the purpose of redevelopment and preservation.

The original castle was named Yanagi-no-maru, built by Imagawa Ujichika, in the 1520s. Immediately after completion, the castle was occupied by a warrior and renamed Nagoya. This work was badly damaged during World War II, then rebuilt.

Like many of Japan’s traditional castles, Osaka has a rocky foundation, eight stories tall and surrounded by moats. The castle was built on the foundation of a former royal palace and shrine. In 1660, lightning struck the gunpowder warehouse, causing a major explosion, damaging the building. By the end of the 19th century, the castle was restored and repaired.

The Matsue Castle was completed in 1611 then partially dismantled in 1875. In 1950, the building was rebuilt in its original design. This is one of the few medieval castles still retaining the original wooden structure. Matsue is also called “Black Castle”. This is one of the oldest castles in Japan.

The castle was built by the Tsugaru clan in the early 1600s. After about 15 years of construction, the castle was damaged by lightning striking the gunpowder house. About two centuries later, this work was reconstructed. Today, the park around the castle is one of Japan’s most famous cherry blossoms. The park has about 2,600 cherry blossoms, which were planted in 1903. The castle is also home to the annual Snow Lantern Festival, attracting hundreds of thousands of visitors.

This is considered to be the most important historical building in the area and was built on the order of Shiga governor’s son. In the late 1800s, Hikone was kept by the Emperor while many other castles were ordered to be dismantled. Some areas of this project are considered Japanese cultural property such as Tenbin Yagura, Taikomon Yagura or Nishinomaru Sanju Yagura.

Located near Mount Unzen and Ariake Bay, Shimabara Castle is known for its trench system with sections of up to 15m deep and 50m wide. In the late 1800’s, part of the castle was converted into a schoolyard. Today, Shimabara is a museum and venue for exhibitions on local culture.

The red Shuri Castle was built in 1429. This is a hotspot in Japan’s East Asian maritime network. Shuri, the largest castle on the island, has a long history of economic activity and changed hands many times. After World War II, the United States occupied the area for almost 30 years.

This castle was built in 1597. The owner of the castle was arrested and died only three years later without an heir. The wall of the Tenshukaku Main Tower is black so Okayama is also known as the “Black Crow Palace” in contrast to the white Himeji Castle nearby. In its heyday, the castle’s main roof had gold-plated brick and goldfish statue. During World War II, the main tower of the castle was destroyed. In the 1960s, Okayama was remodeled. At present, the castle is equipped with air conditioning and elevator. 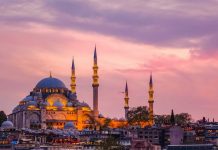 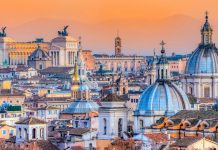 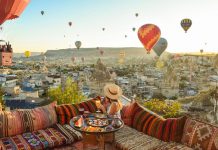 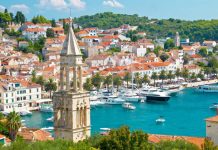 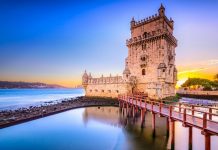 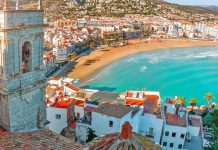 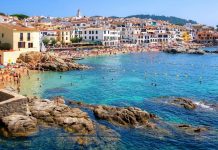 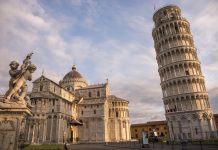 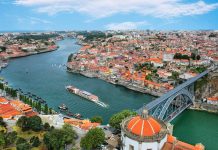