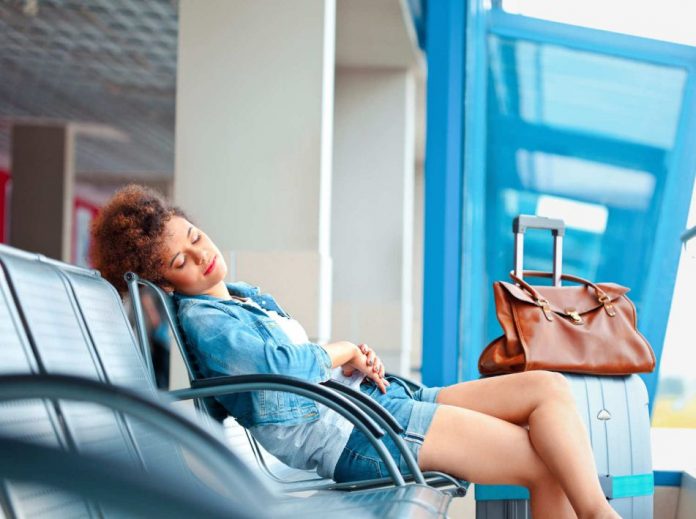 It would be great if there was some catch-all, but perhaps the best way to beat jet lag is to know all the different elements that affect it. 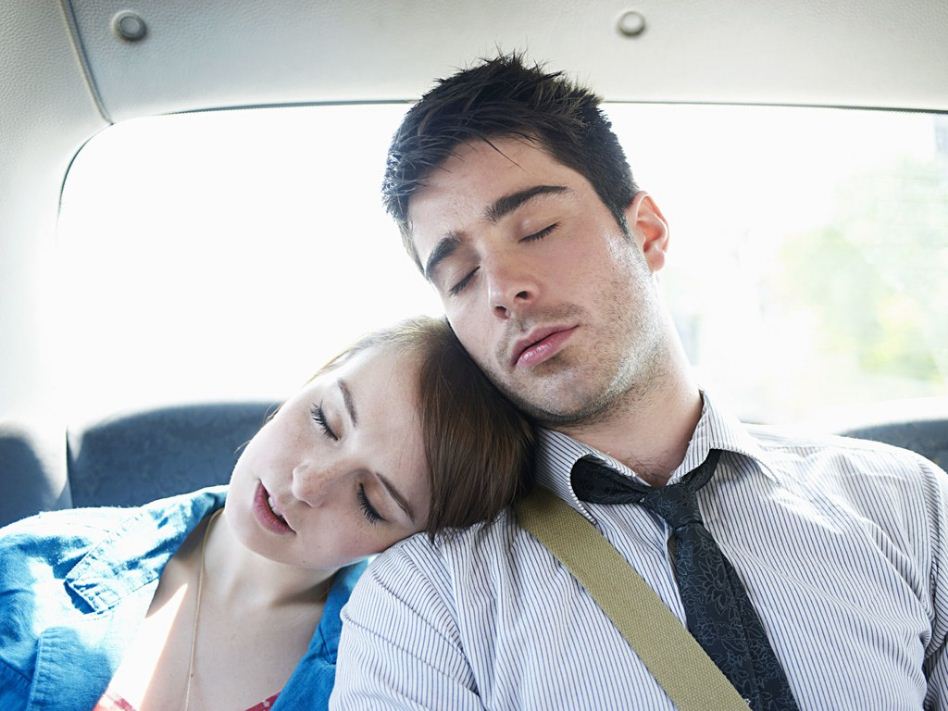 What’s even more frustrating is that the human body is a complex beast. Even if you manage to peg down factors that affect jet lag—diet, amount of light, activity levels—the body’s chemistry is so complex that Charles Ehret, one of the leading chronobiologists to begin studying the effects of jet lag in the 1970s, once said in Overcoming Jet Lag:

“[Chronobiologists] discovered two facts: one, that your entire body chemistry changes over the course of a day, and that you are quite literally a different person biochemically at six in the morning than you are at midnight, so much so that it is the equivalent of being a redhead at dawn and a blond at midnight; and, two, because of this constant inconstancy within you, your body chemistry reacts quite differently at different times of the day to the same stimulus…”

Great news. But it also explains why all the former presidents have approached jet lag differently over the years. 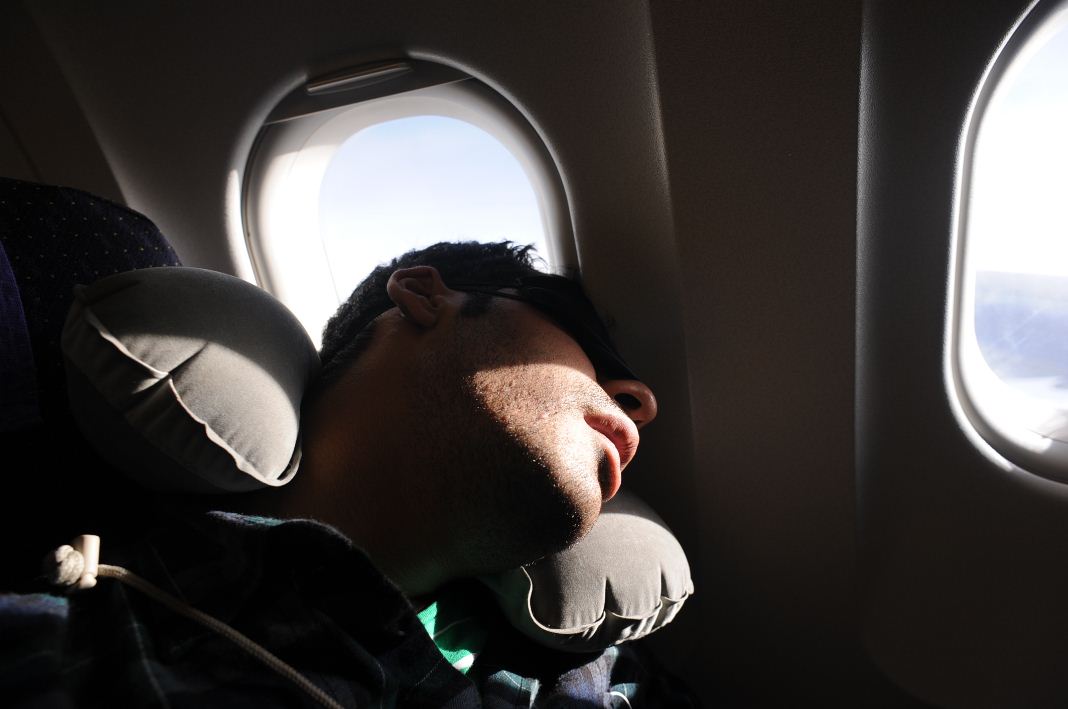 Anybody who doesn’t think light doesn’t play a role in your body’s clock is kidding themselves. There’s a reason why the cabin lights are often dimmed during the plane ride: they are very much social cues from the cabin crew about when it’s a good time to rest. The New York Times even backs up the importance of light from NASA scientists, who say, “light is the primary environmental cue telling your body’s clock when to sleep and when to wake.” It goes on to say that controlling jet lag is fundamentally about controlling your body’s exposure to light and darkness. Though I think there are more factors to that—having been subjected to more jet lag than a normal being should have—it does hit on one of the most important facets of beating it. It’s also one more reason for always having a sleeping mask on hand.

In fact, one of my favorite observations about how crucial light is comes from firsthand experience in rural areas of Vietnam and Colombia. Even in this modern day and age, I’ve found populations that have very little access to electricity still get up at the crack of dawn and start hitting the sack when the sun begins to set, no matter what the clock (or my iPhone) says. It just says something about how reliant the human body still is to this environmental prompt. 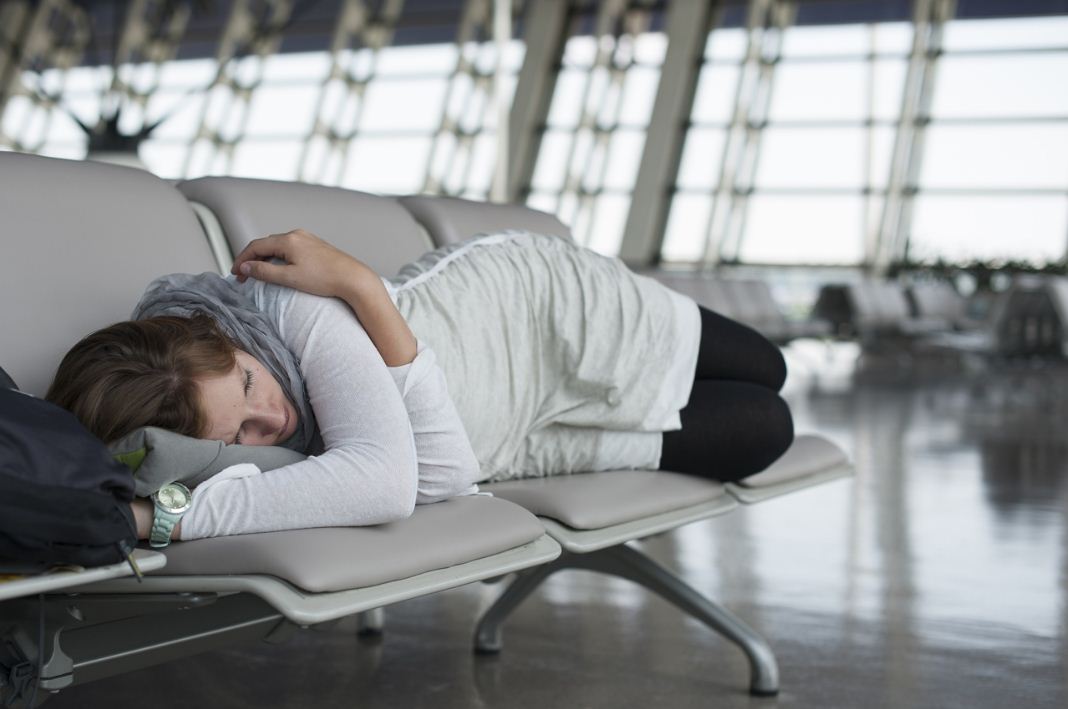 There are a lot of cockamamie theories about how food can beat jet lag, which is all the more reason to think there’s actually some substance behind the speculation. I’ve heard some of the craziest things, including business travelers who only eat meals at their destination time only (dinner meals at dinner in Frankfurt, though he was really doing breakfast in Hawaii), and the theories outlined in the Argonne Anti-Jet-Lag diet, which requires a full four-day calculated eating schedule, before you even get on the plane. Personally, I just like to eat light and healthy on the plane.

But maybe I’m doing it all wrong. A few years ago, researchers from Harvard and Beth Israel Deaconess Medical Center in Boston also found some evidence that backed up this claim. 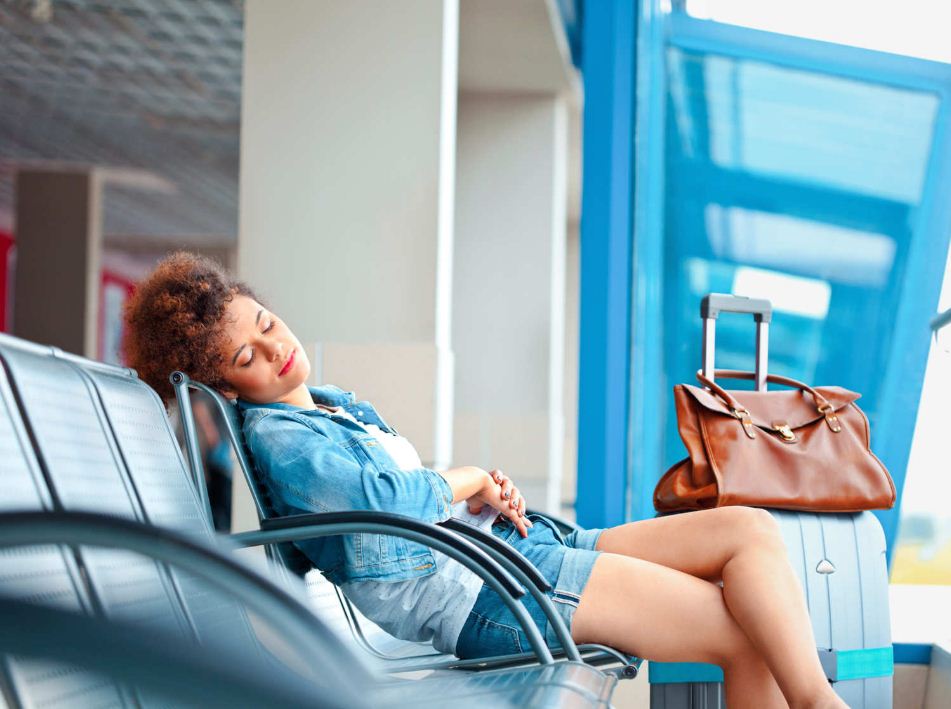 I don’t like to believe direction affects my recovery because I like to think I’m better than that. (I may like to think I’m entering my own version of Fight Club whenever I hop on a transcontinental flight.) However, that said, there does seem to be some evidence that flying east is significantly harder on your body than flying west, as evidenced by the one time I roamed the halls like Casper the ghost after returning from Beijing on one trip.

There’s a whole host of scientific evidence on this one. Ehret believed that recovery from a westbound was 30% to 50% swifter than an eastbound one. The reason is simple, as stated by The Washington Post and Vivek Jain, medical director of the George Washington University Hospital Center for Sleep Disorders:

“When you travel west, you gain several hours, so your day is extended and your body gets the extra time it naturally wants. But when you travel east, your day is shortened; that makes it harder to adjust…because your body has to cut its natural cycle even further.”

Makes sense. The article goes on to glean that if you’re traveling east, you should aim for an evening arrival. Sure. 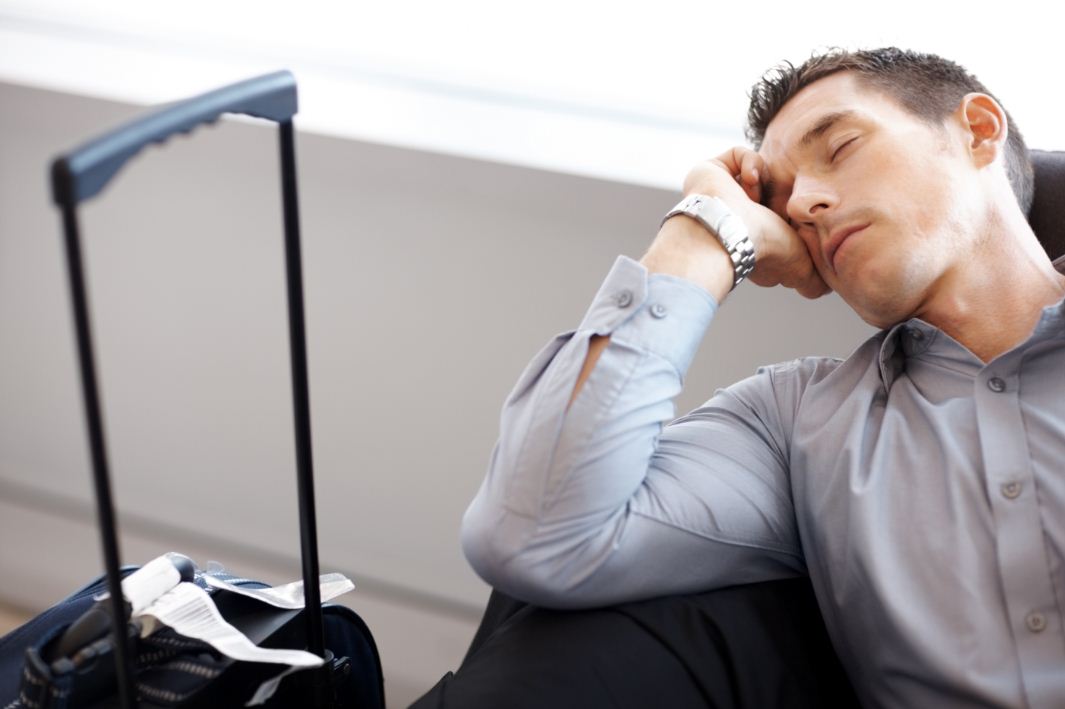 Though this factor seems to get less attention than others, your mental and physical activity also plays a role. It’s for this sole reason I like to make sure I’m constantly stimulated the moment I hit the ground until it’s time to go to bed. The minute you start relaxing, it becomes far too hard not to give into resting. As a result, I like to make sure I’m actively and physically engaged until bedtime.

Ehret suggests that this cue goes beyond physical activity and affects your mental state of being as well:

“However, a third cue, heretofore unsuspected, which influenced alertness and wakefulness, also existed. This “social” cue involved the schedule of when the man or animal was used to getting up… when it would normally be performing its daytime tasks…and when it would be typically be interaction with others. Social cues include…anything that involve mental stimulation.”

He also, however, argues that mental quiet is just as effective as physical rest. I’m inclined to agree but I’ve never done any scientific studies on myself to back this up. 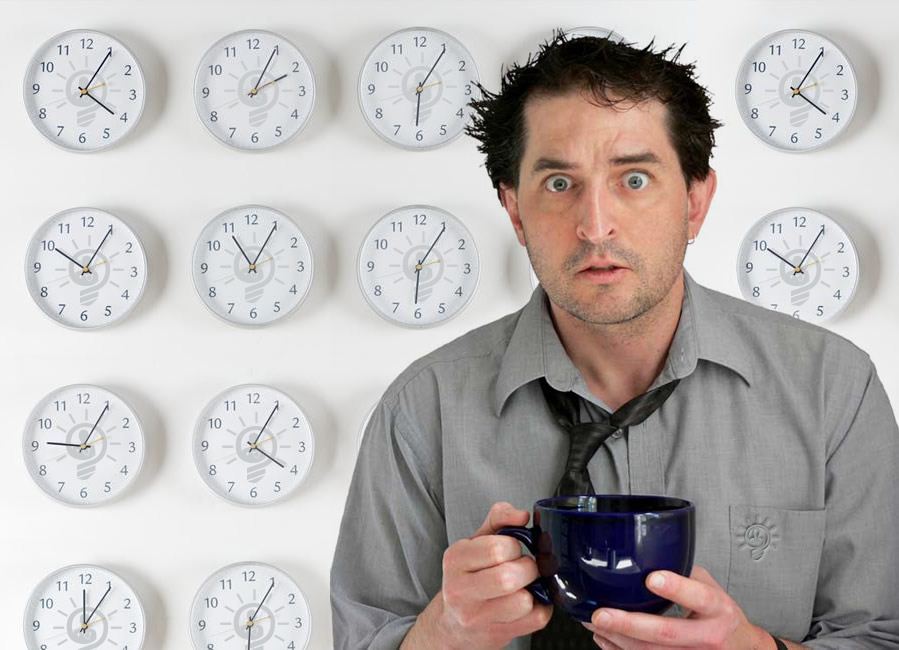 Then there’s the easiest tool of all: caffeine. I’m sure I don’t need to go into the power of a morning coffee—as I can personally attest to right now—or a quick cup of tea. Though there seems to be some inconclusive evidence about the effect of alcohol towards jet lag (most people just recommend you avoid it all together), caffeine intake should be something to consider. If I’m landing sometime in the early or late afternoon, I’ll often opt for the last-minute coffee before arrival to help me power through the rest of the day.

Interestingly, caffeine apparently affects you differently depending on the time of day you decide to take it. For an interesting little scientific segue from the Ehret book:

“Another very dramatic one is to use the chemical tyephylline, which is found naturally in tea; and caffeine and theobromine, which are found commonly in coffee…As amazing as it sounds, through their impact on the cellular time-keeping machinery, these three chemicals (which fall in the major category of “methylated xanthines”) have an ability to reset body clock timers — to, in a sense, stop them ahead or backward…. When methylated xanthines were administered to the laboratory animals in active phase (human “morning), as if they had a cup of black coffee, their body clocks’ timing returned to that of an earlier time of day…..when [they] were given toward the evening hours, once again there was a dramatic reaction, only this time the body clocks’ timing altered to that of a much later hour.”

It is noted that caffeine is usually the most effective when you give them up for a short time prior to taking them again. Too bad jet lag is such a different beast from just trying to wake up altogether, though.