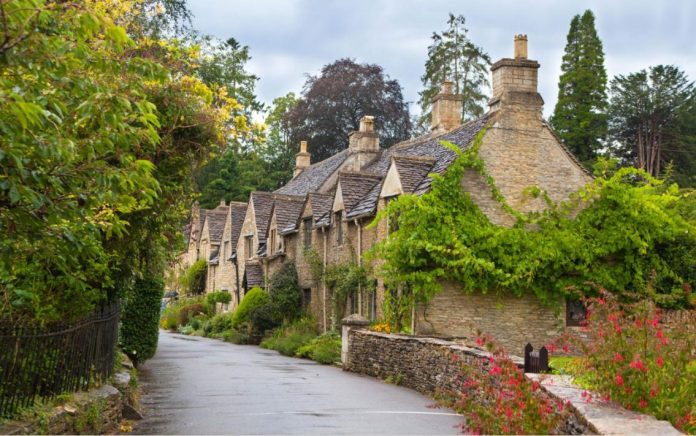 If you’re traveling to England for the first time, undoubtedly London is the first stop on your trip. But once you’ve seen Buckingham Palace and Westminster Abbey, it’s time to leave the metropolis for a different setting. The country is overflowing with quaint, historic towns that feature medieval architecture, charming shops, and pretty beaches. Take a look at these 10 delightful towns that provide a quintessential English retreat. 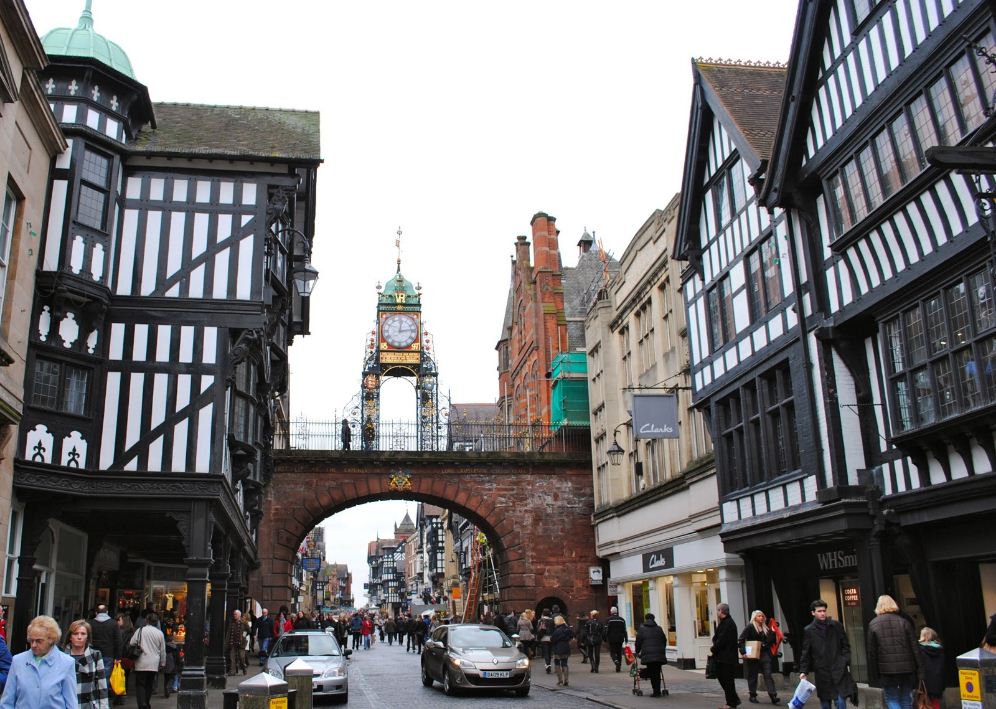 In northwest England, about a 40-minute drive from Liverpool, Chester is a quaint city with a mix of medieval, Victorian, and contemporary elements. It was founded in AD 79 as a Roman fortress and its defensive borders stand today; walking these sandstone walls ranks as the number two thing to do on TripAdvisor. Other attractions include the Chester Castle built in 1070, the artifact-filled Roman Gardens, and the wildly popular horse races. The town is also a large shopping destination known for its Rows, which are charming, unique buildings with shops or homes on the lower two levels — each with their own walkways. 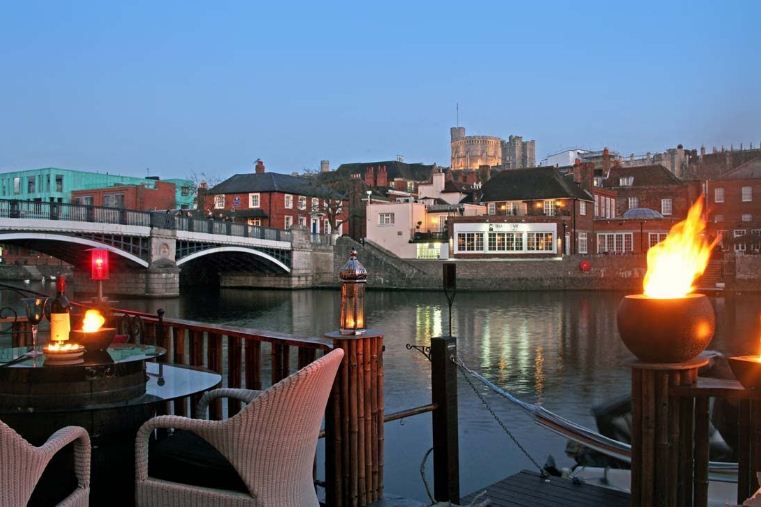 You’ve probably heard of Windsor because of its crowning feature, the Windsor Castle. About an hour west of London, Windsor sees many day trippers who simply want to tour the castle and then turn back; however, the town offers enough to warrant an overnight stay. Firstly, the striking castle was built in the 11th century and is considered the longest-occupied palace in Europe; even when the Queen is staying there, tours are still available. Visitors extending their stays can also take a boat along the River Thames, visit Runnymede (where the magna Carta was signed), or see a play at the Royal Theatre. 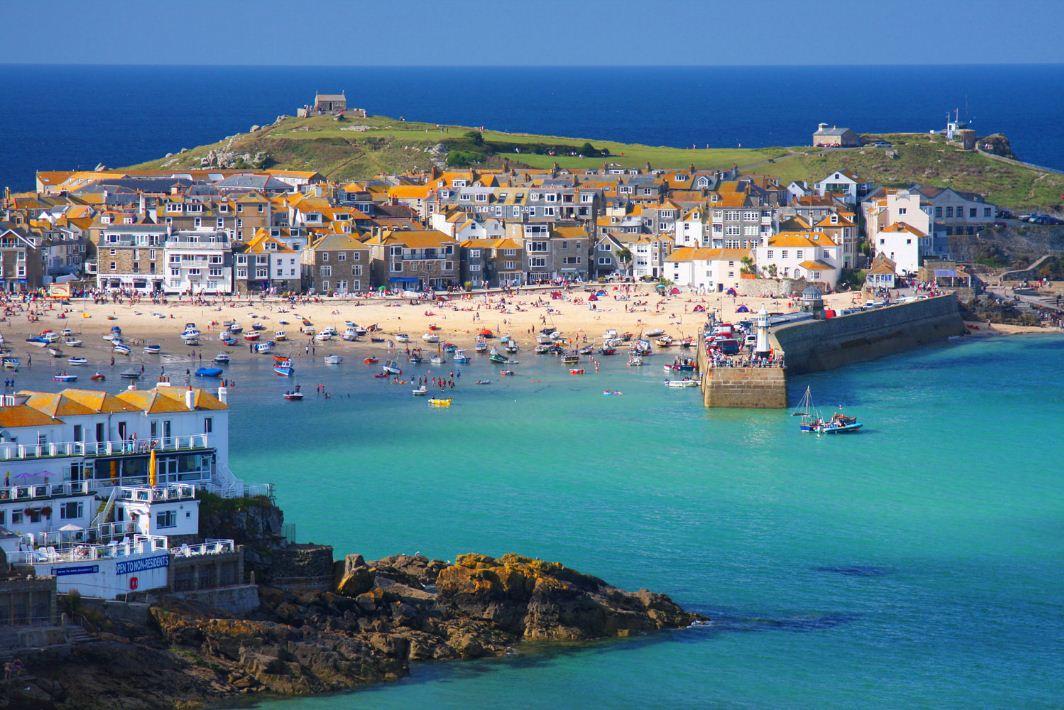 England isn’t all historic buildings and urban landscapes; it also has gorgeous seaside towns for beach lovers. St. Ives is one of those lovely waterfront destinations, situated in the county of Cornwall in the southwestern area of England. At one time a fishing village, it has transformed into a popular resort town known for its numerous artists and galleries, including the Barbara Hepworth Museum and Sculpture Garden. Visitors can spend their days sunbathing, exploring the Tate gallery, surfing, or viewing wildlife at Seal Island. 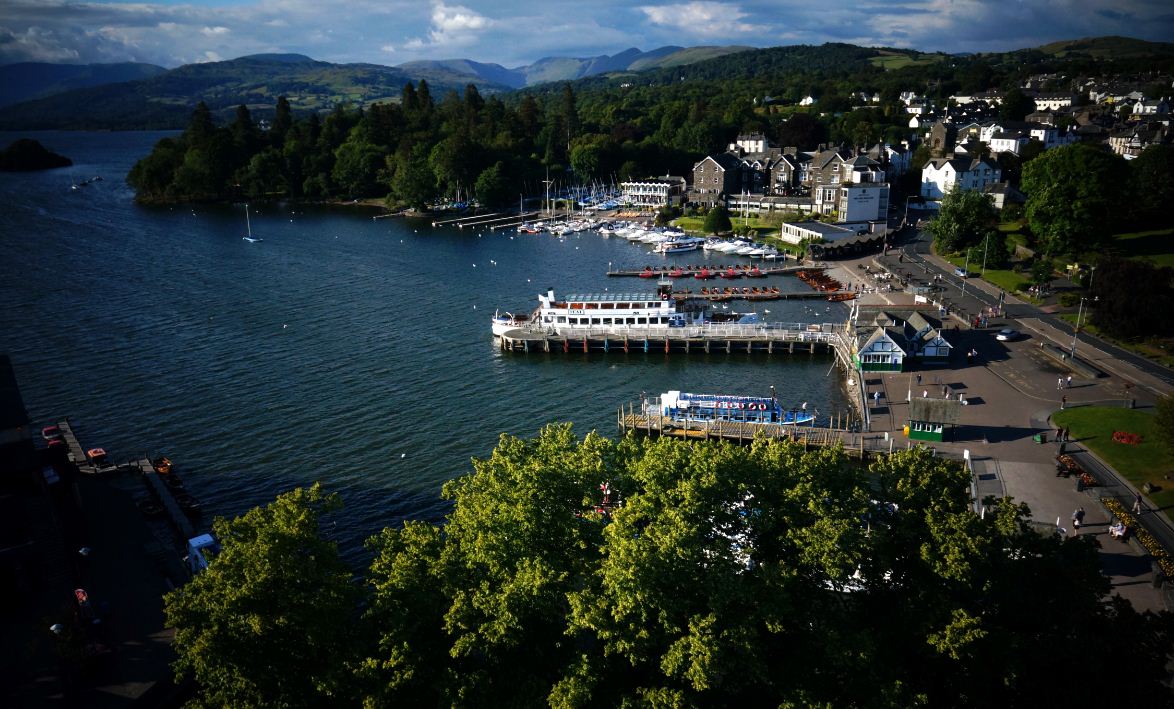 Despite that its population hovers around 4,000, Bowness-on-Windermere is a major tourist destination thanks to its position on Windermere — the largest lake in England. It sits in Lake District National Park, about two and a half hours northwest of Leeds. Seeing as it’s a lakeside town, most activities revolve around the water — sailing, boat tours, canoeing, and area hiking are all popular. The quaint city center also has ice cream stands, cafes for traditional English tea, and souvenir stores. 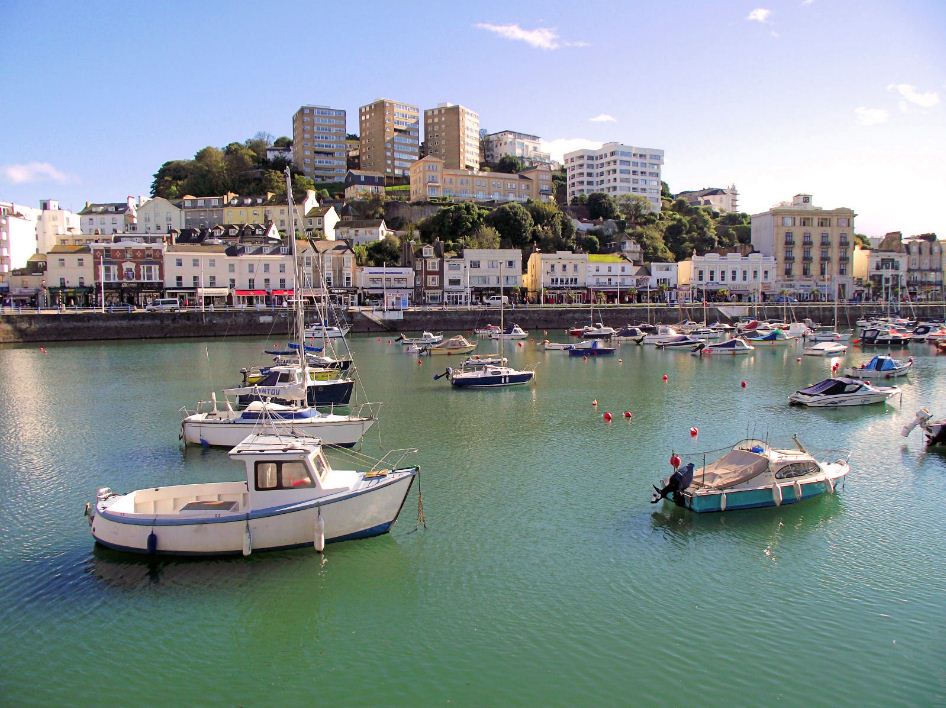 Along the English Riviera is the seaside resort town Torquay, featuring nine beaches. Like many other presently popular cities, it started as a fishing and agriculture hub before people realized its pretty setting was ideal for a relaxing retreat. Also the birthplace and longtime home of Agatha Christie, here there’s even a tour that stops at spots related to her life. Two other favorite activities include visiting the Babbacombe Model Village — which has over 400 models of a typical English village and consistently ranks high among visitors– and Kents Cavern, an excellent cave system that can be explored. Kids will also love the ferris wheel. 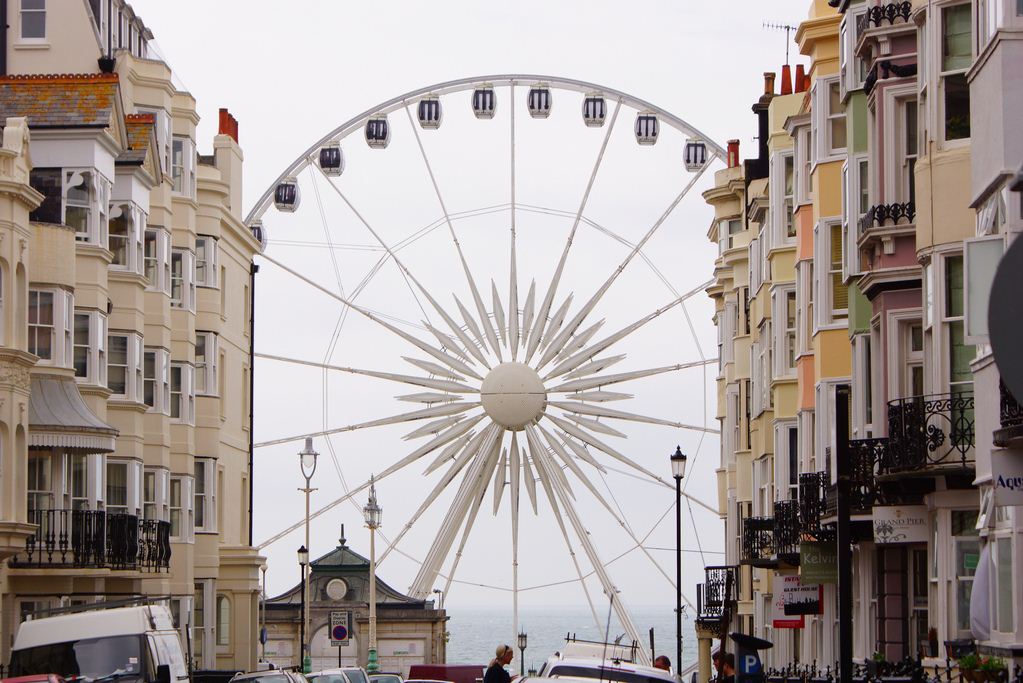 A huge music scene and thriving nightlife are two of the distinguishing factors for this seaside town, just over an hour south of London. Dubbed the “gay capital of England,” Brighton attracts a large gay population, as well as students, tourists, and party-focused Londoners. Travelers can walk along the promenade to the ever-popular pier during the day, then head to one of the numerous pubs and kitschy shops, or catch a show at the famous Brighton Dome. Also not to be missed is the stunning Royal Pavilion, commissioned by George, Prince of Wales in 1787, to act as his seaside retreat after falling in love with the town. 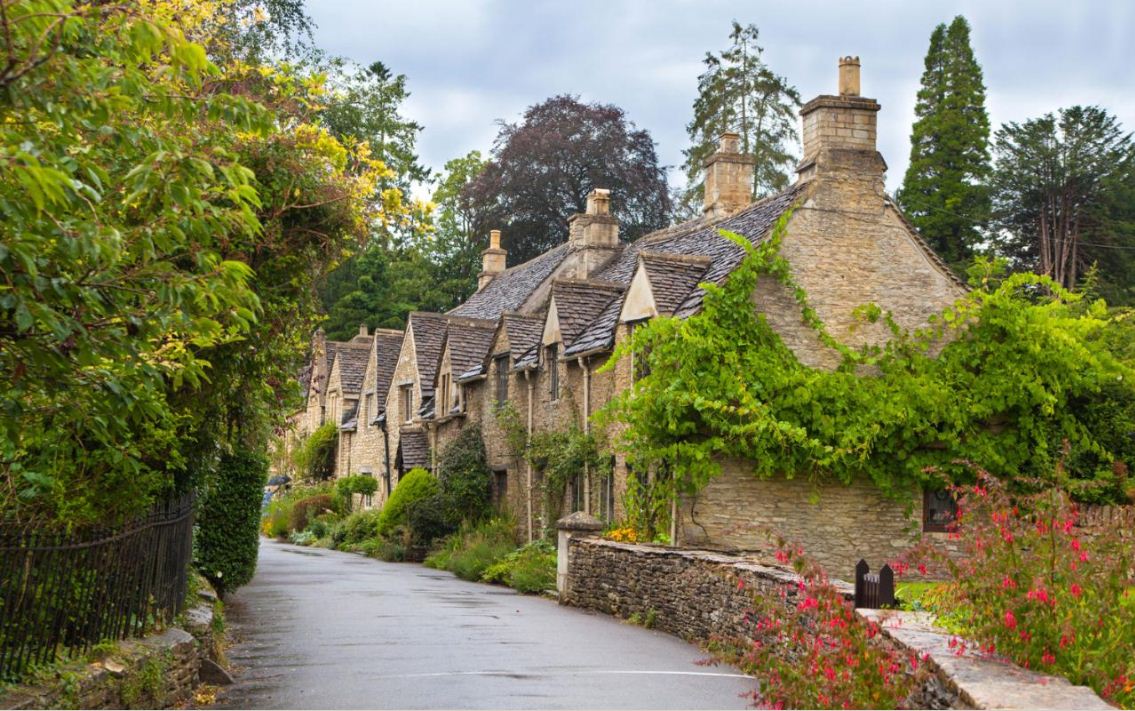 If you’re looking for more of a quintessential English town, then the adorably-named Chipping Campden will surely fit the bill. It’s a charming destination with old inns, gorgeous gardens, and a 1627-built Market Hall structure that was used by traders to set up shop. This and the surrounding buildings feature local Costwold Stone — a pretty, honey-colored limestone. Walking through the main street, visiting the medieval St. James’ Church, and meandering through tranquil grounds at the Hidcote Manor Garden, visitors may just feel like they’ve stepped back in time. 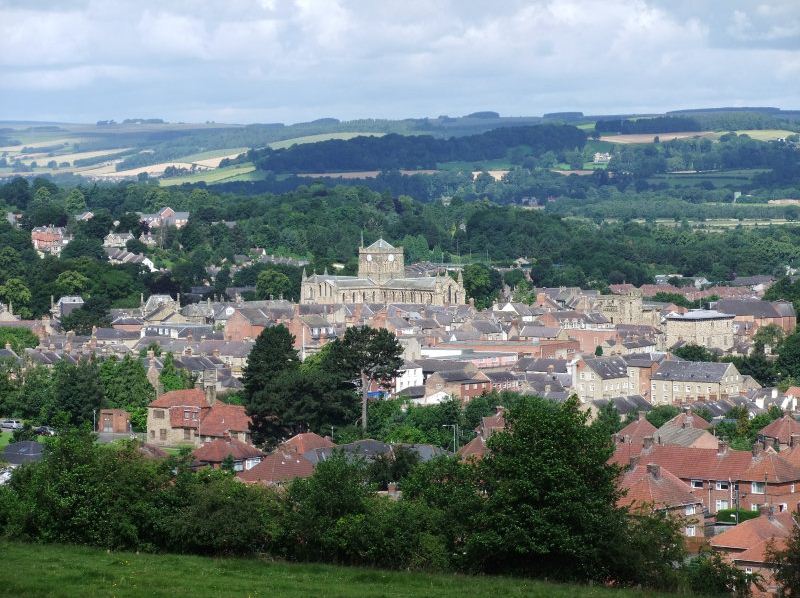 Nearly equidistant to both Leeds and Edinburgh, Hexham is another market town with a population around 12,000. The town centers around Hexham Abbey, which was founded in AD 674 as a monastery and holds regular services; the original crypt survived, but most of the building was rebuilt over the years. Other notable town features include Falconry Days — a place to fly owls and falcons, among other birds; the Old Gaul — a former prison that now houses a museum; and Vindolanda — an archeological site of Roman ruins. If staying the night, you’ll undoubtedly want to lodge at the 14th-century Langley Castle. 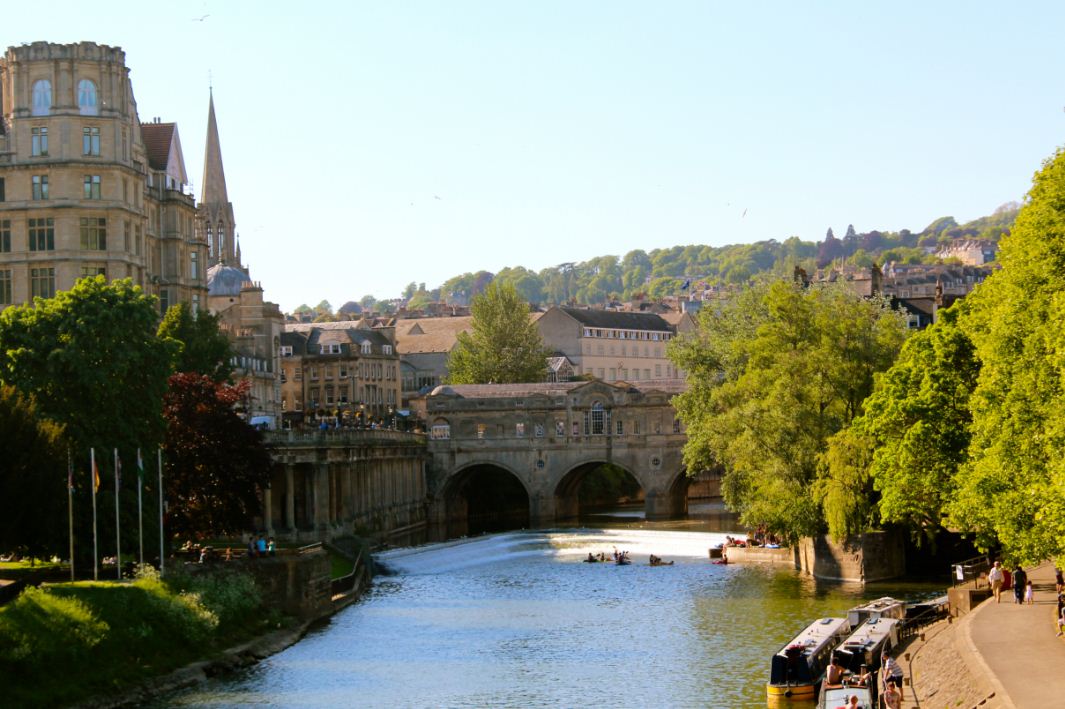 A well-known and perhaps perfect English town is Bath, a World Heritage Site located in the Cotswolds. Bath is popular for its hot springs (the only natural springs in Britain) and preserved Roman bathhouses — an impressive sight that’s not to be missed. Additionally, the grand Royal Crescent is an excellent example of 18-century Georgian architecture — a (pricey) stay here will give travelers a chance to feel like the British aristocracy. “Pride and Prejudice” fans can head to The Jane Austen Centre, while church-lovers can go the Bath Abbey. This is a very walkable city, with old-fashioned pubs, shops along the Pulteney Bridge, and plenty of museums to fill your days. 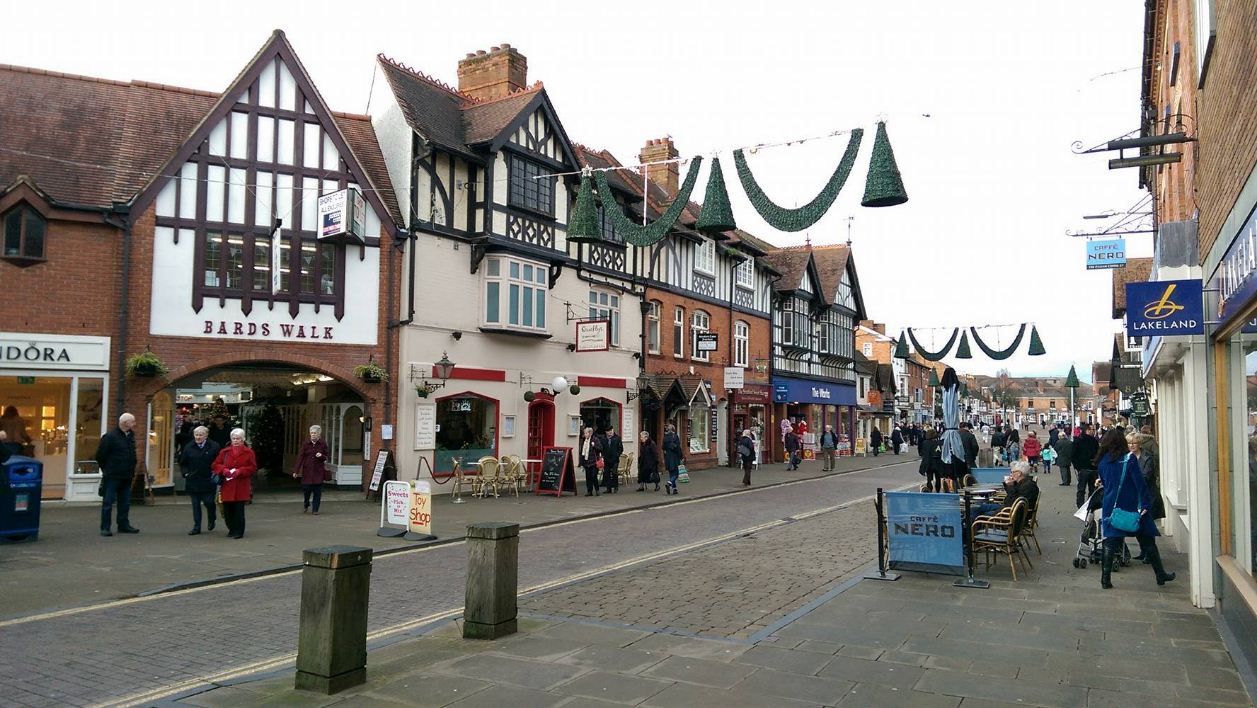 If you’re a Shakespeare or classic literature fan, then the famous playwright’s hometown of Stratford-upon-Avon should be on your travel radar. Though there will be many other schoolchildren and Shakespeare aficionados here, his birthplace and Anne Hathaway’s (his wife, not the actress) cottage can be visited. A play at the Royal Shakespeare Theatre is practically required, while a boat ride along the canal or a trip to the butterfly farm are other pleasant activities.