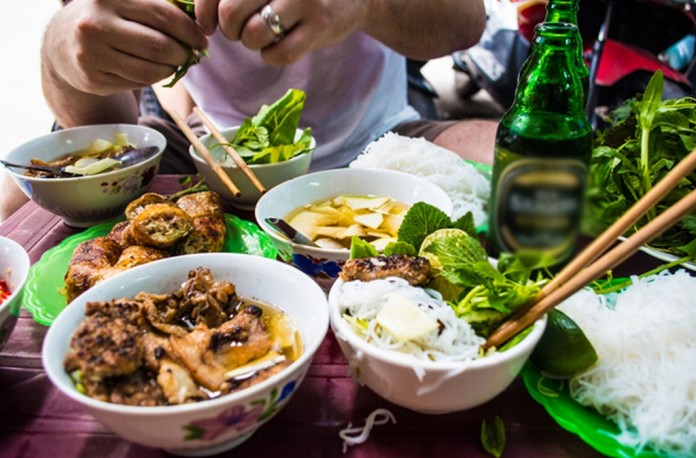 Couple Chris and Danika from San Francisco (USA) were well-known for quitting their jobs and selling all their properties to travel. During the trip around the world, they chose Vietnam as a stop, spent 3 weeks traveling from North to South, through big cities like Hanoi, Halong, Hue, Hoi An, Ho Chi Minh City and the West. Not only did Chris and his wife admire the miraculous scenery, but they also made a tour of the food along the country with the characteristic taste of each region.

Below are great tips when eating in Vietnam of Chris and Danika:

I have a great interest in Vietnamese food due to very creative and unique blend of sweet, sour, spicy tastes. Wherever we visit, we order the familiar dishes such as Pho, bun cha, but of course, each region has an original style with separate taste. This is such an enjoyable thing, we are fortunate to have 3 weeks eating Vietnamese food, sleeping in Vietnamese house, therefore, we can partly feel somewhat this subtlety and difference.

Pho in the North is very different from Pho in Saigon. Eating culture in each place is different as well, in Hanoi, crowded eating places are usually roadside small, independent restaurants. While in the Central, we can find the most focused eating and drinking market. What’s about in Saigon? In this most dynamic city, every food can be found on an eating and drink street.
We quickly realized that eating in traditional Vietnamese restaurants is very different from eating in European and American restaurants.

Many restaurants in Vietnam (especially in Hanoi) did not look like an ordinary restaurant. Occasionally, some restaurants are located behind the door of someone’s house, they will serving you food right in their living room. In many eateries, people just gather around a stroller with a grill on the sidewalk. We used to walk toward the people who are sitting on plastic chairs and eating on the pavement, ordered the same food and enjoyed a really tasty meal.

A golden rule which is applicable in most parts of the world, especially in Vietnam, is never eating in the restaurants having only foreign guests. Such restaurants are usually very clean, however, though the price is costly, the quality is not outstanding. Be brave to follow the locals, stop at a crowded-native restaurant. Do not be too worried if they do not have a menu translated into English, let’s look at the dishes that seem the most delicious, or the most widely used, then use the body languages to express to the sellers. Places like this always have succulent food, original flavors, and the price is only a fraction compared to the restaurants for tourists.

Little expectation about the menu

Since the majority of the roadside stores in Vietnam serve a single dish, for example, pho, noodle,… ,it will take you less than 30 seconds- the enough time to turn around and just grab a chair before waiters bring you what his restaurant sells like pho, bun cha, …

The climate of Viet Nam is very hot so a glass of beer will help you quench your thirst immediately. In the summer, it’s clearly seen that beer is sold everywhere. We bought beer from an elderly woman selling in front of the home, sat next to her on plastic chairs, watching people pass by. Beer in Vietnam is not only very cheap but very tasty.

But do not just drink bottled beer, try keg beer, a local, cheap beer in Vietnam. These two words mean “fresh beer“, that is, we’ll have a chance to drink glasses of beer twisting straight from the faucet, they come out of the oven in the early morning and are sold out during the day. It’s much more cherry to drink beer with lots of ice in a hot and humid day here.

The favorite dishes of the couple 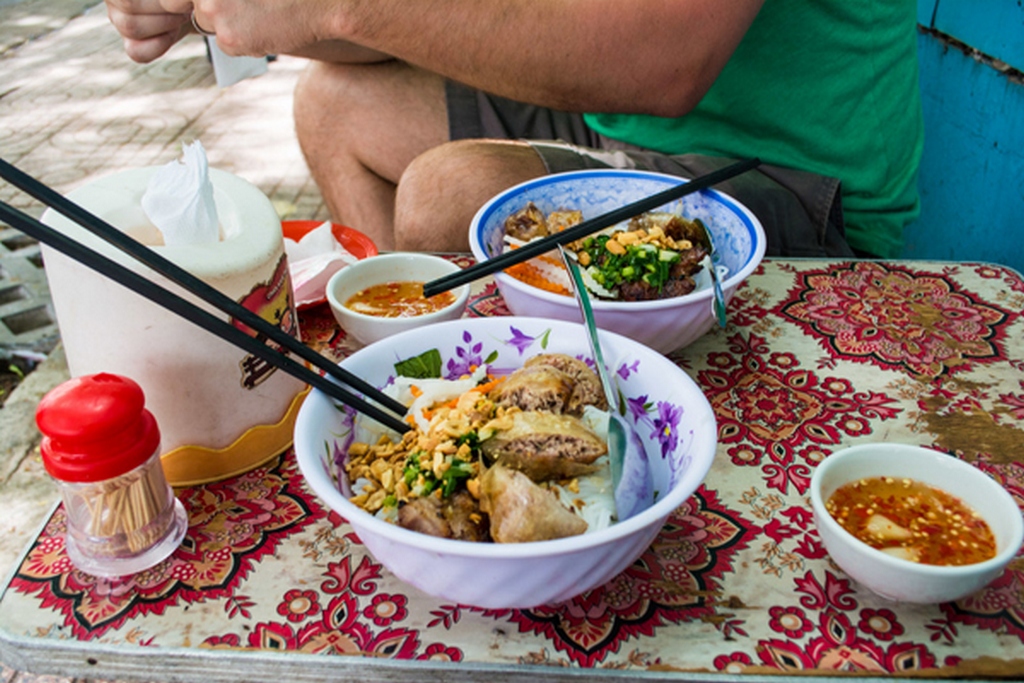 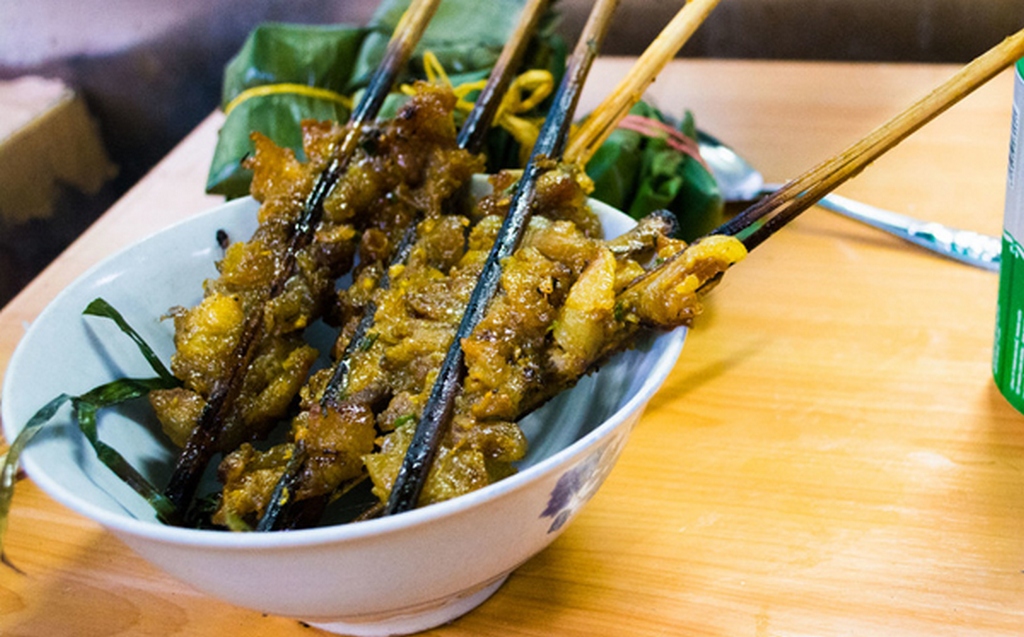 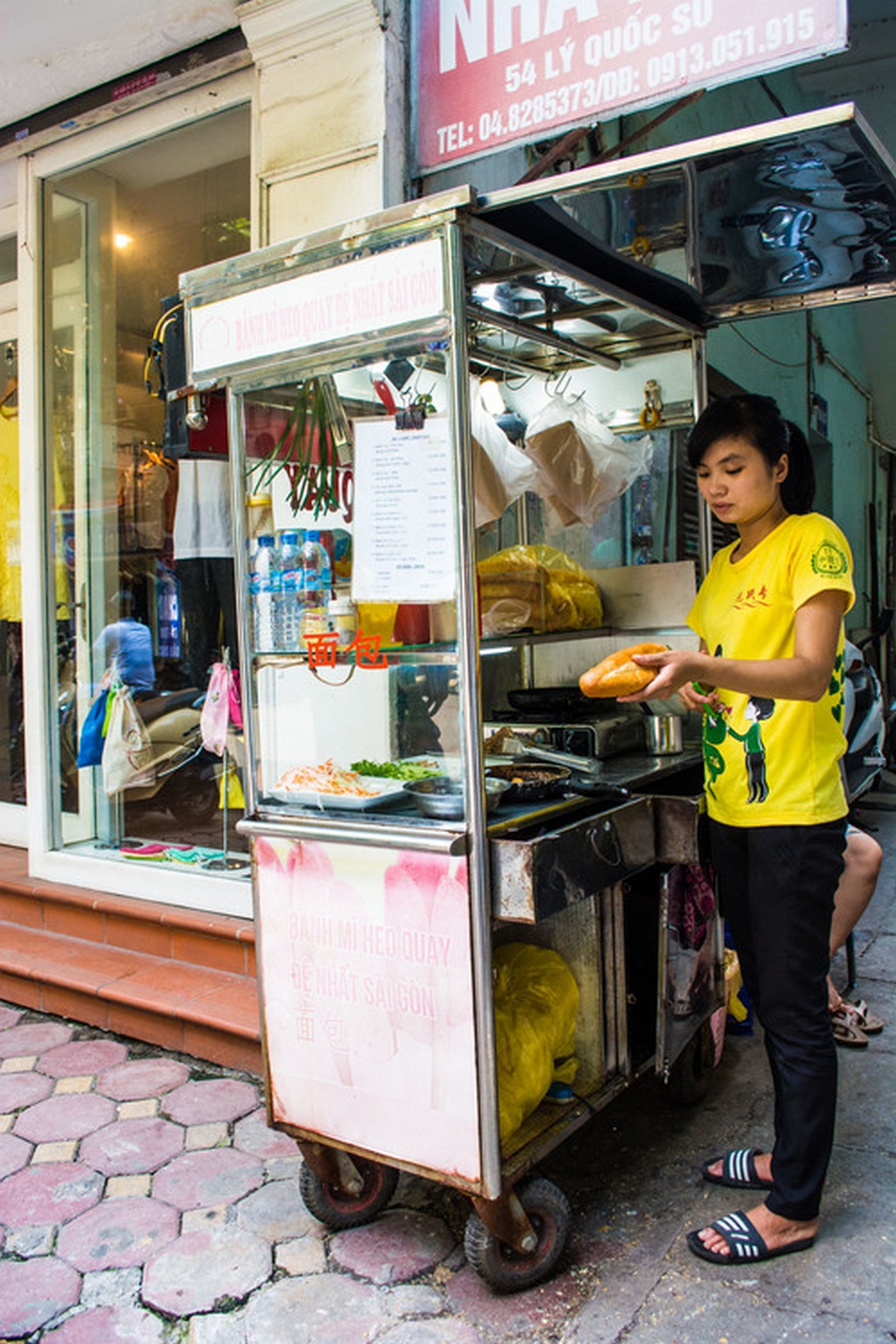 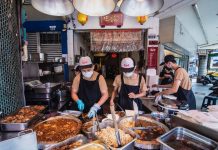 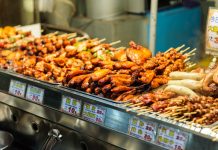