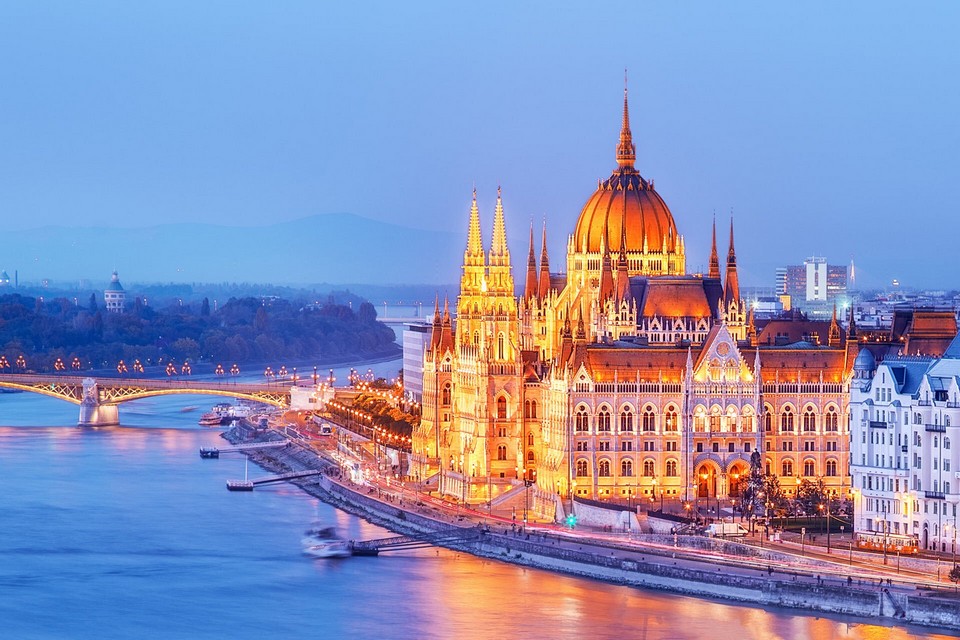 The blue Danube river flows through the city center of Budapest and divides the city into two parts: Buda and Pest. Buda on the left bank is built on a hill with many beautiful castles. On the right bank is the city of Pest built on a plain with medieval buildings. Buda and Pest are connected by 9 bridges across the Danube, each of which has its own beauty and serves as the lifeline between these two parts of the city.

Budapest is considered one of the most beautiful capitals in the world with quaint, splendid and magnificent architecture of impressive castles, fortresses, historic bridges spanning the Danube. Budapest is also a city that owns many UNESCO World Heritage Sites: The view of the Danube River, Andrássy Avenue — the place often chosen by Hollywood filmmakers to film the first scenes of Europe…

Best places to visit in Budapest: Visit the ancient Vajdahunyad Castle (Remember to visit its museum)

This ancient castle and its surrounding areas can be considered a small park: Including gardens, structures, lakes and museum. I am in love with this large and extremely interesting castle along with its museum of history, which holds a lot of historical artifacts from the past.

After satisfied of visiting the museum, when you go out, you can climb up the tower to look down at the gothic church and monastery right next to it. From up there you can see the castle’s medieval entrance! Then take advantage of a small picnic next to the lake. It’s so comfortable! In the summer, you can also rent a pedal boat on the lake around the castle. 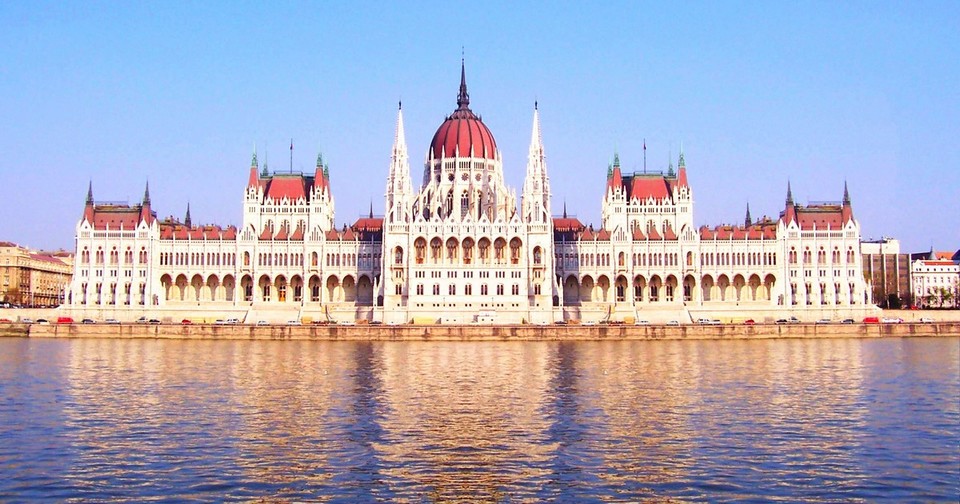 This can be considered as one of the Europe’s most beautiful parliament buildings. For me, it is also one of the most impressive architectural buildings I have ever had the opportunity to visit. The building is designed in the neo-Gothic style, but the central dome of the building is designed in the Neo-Renaissance style. Just visit the large and monumental square outside, I was also so excited and satisfied!

I strongly recommend you to visit inside. The architecture and interior of the splendid, majestic, magnificent parliament building is not inferior to any famous castle in Europe. Until this day, a part of the parliament building is still the official workplace of Hungarian politicians. Only one part is open to visitors and a museum. If you buy a ticket, you can be arranged a tour. Tours are available in many languages, very convenient, cheap, and very educational. Parliament House is open all week, winter from 8 a.m. to 4 p.m. Summer from 8 a.m. to 6 p.m. 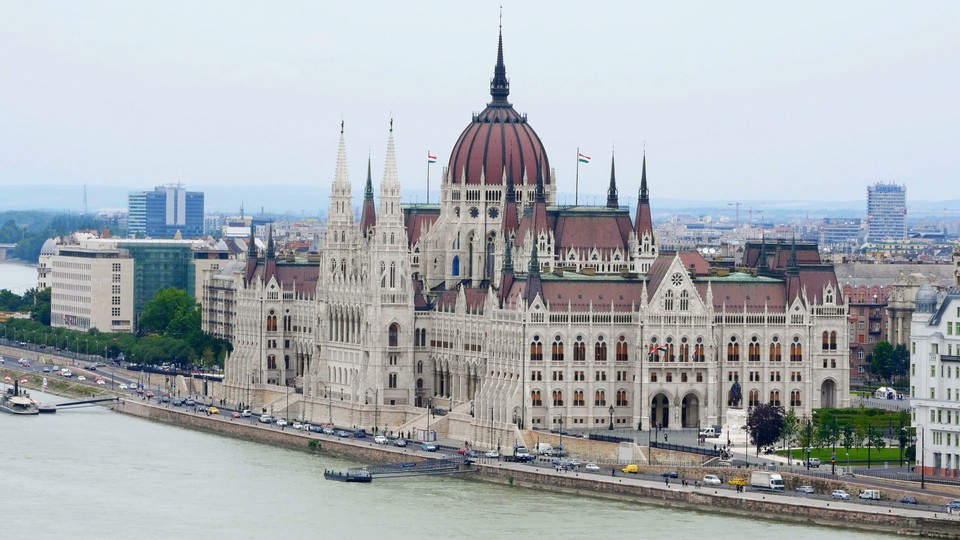 It can be said that Budapest is a city of giant architectural works. Not only the majestic parliament building, but also the Buda castle is equally majestic. This castle complex, just visiting the outside is already take half a day! Standing proudly on Buda Hill, this castle also houses an art museum. And Hungarian art is beyond discussion! Must enter immediately to admire. 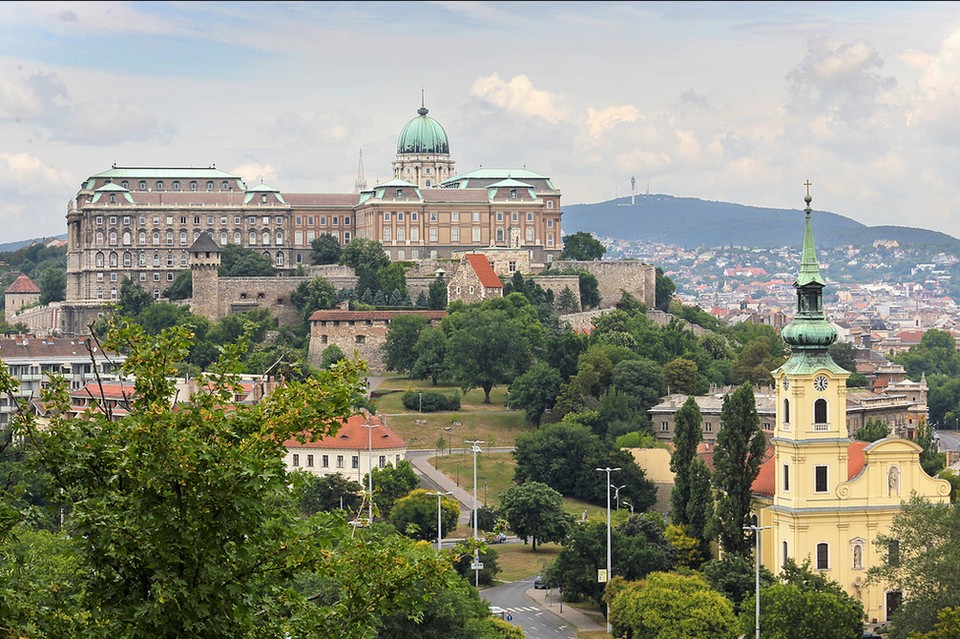 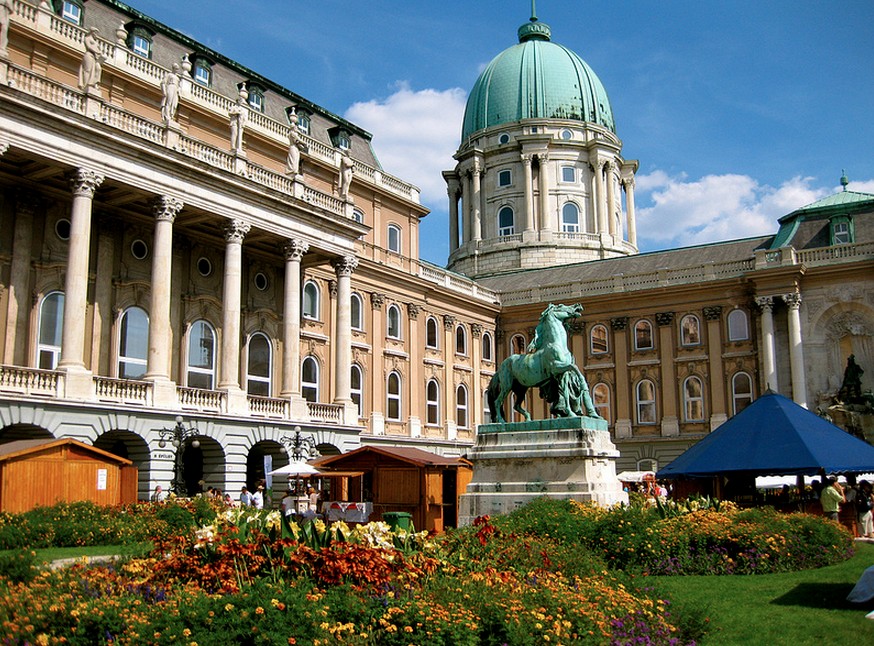 (However, if you are not a person who is particularly interested in “hunting” museums, you do not need to go inside the castle to see. Because Budapest also has a national museum which is much more attractive).

At the castle grounds, you can look down on the romantic Danube river and the epic parliament building!

Best places to visit in Budapest: Catch the sunset over the Danube when visiting Fisherman’s Bastion complex and Matthias Church

Although bearing Gothic Revival, Romanesque Revival, Neoclassical architectural styles, the Fisherman’s Bastion was actually built between 1895 and 1902, to celebrate the 1000th anniversary of the Hungarian state. Fisherman’s Bastion has the best view of the Danube and the parliament building. Watching the sunset here is really nothing more wonderful.

Inside the Fisherman’s Bastion complex, there is a bronze statue of King Stephen – the first Hungarian King. Also on the same grounds is the towering Matthias church in neo-Gothic style. To read more about the history of Fisherman’s Bastion, visit this page.

Notes: Basically, most Fisherman’s Bastion is free to enter. Just walk in from the Matthias church grounds. Especially from October to March is completely free. Only during the tourist season, some places collect admission tickets, few donations mainly for maintenance only. If have, It’s also very cheap admission, just two or three euros.

Where to go in Budapest and must visit places in Budapest: Visiting St. Stephen’s Basilica, which is not inferior to the Vatican

This church is one of the most splendid churches in Europe. And I, even when I have had the opportunity to visit many churches, I was still overwhelmed when I came here. The exterior is overwhelmingly large, the interior is really as grand, magnificent, majestic as the Vatican’s St. Peter’s Basilica.

After visiting the church, don’t forget to climb the tower to have a panoramic view of the city! 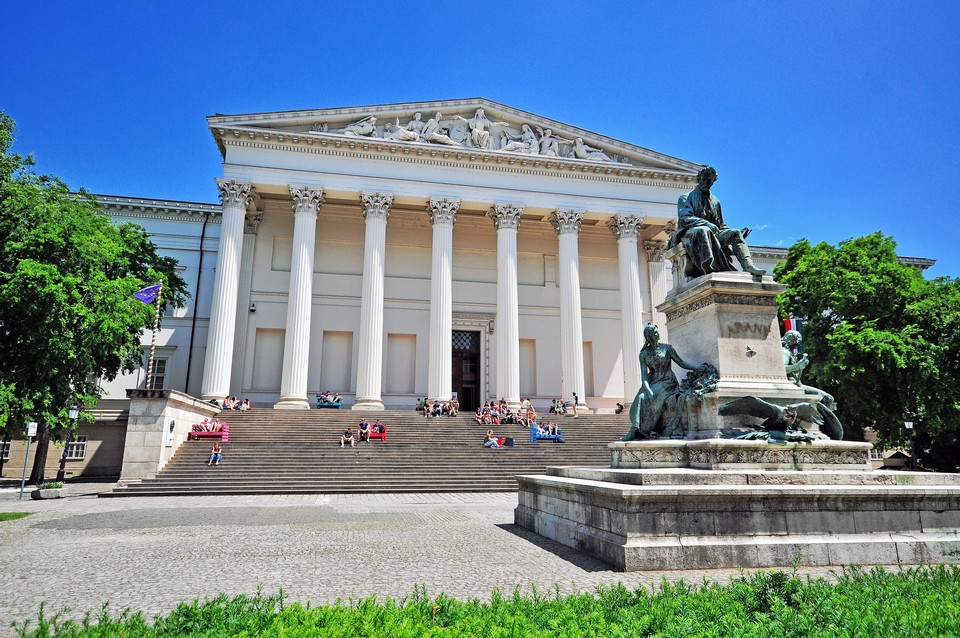 This museum is so magnificent and classy. Although honestly, most of fine arts museums in Europe, such as the Austrian National Museum, the Bordeaux fine arts museum, the Louvre, etc. are somewhat too perfect, Academic style. But visiting them, you see how luxurious European culture used to be. If you have time, you should also give it a try.

Top 10 places to see in Budapest: Go up the hill of Gellert to visit Citadella for a top-notch city view

The Citadella was a military stronghold of Budapest that was ordered by an Austrian general to be built after the Hungarian Revolution in 1956. Citadella is located on Gellert Hill.

Because Citadella is located on a very high hill, the climb is must. There are not many public transport to bring guests up to the place. So, you have a few options:

Where to go in Budapest? Must go places in Budapest: Dohány Synagogue

This church is not necessarily a must visit if you are not a very religious person. The interior is also beautiful. But the entrance fee is quite expensive compared to the general cost of sightseeing in Budapest. If you are really curious, you can visit. Otherwise, I advise you should also not visit.

Some best day tours, trips, activities and transfer services, tickets in, from and to Budapest you can refer to 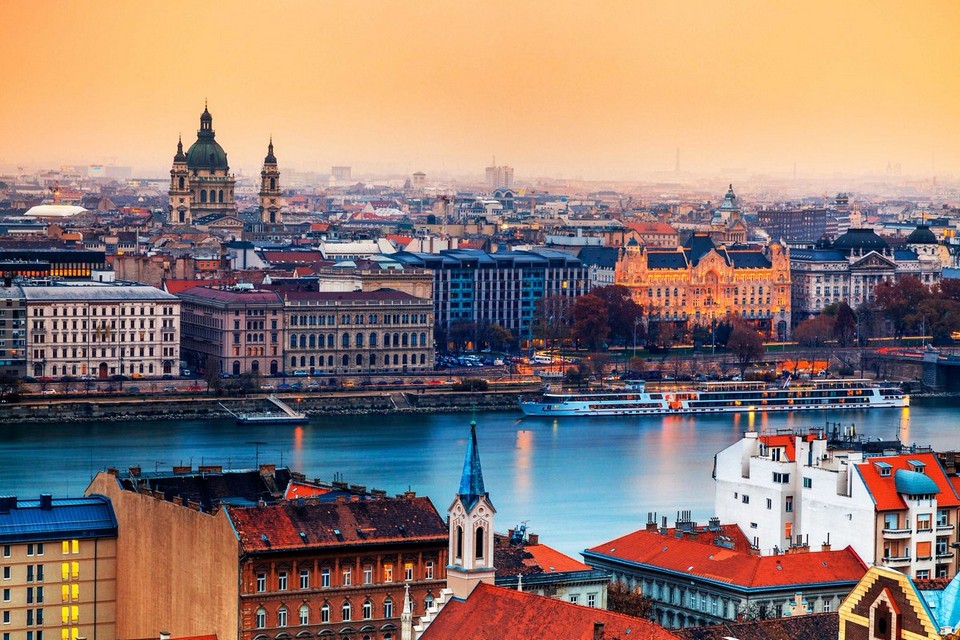 Are you looking for more top things to do in Budapest: Tours, activities, attractions and other things? Let’s check it out here. And Hungary guide here.