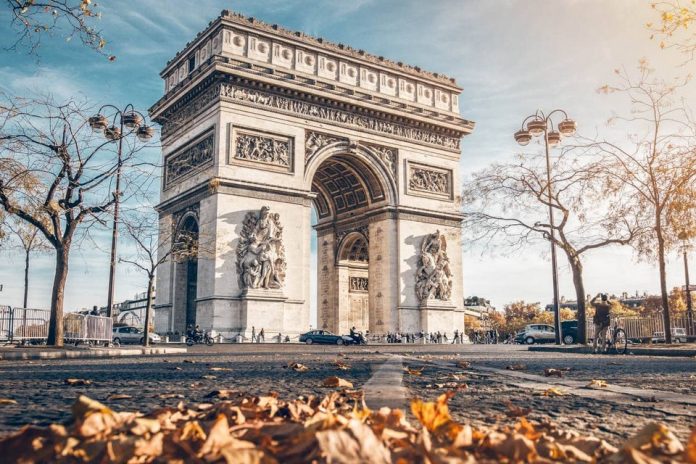 It must be said that before coming to Paris I was fascinated by the pictures with the panoramic views of the whole city from the Arc de Triomphe. A magnificent of Paris was master planned from hundreds of years to now still retains its value. Standing here I can see the Eiffel Tower, all roads are converged to one point and see the panoramic view of Paris when night falls enchanting. So, what’s hot in the Arc de Triomphe Etoile Paris and how to get to arc de triomphe? Let’s check out our arc de triomphe paris blog on how to visit one of the must-visit places in Paris, its history, entrance ticket, getting there to clear the answer!

I crossed the Champs Elysees to reach the Arc de Triomphe quite early before the afternoon. At this time around 6pm, the reason I say early is because I want to stay here until it gets dark and the lights of Paris light up, and the daytime in Europe is often lasting very late, until 9:00 pm.

In fact, there are two Arc de Triomphe in Paris: the Arc de Triomphe is the triumphal arch located in Étoile Square and another Carrousel triumph arch which you will see when entering the Louvre museum, the smaller. Arc de Triomphe is well-known because it is an important intersection of Paris and is frequently used to organize major events.

The origin of the Arc de Triomphe is a work built by Napoleon in honor of his army, so you will easily see the sculptures of the victories, statues, reliefs and carvings of the hero’s names of the army. Right below its foot is the tomb of the unknown soldiers in World War I. 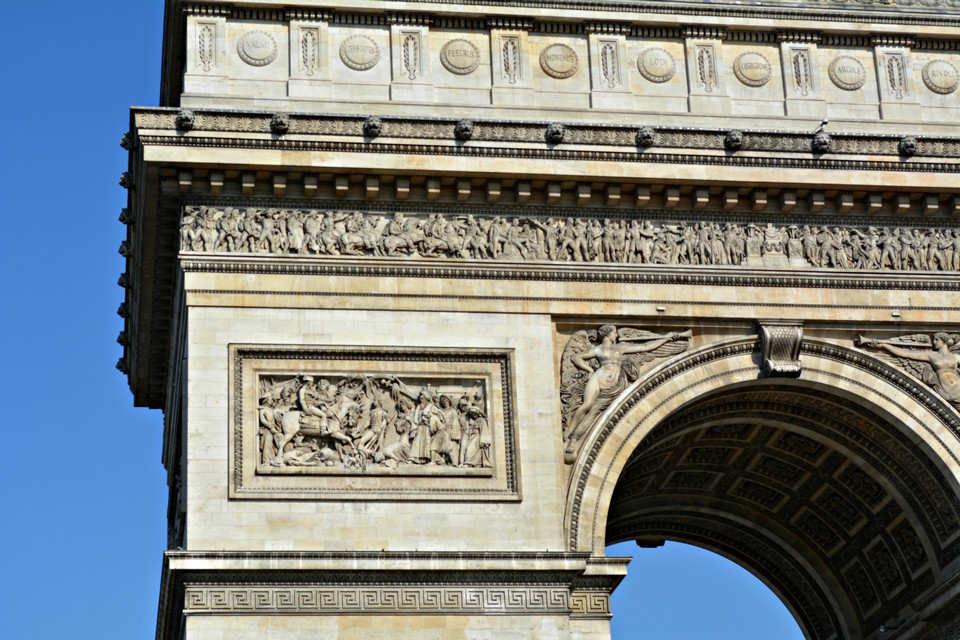 How to get to Arc de Triomphe Paris?

It is not too difficult to get here, if you walk then go straight in the direction of Arc de Triomphe Avenue to the west to the end point is Charles de Gaulle Square, which is also a bit long. As wide and famous as La Rambla in Barcelona, ​​the Champs Elysees has a major highway for vehicles in the middle, while in Barcelona it is only for pedestrians. If you take Metro, there are plenty of options, you can take Metro lines 1, 2 and 6 or TER line A to the end point of Kléber, George V or Argentine station, while take the bus, you can take the bus No. 22, 30, 31, 52, 73 or 92. 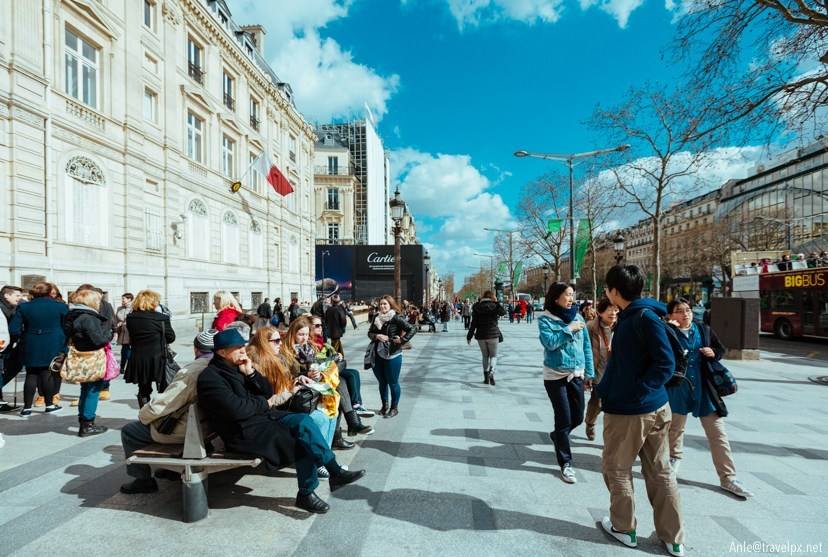 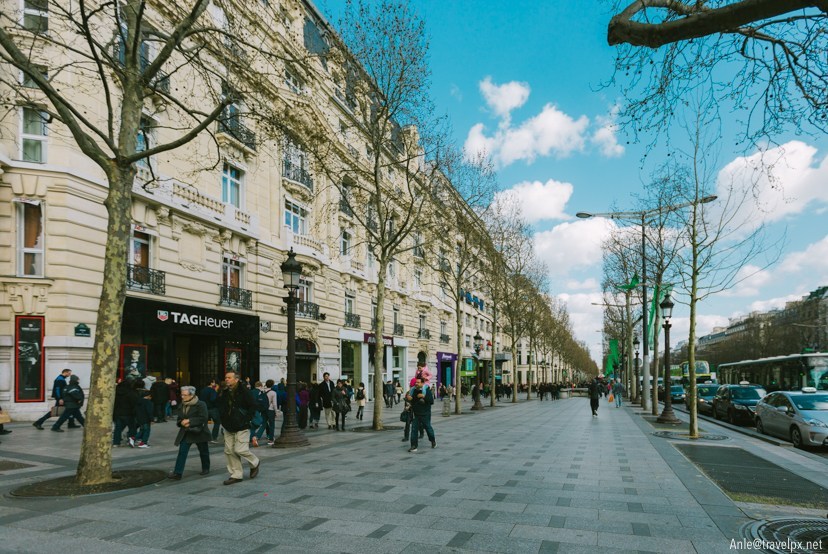 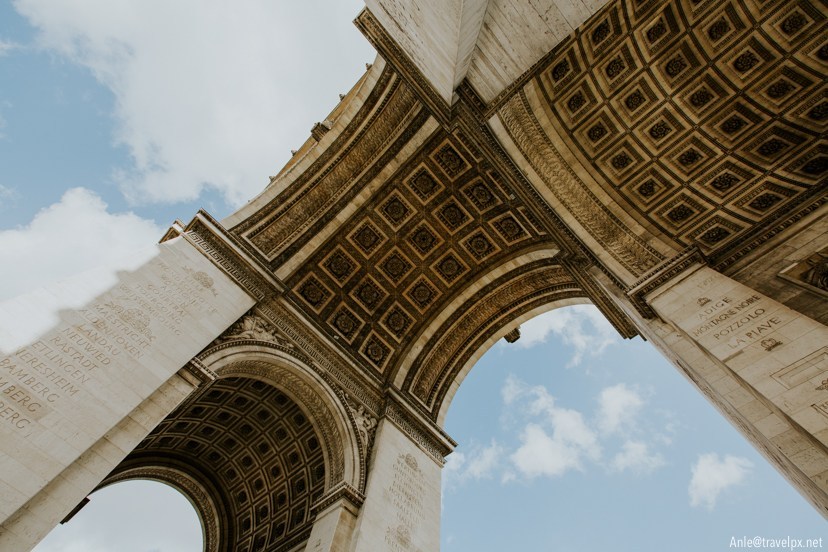 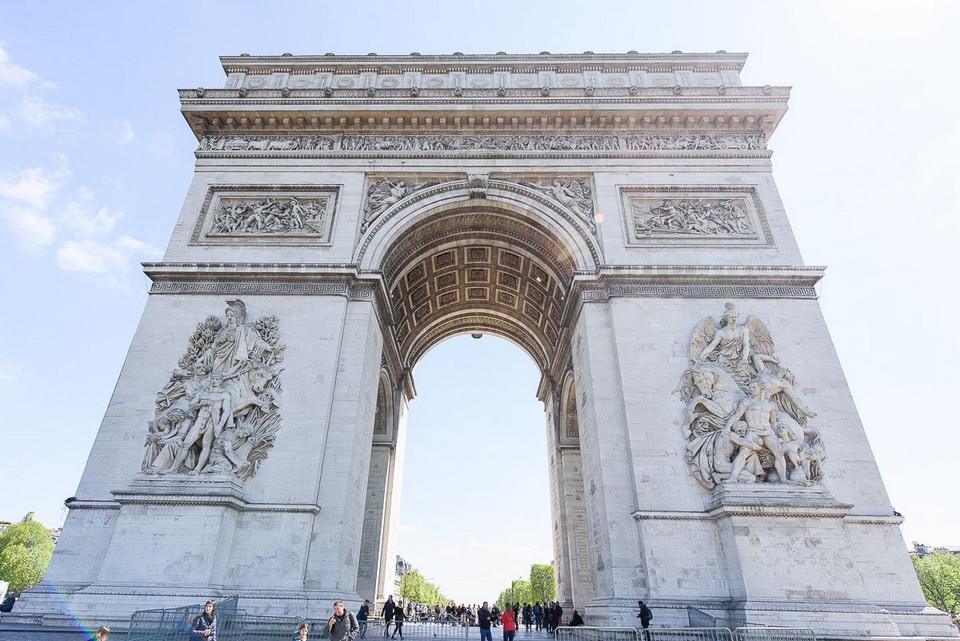 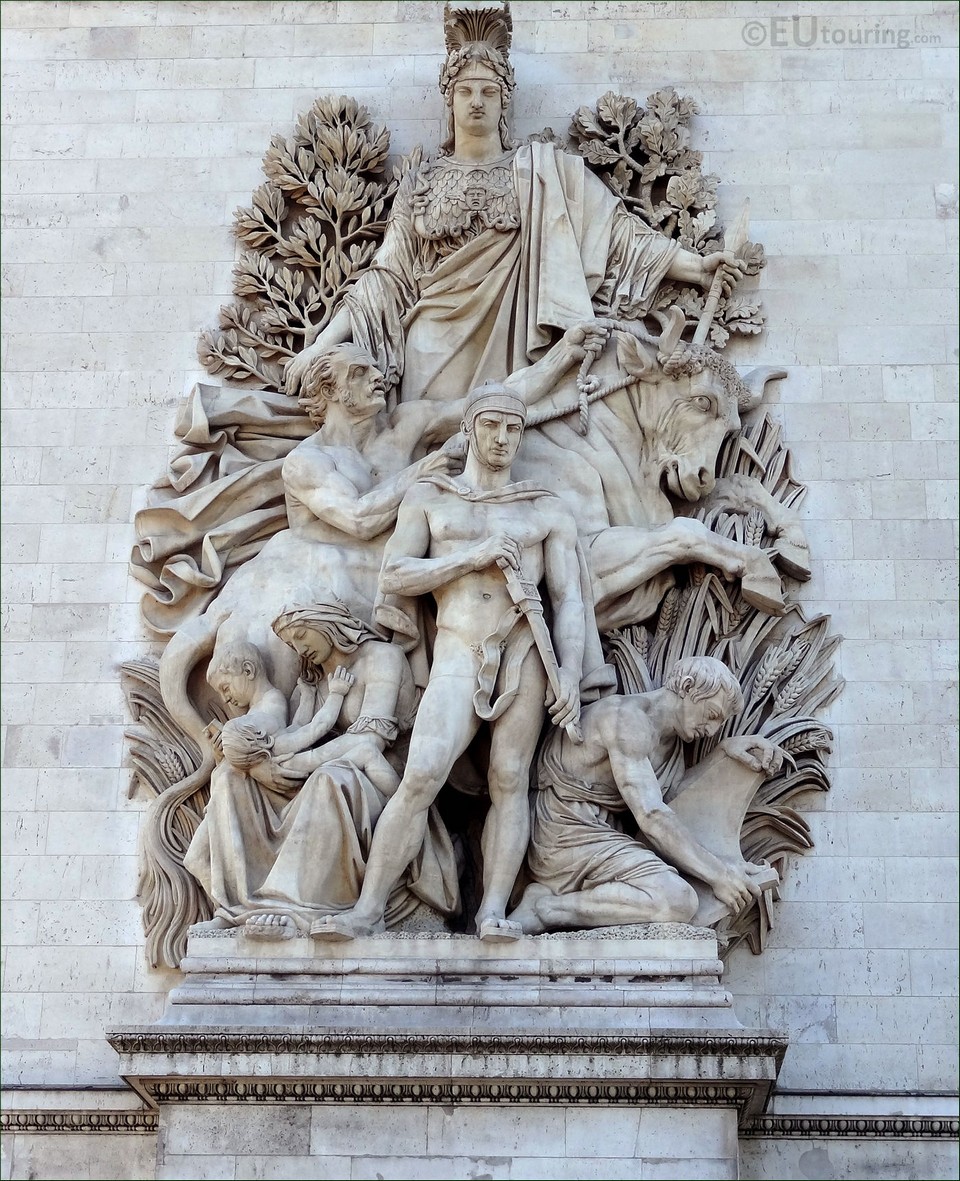 How to buy Arc de Triomphe Paris tickets and visit?

Admission is EUR9.5, but it seems that the ticket price increases because it was only about EUR7, perhaps because of the devaluation of the Euro against the USD that the city government decided to increase the fare of attractions in Paris?!! I bought tickets quite quickly and did not have to queue like in the Louvre or the Eiffel Tower, the number of tourists coming here was not too crowded.

After buying a ticket, I started to go inside, there will be no elevator to go up, but you will have to climb the stairs, but the stairs also only allow one person to go in a spiral shaped. Reach to the floor adjacent to the top is a gallery of historical objects such as the uniforms of the French soldiers in the past, and also souvenirs of this historic site.

I don’t spend too much time here because I don’t like research of history very much, strolling around 10 minutes and I go to the terrace above. Wow, as I stepped out the door, I felt the strong wind blowing in my ears. The rooftop looks is really wide, the walkway up is arranged in the middle and around is a large square space, the fence is quite high to ensure everyone’s safety. Not only that, there are always 2 guardians around to watch.

The photos are taken from the Arc de Triomphe, from here we can see the Eiffel Tower, the new modern La Defense district and all the roads converging to the same point. Of course, the highlight is still a Paris with an impeccably beautiful plan.

I stood here for a long time waiting for the sunset to descend, which is the best time for the pictures of Paris when captured from the Arc de Triomphe. One thing to note to the photographer is that the tripod will not be allowed here, including at the foot area of Arc de Triomphe and on the top. The security guard will give you a reminder even though they will not check your baggage when you get here. To me this is very disappointing because I really need a tripod for my photos when it gets dark, so sometimes when see the security guard does not notice, I pull out to take a few photos and hide it again. But due to they requested too many times so I ended up having to put on the top of the wall to take pictures. 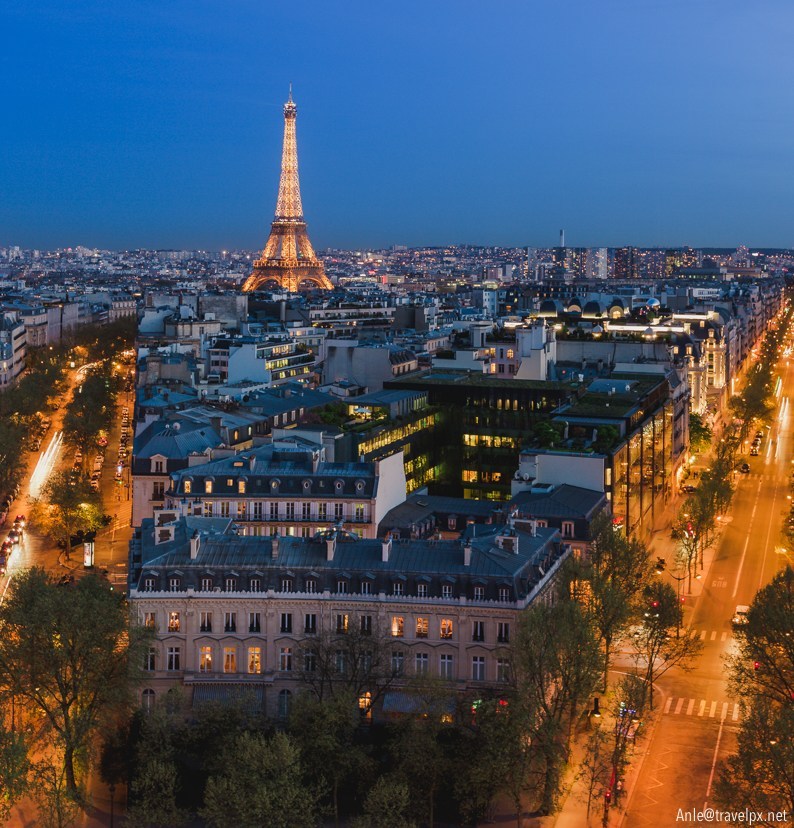 Some experiences for you to visit Arc de Triomphe

Some best day tours, trips, activities and transfer services, tickets in, from and to Paris you can refer to

Are you looking for more top things to do in Paris: Tours, activities, attractions and other things? Read more: Paris travel blog — The fullest Paris travel guide blog for a great budget trip to Paris for the first-timers. And let’s check it out more here.