My last day itinerary in Rome includes: Piazza Navona, Pantheon, Piazza Venezia and The Altar of the Fatherland Victor Emmanuel II Monument). Then we went back to the Airbnb to packing luggage and go to Roma Termini station to play and from there we take the train to Leonardo da Vinci–Fiumicino Airport.

This is the most famous square in Rome, Italy. Any tourist when visiting Rome cannot miss Piazza Navona.

Stepping into the center of Navona Square, you will immediately see the Fontana dei Quattro Fiumi Fountain (Fountain of the Four Rivers), which was designed by Bernini, depicting four river gods. If you are a fan of Dan Brown’s Angels and Demons novel, this is the fountain mentioned in that novel.

TIP 1: You should buy bottled water in supermarkets for cheap (2 cents/bottled water of 2l). After drinking, keep the water bottle container to get drinking water from public taps in Rome, the water at public tabs is free and very clean. 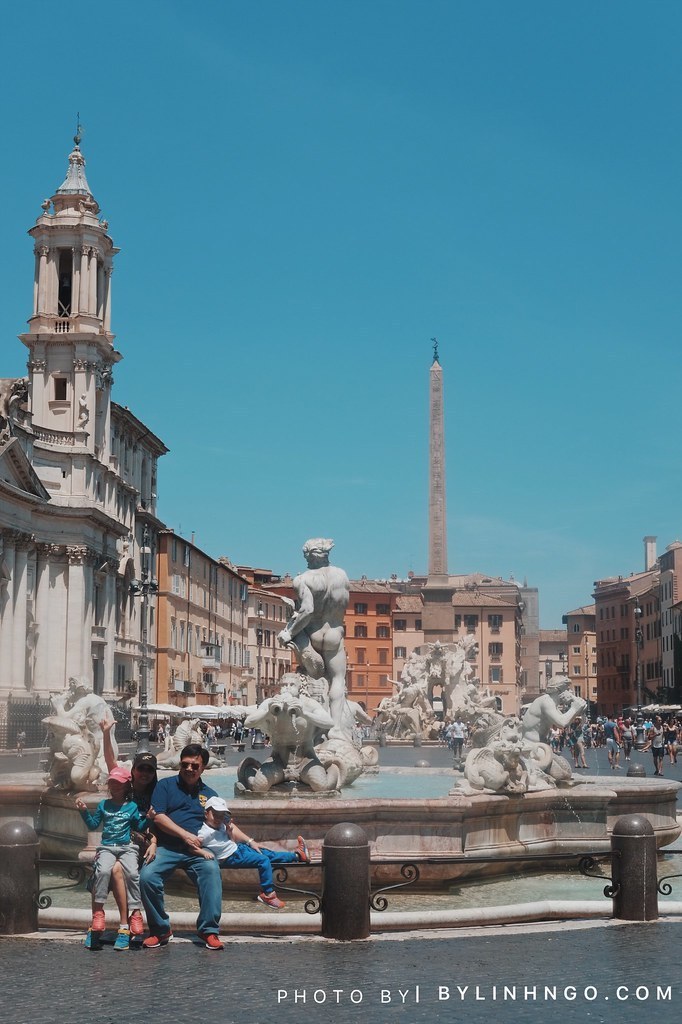 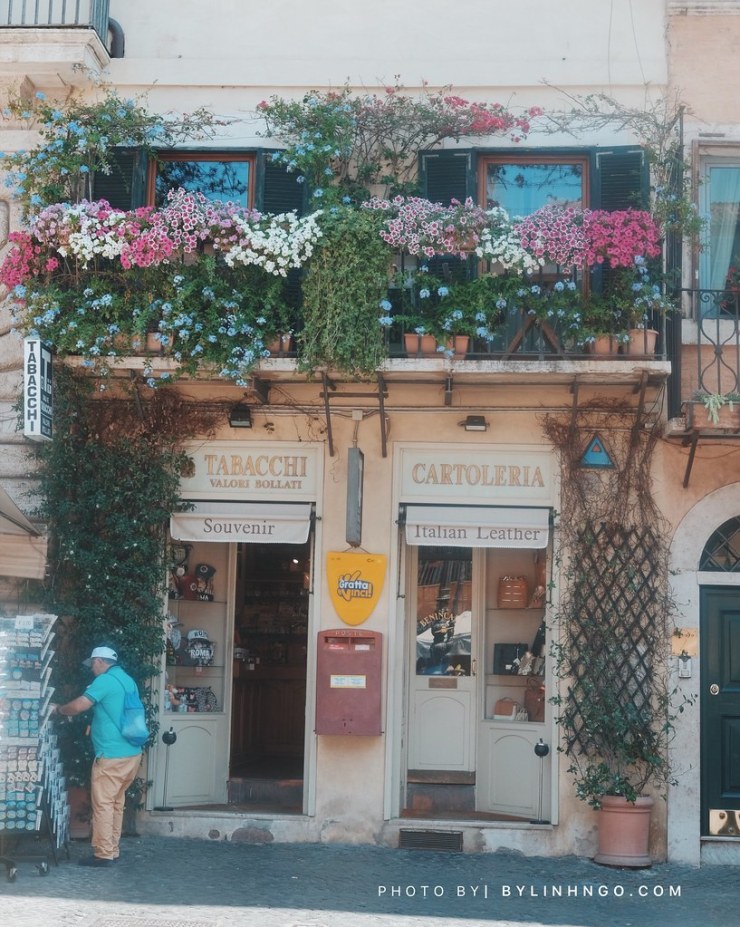 What to do in Rome in 2 days: Pantheon Temple

Not far from Navona square is Pantheon Temple. Pantheon Temple is known as one of the most famous temples in the world. This 2000-year-old temple is famous for its roof that is supported by 8 impressive Corin marble columns, along with eight others behind. They all support the huge triangular roof above.

The main construction of the temple is actually a circular block, with the dome that is by far the largest non-reinforced concrete dome structure in the world. The diameter of this dome is 142 feet (43 meters) and the height from the flagstone marble floor to the top of the dome is completely equal. Although the upper dome is the architecture that attracts the most attention, visitors should spend time exploring the floor intact from Roman times to the present.

Pantheon Temple is free admission, so you don’t need to buy tickets in advance. When you arrive, just line up to visit it. 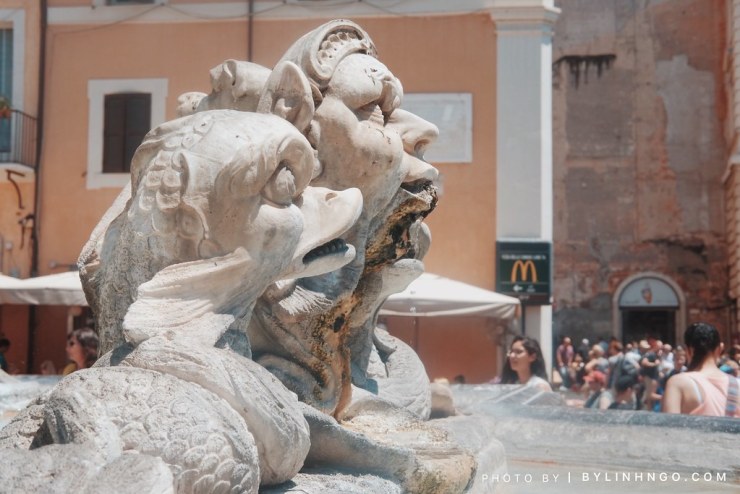 The Altar of the Fatherland was built to commemorate the first king of the united Italy – Vittorio Emanuele II, so it’s called the Victor Emmanuel II Monument. The largest monument in Italy was designed by Giuseppe Sacconi in 1885. It is located between the Capitoline hill and Piazza Venezia Square, 135m wide and 70m high. 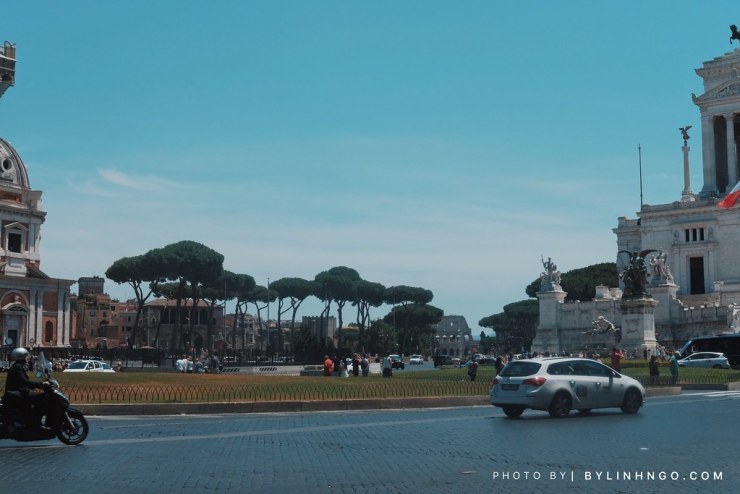 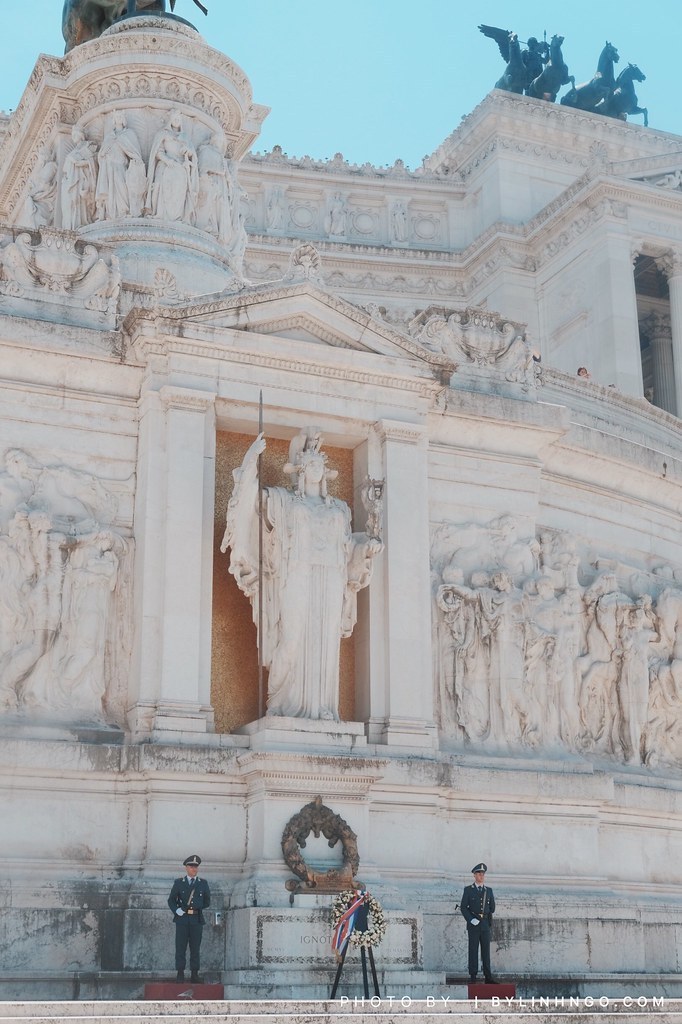 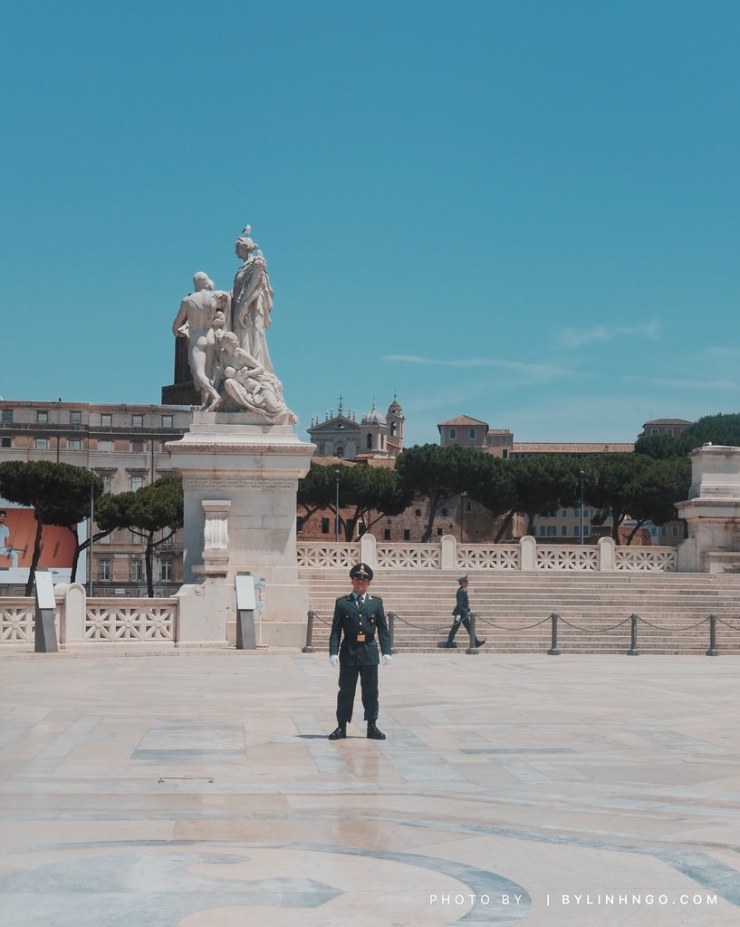 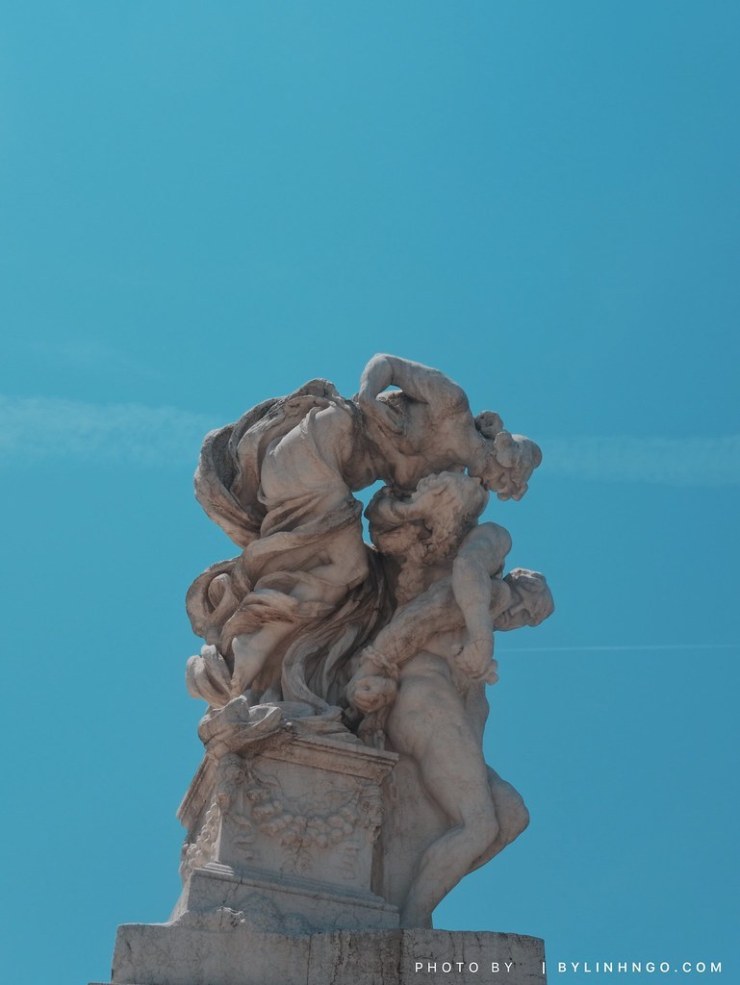 After visiting The Altar of The Fatherland, I walked to the nearby Tram station to return to Airbnb to collect my luggage from there. When saying goodbye to the Airbnb owner, she pulled me into a hug and kissed me on my cheeks :”> Mom! How sweet is !!!

TIP 3: Another saving tip when traveling in Rome is you should buy food from the supermarket for self-cooking (if you stay in Airbnb). I found that in supermarkets sell all kinds of pork, beef.. at very cheap price, just €2- €3 for a meat tray that enough for 2-3 people to eat.

One interesting thing when you coming to Rome is that in any public place, crowded places such as train stations, crowded tourist attractions, all have troops guard to ensure safety.

What to do in Rome in 2 days? Roma Termini Station

TIP 4: You must be very careful with your bags in Rome. Pickpockets in Rome as much as fall foliage, almost of them are immigrants and a lot of women. I was pickpocketed twice, both are women, once on a train, once on a bus. Last time at the train station when was preparing to get on the train, at that time many people lined up, so I did not pay attention, forturnately have an Italian guy help me pull the woman pickpocketer away, so I didn’t lose anything. The 2nd time I caught it right on the spot, but she still argued, but I was fast so she couldn’t get anything.

TIP 5: Do not buy skincare products in Rome because it is quite expensive. Even in Duty Free, the sunscreen lotion bottle I bought in Paris was €9, but in Duty Free of Rome it was € 24 (buy 1 get 1 free).

At 10:30 pm I arrived at CDG airport in Paris. Get off the plane to the baggage claim area. I almost lost my luggage, because it was sent on a previous flight. How surprised but also lucky.

One day earlier when we were in Rome, we decided to book 1 night at the Premiere Classe Roissy Hotel – Aéroport Charles De Gaulle (Agoda.com or Booking.com) right next to the CDG airport for sleeping and bathing. This property has a free shuttle bus service to and from the airport.

The next morning we checked-out, goodbye Paris, goodbye to T-T, I came back to reality, back to the city of Manila in traffic jam.

Thank you for following my self-sufficiency 15-day European travel itinerary blog series. So, the dream for many years has been fulfilled and succeeded smoothly.

Some best day tours, trips, activities and transfer services, tickets in and from Rome you can refer to 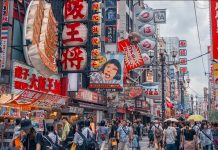