Singapore Island is known as the cleanest country in the world and is a paradise for tourists, with dedicated customer service, amusement park, shopping system facilities. Singapore government has always tried its best to help the country more and more developed. They find that the sense of legal organization is one of the most important factors contributing to the development of a civilized country. However, there are laws in this country are very strict and strange; the people also feel a bit difficult to understand. Let’s discover some Singapore rules for visitors — 9 things to know when traveling to Singapore.

If you are thinking about planning a holiday in this country, to not be offended by the laws of exotic and be fined money, remember the following nine things absolutely should not do in Singapore

1. Draw Graffiti on the street

The sabotage of public things in Singapore is considered a serious offense and offenders often face with heavy fines. You may be fined up to 2000 SGD, jailed for 3 years or beaten 3 times. According to Singapore law, draw graffiti is a form of the destruction.

In 2015, there was a case of German tourist Andreas Von Knorre – 22 years old, and Elton Hinz 21 years old – entered and draw on the subway by Singapore SMRT Corp. An international search took place on a large scale and the police discovered that two tourists had arrived in Malaysia. Finally, they were forced to come back to Singapore and attend court. 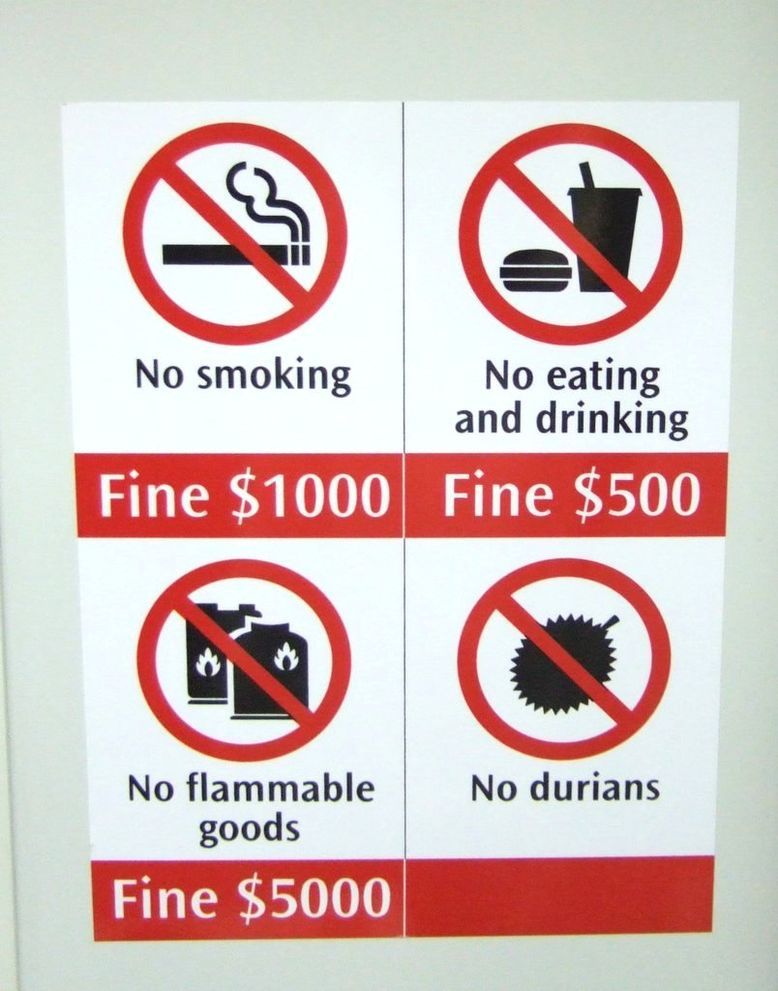 Public transportation such as bus and subway are considered “non-food areas”. If you step into a car or board of a bus, you will see the signboard is very clear. In particular, this ban does not allow bringing a kind of food that many Vietnamese people love the train, it is durian.

In fact, Singaporean occasionally drink a little water, but with the condition of the boat is stopped and careful not to spill water on the floor. If you are arrested, you must be fined pay 500 SGD.

3. Smoking in the wrong place

The Singapore government is particular concern about the health of the people here. So in public places, they deliberately design separate areas for smokers, often without shelter. This is to minimize the harms of tobacco to the surrounding community.

If you extra to smoke a cigarette, whether it is rainy or sunny, you will have to go far away and get to the right place to smoke. If you try to circumvent the law, Singaporeans will not hesitate to remind you to obey the law. Otherwise, you will be fined from 300 SGD to 2000 SGD and go to court.

When traveling, you only carry up to 2 packs of cigarettes into this country: one whole and one open. In addition, electronic cigarettes are also prohibited, if you want to quit smoking, you have to buy specialty gum for drug users and patients with oral diseases by the doctor sold.

It can be said, for the people of Vietnam, this country is a nightmare. Supermarkets in Singapore are only allowed to sell liquors from 7 am to 10:30 pm. After this time, you are forced to go to restaurants, nightclubs or licensed beers to buy. Alcoholic beverages on the island are also “luxury”. A can of beer with brand similar to in Vietnam, but the price is 3 to 4 times more than normal.

In addition, you are not allowed to drink alcohol in public areas after 10.30pm. If you bring alcoholic beverages out in public and are caught, they will be punished. First Time: Fine 1,000 SGD. Second time: double the first time, the third time: go to jail.

In the island nation known as the cleanest country in the world, keeping public sanitation is also strictly regulated. It’s not hard to find trash in public areas: shopping areas, tourist areas, streets, even near your home. The government is always willing to invest in keeping the country clean and civilized in every way.

If you are found littering in public and accused, you may be required to pay a fine of 500 SGD to 5000 SGD. In addition, you will receive additional public service punishment: sweep, clean up public areas, even “invited” to join an event with interviewed media outlets. The Singapore government believes that this is a severe punishment that makes people feel shameless without recourse.

Gum was banned to buy in Singapore since 1992 by former Prime Minister Lee Kuan Yew. The problem of eating chewing gum and rubbing everywhere was a very serious thing at this lion island nation. It used to cause tremendous damage to the tram system when the inductive door cannot be closed because someone accidentally “scatters” the candy into the door.

In fact, this law does not prohibit people from possessing chewing gum, but it focuses on thoroughly demolishing the supply. You can own, but not eat them. The fine for eating chewing gum in public is 500 SGD (about 8 million VND).

Under Singaporean law, hack other wifi is considered a crime, the equivalent of hacking into proprietary rights. In case of arrest, you will be fined 10,000 SGD or 3 years, or both.

It sounds funny, but it is a valid rule in this country. You will be fined 500 SGD because you throw bread pieces for the cute pigeons are nodding around the house.

In recent years, the number of species has increased extremely rapidly, especially when there are regular feeders. Pigeons are harmless, but their stools dirty for buildings and cars, which can be a source of disease outbreaks, in addition to the remains of food that will attract insects which harmful to people’s health.

9. Nudity in the home

The house is a private place, but in Singapore, you are not allowed to be nude when you stay in your home (unless bathing or you close the door, pull out the curtains). If you are found and reported to the police, you can be charged with pornography and fined 2,000 SGD.

Some best day tours, trips, activities and transfer services, tickets in Singapore and from Singapore you can refer to 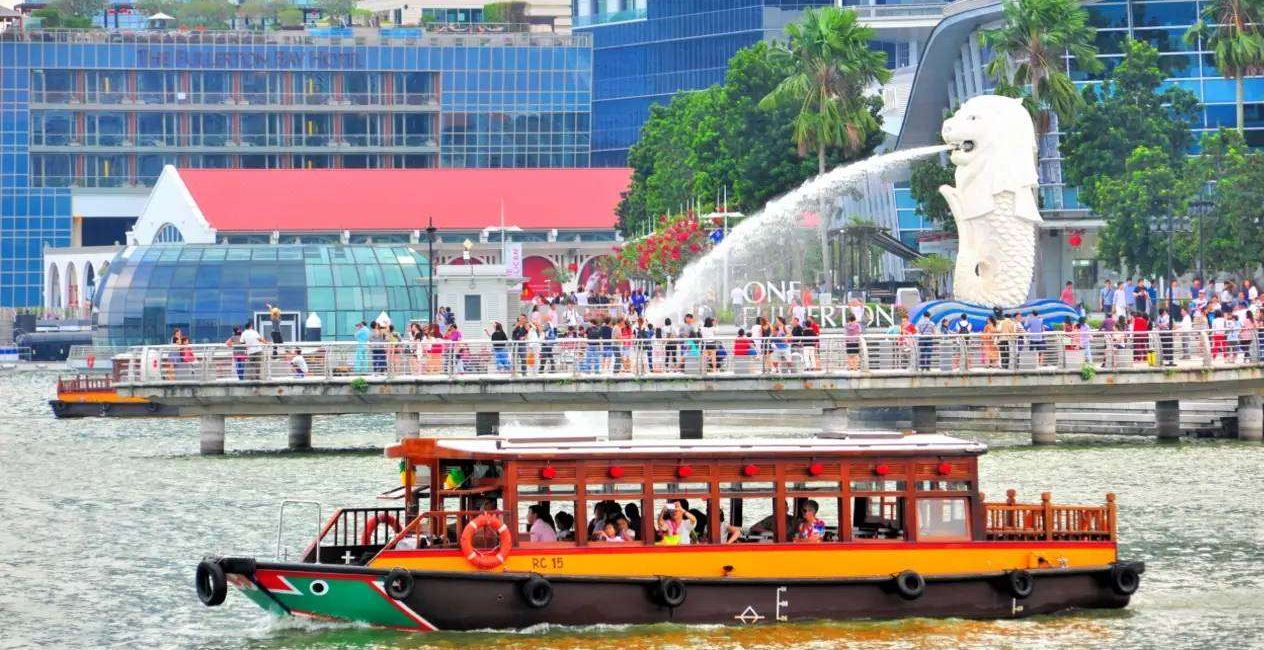 Are you finding more top things to do in Singapore: Tours, activities, attractions and other things? Read more: Singapore travel blog — The fullest Singapore travel guide blog for a budget trip to Singapore for the first-timers.