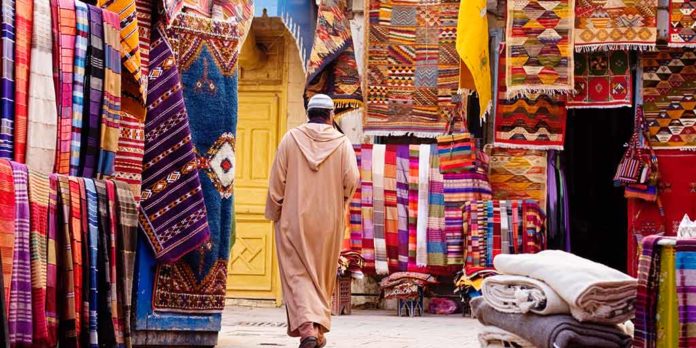 The Kingdom of Morocco is located in Northwestern Africa bordered by the Mediterranean Sea and the Atlantic Ocean. This is a hustling and bustling country. Coming to Morocco, visitors will have the opportunity to enjoy the beautiful islands or get into the bustle of the vibrant markets, and also bear in mind the following list for a perfect holiday. Let’s discover top 15 things to know before traveling to Morocco with Living Nomads below.

1. Know that coffee is an essential part of life

2. Study the fact that the mosques do not welcome the pagans

Nearly 99% of the Moroccan population is Muslim. Therefore, mosques are built ubiquitously. However, most churches here do not allow non-Muslim visitors to visit, except for Hassan II. Located in the city of Casablanca, the Hassan II Mosque was completed in 1993 and accommodates 150,000 people. With a mix of tradition and modernity, Hassan II is truly a unique piece of art.

3. Learn that Morocco is a multi-lingual country

Do not be too surprised if you hear different languages in Morocco. In addition to the official Arabic language, people can speak many other languages such as French, Spanish and some dialects like Tashelhit, Tamazight, Tarifit, etc.

4. Take in cumin or you may be left starved

Egypt’s cumin is considered to be the main spice in Moroccan cuisine. This type of spicy powder is used in sundry dishes. Therefore, if you are not a fan of fennel, chances are, you may be underfed.

5. Get on cheap, safe and convenient trains

Moroccan trains are affordable, safe and extremely convenient. If possible, out-of-towners should book seats in the first class. Although it is more expensive than economy-typed ones, it is well worth every penny you spend on the services offered. That’s the reason why ONCF’s trains are dubbed the best in Africa.

6. Taste couscous – which is served every Fridays

Couscous ( Wheat cooked with meat or gravy, a dish of North Africa) is a typical Moroccan dish. However, because it takes a lot of preparation time, this viand is usually only served on Fridays.

The narrow streets of Moroccan markets are crowded with merchants and motorcycle racers. So, whenever someone cries out loud “balak” (ie, get away), you have to pay close attention to avoid a collision.

Public bathrooms appear in near and far in Morocco. This is a very popular service in this country.

9. Enjoy the sunset on the rooftop of “riad”

Traditional Moroccan houses (riad) always have a rooftop. People dry their clothes there, enjoy afternoon tea and even watch the sun gradually buries itself under horizons.

To Morocco, you will mainly walk to explore, discover famous destinations, visit the bustling traditional markets. However, when shopping for any item, you have to bargain ardently.Initially, start to bargain with just 1/10 of the declared number and then gradually raise it to the affordable price. Visitors must stay true on your point, sensitive enough to win this “challenging mind game”.

When traveling to this Muslim country, you also need to follow their customs and culture. Women should not wear dresses or clothing that are too short, men are not allowed to wear the tanktop. Even if you go to the beach, you also need to don extra cloaks outside the swimsuit if you do not want to be noticed. In particular, you should choose sandals that are comfortable to walk, watch and admire the beauty of Morocco.

12. Have knowledge of common phrases

Arabic and French the two most predominant languages in this multilingual country. Then you need to master these 3 Arabic words because they will be extremely useful for your trip. Choukran (Thanks); La Choukran (No, thanks), pronounced “Shokran”; Feen (Where), pronounced “fin”; Hello (Salam Alikome), this phrase is used as a cordial welcome.

You will not be allowed to capture pictures without the consent of the local people. You don’t have the right to take pictures of monkeys/snakes in the main square also unless you are willing to pay a big amount of money to get indigenous folks’ nods. According to the Moroccan culture, they believe that each image is reflected their souls, and thus, you will only be photographed with the permission of the locals. Ideally, you should consider and be careful when taking photos during your Morocco trip.

Moroccan also uses the dirhams as Arab countries, but it is Moroccan dirham (MAD), 1euro ~> 10MAD. Your best bet is to change money at the airport. If you have not changed, you can change at the banks. You should refer to the bank with the high exchange rate. You should retain the bill each time so that if you do not use all MAD, you can redeem it.

15. Check for the right time to travel

Situated on the coast adjacent to the Atlantic Ocean and the Mediterranean, from June to September are the best months for visitors to Morocco. Though it’s slightly wet this time, the weather is quite warm, it is less rain and the highest temperature is only about 20 degrees Celsius. Deep inland areas rain all year round and are quite hot. In the central area, the most pleasant periods are from March to June and September to December. In the high mountains, the weather is much colder than anywhere else. Several high peaks are covered with snow from November until June. 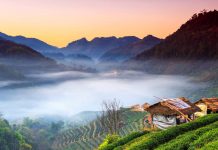 Guide to rail transport in Germany — Germany train guide & How to travel in Germany by train?

How to get around Amsterdam cheap? — 7 cheapest & best way on how to travel cheap in Amsterdam

Guide to rail transport in Italy — How to travel around...