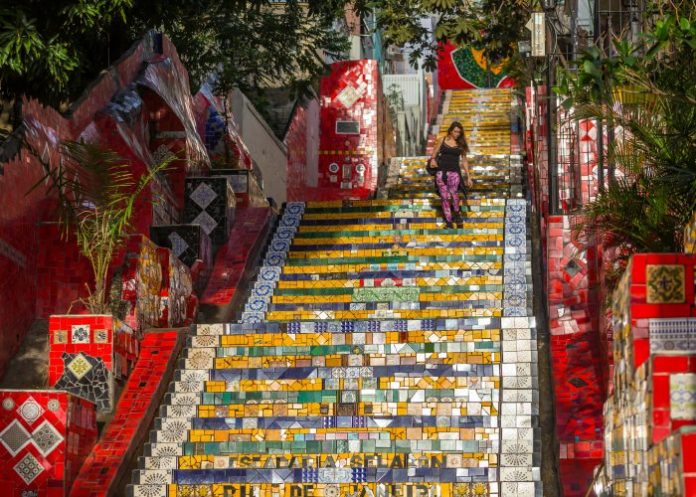 Rio de Janeiro is a city of icons. From the statue of Christ the Redeemer that welcomes the world with arms open to the beaches brought to life by festive cariocas (that’s what Rio locals are proudly called), there’s a lot to see in this beautiful city. You might already be familiar with some of the most popular sights, but there are also new attractions and secretive places worth visiting, too. Here are the highlights of Rio. 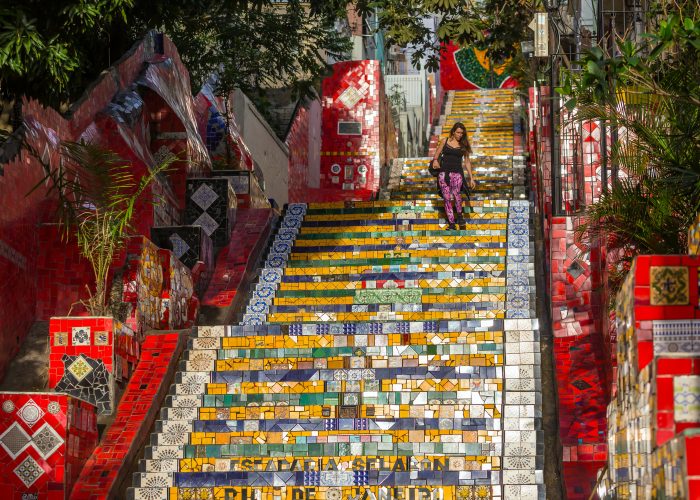 The Selaron Steps are a set of steps covered in mosaics and painted tiles. They set a colorful background that’s not only mesmerizing but also the perfect backdrop for a group photo. What began as small renovation by Chilean artist Jorge Selaron to beautify the dilapidated steps in front of his house soon became an obsession. The mosaics and tiles spread to all the steps, as well as the walls. Brightly colored ceramic tiles and mirrors pay tribute to the colors of the Brazilian flag and renowned artists.

The steps are located on the border of bohemian the neighborhoods of Lapa Santa Teresa and run from Joaquim Silva Street to Pinto Martins Street. 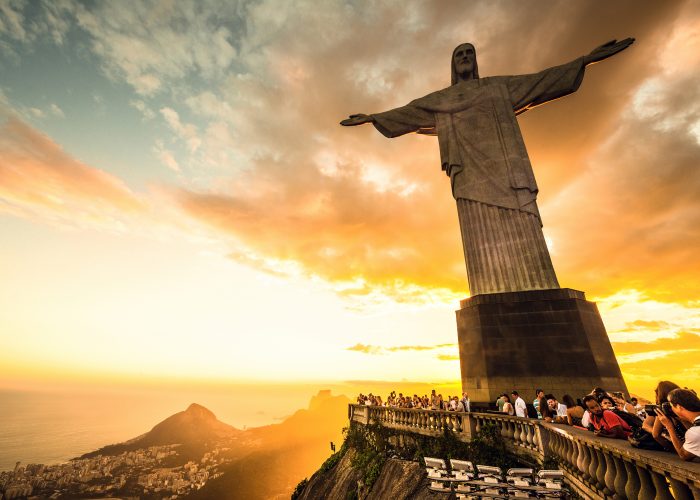 Many sightseeing companies will include a trip to Christ the Redeemer, but you can also catch a taxi to Corvocado and take a train up to the summit. 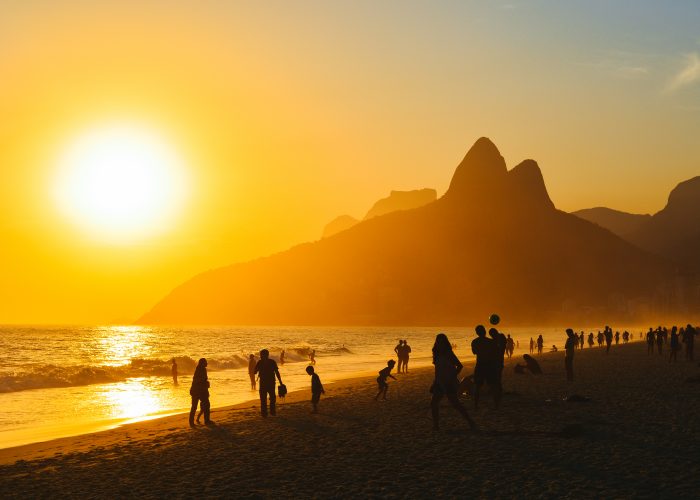 Best known from the Bossa Nova Hit The Girl from Ipanema, Ipanema Beach is one of Rio’s many lively beaches lined with rental beach chairs and stands selling coconut water. In the Ipanema neighborhood, you’ll find many upscale hotels and world-class restaurants, but the real action happens on the sand where you’ll stumble across people playing volleyball, soccer, and doing a bit of surfing.

In the evenings you’ll be treated to a spectacular display of color and silhouettes as the sun sets behind the mountains often referred to as the two brothers. 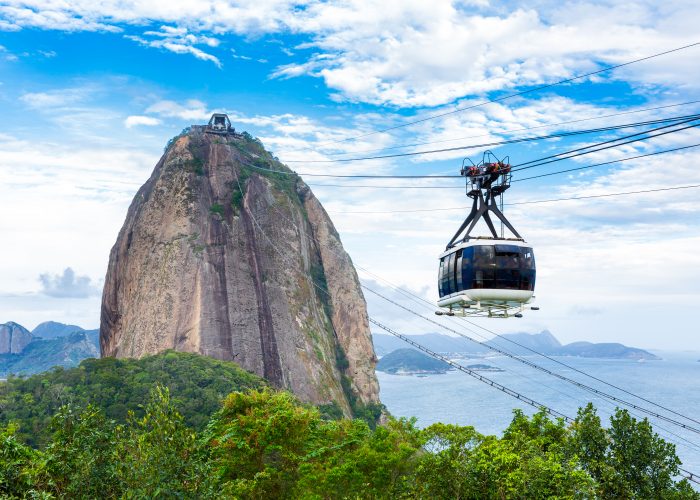 Named for its resemblance to a Portuguese dessert, Sugarloaf Mountain is one of the most popular places to go for a birds-eye view of Rio de Janeiro. Take a cable car all the way up to the top, where you can not only enjoy a panoramic view of the city from the bay, but also walk the trails at the top of the mountain or grab some lunch at the mountain-top cafe. 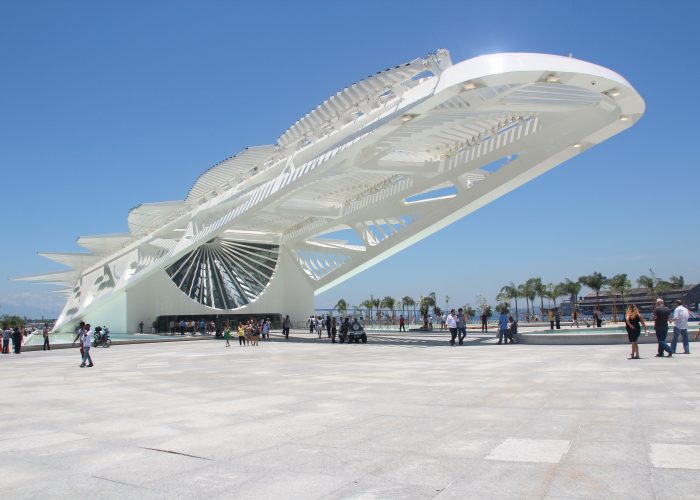 The Museum of Tomorrow welcomes the world to Rio by inviting visitors to think about both the history and future of the planet. Dedicated to sustainability, the science museum features exhibits on astrology, geology, and anthropology, as well as the effect of civilization on the environment. The futuristic building located on Maua Pier attracts visitors from all over the world and invites them to envision and plan for a better future. 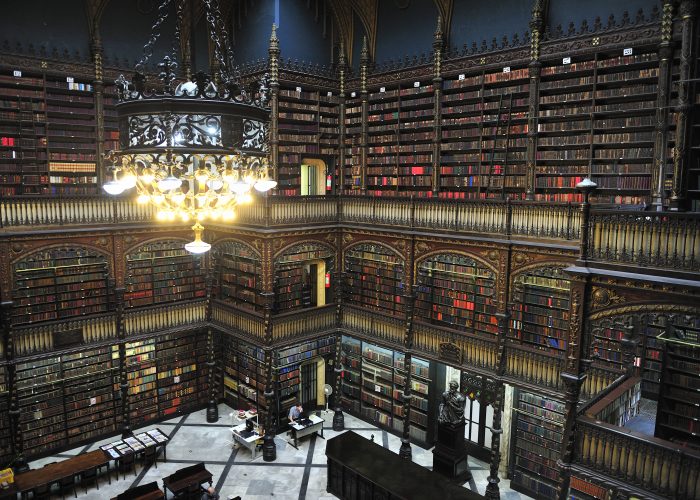 No book lover can leave Rio de Janeiro without a visit to one of the most awe-inspiring libraries in the world. Surrounded on all sides by three-stories of books, the Royal Portuguese Reading Room houses the largest collection of Portuguese books outside of Portugal. The library also has statues, art, maps, and is covered by a stained glass dome that will make you feel like you’ve stepped inside a cathedral made of books. A hidden gem, even among locals, the Royal Portuguese Reading Room is free and open to public between 9:00 a.m. and 6:00 p.m. 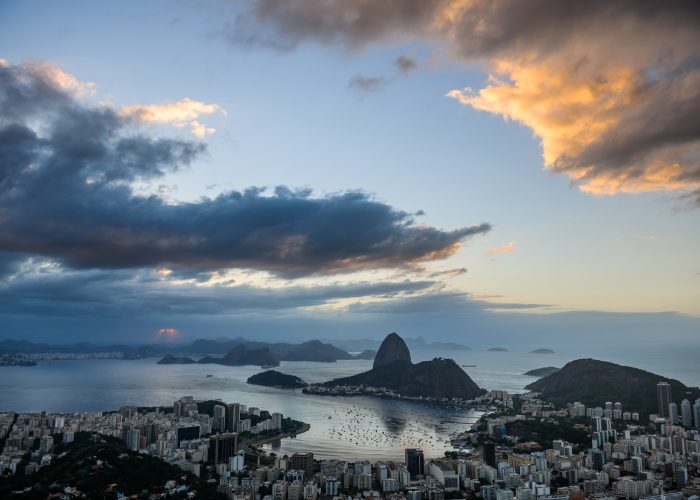 There are many spots to find a great view in a city surrounded by mountains, but if you want to avoid crowds and high-ticket prices then Mirante Dona Marte is the best lookout point in Rio. Though it’s designated as a heli-pad in the thick of the Tijuca forest, it’s open to the public, easy to drive to, and even has parking for a very small fee. Head there if you want to skip the crowds of tourists flocking to Christ the Redeemer and Sugarloaf Mountain. You’ll be able to see both famous landmarks from the 360-degree vantage point. 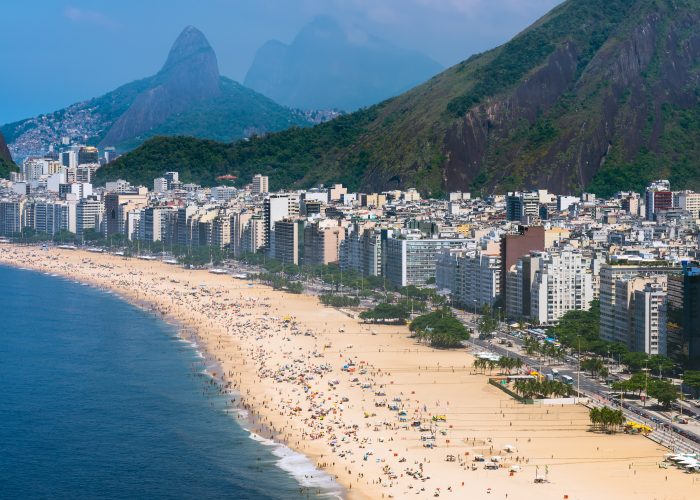 The world’s most famous beach, bustling Copacabana is filled with bars and coconut carts. You can go for a long jog along the black and white sidewalk, lounge on the sand, or take a break and shop in one of the Rio’s best districts. With plenty of restaurants, shopping, and carts selling fresh coconut milk, Copacabana is the perfect place to lie back, take a dip, and absorb the buzz of the city. 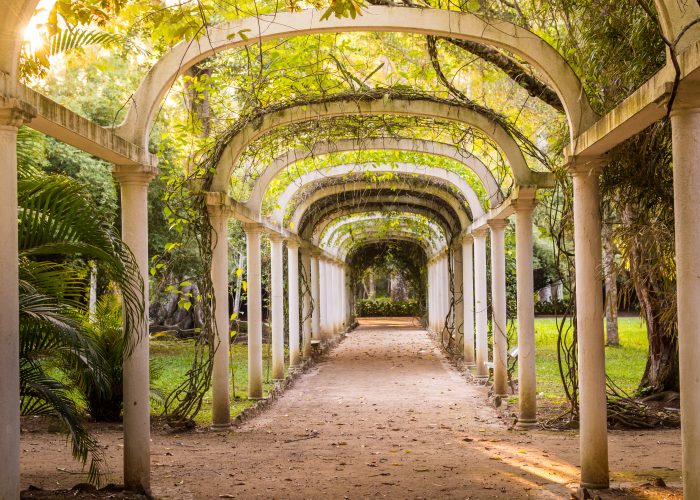 If you want to experience the incredible biodiversity of Brazil’s jungles but have no interest in learning how to wield a machete, Rio’s Botanical Garden is the place to go for an up close look without the hike. The gardens are an excellent place for a peaceful stroll, perfect for balancing out the excitement on the beaches. 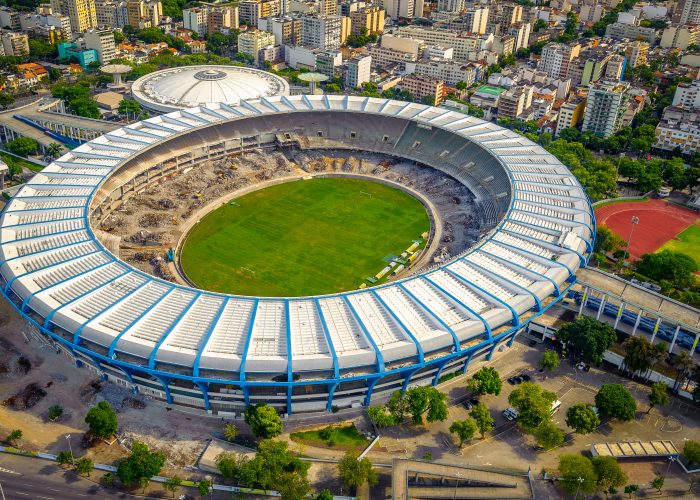 The most famous stadium in Brazil opened in 1950 for Brazil’s first World Cup. It has gone on to host many other matches, as well as musicians such as Tina Turner, Paul McCartney, and Frank Sinatra. Learn about the history of the stadium that’s synonymous with Brazilian soccer by taking a tour through the locker rooms and onto the field. Maracana was modernized for the 2014 World Cup and 2016 Olympic games. 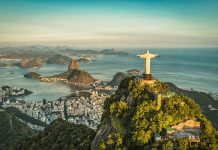 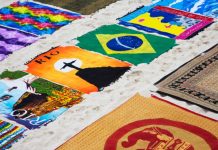