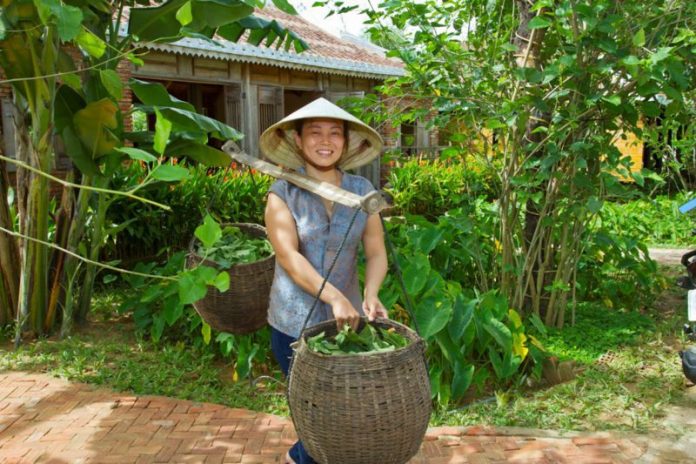 The mark of “Silk Path” in the part and old memories of the Champa wearing appear livelily in the experience of the traditional silk village of the Champa and Vietnamese people with mulberries in Quang Nam province the homeland of Doan Quy Phi, who was known as the Queen of Silk.

Surprisingly, a lush green mulberry garden grown in the Hoi An ancient town. The swinging hammock is like connecting the past with the shady present space. In a sudden the story about the Champa’s silk weaving of a Japanese businessman is reappeared in the short nap at noon. Young businessman, Le Thai Vu, who was born in Quang Nam and is working in Sai Gon as a deputy chairman of a Japanese silk manufacturing corporation with over 160 years of operation has set up the silk worm breeding outdoor with high mulberry trees in Quang Nam. 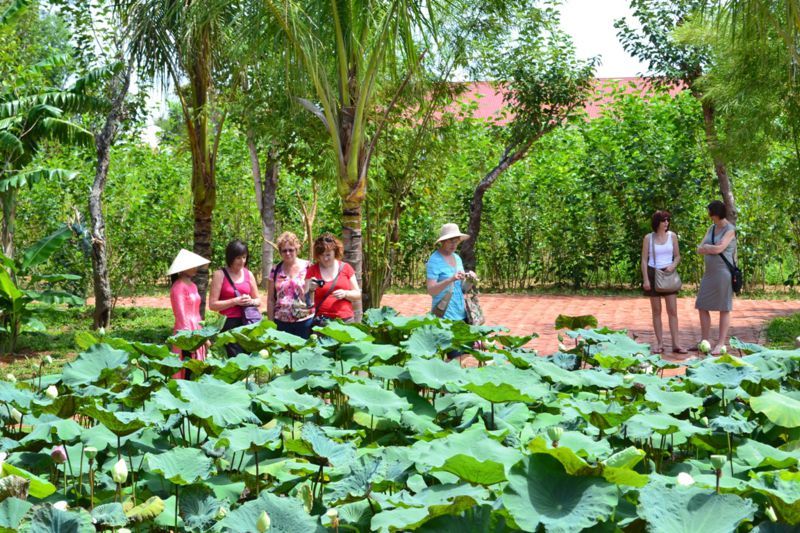 “Mulberry trees along the banks of Thu Bon river in Quang Nam are just higher than people’s head silk worm are breed indoor. For nearly 4 years, had I found ancient Champa’s mulberry frees as described by the Italian priest Cristophoro Borri in Southern Viet Nam in 1621 when teaching in Hoi An” said Le Thai Vu.

After that, Le Thai Vu decided to “come back” to Quang Nam to grow the Champa’s mulberry garden at no 28, Nguyen Tat Thanh street, Hoi An, Quang Nam and name it “Silk Village”. In addition to Vietnamese mulberry gardens, this large garden has 40 high Champas mulberry trees, in which some of them are hundreds of years old, brought about from Dai Loc midland, Duy Xuyen, Dien Ban the land of Bay Hien wearing village Sai Gon. This village used to build the silk career of Quang Nam with the “silk path on the sea” and the prosperity of Hoi An harbor more than 400 years ago. 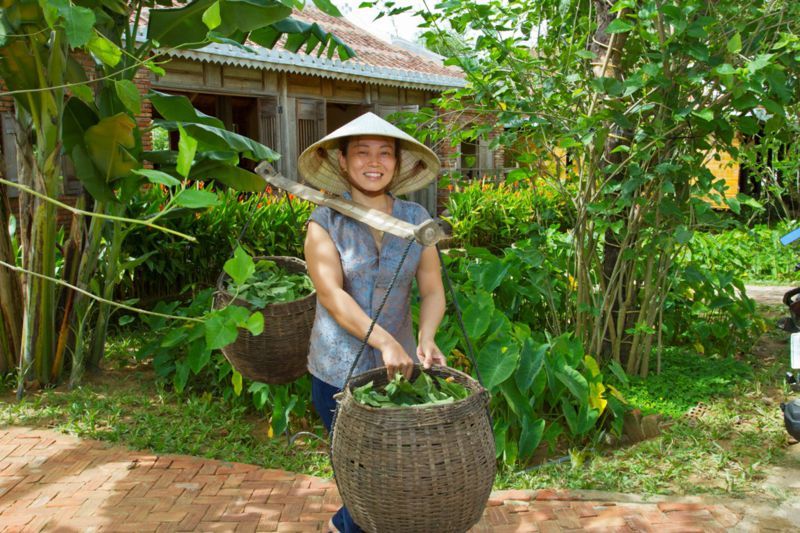 The swinging hammock is like connecting the past with the shady present space. The interesting feature is not hidden in the swinging hammock hang on the mulberry trees but on the leaves with veins being similar to Champa’s patterns while Vietnamese mulberry leaves have oval shape.

The interesting feature is not hidden in the swinging hammock hang on the mulberry trees but on the leaves with veins being similar to Champa’s patterns while Vietnamese mulberry leaves have oval shape. The silkworm breeding outdoor is revealed its secret: “that’s the technique of breeding silkworm on the Champa’s mulberry trees” shared Le Thai Vu.

In the traditional two learn to three compartment house Vietnamese, you can taste the mulberry juice picked up in the garden and listen to the story of silk wearing in Quang Nam connected closely with the Queen of growing mulberry and raising silkworm. Researcher Nguyen Duc Minh – Deputy manager of Management & Preservation center of Hoi An cultural heritage said: “For more than 400 years, local people in Quang Nam have been also proud of a beautiful lady named Doan Thi Ngoc, who often grew mulberry trees, breed silkworm and weared in Chien Son village, Dien Ban, Quang Nam, She was respected is Tam Tang and conferred as Doan Quy Phi” 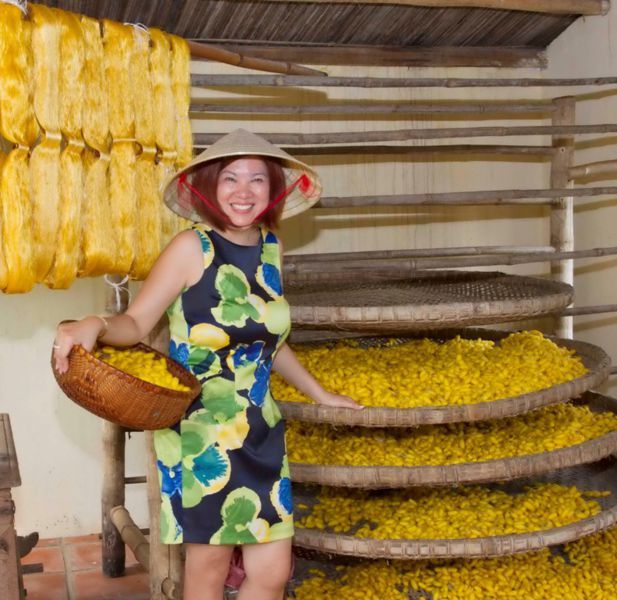 At that time, there were two silk harvests. Various silk resourees was made into high quality silk products thanks to the combination of experiences of local people in Northern Viet Nam, the Champa’s skill and the weaving secrets of Minh Huong’s local people. 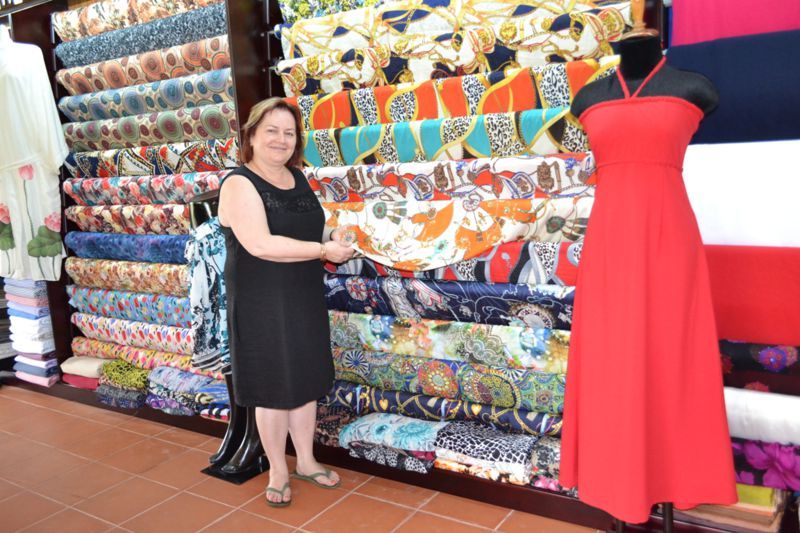 Priest Alexandre de Rhodes, who came to Hoi An at the end of 1624 said: “The Southern Vietnam featured so much silk that local people used it to weave nets and made ropes. Quang Nam provided a variety of silk products with many types. In the “Phu Bien Tap Luc” book, Le Quy Don highly appreciated the quality of Quang Nam’s silk that “Quang Nam’s silk is skillfully made” and “local people in Thang and Dien districts can weave different types of silk products”. 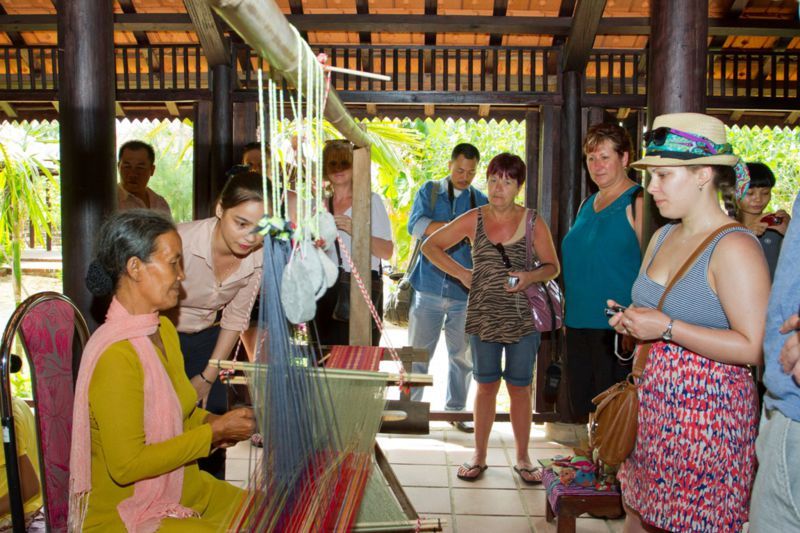 According to the history, in the Nguyen dynasty, each year, silk cord and silk of Quang Nam and Southern Vietnam were exported to Asian and Western countries via Hoi An harbor. Ships of Japan, Spain and Holland came here to buy silk. “The growing mulberry and raising silkworm career in Quang Nam in the 17th – 18th century was developed because of the fat land, hardworking people and the merit of Doan Thi Ngoc, who wholeheartedly encouraged the development of this career here” said researcher Nguyen Phuoc Tuong – Vietnam association of Science and History.

To continue the silk journey, artisans in Quang Nam start harvesting and boiling cocoons, unwinding silk cord and weaving. In his story, Le Thai Vu talked passionately about the weaving career of the ancient Champa’s people. 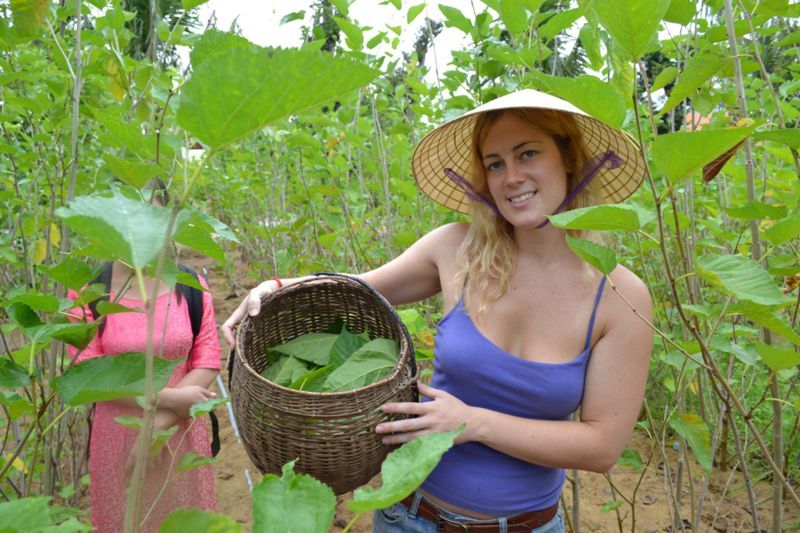 In the past, from My Son – Quang Nam to Ninh Thuan, Champa’s people often made brocade by driving the shuttle. Then, Vietnamese people combined this experience to transfer to hand weaving and machine weaving with high outputs. The pioneer was Mr. Vo Dan, who was born in Quang Nam and conferred as Cuu Dien connected closely with Cuu Dien loom. He developed Quang Nam’s silk weaving in Saigon with various products exported to many countries in the world in 1930s and 1940s.

“From stories to present, I feel very emotional when distinguishing Champa’s mulberry leaves with Vietnamese ones. I also pick mulberry leaves to raise silkworms, reel silk, weave and tear silk. The most impressive feature of the silkworm is that its life cycle ends with ….the death!” shared Jesel, an American traveler, who has just discovered the Silk Village. 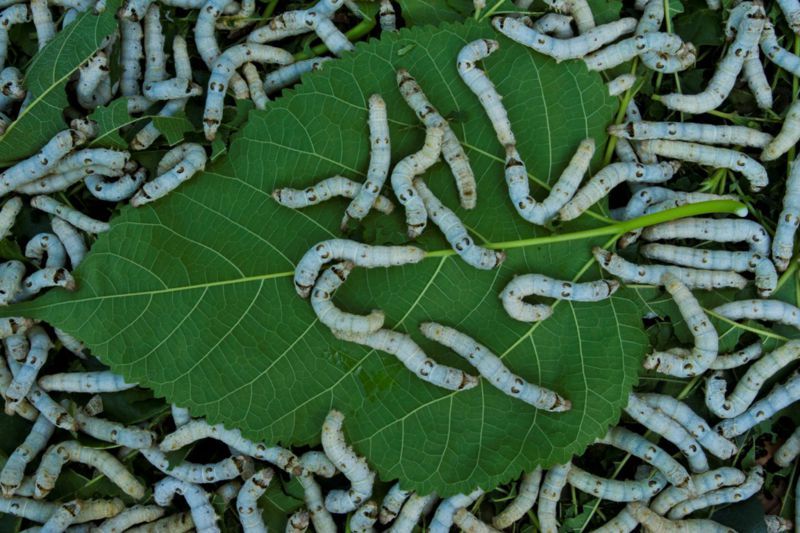 Hoi An ancient town features many famous attractions with many new traditional cultural villages. If you visit this region in spring, do not miss coming to Champa mulberry garden (or Silk village) at No 28, Nguyen Tat Thanh Street, Hoi An, Quang Nam.

You also see more Hoi An travel guide at here.