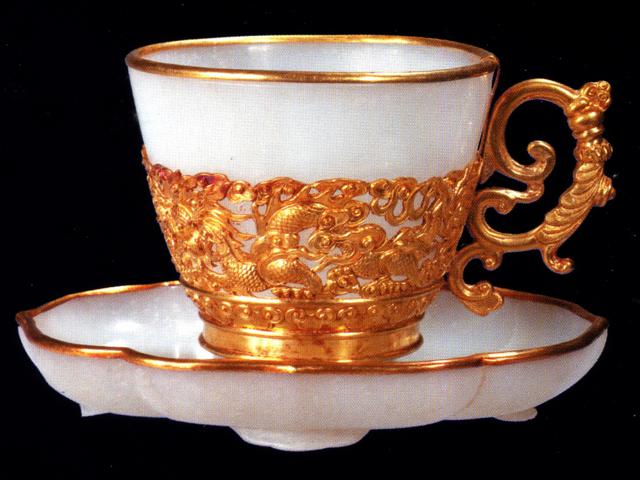 In the courts of Dai Viet’s dynasties, the King, Queen, Prince and Princess had their own objects, which were different from local people and called royal items.

These objects were often carved with sacred animals such as dragon and phoenix. Even, the number of dragons’ claws symbolized for the King. Local people were not allowed to paint dragons on their objects. If someone violated this rule, he/she will be beheaded. 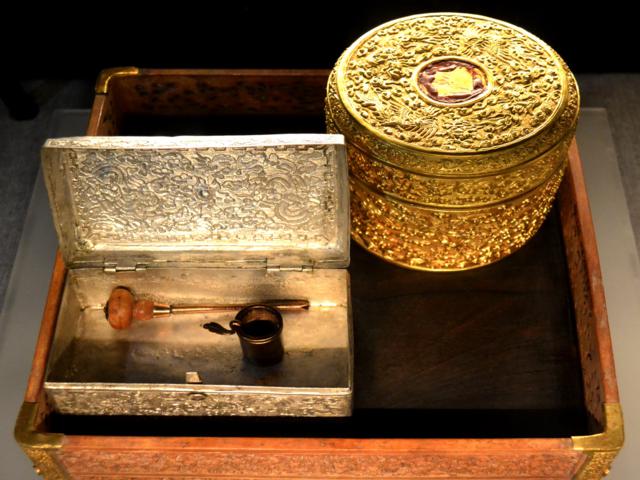 Sometimes, on Tet holiday, when the King organized a party to treat court officials, royal objects were used in the party. A bibliography of the Tran dynasty in the 14th century wrote about a party on the first day of January in lunar month that: “On Tet holiday, in early morning, the king sat in Thien An palace while royal concubines were finding their seats and mandarins were standing in front of the palace and performing artistic shows. Royal members and subjects of the king poured the wine and congratulated the King. Then, royal members went to the palace and enjoyed the party. Mandarins gathered in the small west palace and on both sides of the King to enjoy the party. After the party, each of them went out in turn”. 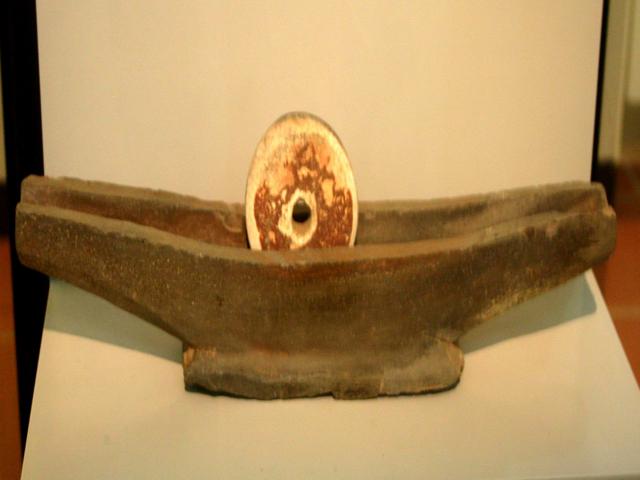 The royal objects of the King were very important. Washbowls, bowls, royal seals, swords and betel mortars, which were the most precious objects at that time, were made of silver, gold or precious gems. The saying of “as beautiful as gold” is rather true with these royal objects, which were mostly inlaid with gold, pearl, elephant’s tusks, silver and gemstones. Royal objects of the Nguyen dynasty were mostly made of gold. This collection of royal antiques is now kept and sometimes displayed for public’s views by Vietnam National Museum of History. Only by witnessing these royal objects that we can understand sparkling marks that time cannot touch. 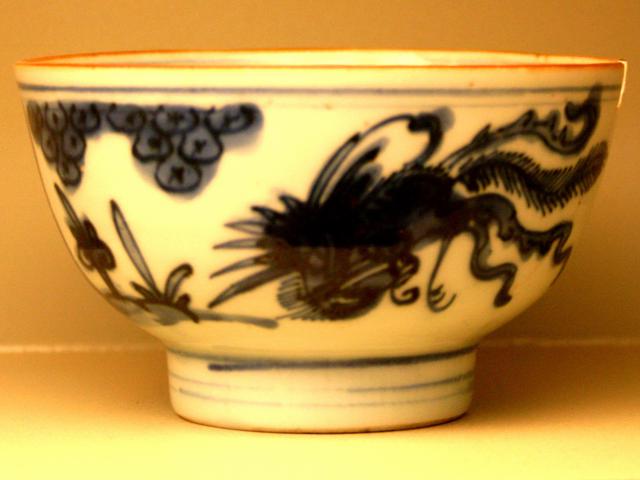 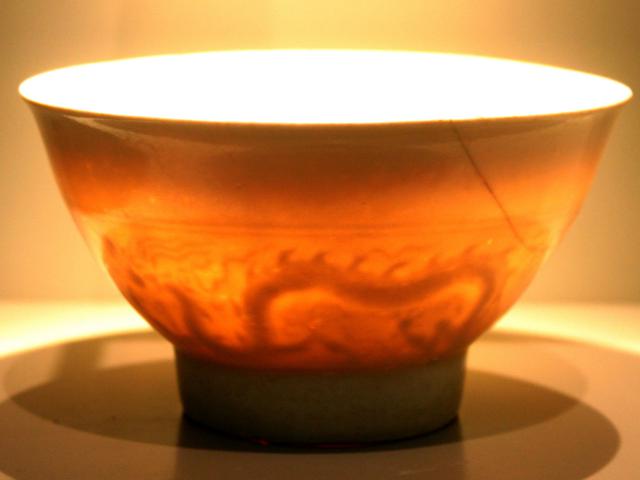 Royal items were so precious that the court appointed a mandarin to observe and provide these objects. The Complete Annals of Dai Viet wrote that “During the Le Tuong Duc reign in the year of Giap Tuat, on December 4th, 1514, the mandarin of royal objects was the one, who submitted the list of notebooks, books and pens of princesses to the King”. This mandarin was also ranked at the sixth place. It might include 6 people serving royal objects to the King. It is clear evidence that the King attached much importance to royal objects and their managers. We can view collections of royal antiques of the Nguyen dynasty to understand the importance of these things. 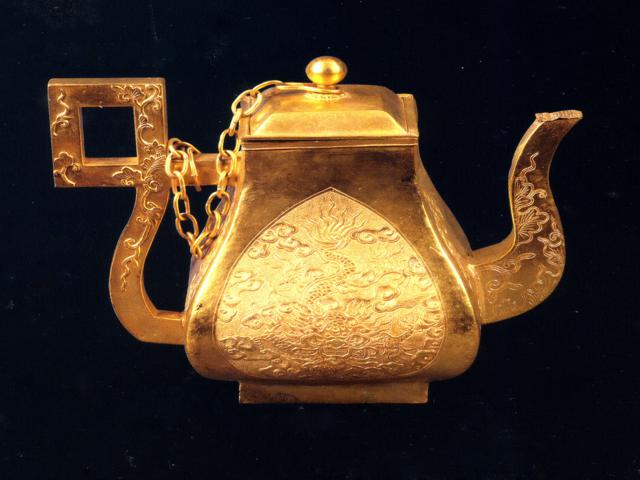 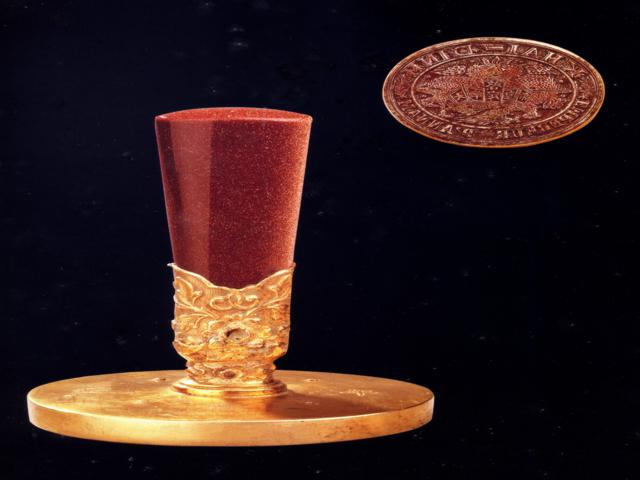 The most precious things are the swords of the Nguyen’s king with hilts made of gold, white gems and carved with dragon’s heads. These swords were not used in battles. They were royal swords, symbolizing for the power of the king. Other important objects are the seals, also called the royal seals, including Queens’ seals. Each King owned a different seal carved with the King’s name. For example, the golden seal featuring beautiful patterns with its shaft made of brown Kim Sa’s gems and its face written in French and Han scripts: Khai Dinh, Empereur d’Annam (Khai Dinh – the emperor of An Nam) and patterns of dragons, clouds, flowers and leaves. This was the seal of Emperor Khai Dinh (1916 – 1925) at the end of the Nguyen dynasty during the domination of the French. 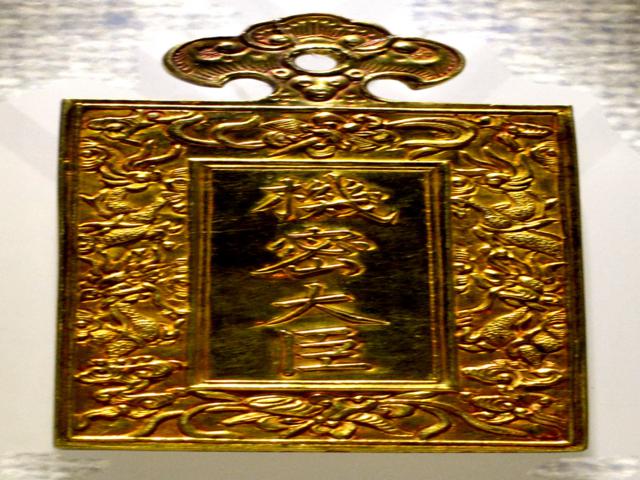 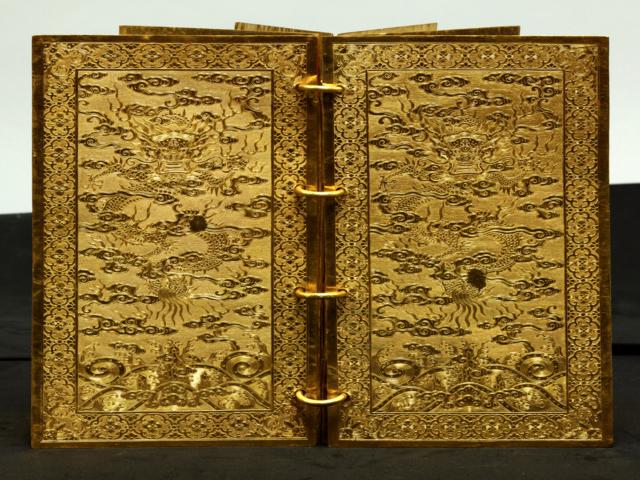 In royal objects, we can witness altars made of gold inlaid with gems. These objects were skillfully made by the best goldsmiths from a royal agent named Kim Ngan Tuong Cuc (Literally means Department of Gold and Silver Statue). In addition, a gold and silver censer was carved with patterns of dragons and unicorns and the words: “Khai Dinh Nguyen Nien” (the first year in the position of Emperor Khai Dinh). The Nguyen’s kings often wore badges on their chests. Golden badges are also seen in the collection. These precious objects manifested the power of the Kings in the Nguyen dynasty. 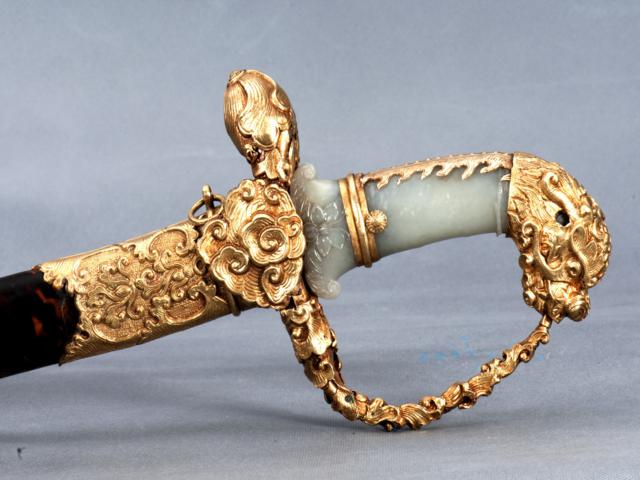 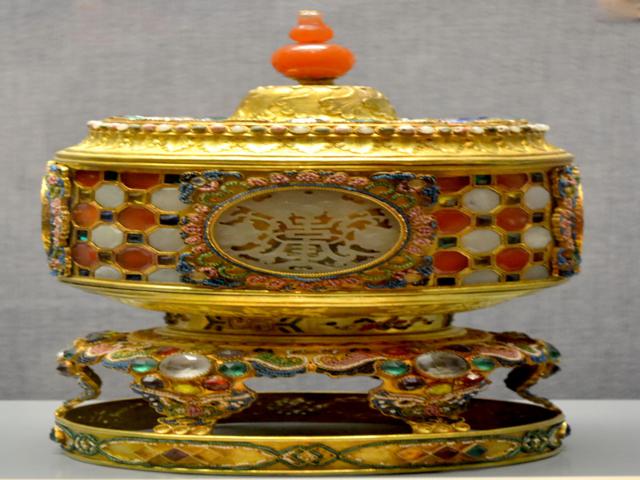 Besides, we can also view “normal” objects of Kings, Queens and royal members such as a golden washbowl carved with dragons and phoenixes, the golden book set carved with dragons, clouds, flowers and leaves and betel mortars made of gold, silver and elephant’s tusks. It can be said that the tradition of eating betel has existed in all classes of the ancient society. 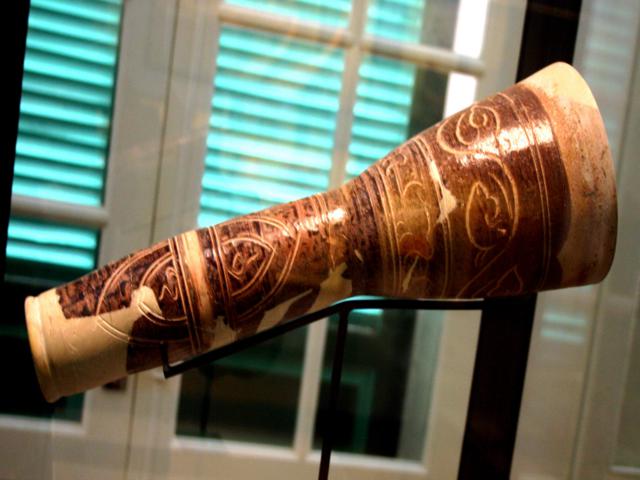 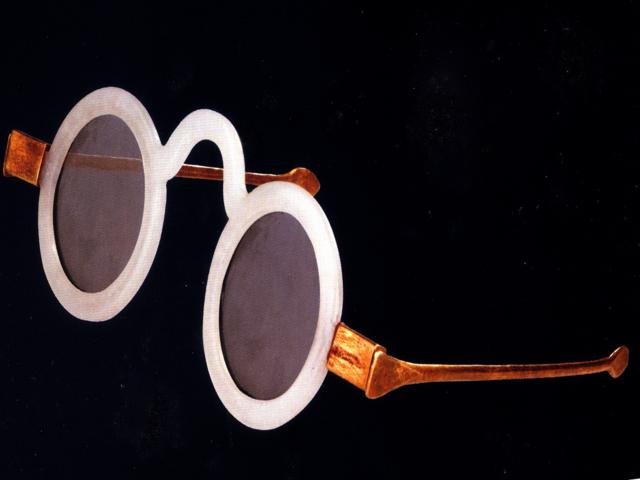 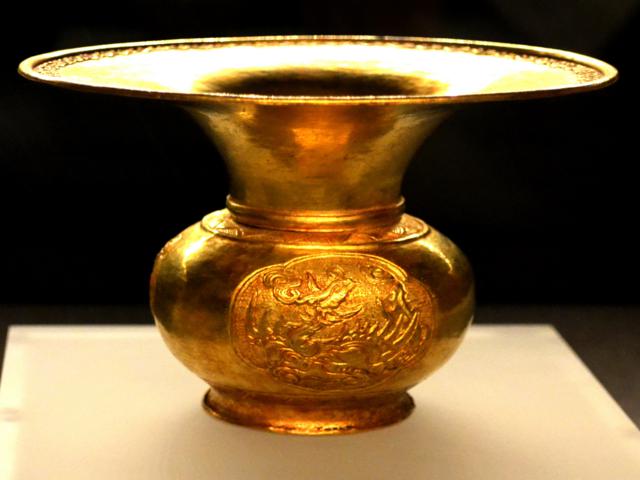 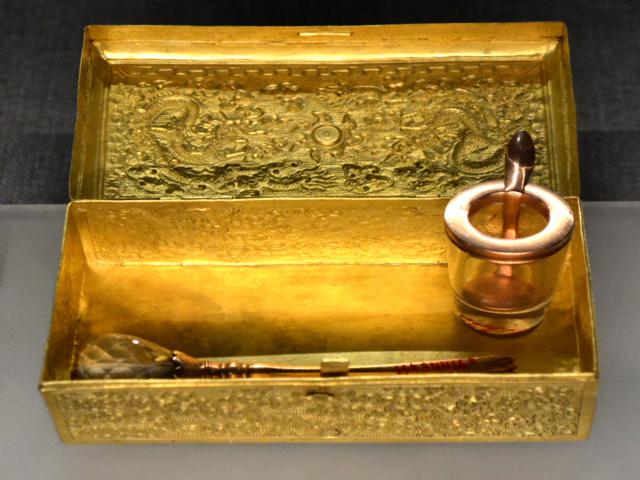 Royal objects of other dynasties prior the Nguyen dynasty are not retained in collections of many museums as well as collectors. However, we can witness royal belongings via excavations at Thang Long imperial citadel in recent years. It is a porcelain bowl, which is thin and transparent. The artisan of the Le dynasty decorated the dragon in the bowl. When being shown in the daylight, the dragon will appear lively and sparklingly. The blue-flowered pottery bowl of the Le Trung Hung dynasty was also excavated in the imperial citadel. In addition, archaeologists also found many necessary belongings of ancient dynasties such as a herb mortar shaped as a boat to make medicines or a pottery loudspeaker decorated with lotus petals. 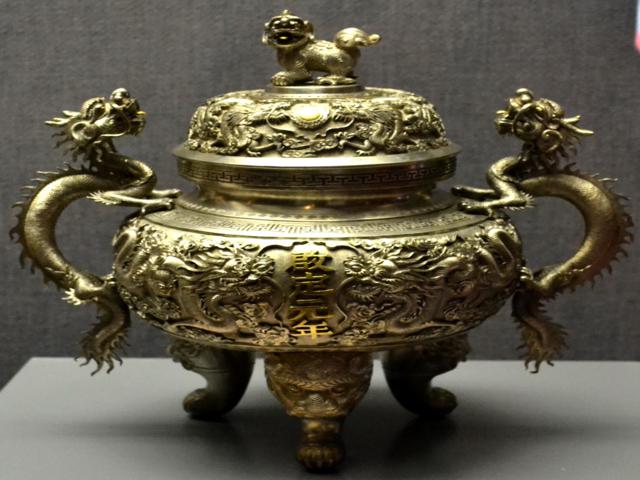 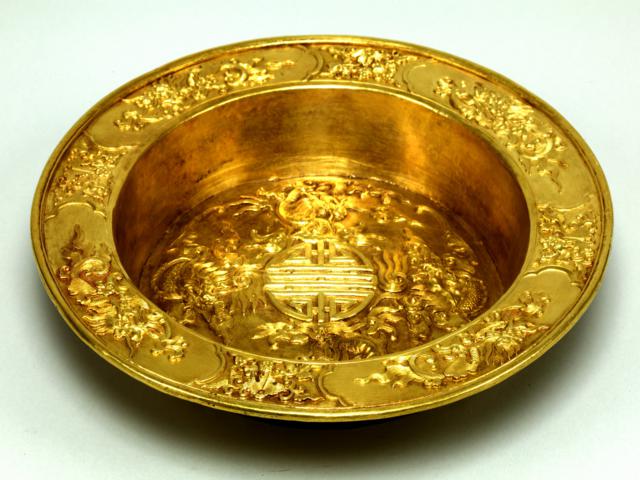 Because precious royal belongings were only made for the King and royal members, they were skillfully made by the best Vietnamese artisans. Artists can see those collections as a treasure of ancient plastic arts. Historians can understand the daily life of ancient people through traditions of eating betel and drinking tea, and the way of communicating news via pottery loudspeakers. These are valuable heritages of our nation. 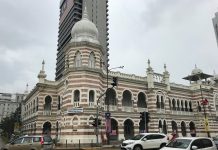 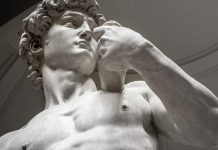 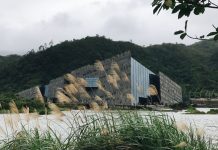 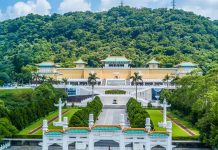