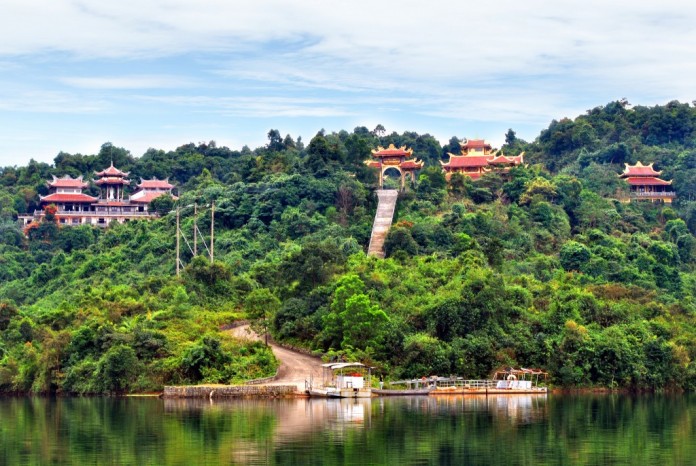 Coming to Hue and visit the interesting tourist spots, you will be enchanted by the wild beauty and tranquility of landscape. Here are top 10 Hue places to visit.

The Hai Van Pass crosses over a spur of the Truong Son (Annamite) Range that emerges from the west and juts into the South China Sea, forming the Hai Van Peninsula and the adjoining Son Tra Island. 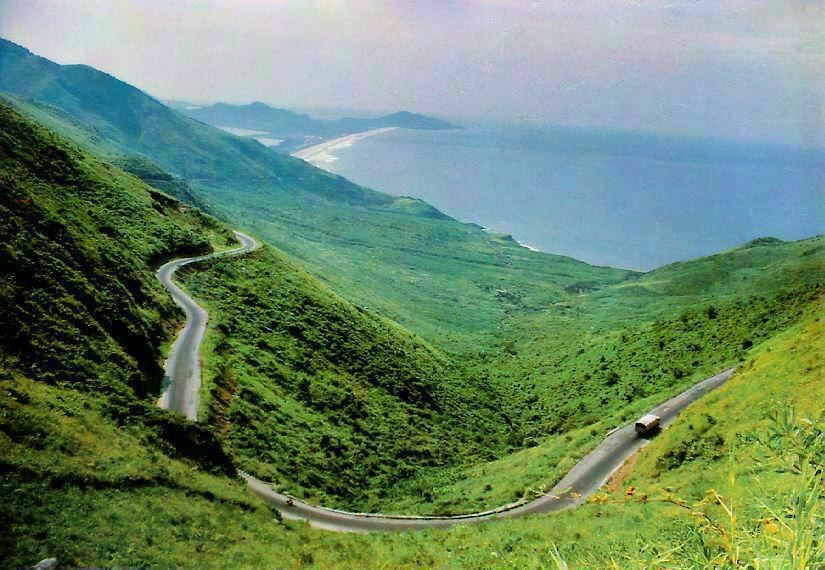 The twisting road on the pass has long been a challenge for drivers traveling between the cities of Hue and Danang.

Since the completion of Hai Van Tunnel, traffic flow and safety have improved. However, many visitors still love to travel through Hai Van Pass to explore the dangerous stretches of road and conquer themselves.

The crooked road winding along the mountainside looks like the ribbon like crossing the heaven and earth and hiding among woodlands and mountains. It deserves to be one of the most impressive mountain passes in Vietnam.

This is really a monumental natural painting created by the wonders of the Creator and the talent of the man-made. All blends together to create an extremely impressive landscape. 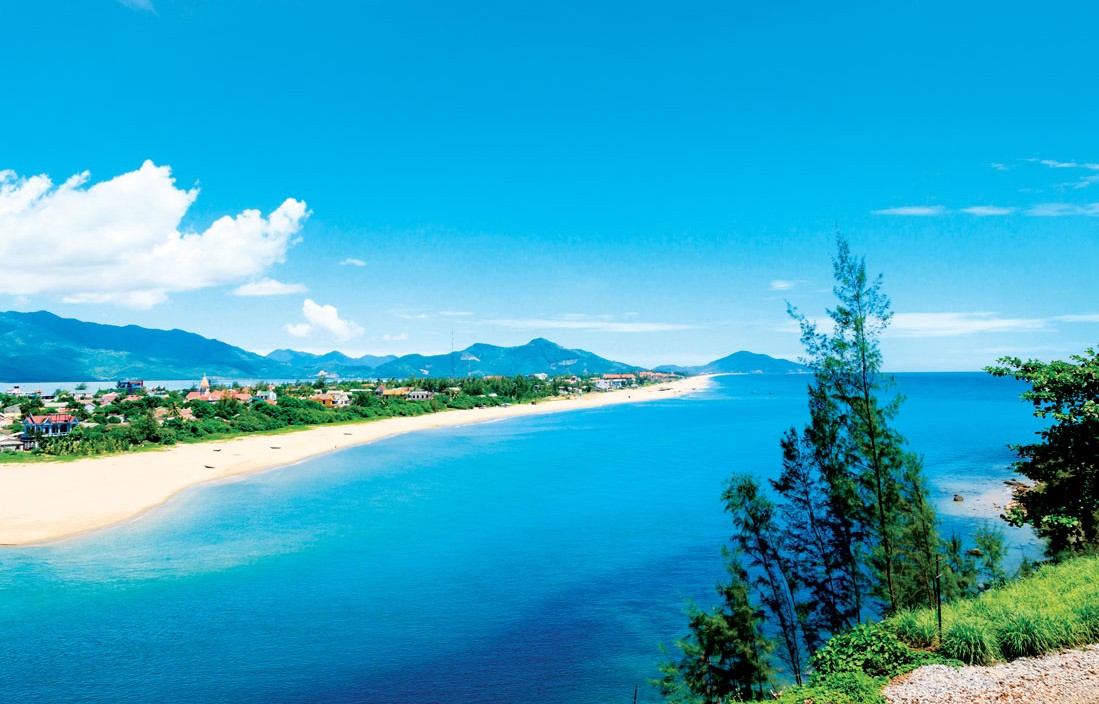 Lang Co bay is located in Phu Loc District in Hue Province in the central area of Vietnam, near Hai Van Pass – the longest pass of Vietnam.

With pristine space of the mountains and bustling lifestyle with ships passing, Lang Co Bay really attract visitors at the first sight of its irresistible beauty. Coming to Lang Co Bay, you will be overwhelmed by the emerald beach, sloping golden sand, red tile roofs stand out from the fragile haze, the waves slapping around the mountainside and the image of fishing boats of fishermen on the waters actually appeal tourists . 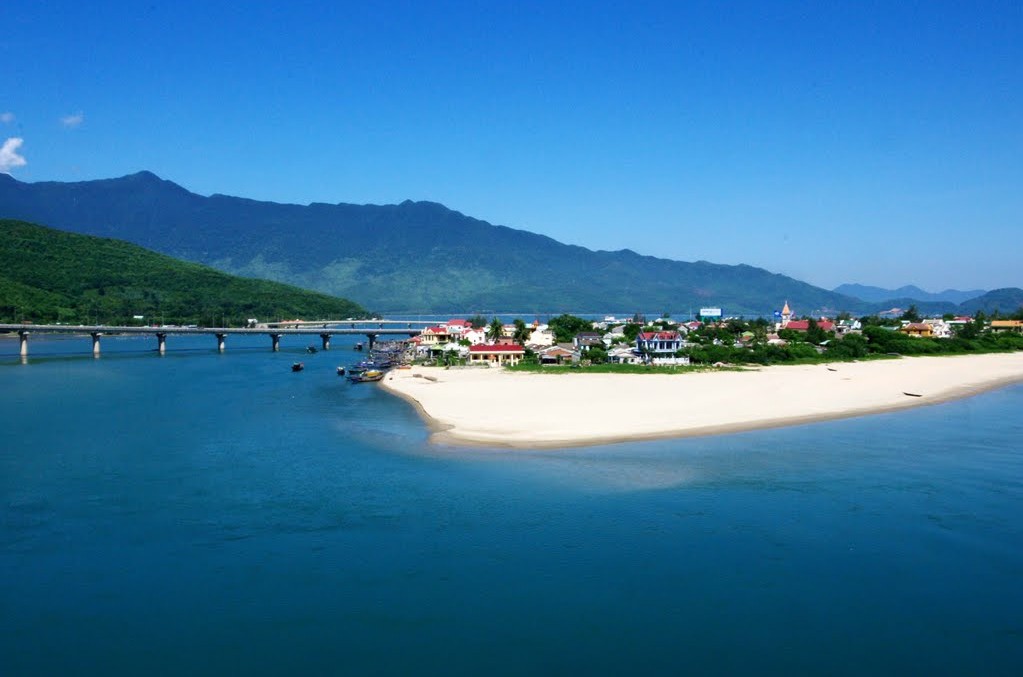 Smooth white sand and ocean blue water of the bay spreads out 10 km long that never fail to allure any tourist. All have made an extremely impressive scenery and charming painting. 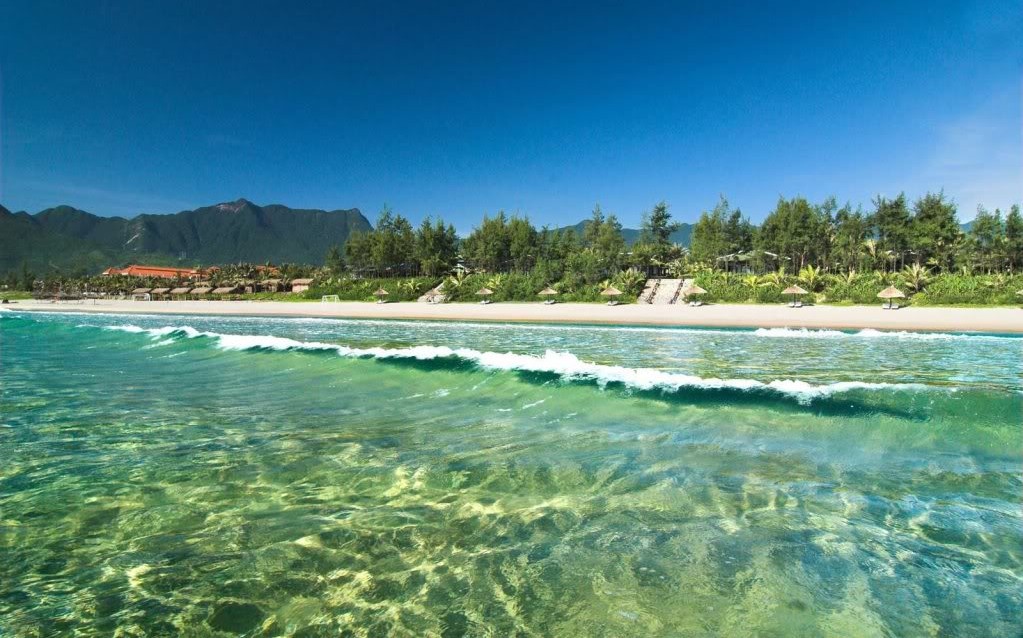 Located 70km to the south of Hue city center, under the foot of Hai Van Pass. Lap An Lagoon is endowed with a meandering path looking like a soft silk. This lagoon is one of the most beautiful places of Thua Thien-Hue province and a part of the Gulf of Lang Co.

Here, there is a special kind of seafood called “special food” or “pearl of heaven” ,… it’s oysters. Local people has known how to catch oyster by worn tires.

The best timing to enjoy the beauty of Lap An is sunset, visitors will be enchanted by this perfectly spectacular natural landscape and just want to take lots of pictures to catch the stunning moments of creation that may be hard to admire again. 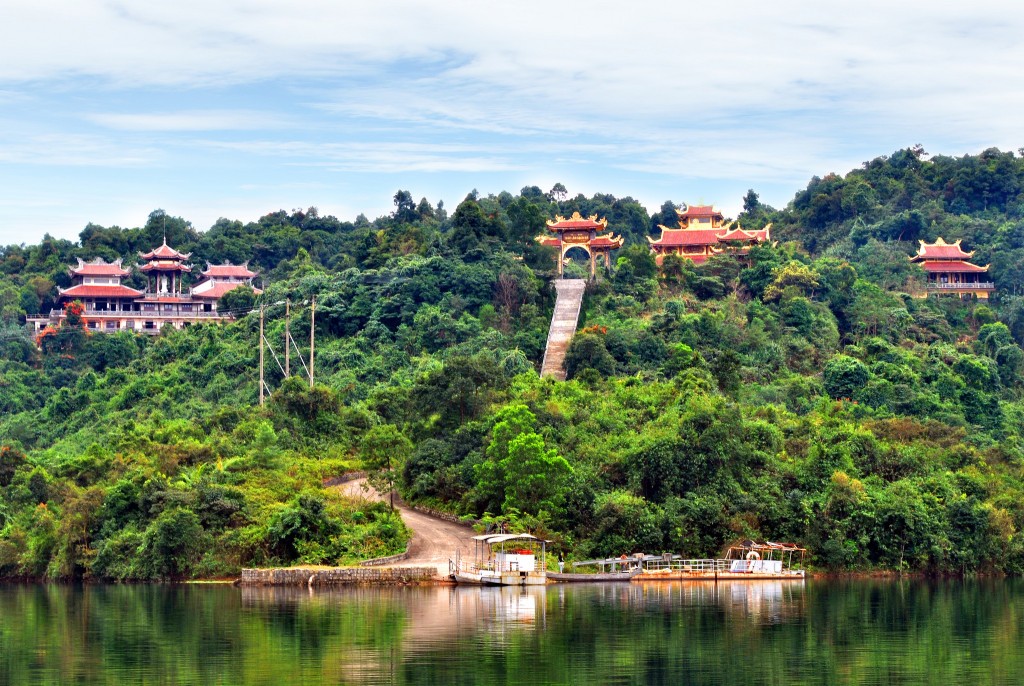 Far about 10 km from National Highway 1A, about 35km from Hue city and 65km from Da Nang city, Truc Lam Bach Ma Zen Monastery is one of the spiritual tourist attractions in Hue alluring a large number of tourists at home and abroad. 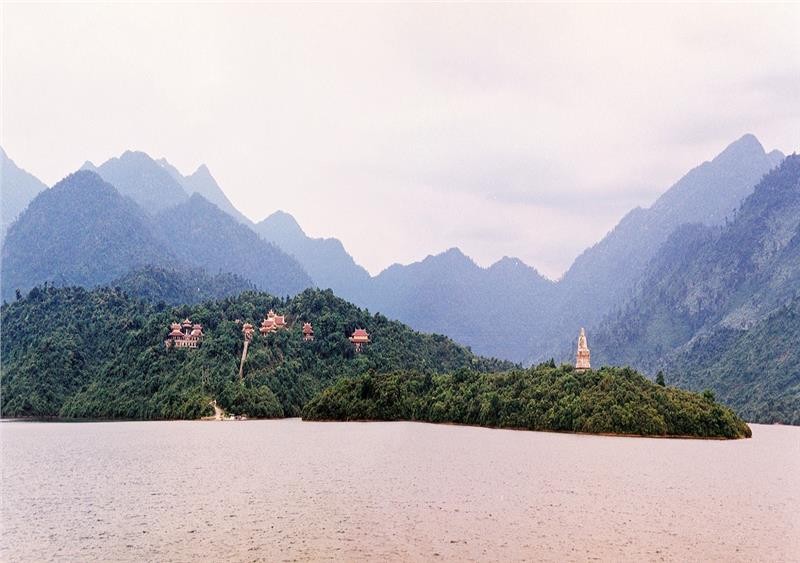 It is known as the charming tourist site which facilitates to explore Hue travel. Tourists once setting foot on the Zen Monastery will definitely experience the wonderful moments nowhere else can be found.

It will take about 15 minutes to get the Zen monastery through Truoi Lake. Looking around from the Zen Monastery, tourists will find it easy to catch white clouds floating at the bottom of turquoise lakes or admire the stone statue of Buddha 24 meters high and weighing 1,500 tons meditating on the hill in front of the pagoda. 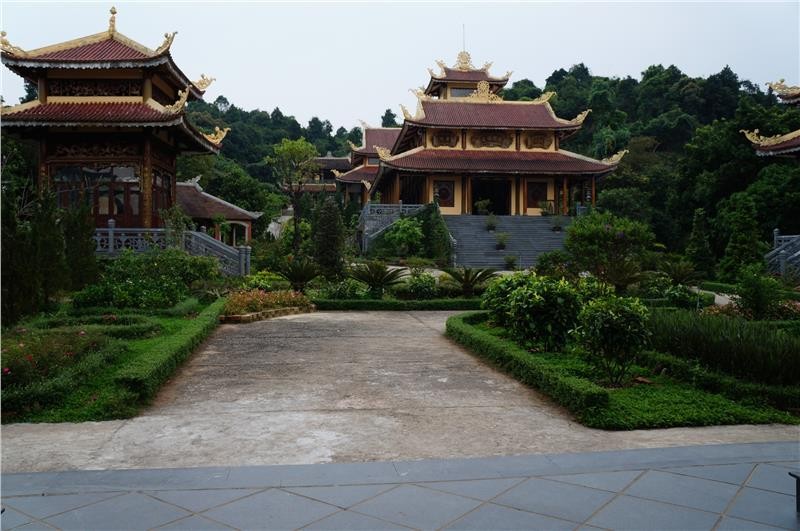 The charming features have contributed to bringing Truc Lam Zen Monastery to become one of appealing tourist Hue attractions alluring the great number of both domestic and international tourists. 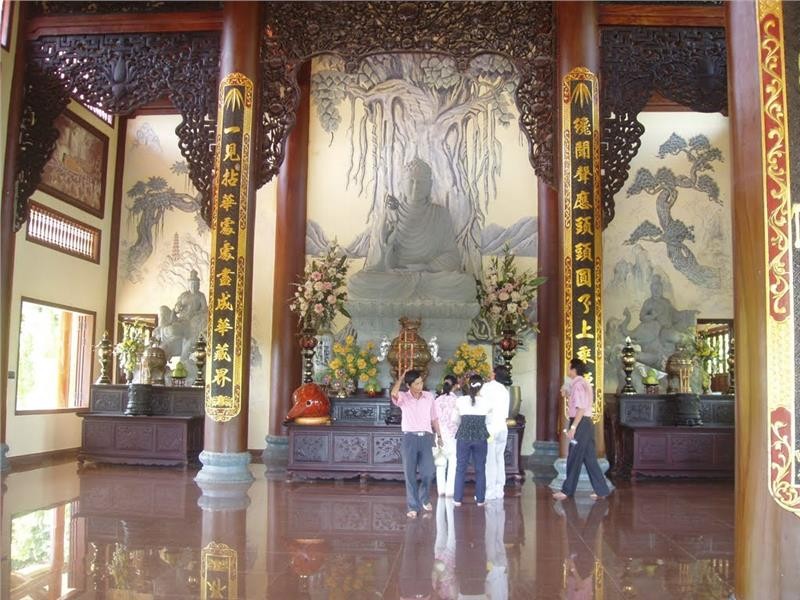 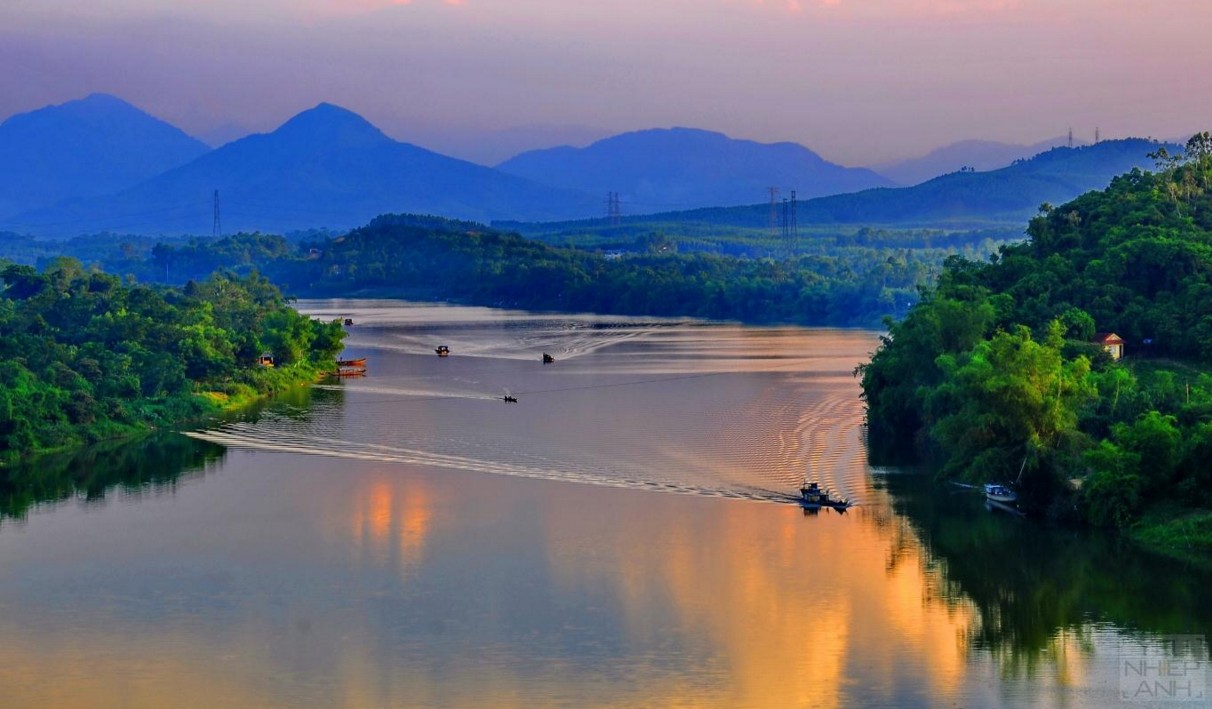 As one symbol of Hue City, Perfume River — Ngu Mountain is liken to an inseparable couple, always exist together. Referring to the two sites, people often think of a poetic image with rivers winding between mountains, hills and then slowly passing verdant villages like Vi Da, Dong Ba… 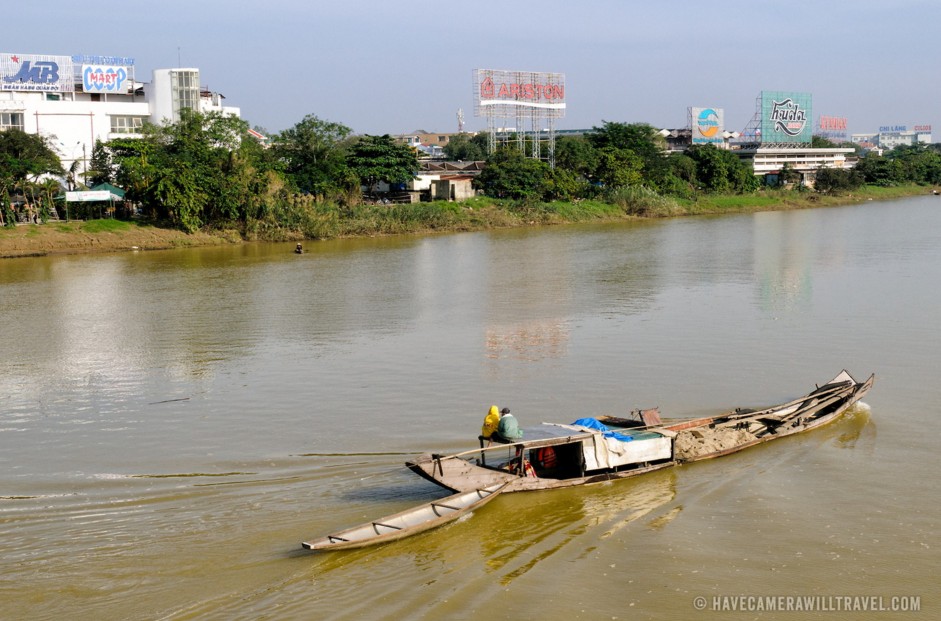 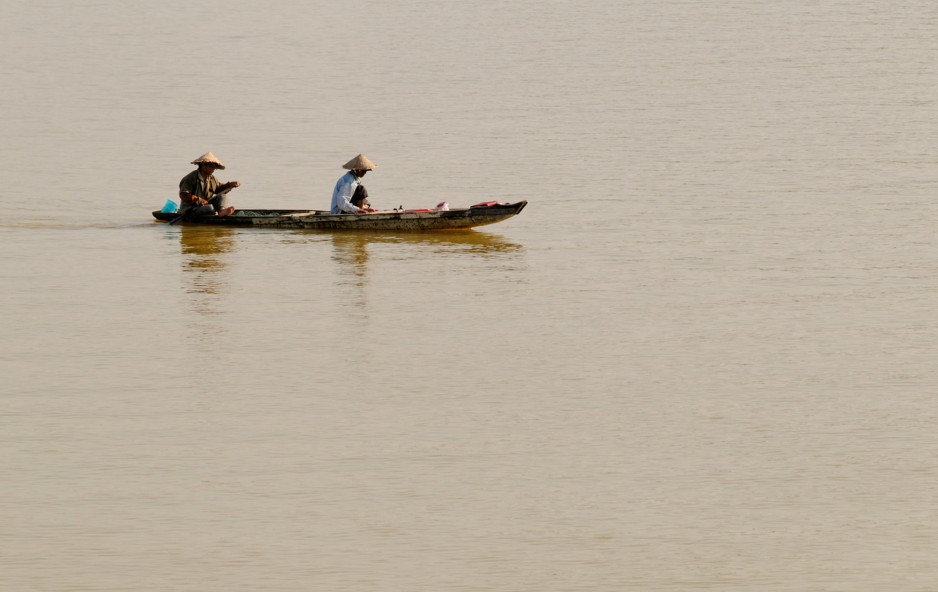 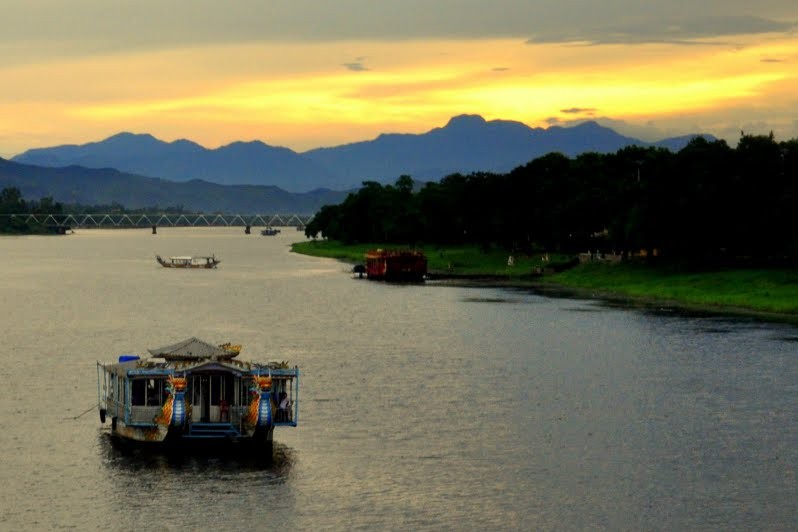 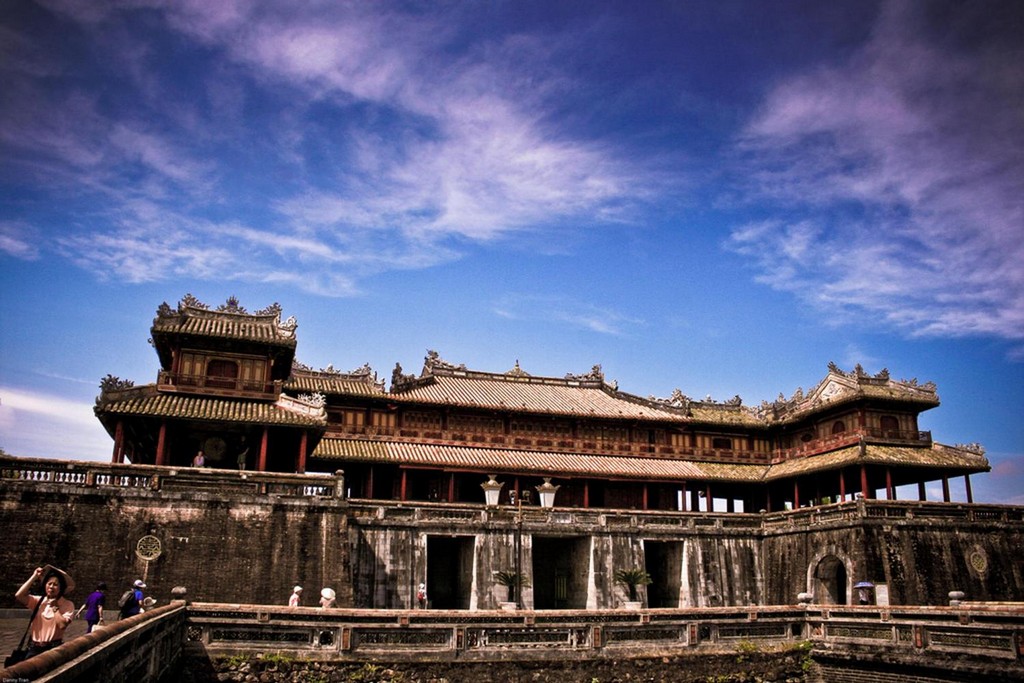 Mentioning about Hue, people immediately think of an imperial city with a lot of historical relics, the magnificent Forbidden City, and a number of mysterious mausoleums of the Nguyen Dynasty.

Being one of Vietnam’s seven UNESCO World Heritage Sites, the Imperial City of Hue has long been a must-see attraction for tourists visiting a hidden charm of Vietnam. 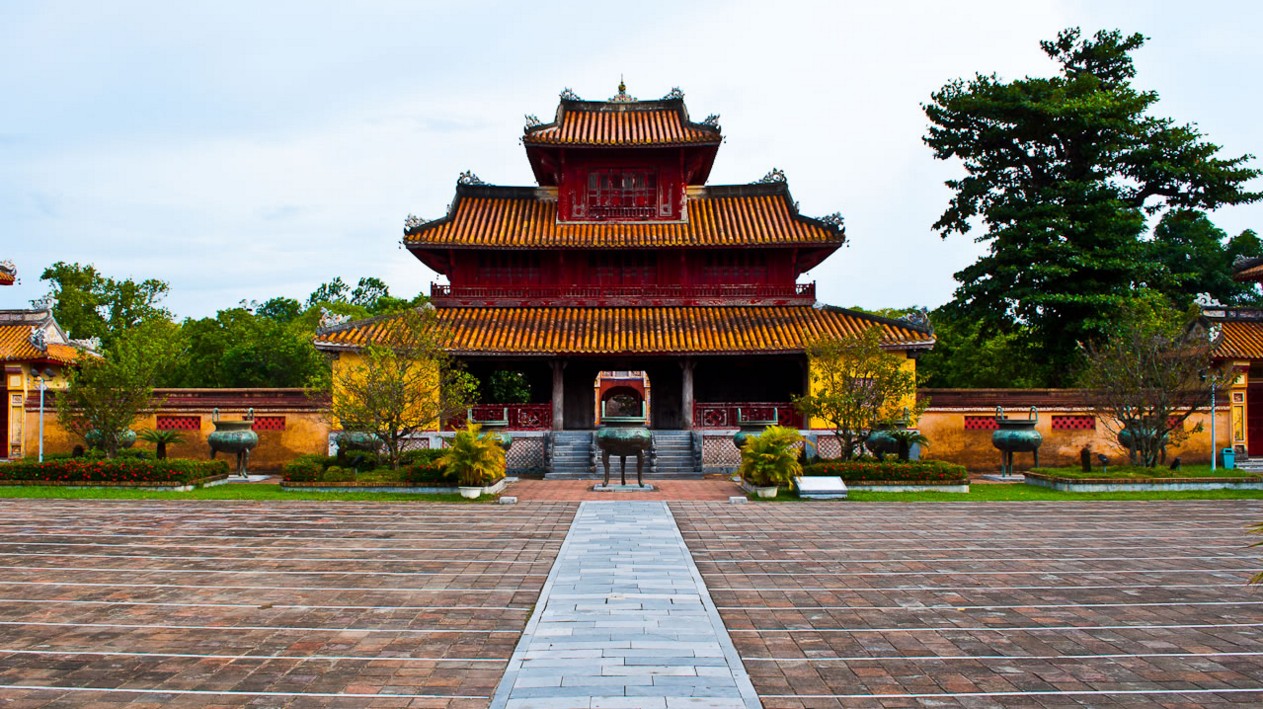 And it is also considered as an ideal place to take photos in Hue. 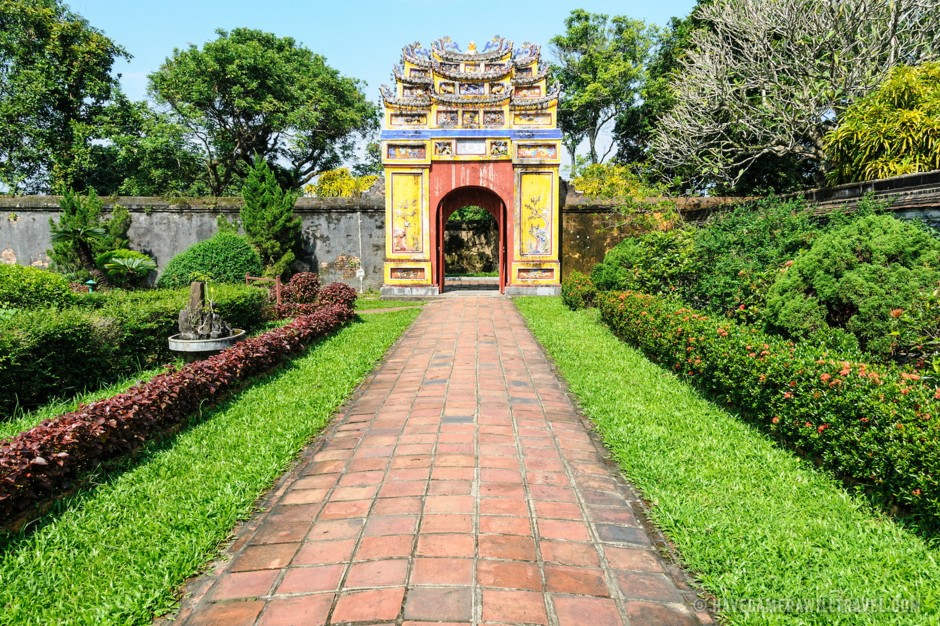 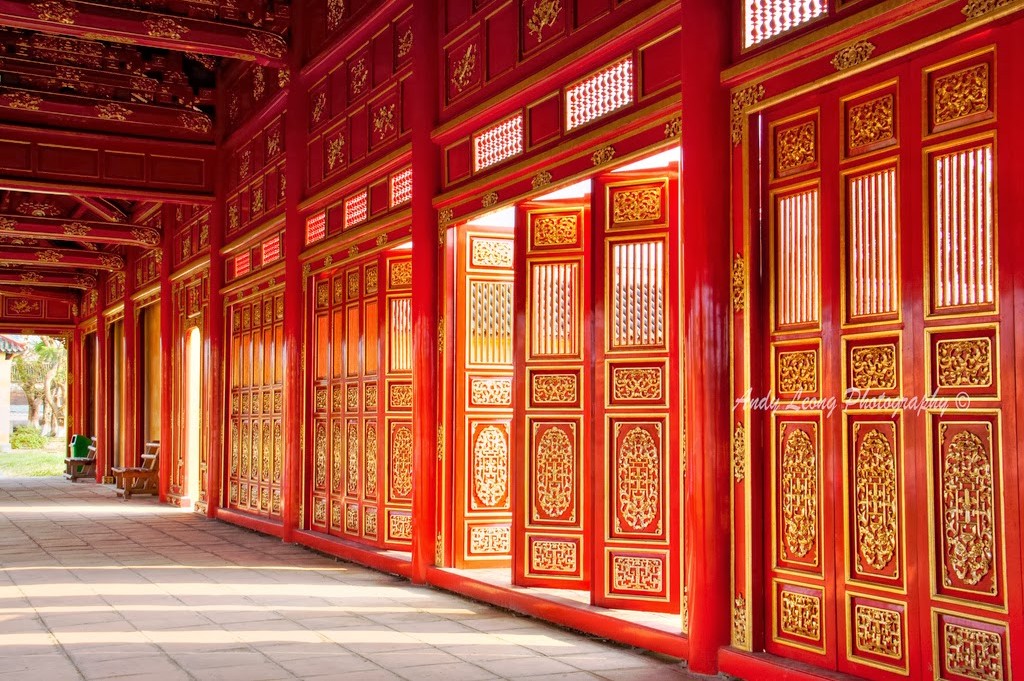 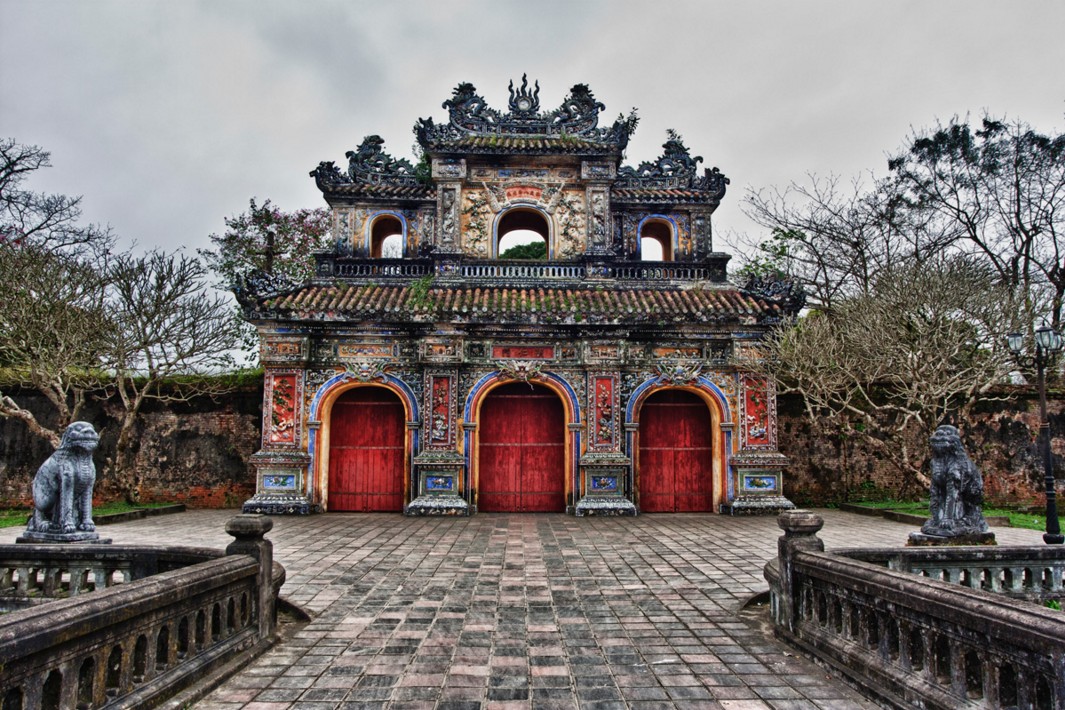 Thuan An beach is situated nearby Thuan An mouth, where Huong River runs to Tam Giang lagoon and then to the sea. Thuan An beach is far from Hue 13 km. Plenty small boats, junks drift up and down the river on the left of the route from Hue center to the beach, and on the right there are houses, temples, pagodas, rice field, and gardens successively spread out.

Thuan An is a very enjoyable place for all tourists after a full day to visit Citadel, mausoleums, pagodas, and Hue scenery.

Traveling to Thuan An Beach, in addition to being satisfied to immerse in the blue water, visitors here can rent a tent and explore the wilderness right on the beach. When the night comes, you can walk along the beach to find out the hidden beauty of the calm sea.

At the same time, enjoy the delicious taste of seafood will make your trip enjoyable and have unforgettable experiences.

It is well known as the largest brackish water lagoon in Southeast Asia, from Hue city about 12km, Tam Giang Lagoon is located in three districts of Phong Dien, Quang Dien, Huong Tra carrying the pristine beauty, tranquility makes anyone who comes here speechless with the magnificent beauty. 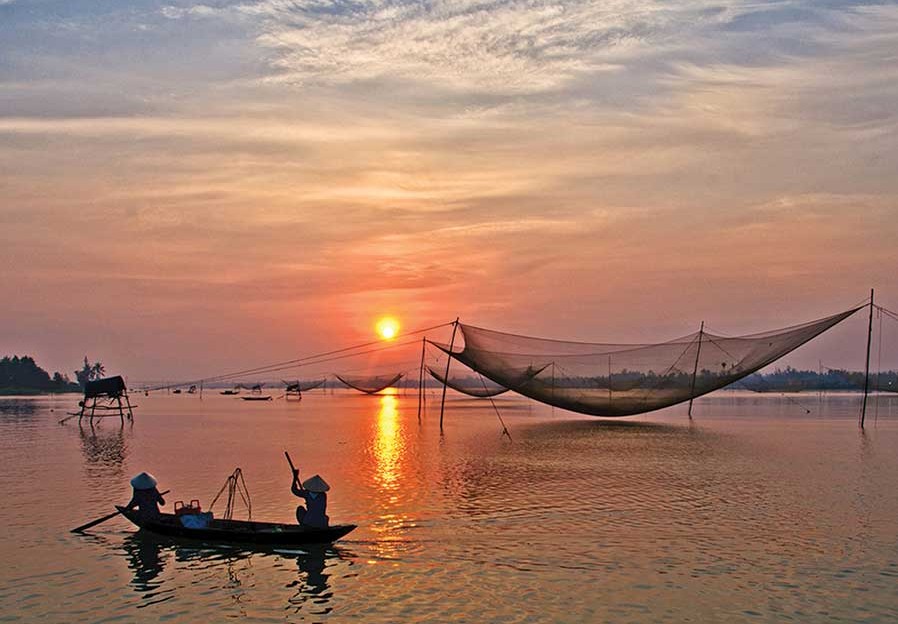 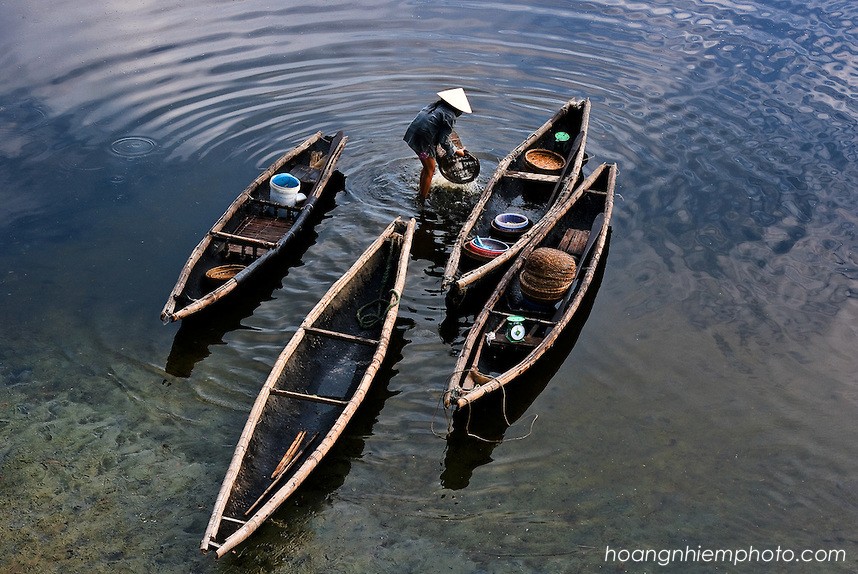 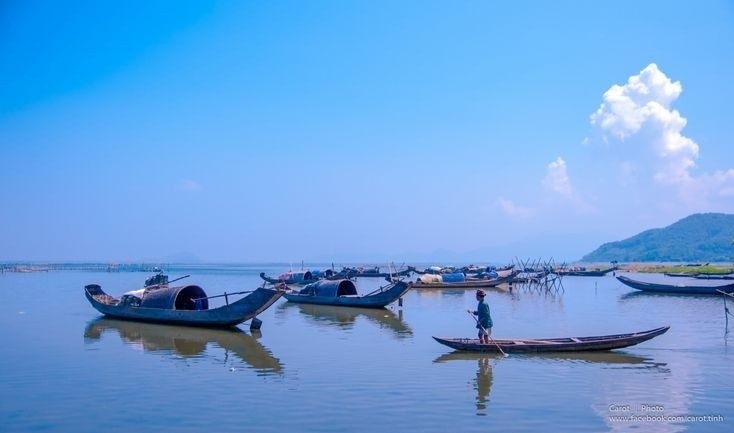 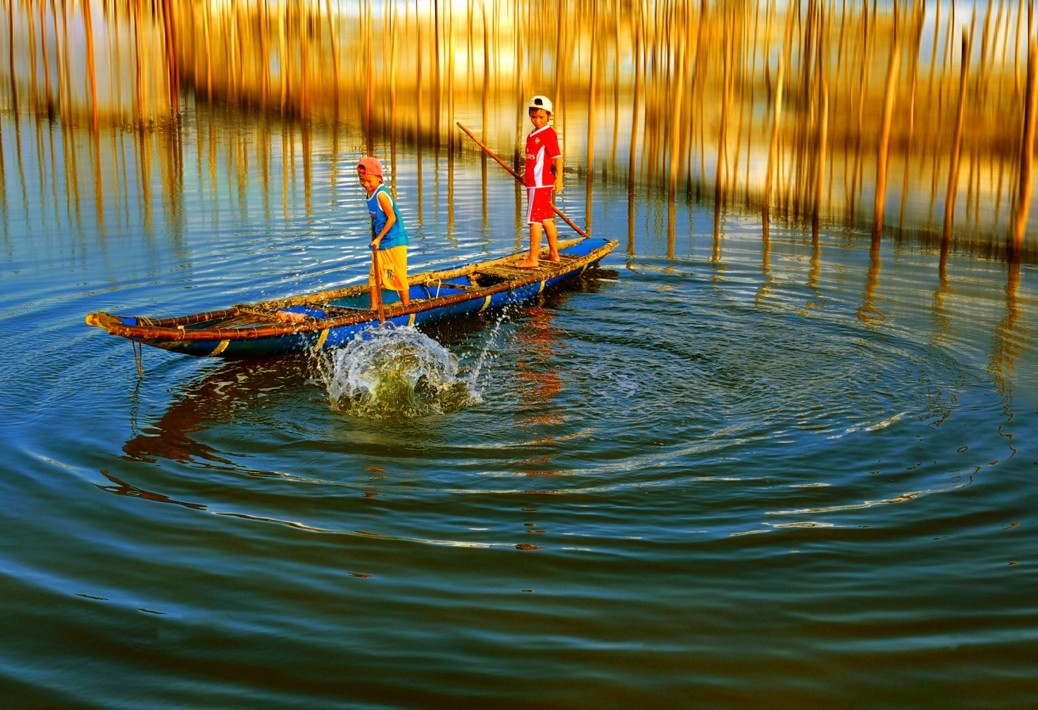 Guests visiting Tam Giang should not miss a moment dawn, by this time you sit on the small boat and immersed in the romantic and poetry scene which will be an unforgettable experience.

It’s 60km away from Hue city center to the South, crossing the territory of Thua Luu, Loc Tien village, Phu Loc district, between some famous places such as Bach Ma Mount, Lang Co Beach, Chan May Port . Visitors will come to Elephant Stream, a stream with many large waterfalls flushing under a thick vegetation of primeval forests.

The stream is named Suoi Voi (Elephant Spring) because small and large stones look like the elephants playing in the middle of the cool streams.

Especially, a big elephant stone lies next to the waterfall, a stream of water sprayed continuously from its hose, making anyone interesting. At that time, you can imagine that you are standing in the middle of a forest with many rare animals.

There is also a lake named Elephant Dam located between two waterfalls, a natural pool with the area about 30 square meters, 2 meters deep. Here, you can swim and soak in cool blue water that you can even see the lake’s bottom or sat on the flat rocks and breathe fresh air, or listen to the sound of the water pouring, the wind flowing, the birds singing, or stroll among the green trees.

In addition, the visitors can hang on to the roots of trees and swing yourself on it to find the thrills.

It’s about 45km away from Hue’s city center to the South, and nearly 4km from 1A Highway, Nhi Ho Waterfall is in Hoa Mau village , Loc Tri Commune, Phu Loc district.

It is considered as a masterpiece that nature has generously bestowed upon this poor rural area. Waterfall is a marvel of nature, beautiful as a watercolor picture, with a waterfall pouring down from the cliff that floated gently to form two fresh green pools as its name.

Nhi Ho waterfall has attracted tourists for a long time, especially youngsters. Tourists come to this place to escape the heat of summer and to enjoy the nature and traditional foods.

Especially, Nhi Ho waterfall located near other attractions like Truoi Dam, the Elephant Springs, Lang Co Bay so tourists can plan a tour to go around all those places. 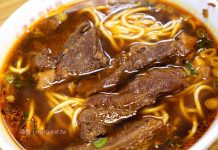 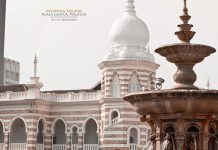 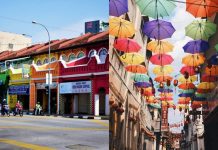 Where to go in Chiayi? — Top 5 Chiayi city attractions & Chiayi places to visit you should-go