Latin America and the Caribbean are in the early stages of a rapidly developing health crisis that may pose a dire threat to people all over the world, but you would never guess it after talking with travelers who have trips to the region already booked.

As I spoke with colleagues who are soon to join me in Córdoba, Argentina, for four months of travel around South America by way of the Remote Year program, a familiar refrain emerged.

Variations on “I’m not pregnant, and don’t intend to be anytime soon” and “I’m a man, so I’m pretty sure I’ll be fine” predominated in response to the question of what sort of precautions individuals would be taking as our group moved between temporary hometowns in Argentina, Peru, and Bolivia.

Their answers point to a potential messaging problem on the part of the World Health Organization, a specialized arm of the United Nations charged with monitoring disease outbreaks on an international scale, and the U.S. Centers for Disease Control (CDC).

What people are hearing about Zika is its potential to cause microcephaly, a neurological condition in which infants are born with smaller-than-average heads and, in many cases, compromised brain function.

But right there on the CDC’s website, and mentioned nearly as often as microcephaly, is the Zika’s potential to cause Guillain-Barré syndrome (GBS), a sometimes life-threatening autoimmune disorder that can leave patients virtually paralyzed, with full recovery taking up to six months.

And, unlike microcephaly, GBS doesn’t discriminate; people of all ages and both sexes are equally prone to the disorder.

This begs the question:

Dr. Alberto R. Zambrano, professor of public health at Central University of Venezuela’s school of medicine, says the answer is more complicated than that.

“Guillain-Barré syndrome shouldn’t be that big of a concern for travelers,” he said, “for less than one percent of Zika cases [lead to] this complication.”

Dr. Zambrano likened the virus to other mosquito-borne tropical diseases that can lead to GBS, such as Chikungunya virus and Dengue fever, that are widespread in Latin America and the Caribbean and, like Zika, also have “no vaccine nor specific antiviral treatment.”

For residents accustomed to tropical diseases, he said, Zika’s threat is simply more of the same during the annual warm, wet, rainy season when mosquitoes flourish. But when I asked Dr. Zambrano what this meant for travelers planning to visit the affected region, especially as spring-break season approaches, he was unequivocal:

“People need to know that [Zika] is far less dangerous than other outbreaks, like the Ebola virus, SARS, or H1N1 (swine flu).”

I spoke with Kelly Sheridan, a fellow American heading to Argentina with Remote Year, who echoed Dr. Zambrano’s sentiments. She reported that her own doctors, who were immunizing her for the year of international travel ahead, seemed largely unperturbed about Zika.

When she visited a travel clinic for a general pre-trip evaluation, her doctor mentioned Zika and emphasized the importance of mosquito-bite prevention to protect her health, but “seemed more concerned about other mosquito-borne illnesses like dengue [and] malaria [in the tropics] and Japanese encephalitis…later on [when our group will be traveling] in Southeast Asia.”

Is Avoiding Zika Even Possible?

The World Health Organization now believes that the mosquitoes that spread the virus, Aedes aegypti and Aedes albopictus—the same species that transmit dengue and chikungunya—will eventually make their way to all nations within the Western Hemisphere, excepting parts of Chile and Canada, where high elevation and colder climate may prevent the mosquitoes from breeding.

To be clear, this isn’t to say that cases of Zika won’t be reported elsewhere; the first sexually transmitted case was reported in Dallas, Texas, in early February. The CDC confirmed test results showing the virus present in the blood of a “nontraveler in the continental United States.”

The sexual transmission is unlikely the first of its kind, nor is it likely to be the last. There is also evidence that the Zika virus can be transmitted through blood transfusion.

Following announcements that the three largest airlines in the U.S.—American, Delta, and United—are responding to the health crisis by offering travelers the opportunity to cancel or postpone trips to Zika-affected areas without penalty, one might expect the cancellations to start pouring in.

But when the conversation shifted to the virus on a January 29 earnings call, American Airlines President Scott Kirby told listeners that while it is still “a little early to tell” what kind of an impact the Zika virus would have on international travel, “we haven’t seen a material change in bookings.”

He also pointed out another important difference between Zika and some of the other viruses that have impacted air travel in the past: “Zika is not airborne, so there is not a danger of it being transmitted between passengers.”

Nick Shapiro, a spokesperson for person-to-person vacation-rental company Airbnb, echoed Kirby’s sentiments in the context of the tourism industry’s housing sector. He reported that despite the fact that Airbnb has received only a small number of requests for information about Zika, the company is “communicating the risk of the virus to [its] community and offering women who are or who are trying to become pregnant and their travel companions refunds if requested.”

Shapiro says that Airbnb has been pleased with the speed at which the WHO and CDC have issued updates and advice about the virus to tourists and locals alike, and encourages its customers, regardless of their intended destination, to consult the appropriate health experts and government agencies as they make plans to travel.

In the end, that seems to be all anyone can ask of travelers insistent upon visiting areas where Zika is actively circulating, whether immediately or in the future, such as in August of this year when Brazil will host the Summer Olympics.

Of the latter scenario, Dr. Zambrano advises caution. “Of course” the virus will impact the festivities, he says. “At an event as big as the Olympic Games, which [will attract] thousands of tourists worldwide…to a zone in which there is Zika, you are more likely to see infection reports.”

WHO anticipates that up to four million people could become infected with the virus by the end of 2016, and, with large numbers of travelers expected to be in and out of the affected region, Zika is well poised to spread to other parts of the world.

But for now, and for better or worse, world travelers appear to be counting on a heady combination of common sense, optimism, and good old-fashioned bug spray to keep them safe abroad.

See Also: Tips for protecting yourself against the Zika virus

Kevin Farrell is a travel, hospitality, and technology journalist currently roving the world on a year-long remote working adventure. Follow him on Twitter and Instagram @ikevinfarrell. 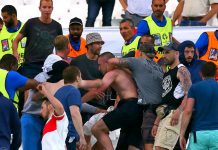 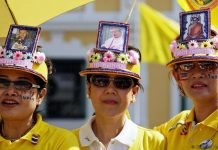 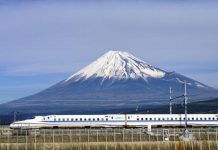 12 things to know before visiting Japan 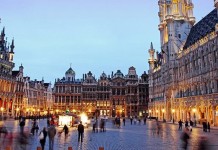 5 safety tips for traveling to europe for the first time 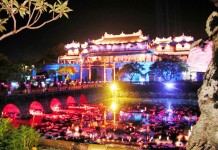